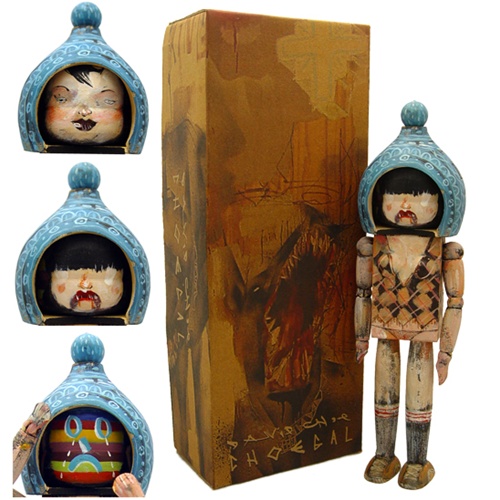 The long awaited wooden Choegal figure from David Choe has been released. Limited to 1000 pieces and priced modestly at $45, it features mechanical parts, three facial expressions (happy, sad, angry), and comes with a mini comic book. These were produced and available here at Ningyoushi in conjunction with Upper Playground. We believe these are all hand-painted so no two are different, but not by Choe.

For those interested, there is a release party at Giant Robot 2 on December 23 (6-8pm) with Choe present for signing.Â  Also, a closer look at Choegal after the jump. 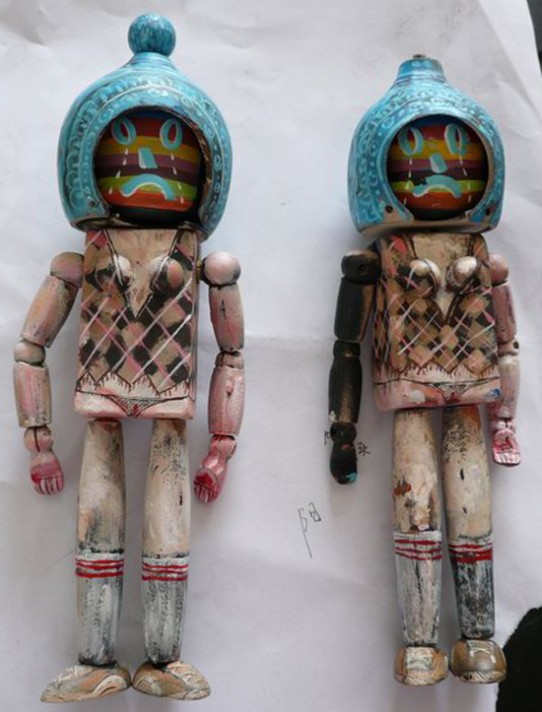