Earlier this morning, we gave you a heads up about SABER (interviewed) taking to the skies of New York CIty. Later at approximately 1:30pm he launched his aerial assault on the Big Apple. Utilizing five jets in precision formation, Saber again stated his mind and tagged the atmosphere with his words. Similar to his drop in Los Angeles, there were shout outs to Art Work Rebels (AWR) and Mad Society Kings (MSK), but this time the socially conscious writer used his own money and time to speak out against Mitt Romney as he previously noted that if elected he would eliminate funding for The National Endowment for the Arts, PBS, and NPR. Utilizing the hashtag #DefendTheArts Saber aimed to provoke thought against the loss of the creative side of America. You can learn about the situation and donate for future Sky Tagging events here.

What was unique about this art project and NYC was it’s vertical urban landscape combined with the flatter surrounding boroughs. So when the words hit the sky, people fortunate enough to be outdoors to take pictures was able to post on Instagram under #DefendTheArts. Visible from Brooklyn, Queens, Bronx and even New Jersey, this campaign did not just exist for a moment in time – thanks to the beauty of social media, fans captured this event was able to share it with friends for a lasting impression. Check out a few pics seen from the streets around NYC below. 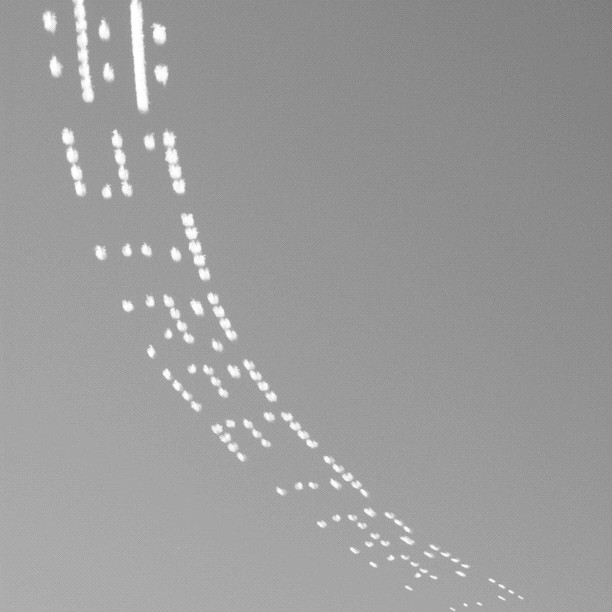 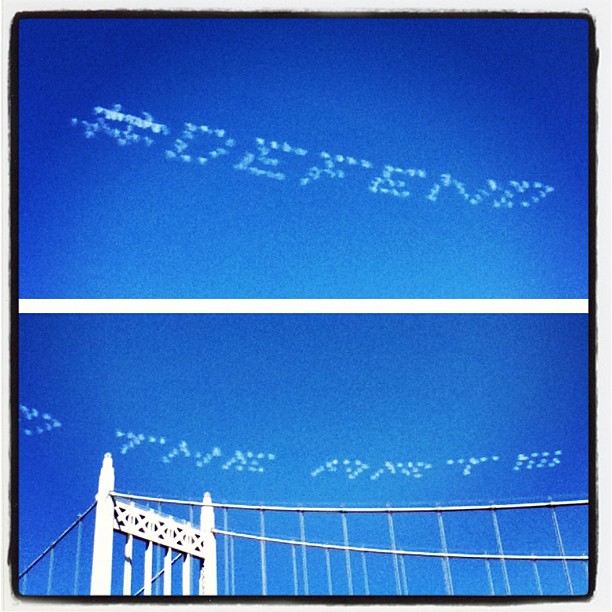 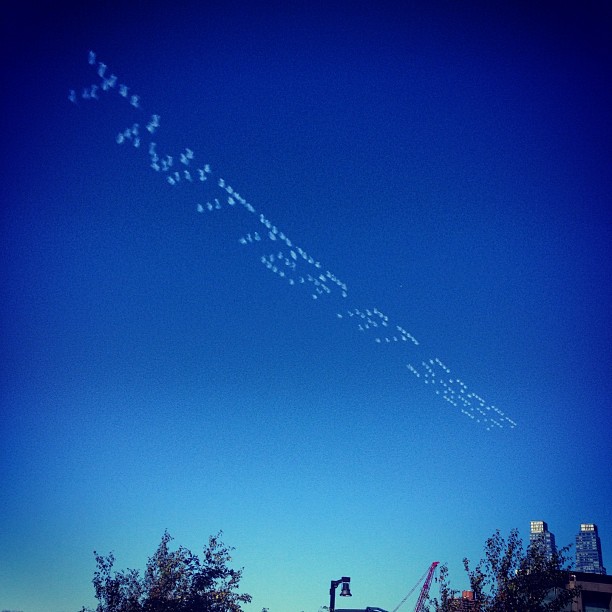 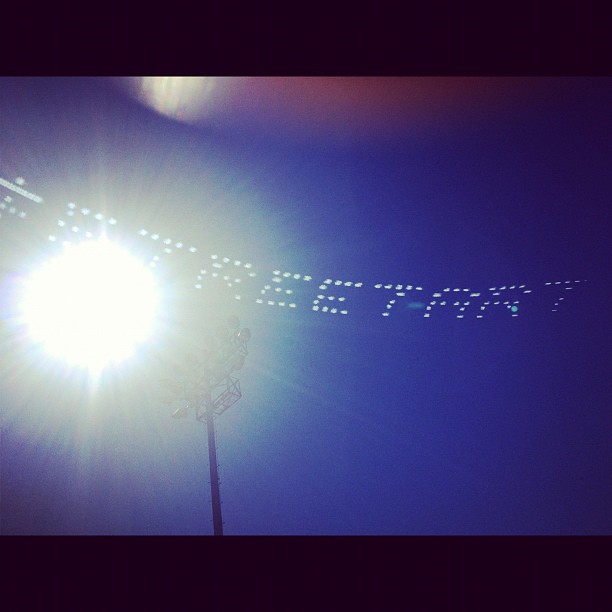 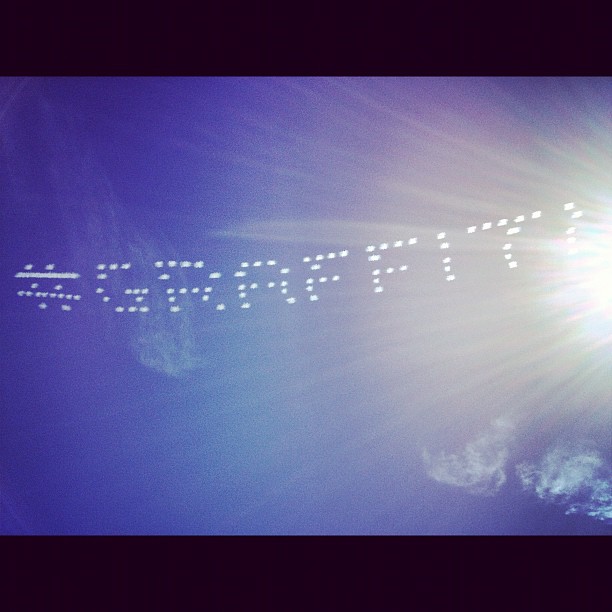 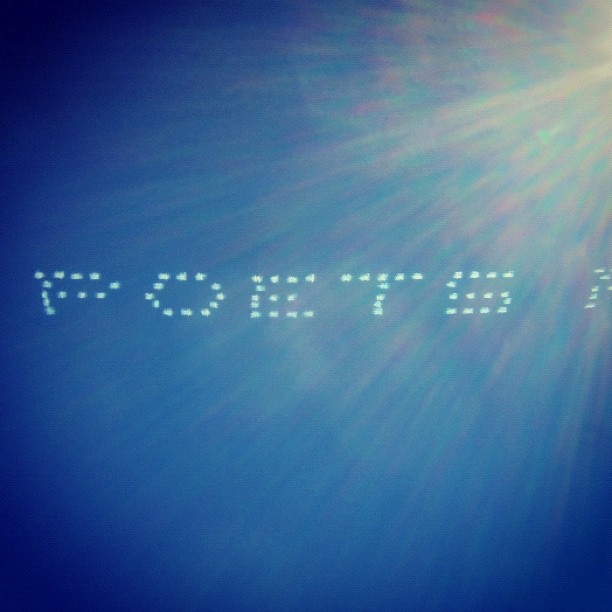 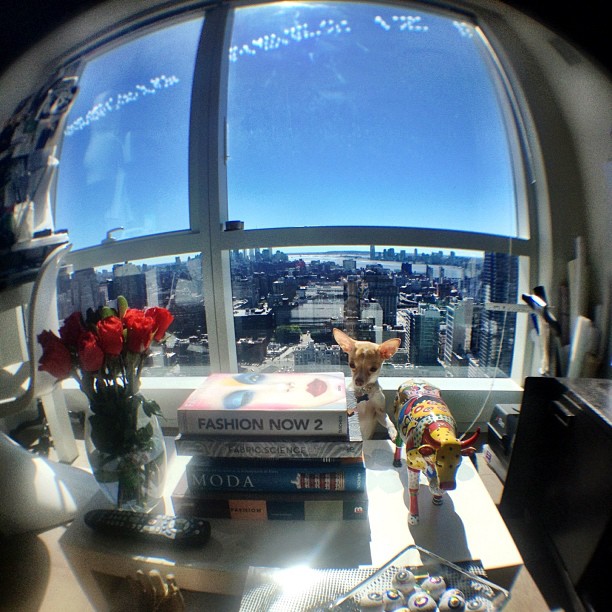 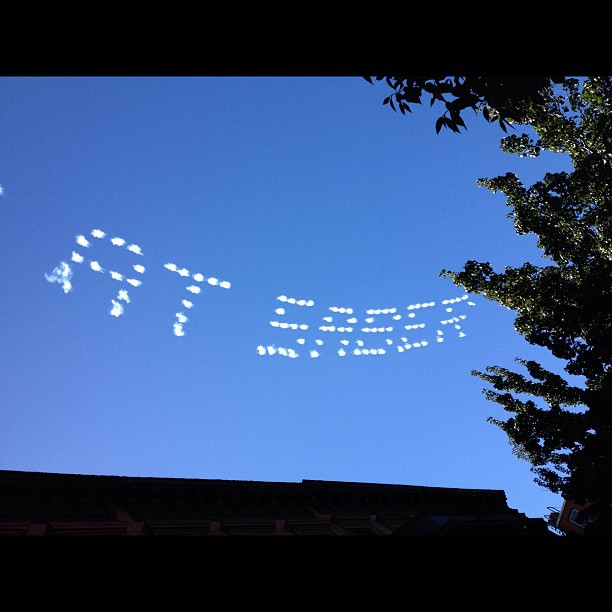