Next up on the mural creation project at start-up incubator JuiceTank is Hawaiian native Ian Kuali’i. The NYC-based artist has long served as Doze Green’s assistant and has really come into his own in the past few years. Utilizing a diverse mix of skill-sets such as intricate hand cut paper, acrylics and aerosols, Ian has consistently created intriguing mixed media artwork.

Integrating the themes of the Juice Tank creative space, Ian gave his modern take on communication & technology with twin deities representing gods Mercury and Hermes (both figures have been associated with speed, trade & merchants). Entitled Messenger this 16 x 8 foot bad boy was visually inspiring. Also look for Ian to be one of the new featured artists in Pow Wow Hawaii 2013. Check out photos of his creation process below. 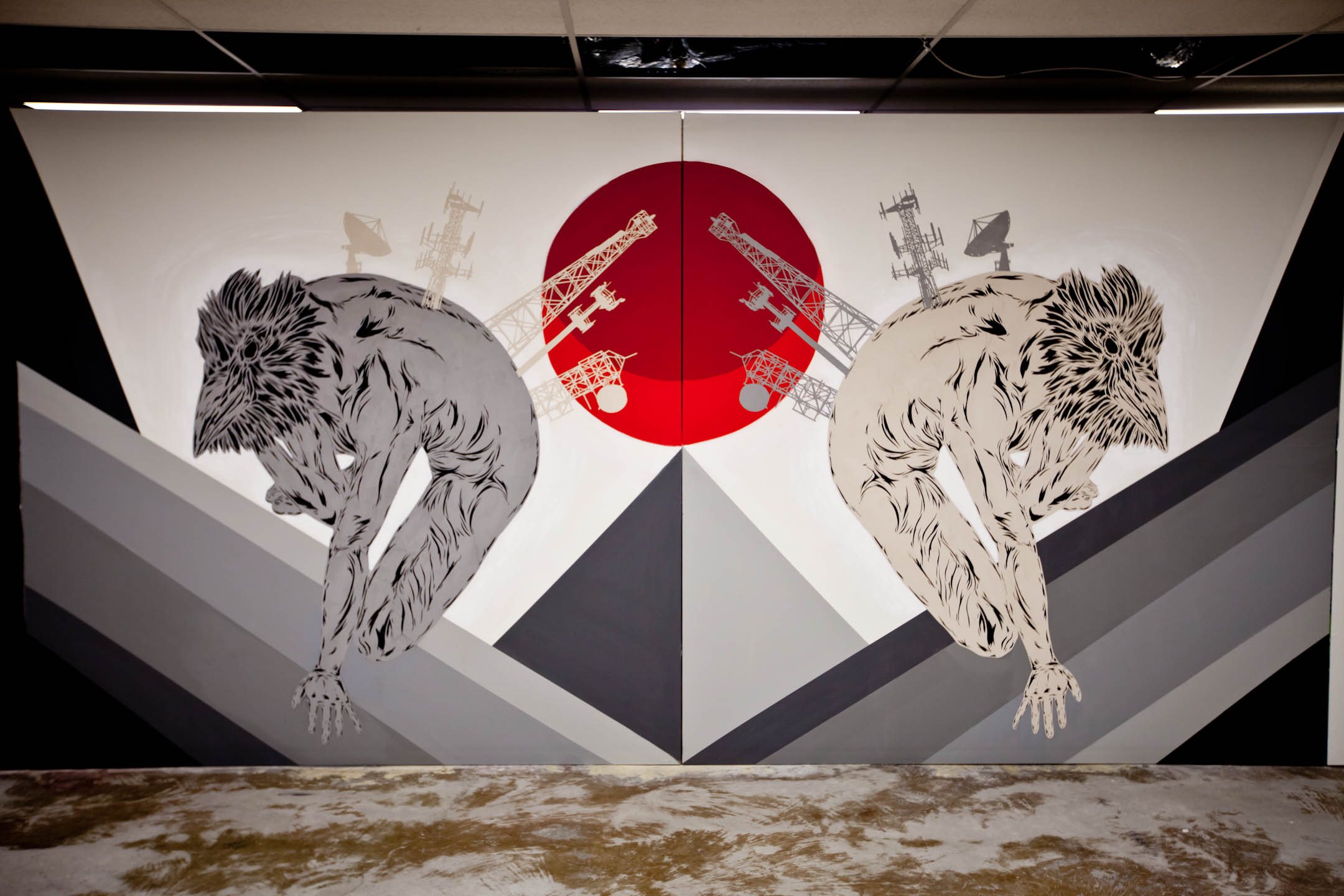 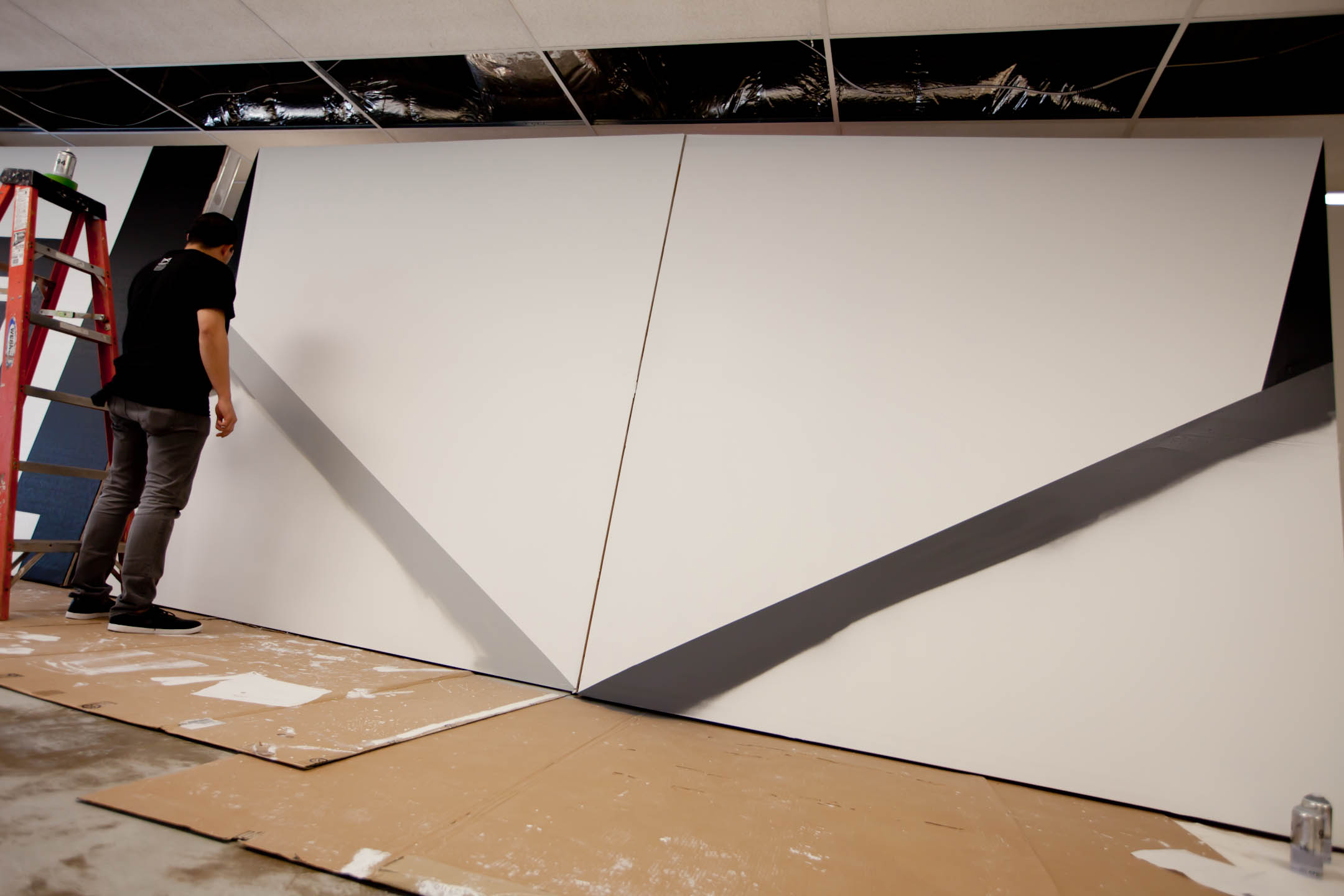 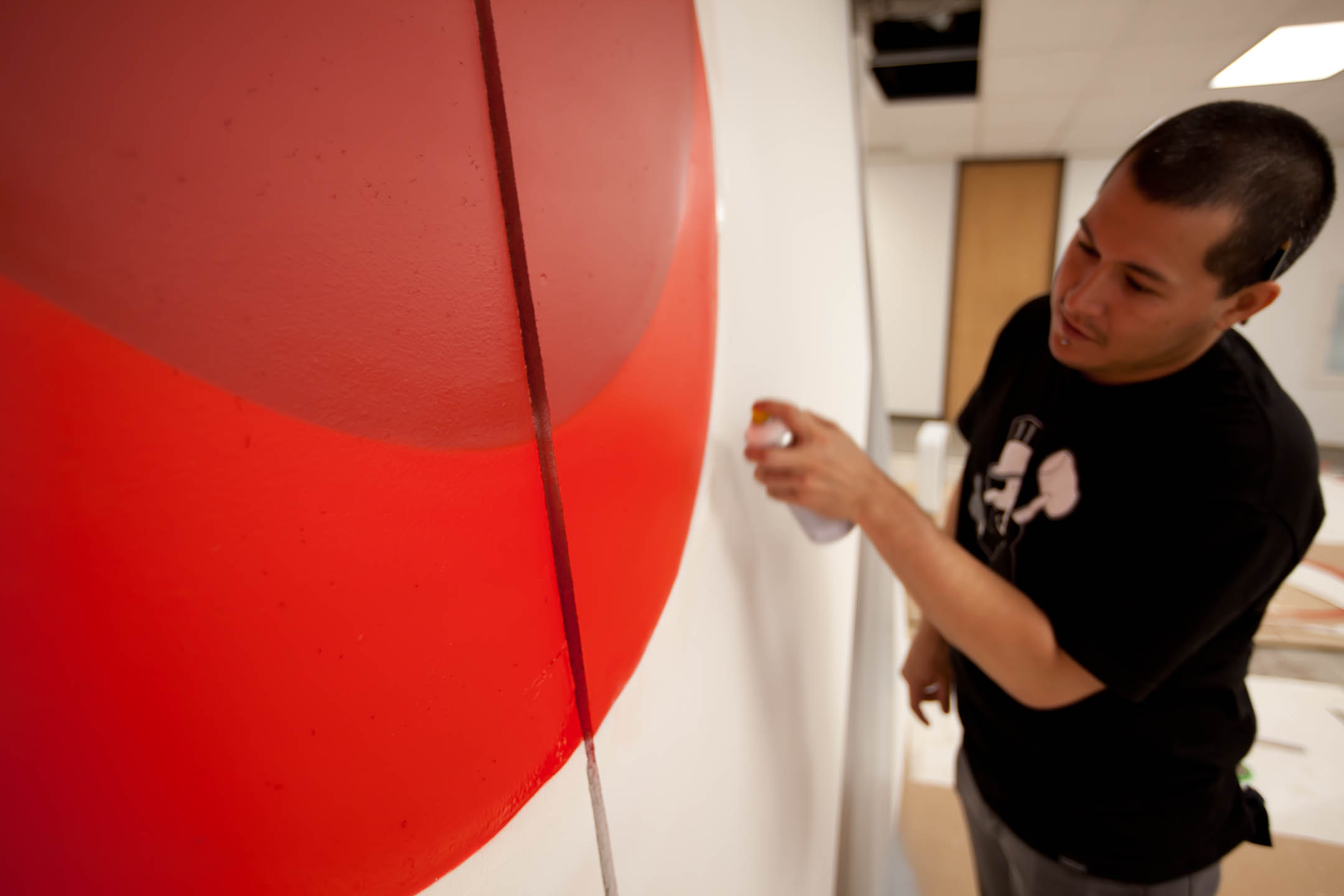 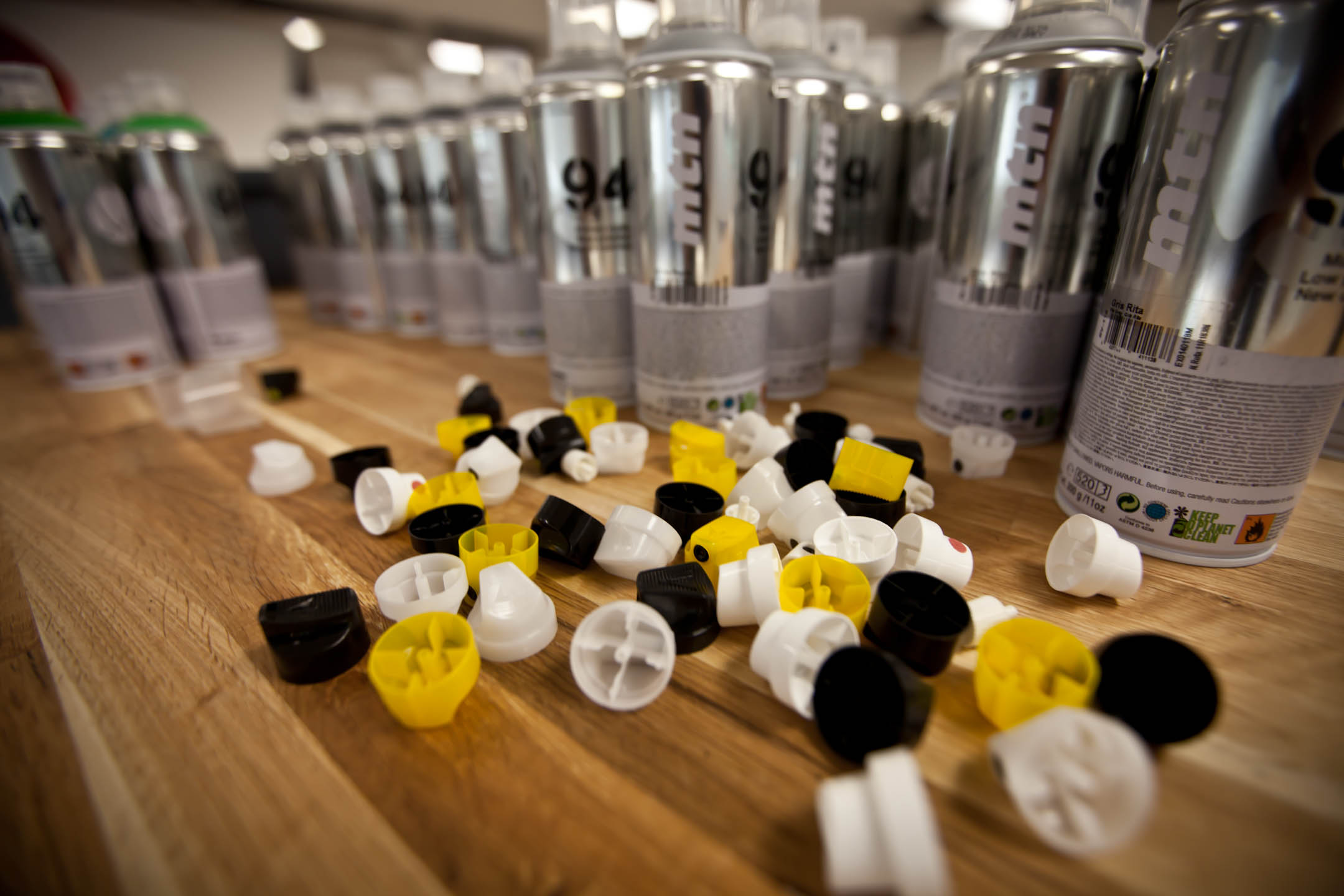 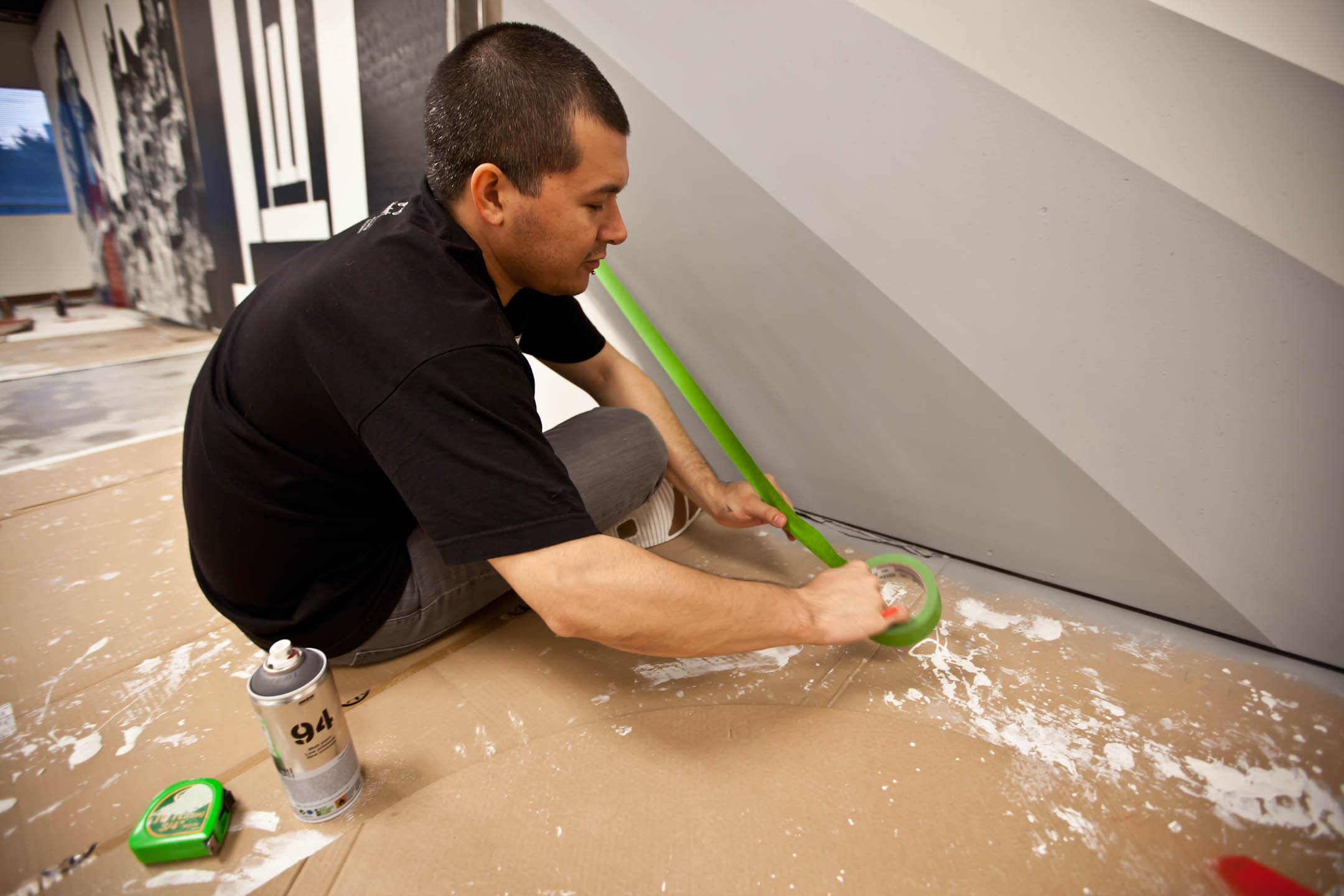 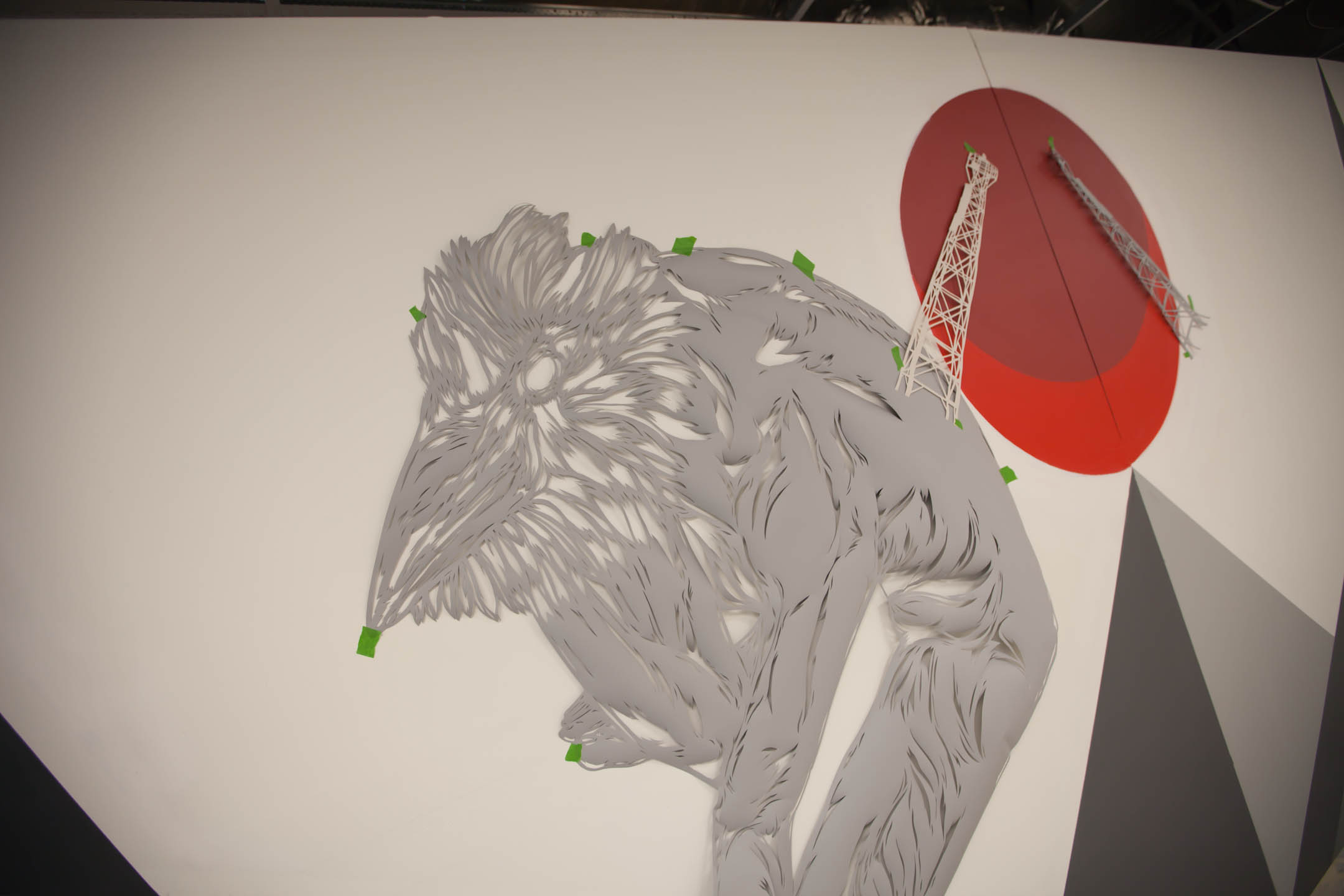 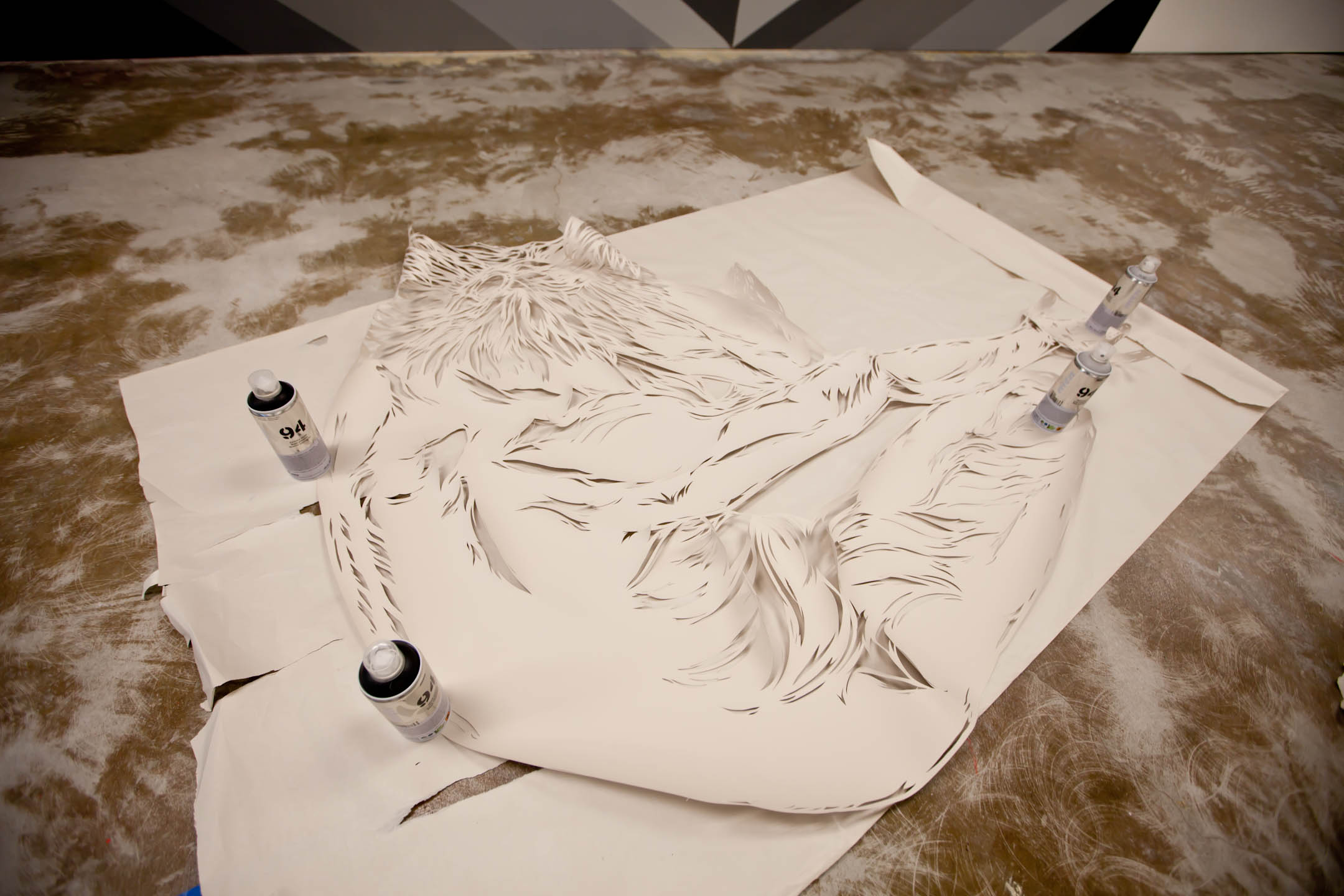 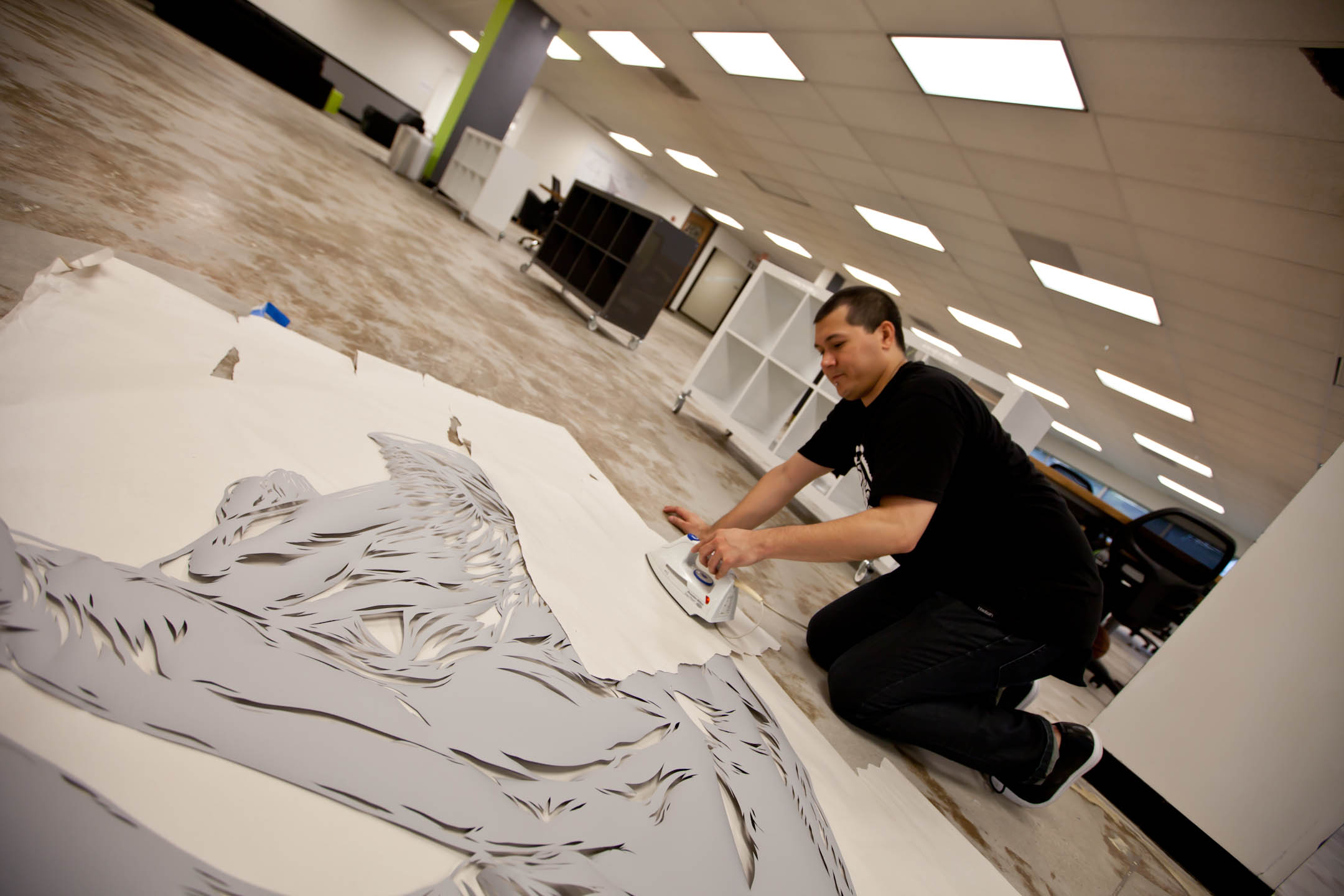