Last night in Seattle, after quickly selling out his charity print release, Josh Keyes (interviewed) drew back the curtains on an intriguing new collection of paintings that had been in the works for a while. Expanding on the imagery introduced at the end of last year with his Exodus 1 piece (which also made the show on loan from the collector), the Portland-based artist took a nostalgic look back at the influential visits to the Barnum & Bailey circus as a child, but through the lens of the less innocent and wiser adult years. With widespread mistreatment of animals in the industry, especially in those early years, the subject seems especially suited for Keyes’ cast of characters and dystopian aesthetic.

Head over for a look yourself (check out the sweet Kubrick 2001 reference in the painting above) as the show runs through December 1st at Roq La Rue. For those who won’t be able to make it, enjoy our photo set below… 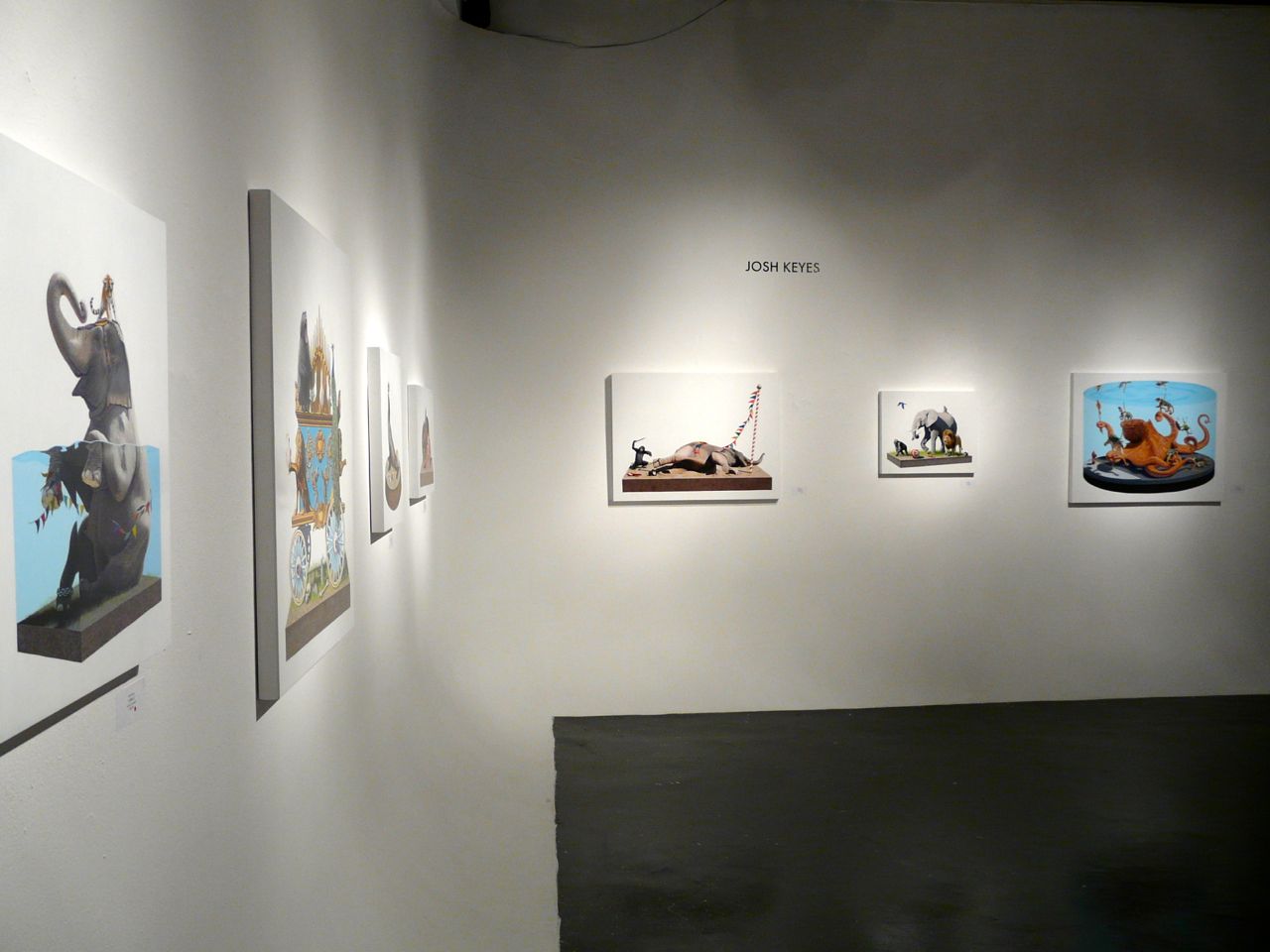 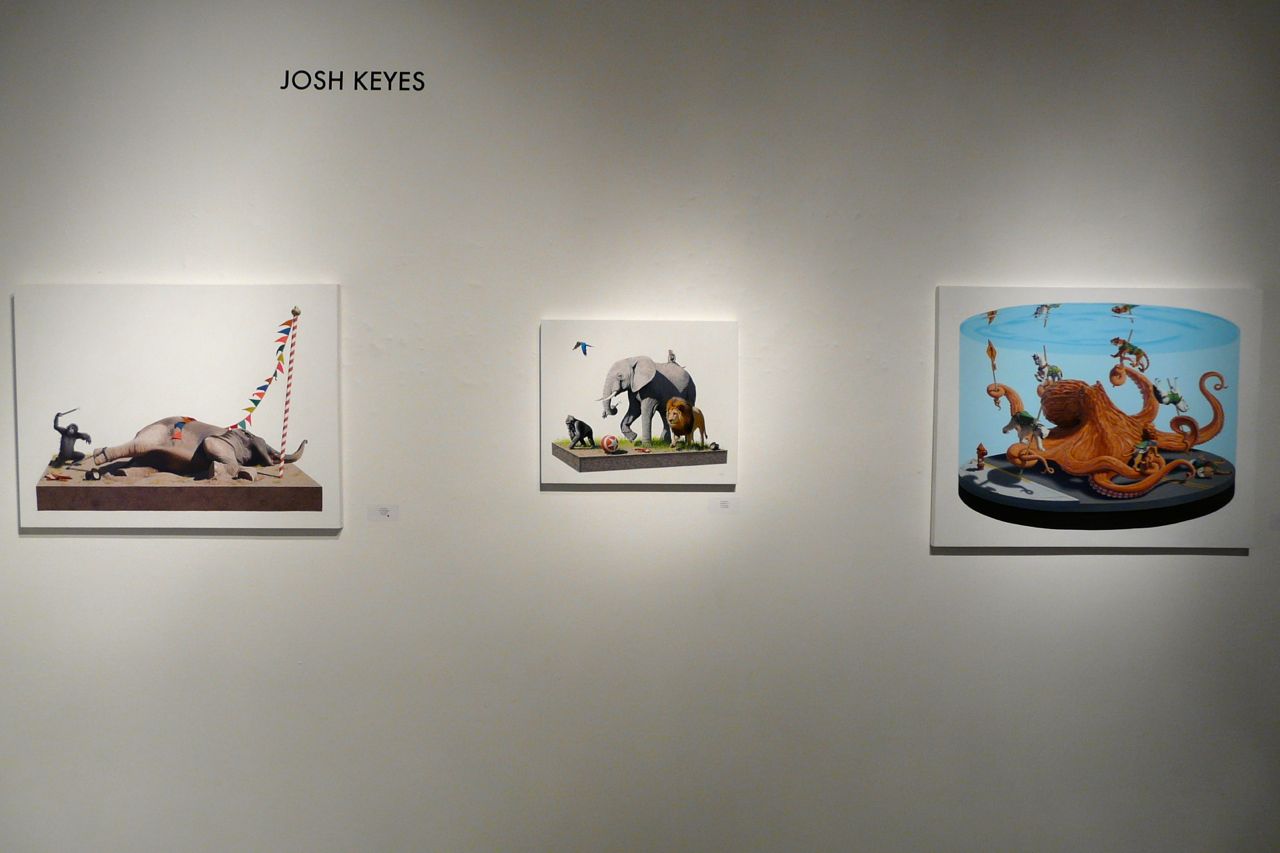 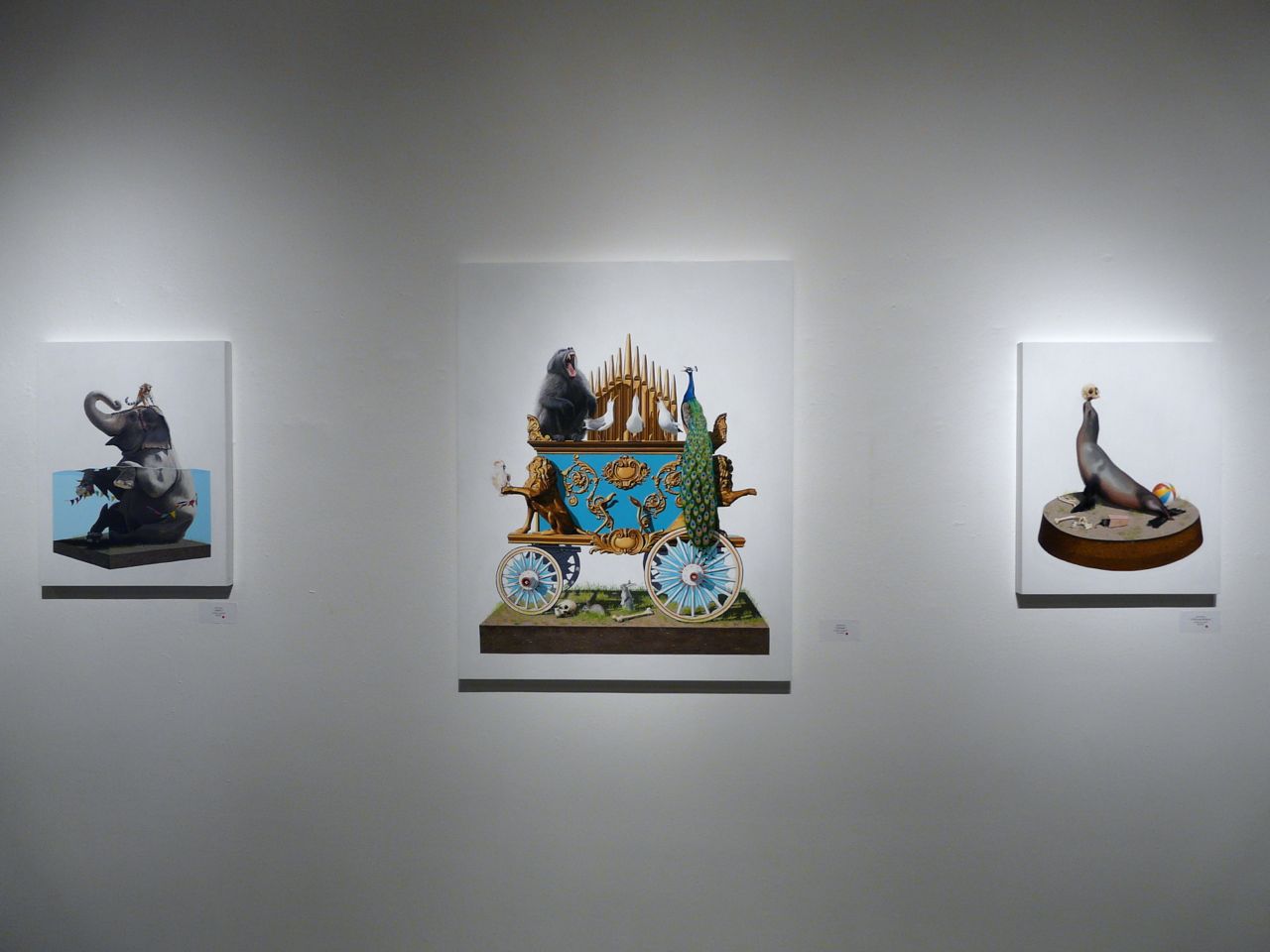 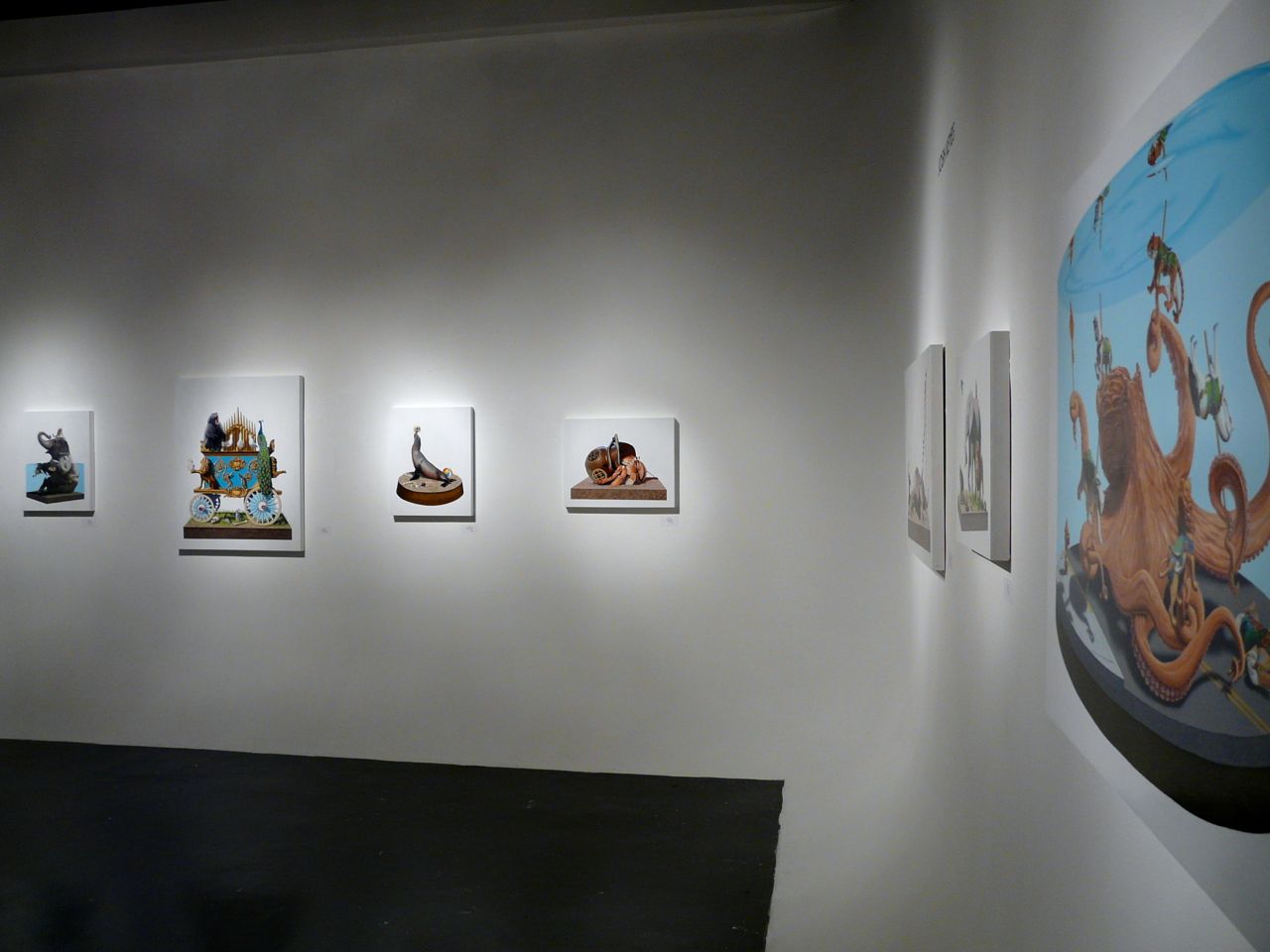 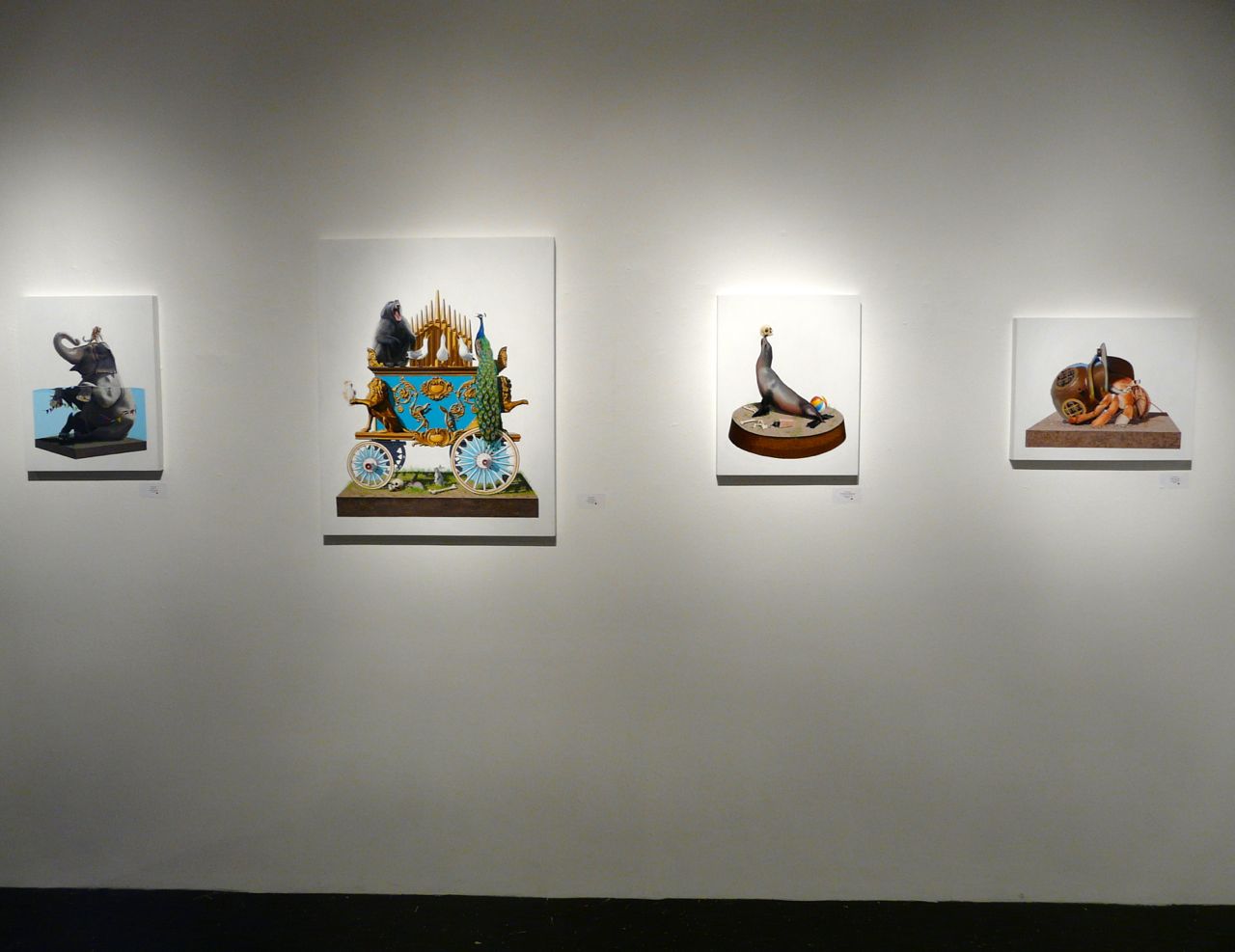 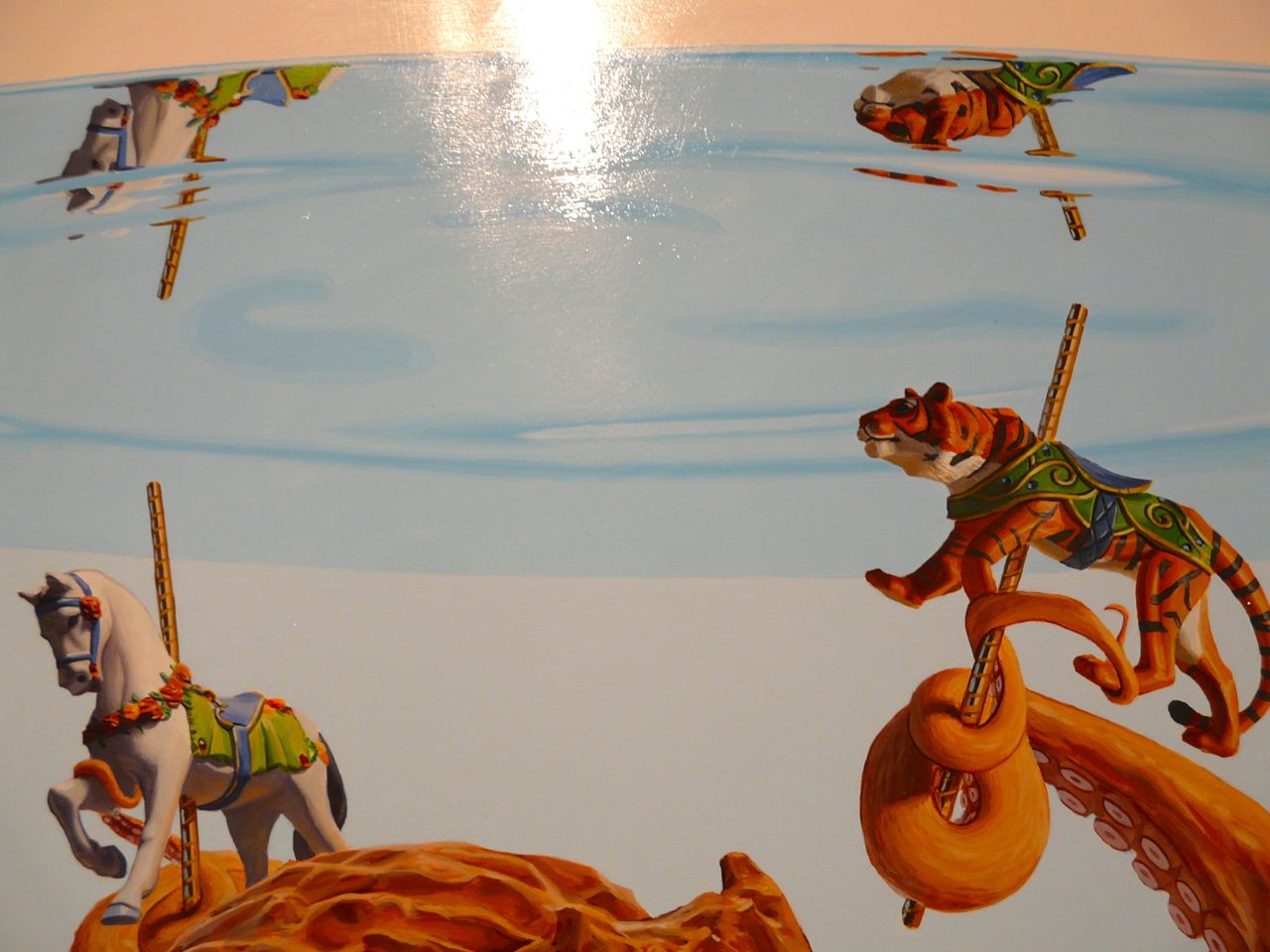 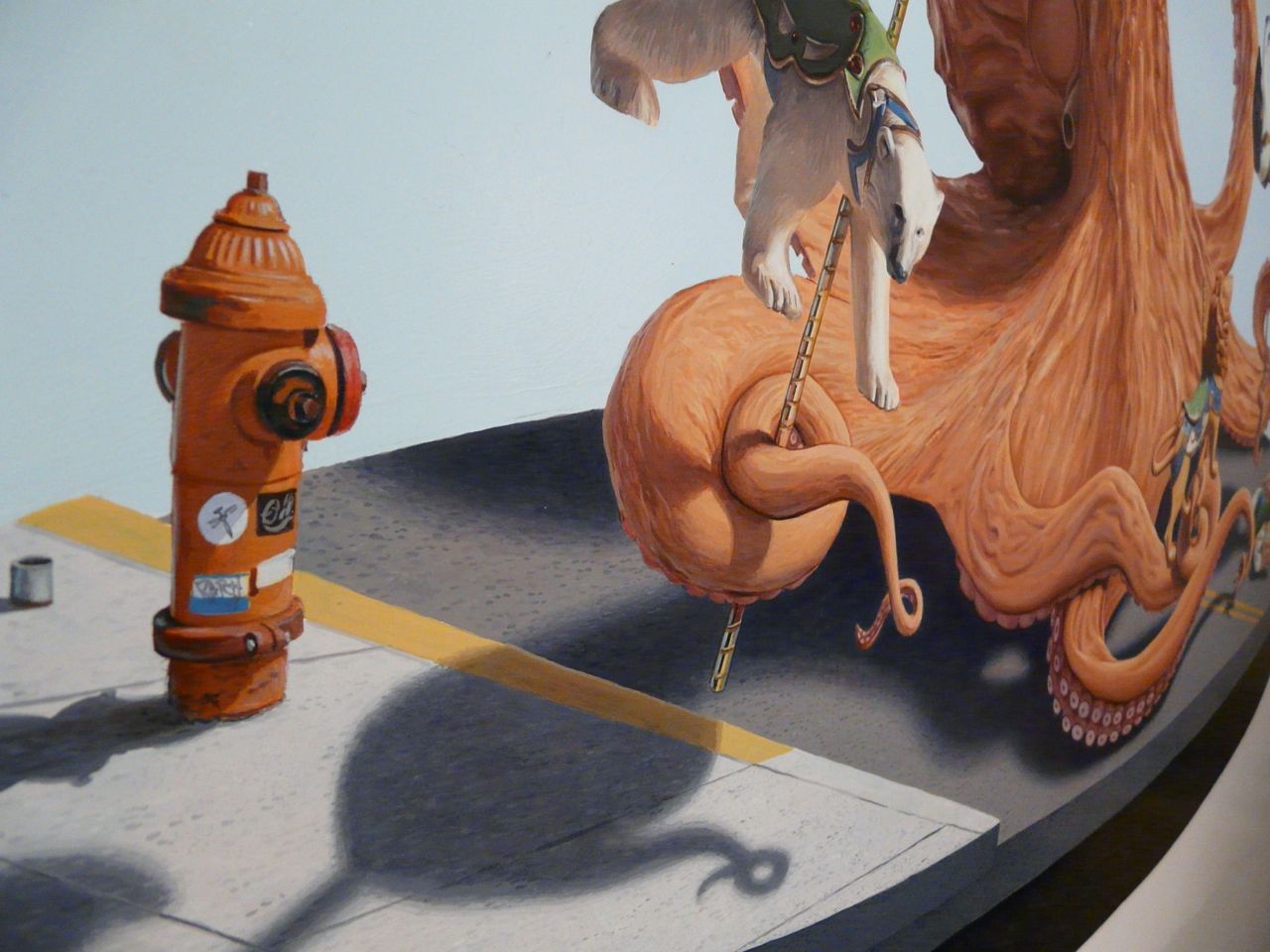 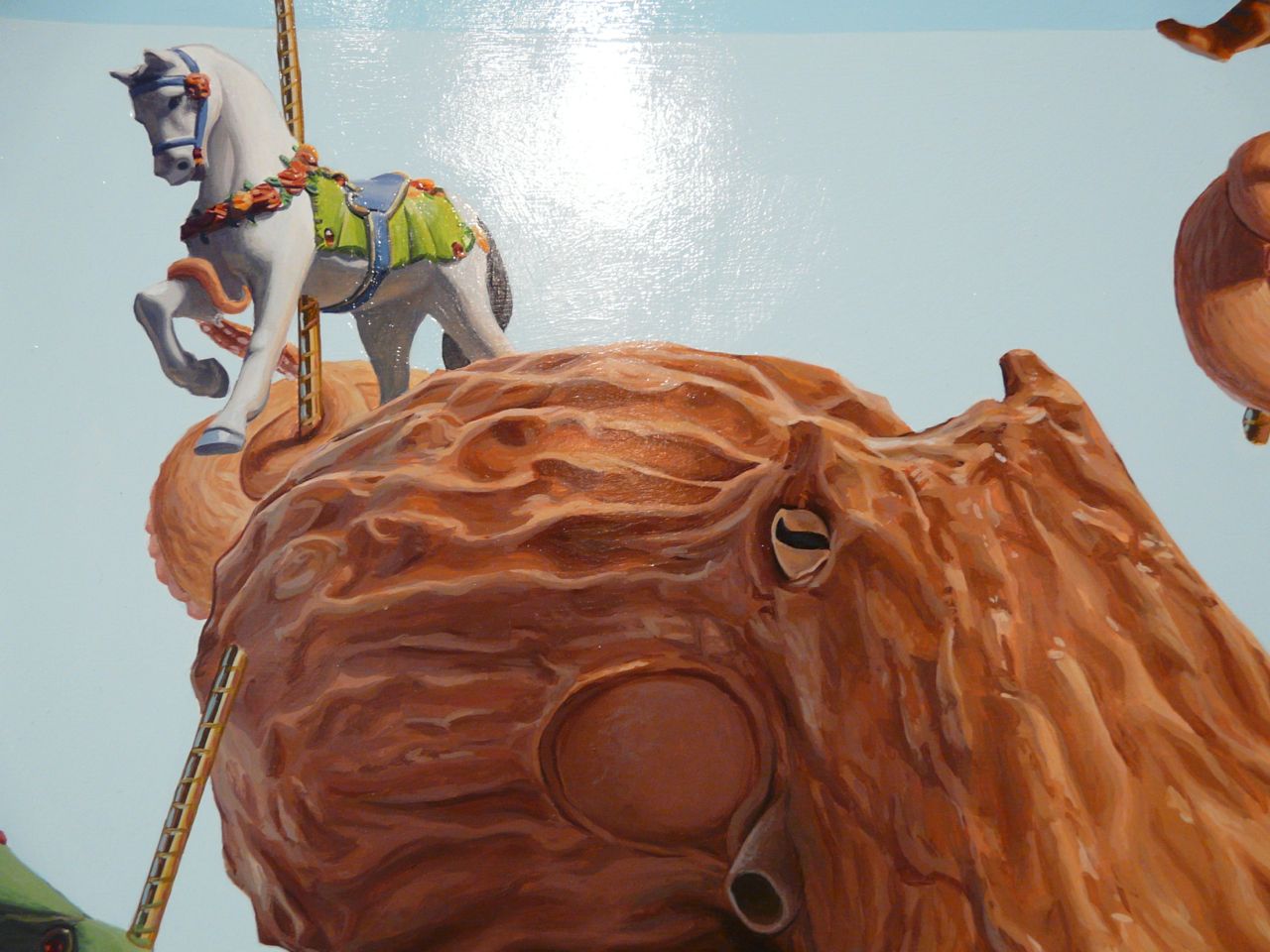