This past month, we brought you the preview of Color or Colour at Charles Bank Gallery in NYC. This well composed group exhibition included the works of London based Ben Eine among others. Eine is best  known for his large-scale outdoor typography inspired works with a color theory combination that have Pantone designers batting their eyelashes. Traveling relentlessly over the past couple years, Eine settled into New York City, just long enough to bring the house with his other artists in the show, most notably Lee Baker.

Baker created an incredible basement level installation as well as an impressive body of work (seen directly in the photos below), showing depth of field rivaling modern urban panoramic photographs, with a super flat flair. Although appearing very digital, these pieces are 100% analog (created only on the medium they are painted on), showing calculated precision of a modern day contemporary art engineer. The show is up until January 31st, 2012 and is also has works by Katrin Fridriks and Michael Bevilacqua on display Put this on your to do list while in New York City over the holidays! 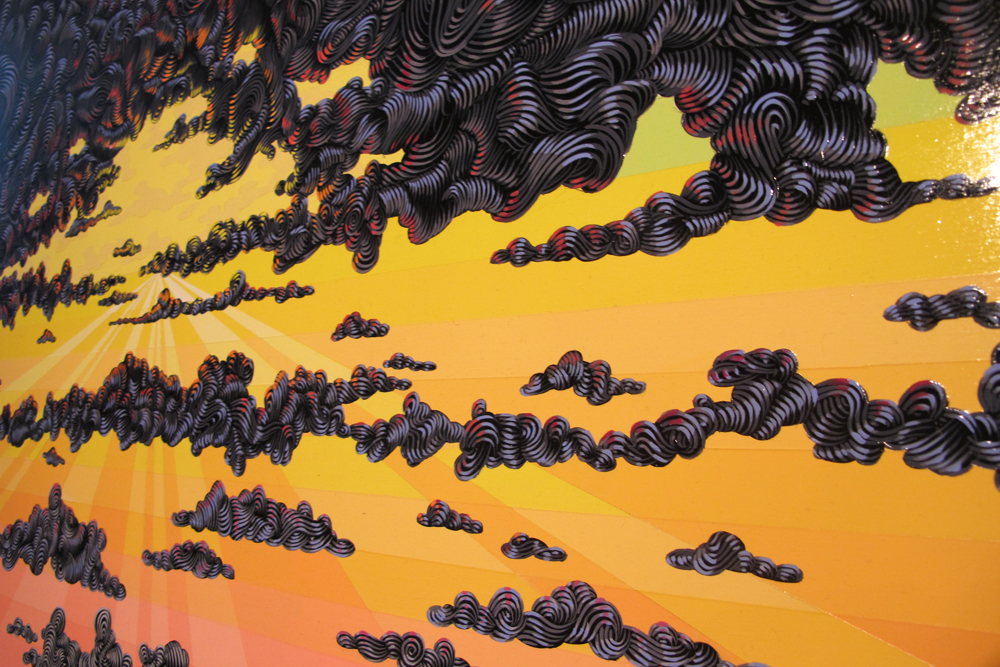 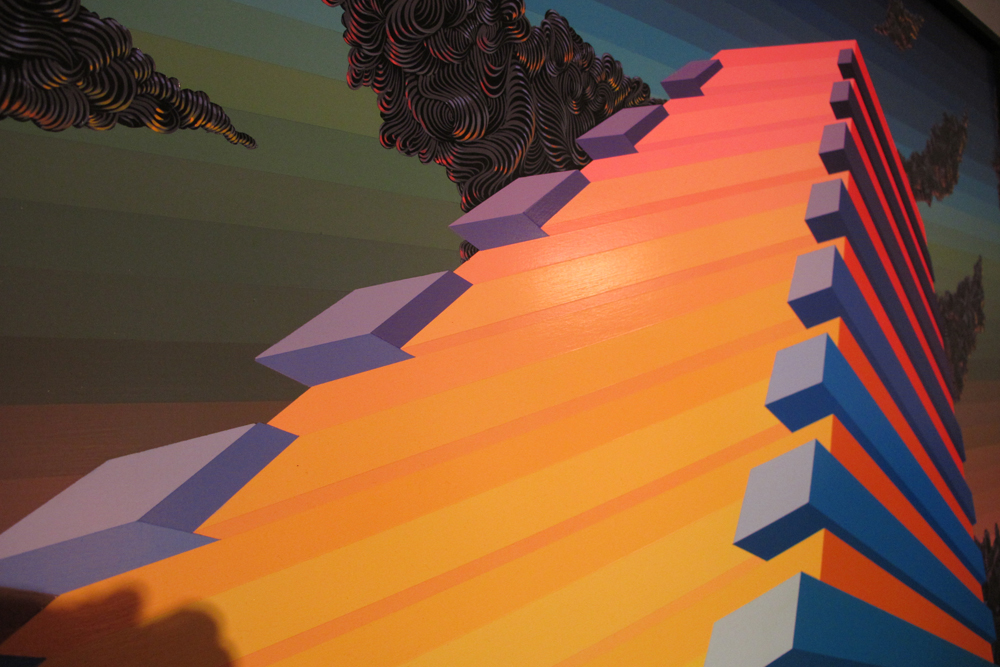 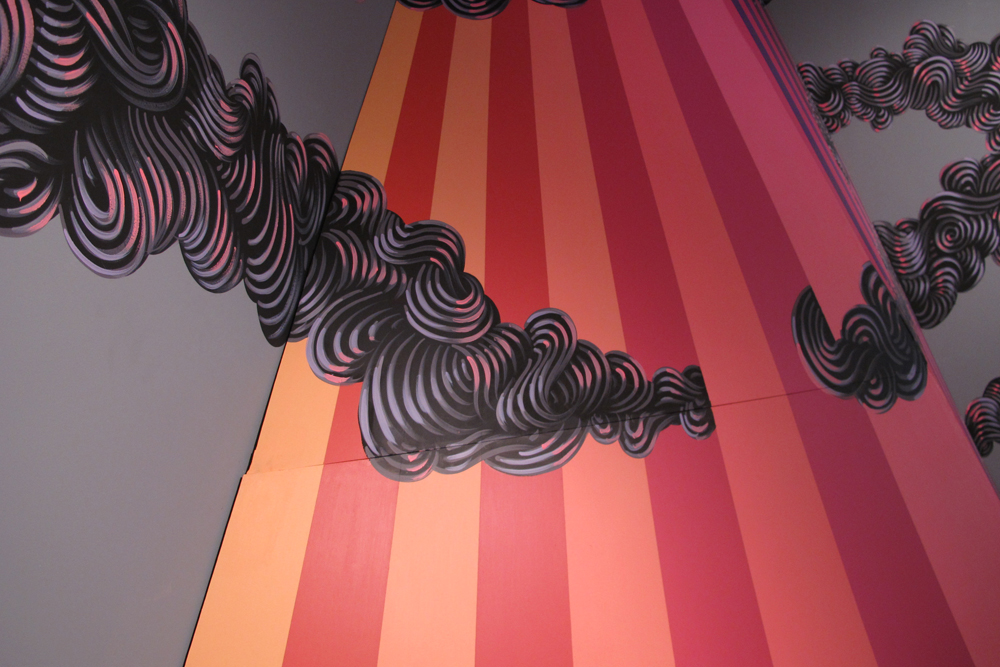 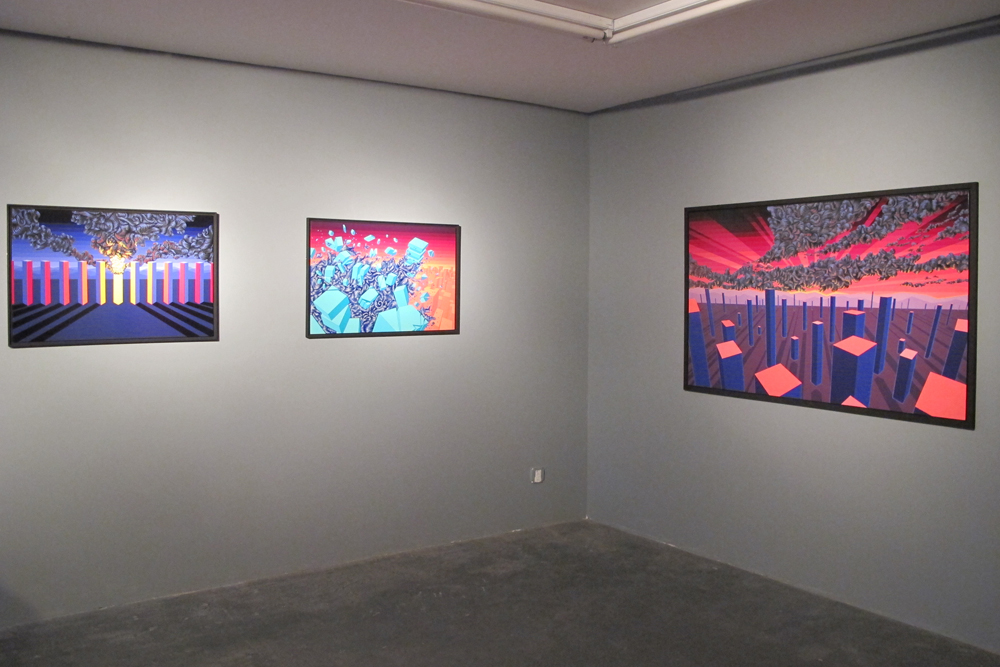 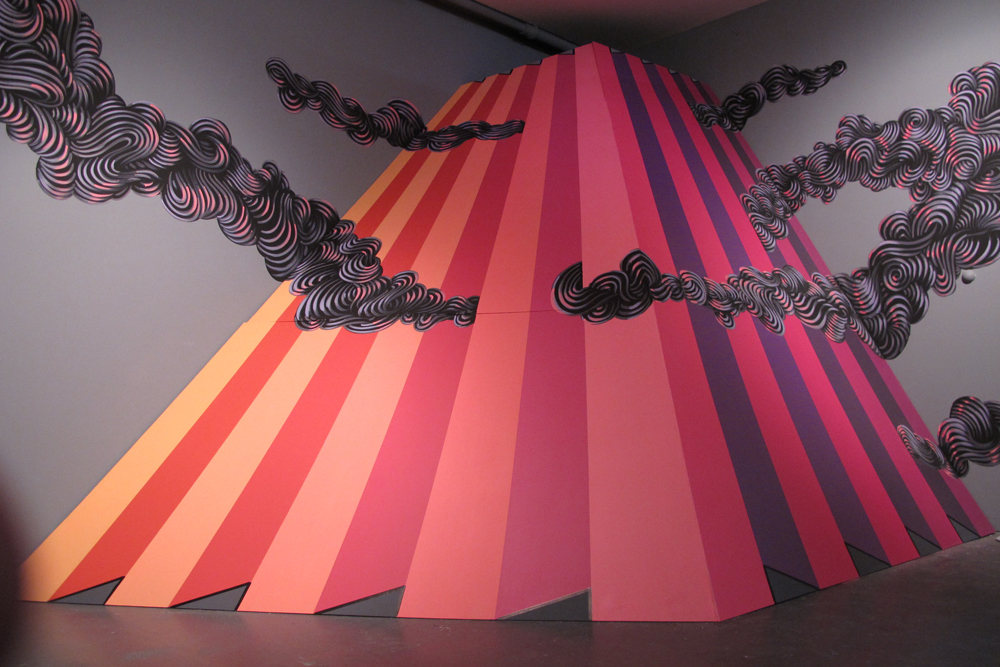 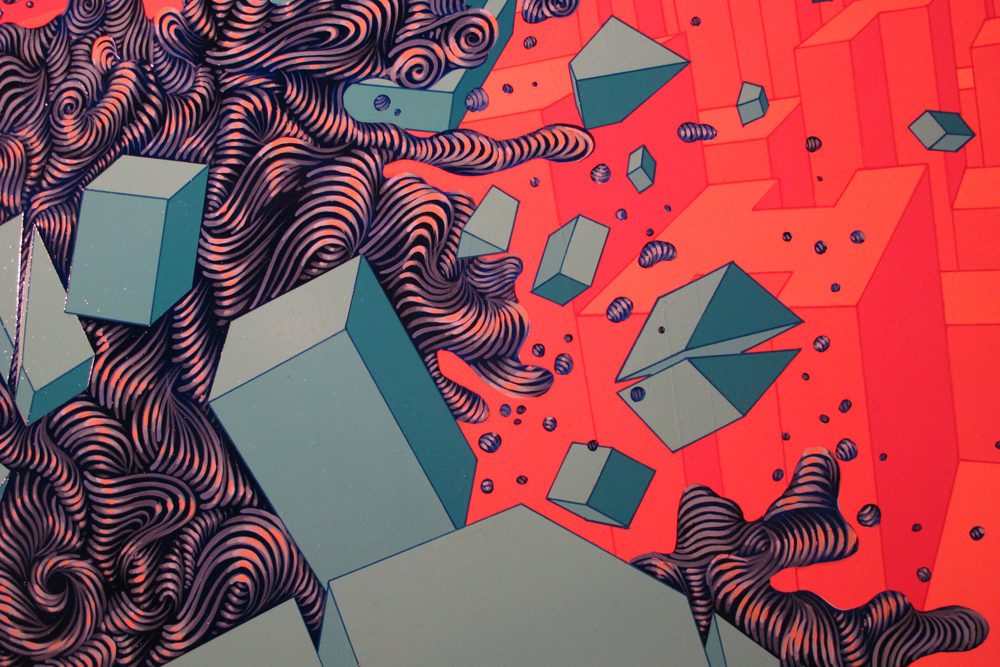 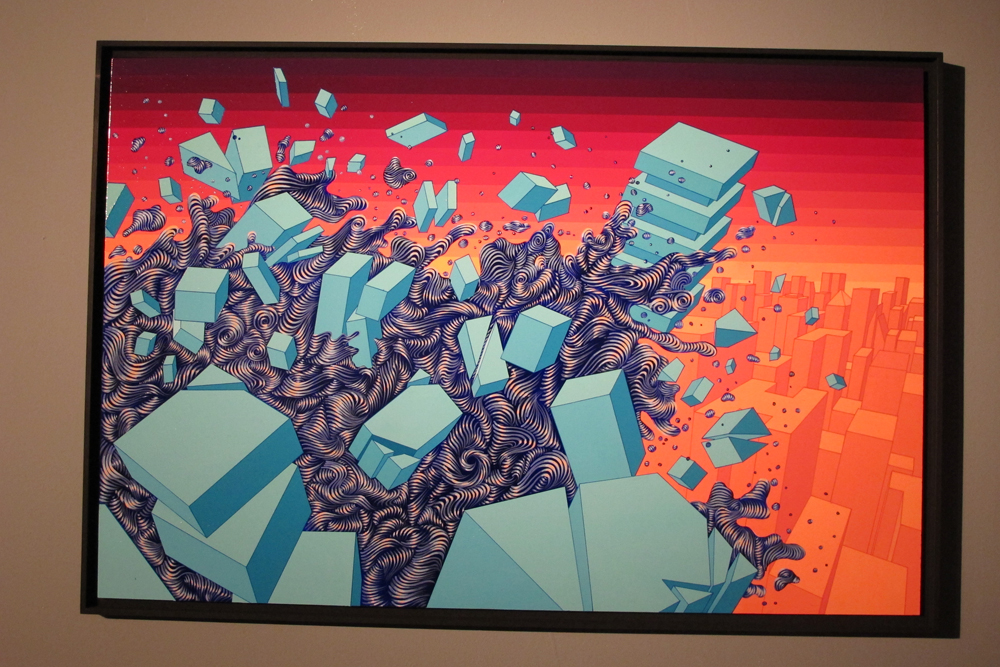 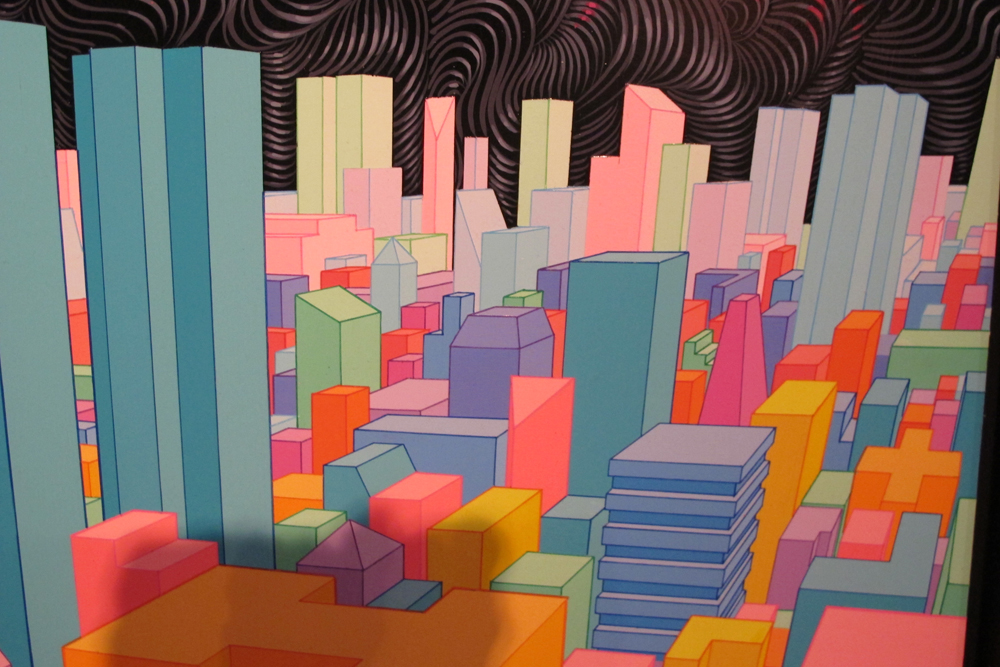