It’s been a while since we caught up with Brian Adam Douglas, a.k.a. Elbow-Toe (interviewed) – the last time probably being in 2011 when we watcheuphill work on the streets as well as open a solo at Black Rat Projects (covered). The Brooklyn-based artist recently surfaced to paste up this new piece entitled Tastes Like Chicken in his borough. The style mimics the time-intensive collage technique he uses for his cut-paper works some of which you can see in March at the Andrew Edlin Booth at The Armory Show in NYC as well as The Dallas Art Fair in April topped off with a big solo in NYC in the fall. 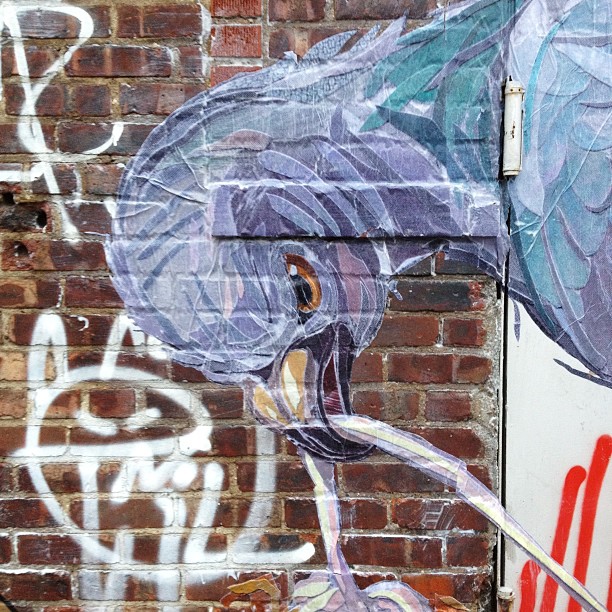 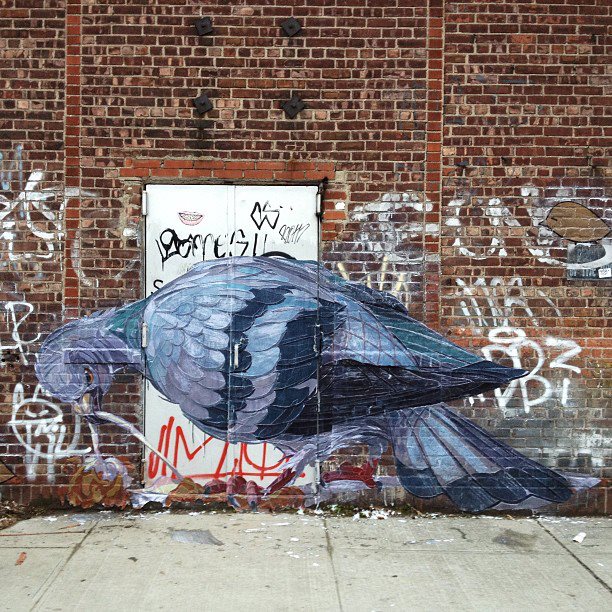