We recently gave you a sneak peek at French “photograffeur” JR as he worked feverishly to set up his first solo museum exhibition at Tokyo’s Watari Musuem of Contemporary Art. This past weekend, the show opened to a enthusiastic reception by the people in Japan. Highlighting his Inside Out project, which incorporated the residents from North East Japan (where the tsunami hit in March 2011), JR went big as he always does and wheat-pasted the exterior facade of the museum. On the inside, we saw a diverse selection of key works by the artist on numerous mediums including of course his coveted photographs. This great exhibition is open until June 2nd, so stop by if you’re lucky enough to be in Japan during that time. 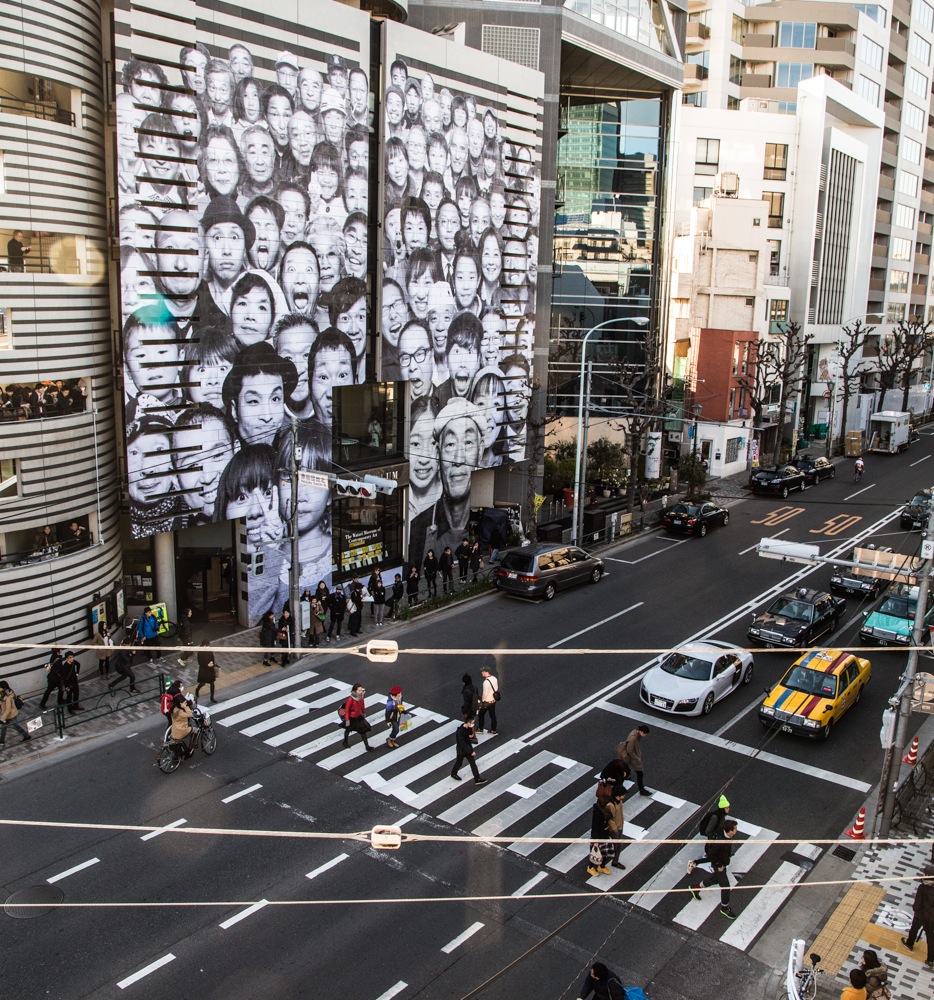 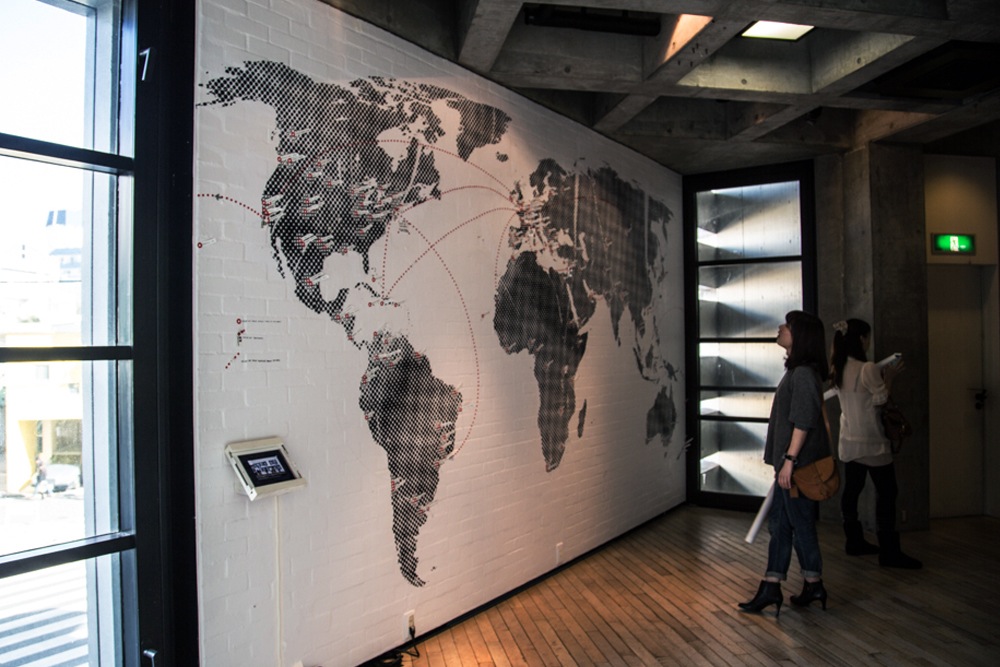 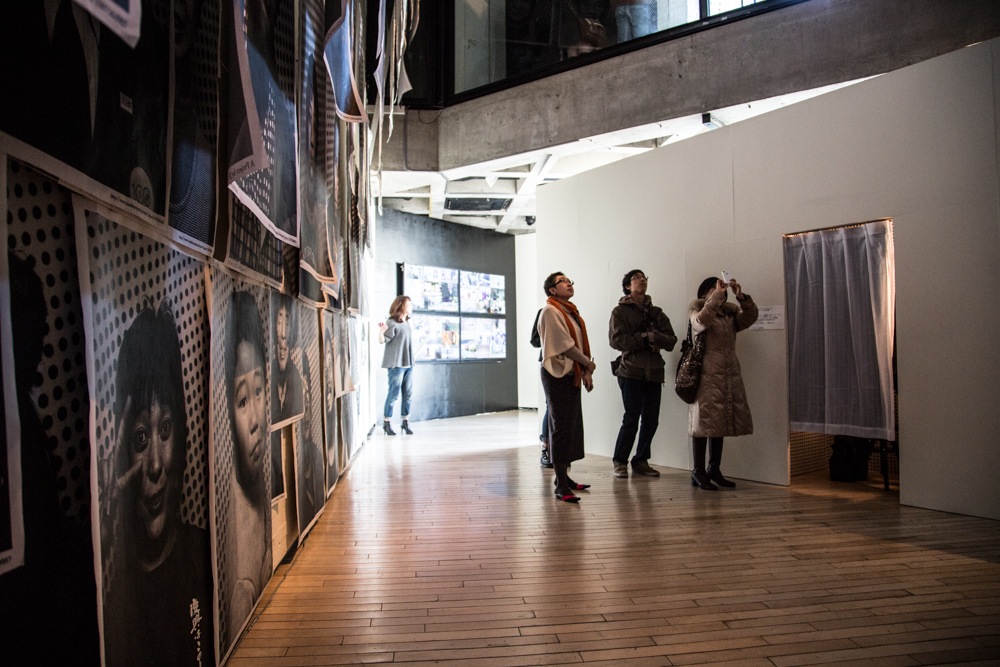 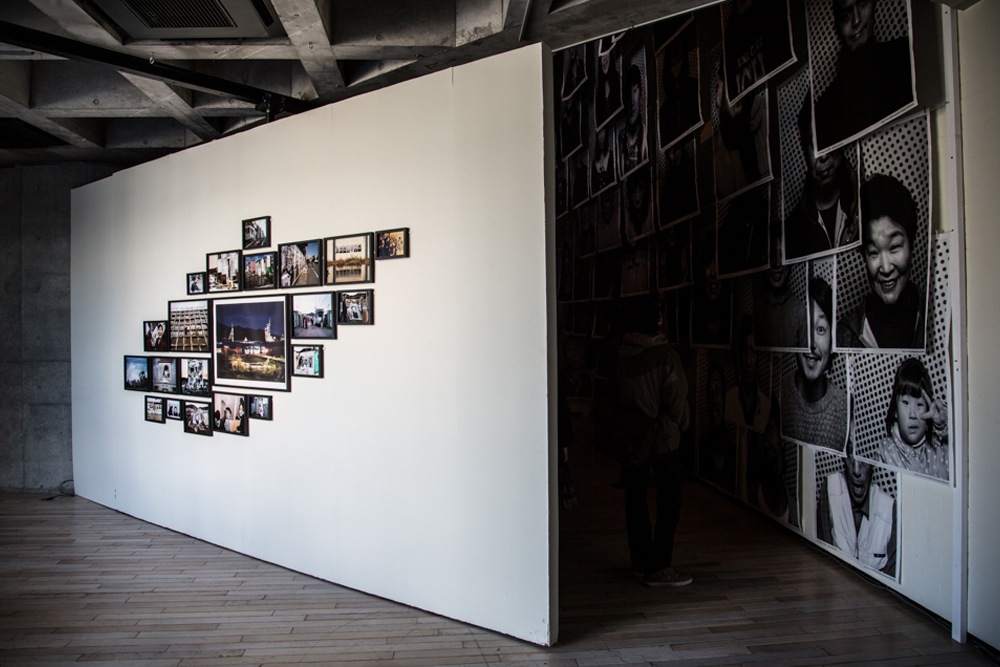 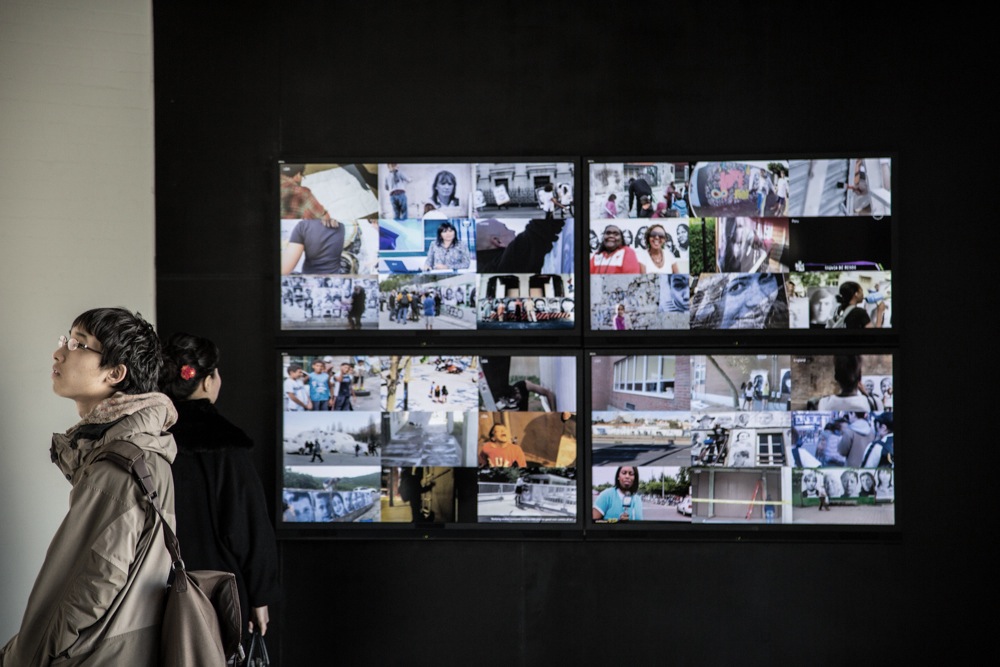 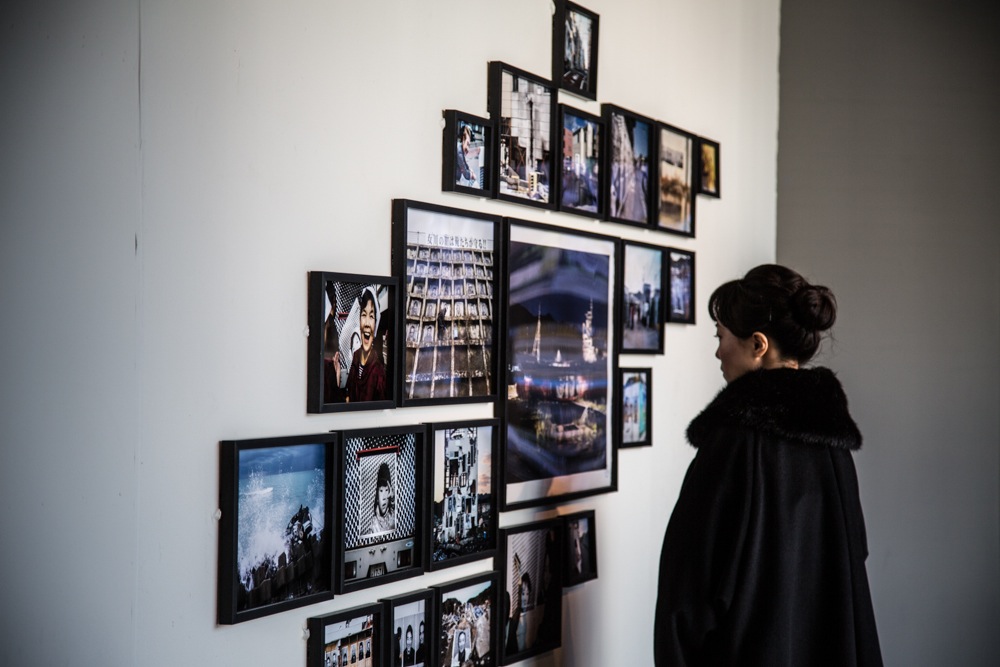 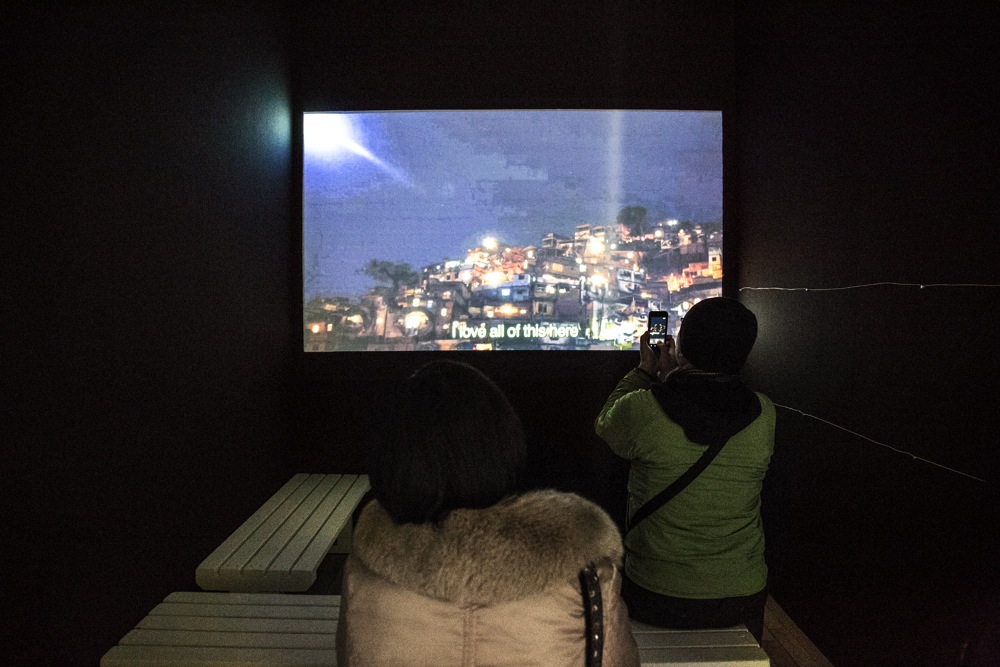 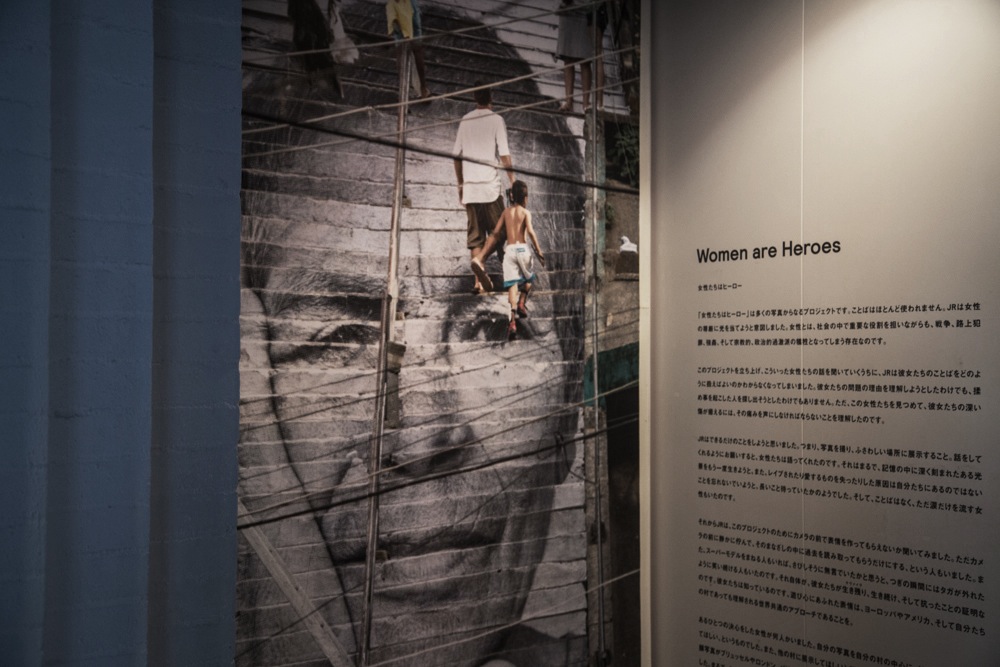