Only two weeks after his trip to Mexico, where he revealed a trophy that was commissioned by Nike for their big Tampa Pro skateboarding contest, Japanese artist and passionate skateboard lover, Haroshi, welcomed us in his studio in Tokyo. Even though he’s a world wide recognized artist, whose shows are regularly selling out and has major skateboard related companies struggling to commission him to do work for them, his studio is not much more than a “skateboarder’s lair.” There are posters, cutouts and photographs of babes everywhere on the walls, old stickers, classic skateboard videos, quotes, statements and scribbles are all over the place, and random memorabilia – from old Shoe Goo tubes, to sketches, drawings, and signed items by various skateboarders, artists, and friends – seen in every little corner. Of course, there is a small quarter ramp tucked in the corner that he is using as a pass time activity during long days of work. The part that fans of his work would notice though are the different prototypes of his work – hands, shoes, pigeons, the infamous Berrics trophy, sunglasses, Super Mario dolls and heads, skulls, and bullets – resting on the shelves, covered in thick layer of wood dust. Of course, a large section of the space houses his immense collection of old decks, some already cut into separate parts (nose, middle, tail), some in more/less one piece, and some of them cut into 1 x 1 cm cubes, piled up in boxes. These little cubes will be carefully glued together by Haroshi’s wife, and then wait for him to carve out another incredible creation, and give them the life not many skate decks can hope for.

The technique Haroshi is using these days is basically a step forward from his first 2D works (Mario). Liking the result of his 2D works, he decided to try the same thing with 3D sculptures and that’s how it all started. With decks being the core of everything, carefully hand carved by traditional Japanese tools, finished with fine polishing, and finally, covered with shiny layer of coating, he is constantly developing his work and adding new techniques and materials. Lately, he’s been slicing up decks with a massive industrial machine, getting super thin, fine stripes of decks that he’s glueing together, kind of like a colorful collage. Also, in some of his recent works he’s been using resin, challenging himself even further, adding a new layer to his works. Being 100% dedicated to the skateboard culture, he has plans of replacing resin with legendary Shoe Goo in the future. Using another material will allow the artist to add another layer to his already very detailed and specific works.

At the moment, he’s building a prototype for another trophy for another major skateboard contest, as well as sketching and selecting ideas for his first big show in Europe. Struggling with a back injury that has been affecting his life and his work recently, the theme of the upcoming show is going to be “pain.” In the meantime, he is working hard on learning English as he has big plans of moving to the US together with his wife and their five cats, so stay tuned for a LOT more from this unique and exceptional artist. 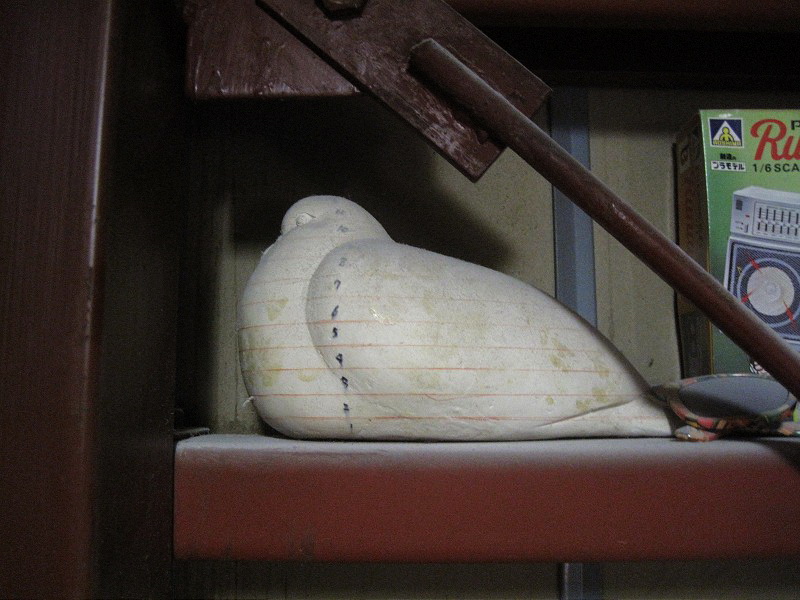 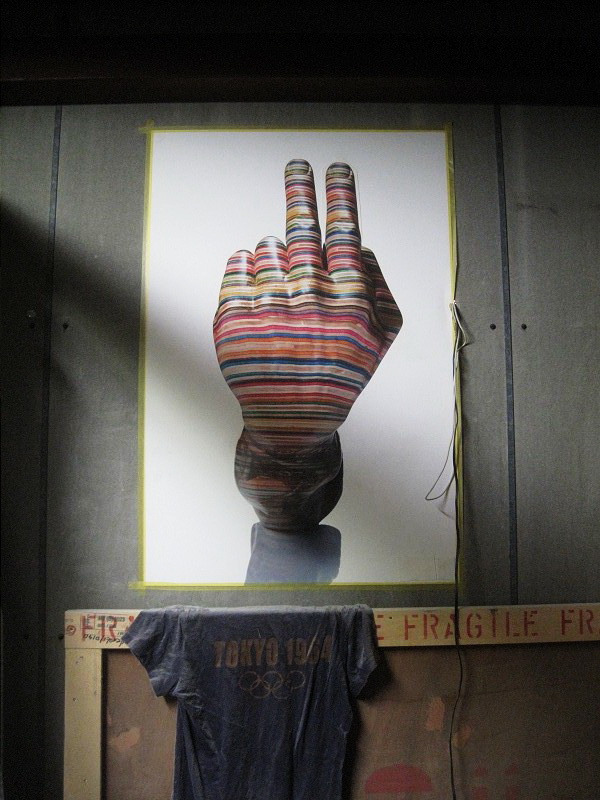 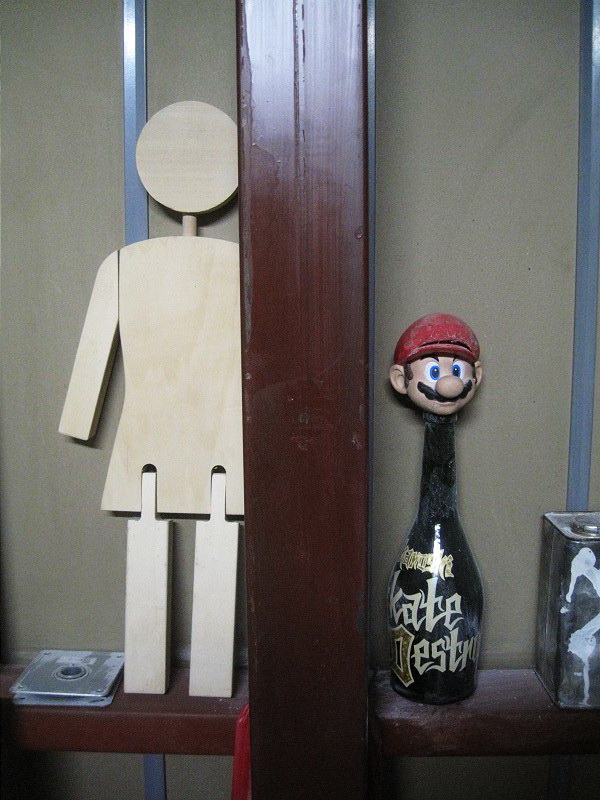 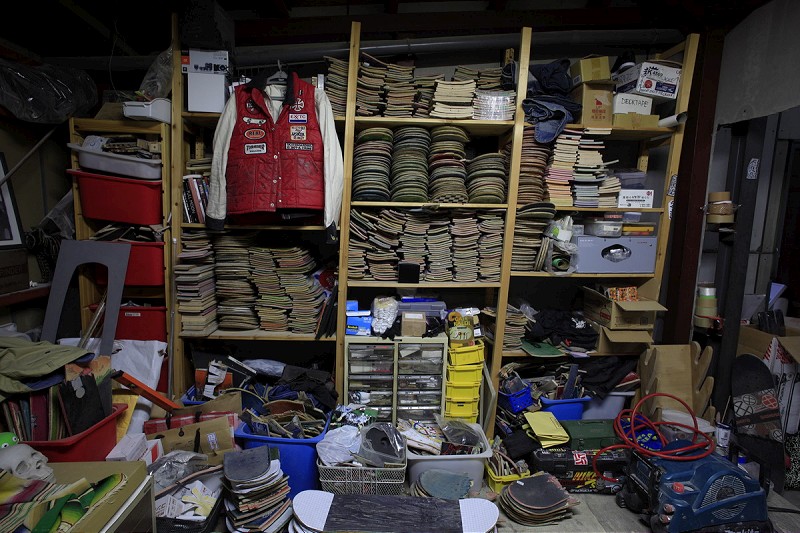 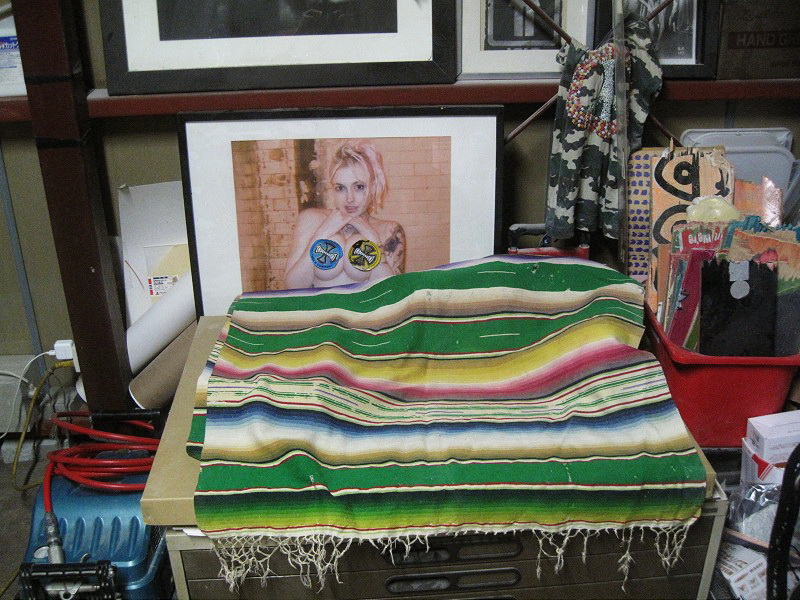 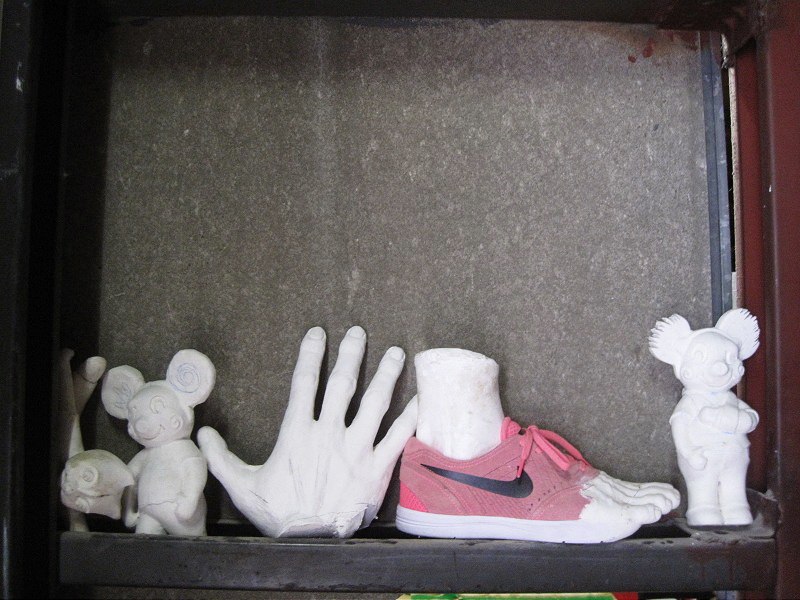 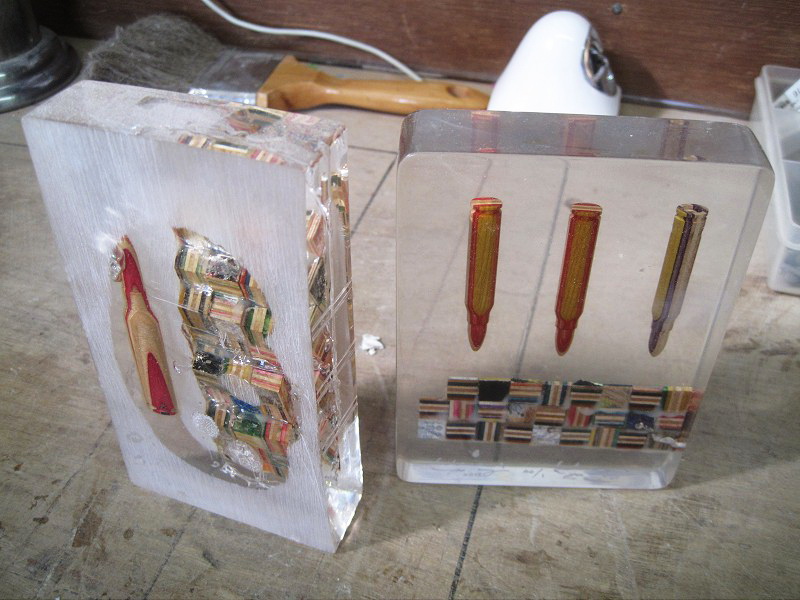 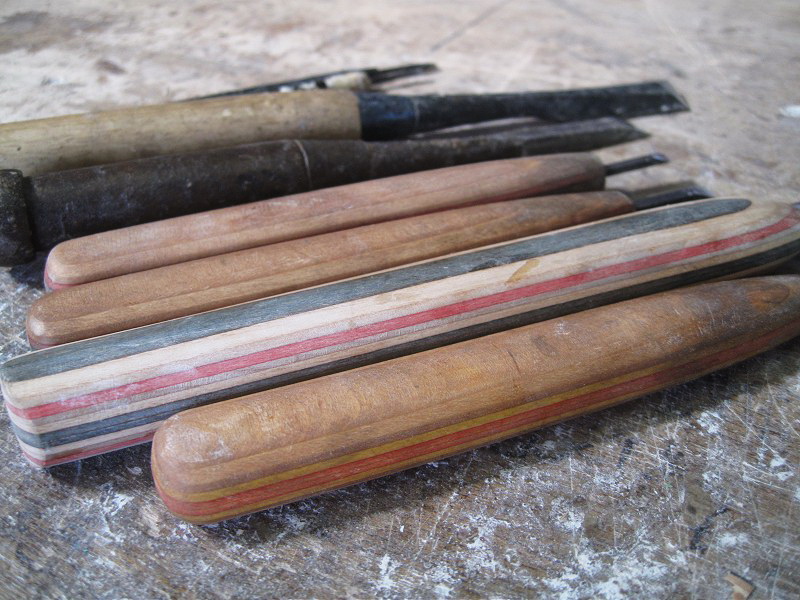