Spanish muralist and street artist, Escif, was very active in his hometown of Valencia in Spain the last couple of months. Famous for his clever, direct and punchy commentaries on modern society, capitalism, consumerism, economy and politics (especially current situation in Spain and European Union), the artist shared couple of his recent street works online via StreetAgainst.com.

Focused on wide range of different subjects, the pieces are all showcased with his signature, recognizable style – a simple, almost innocent looking image that is hiding a much deeper, stronger message behind it. For example, the wolves around old El Dorado cars in his collaboration mural with Hyuro are a critique on the human urge for wealth and power, in which wolves symbolize the human greedy, selfish character. Also, a businessman riding a rodeo horse symbolizes the very unstable economy situation in the world. And, a homeless family between two construction sites, commenting on the current situation in Spanish property development, or over-development to be precise. A rubbish bin with a title “Grand Prix” pointing at the situation around Formula 1 races in Valencia, and people that survive by digging through garbage. Or a witty use of double meaning of “Llama Ahora” phrase, which turns a famous telemarketing line (Call Now), into an call to revolution (Flame Now). 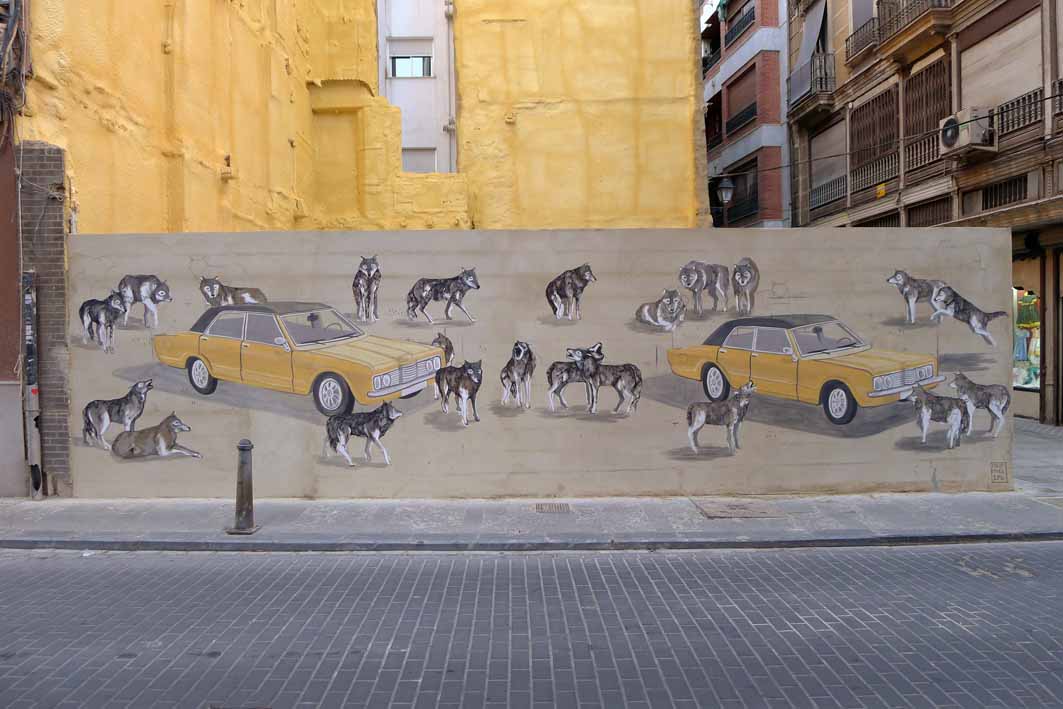 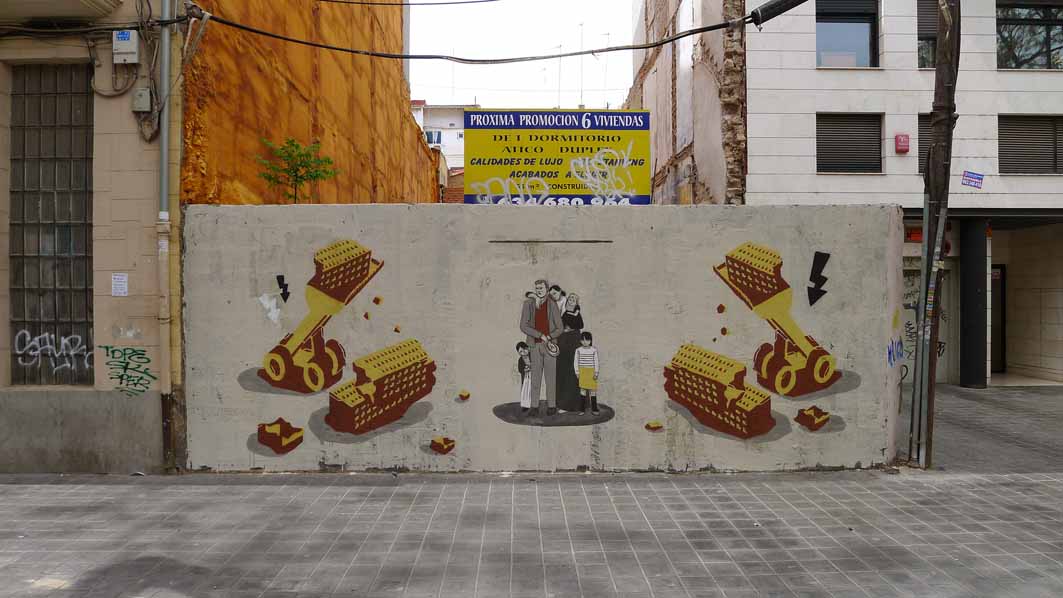 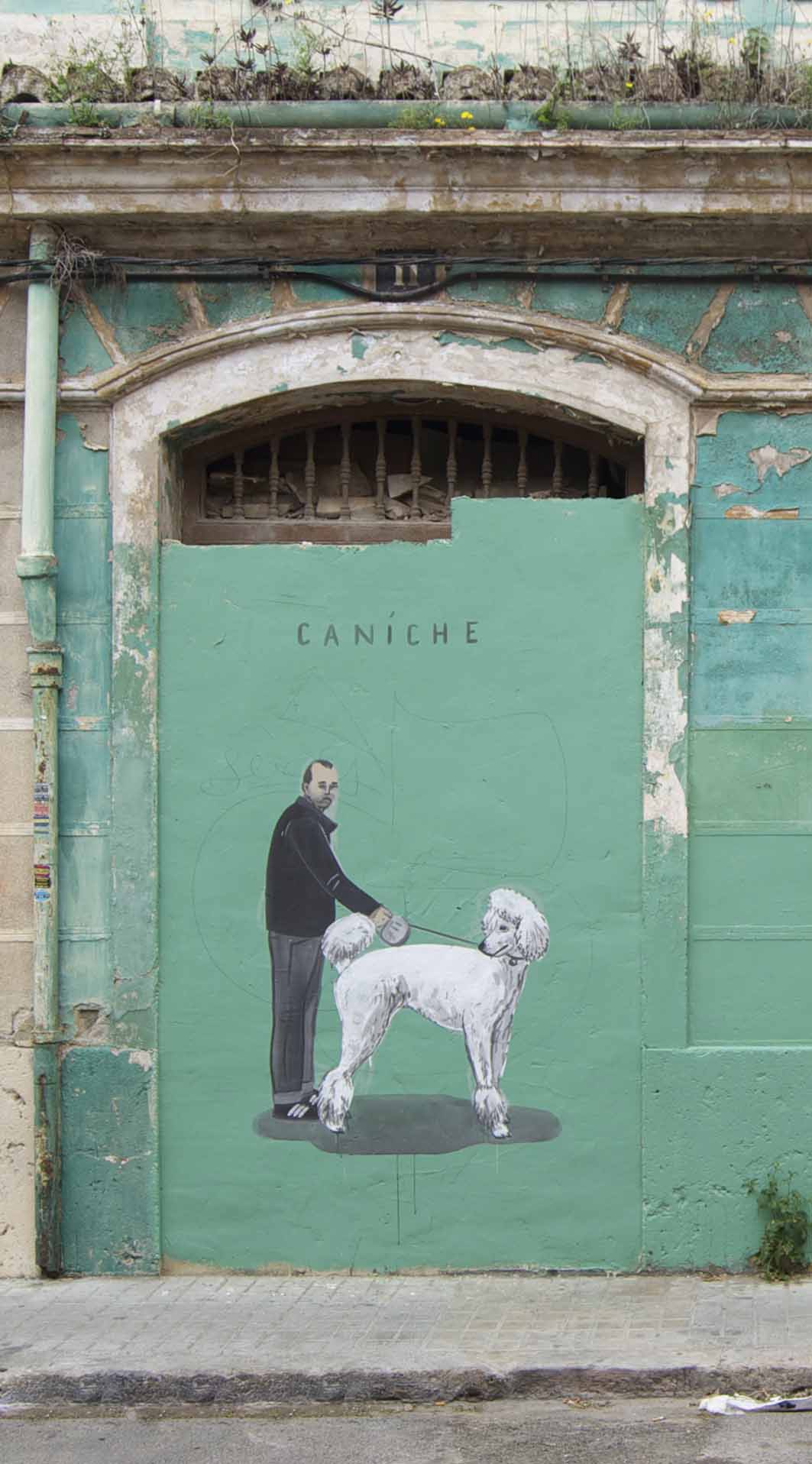 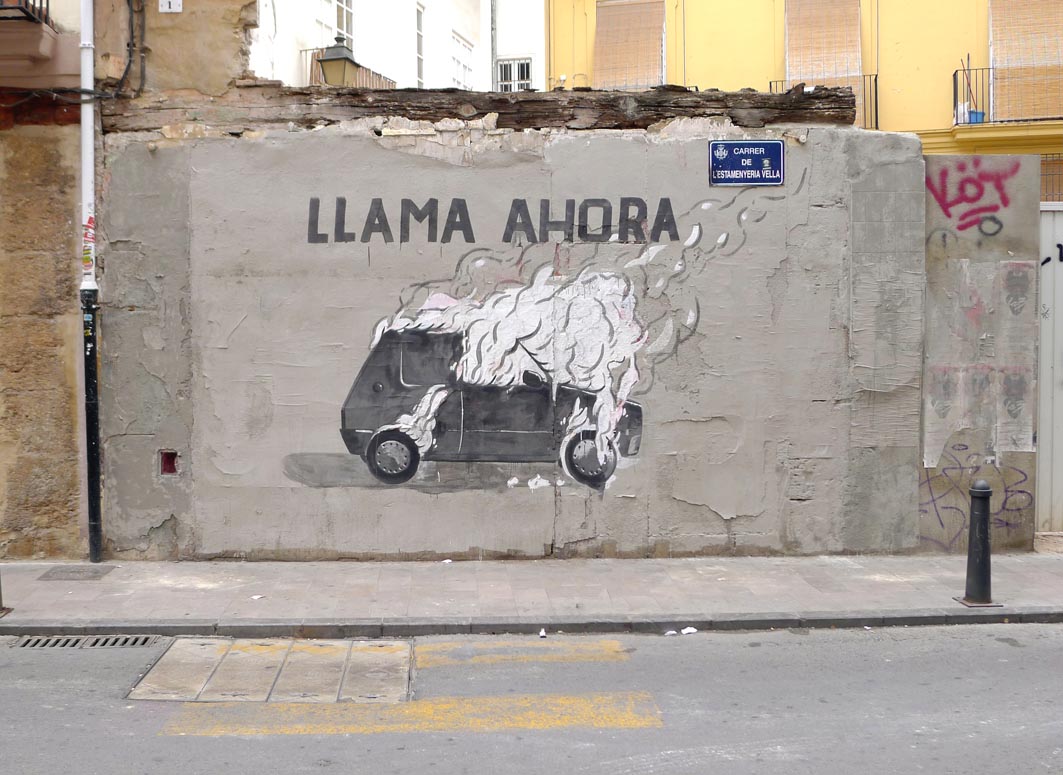 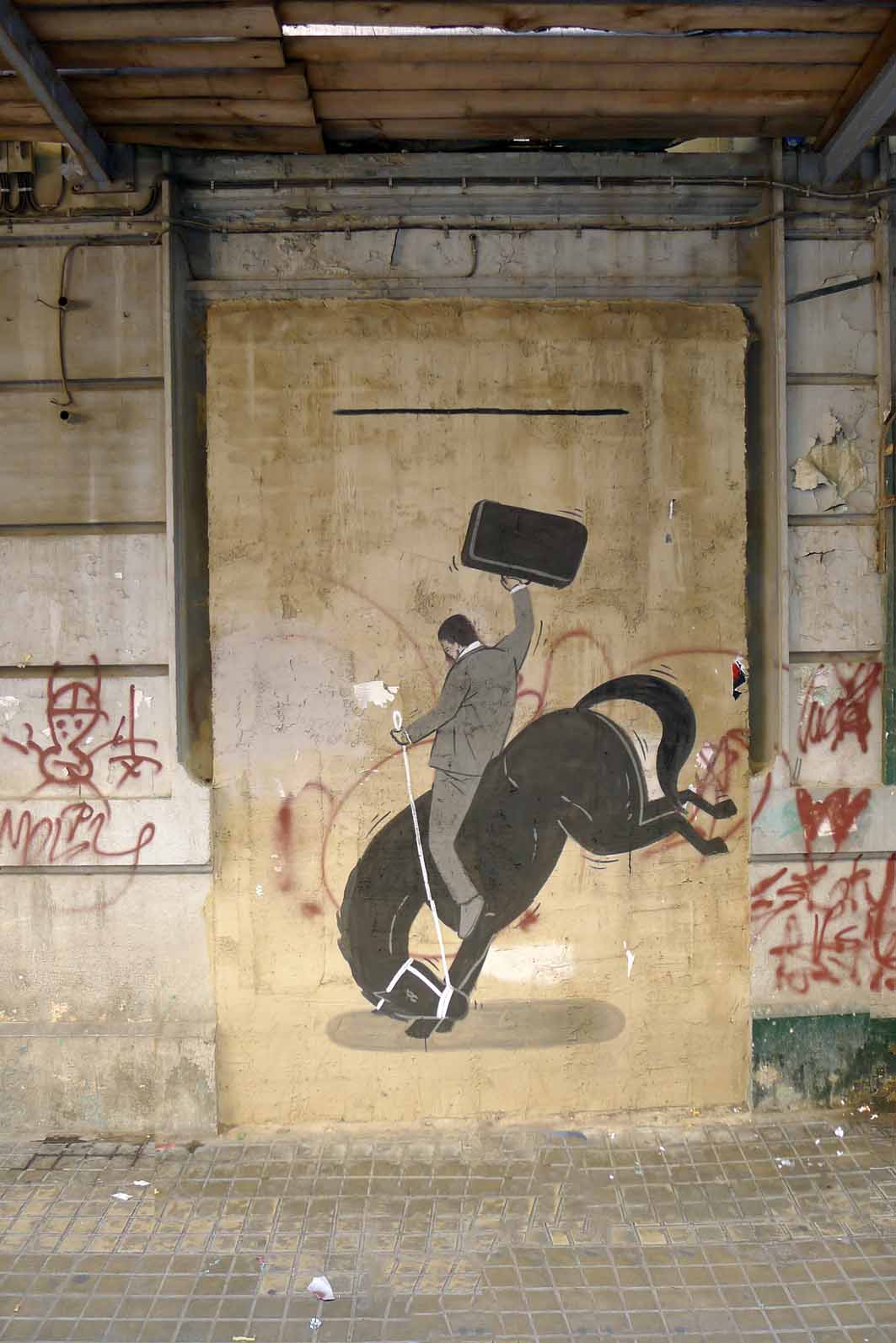 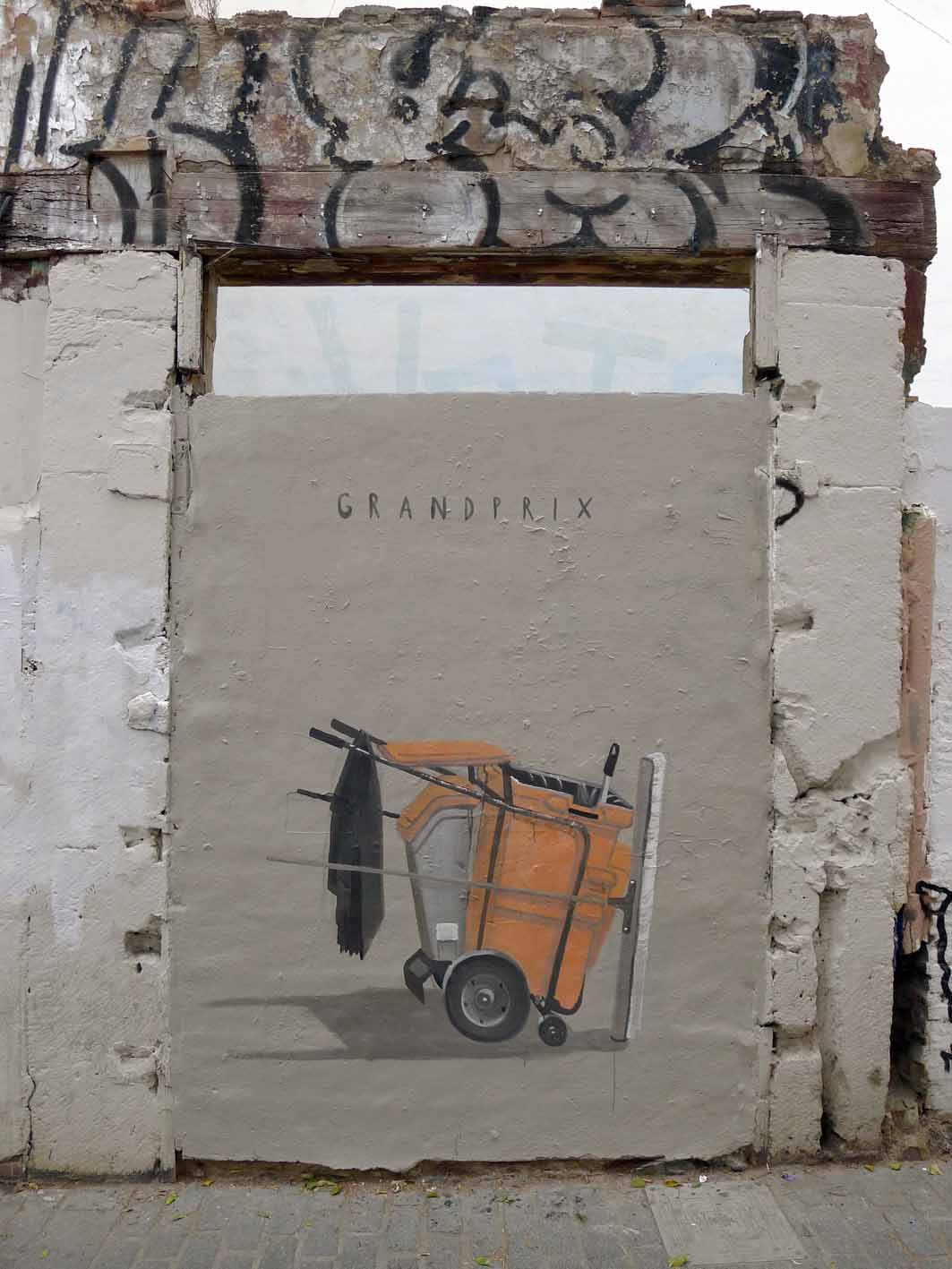