Ukrainian muralists Waone and AEC, known as Interesni Kazki, recently finished another mural in an old town of Vodnjan, Croatia, for the Boombarstick Festival. AEC already created a mural couple of months ago over there, as an opening piece for the upcoming festival. Only few weeks after finishing their Lisbon mural, and releasing their first ever print edition, both artists arrived to Croatia to work on an even more complex piece.

For seven days straight, the duo worked long days in the scorching Mediterranean sun, creating another surreal image that they are known for. Using slightly richer color palete than usual, and introducing some new settings and characters, the artists once again showed their infinite imagination and ability to paint anything that comes to their creative minds. Their bright imagery fits beautifully with the surroundings and is accepted with a lot of appreciation by the local people that are already proud of the first piece that they created. After this, they are getting on a plane to Mexico, to work on another beautiful mural. 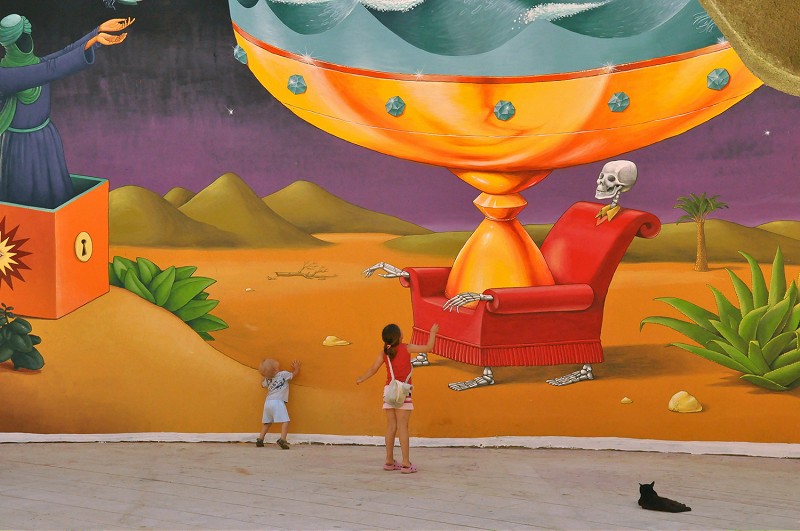 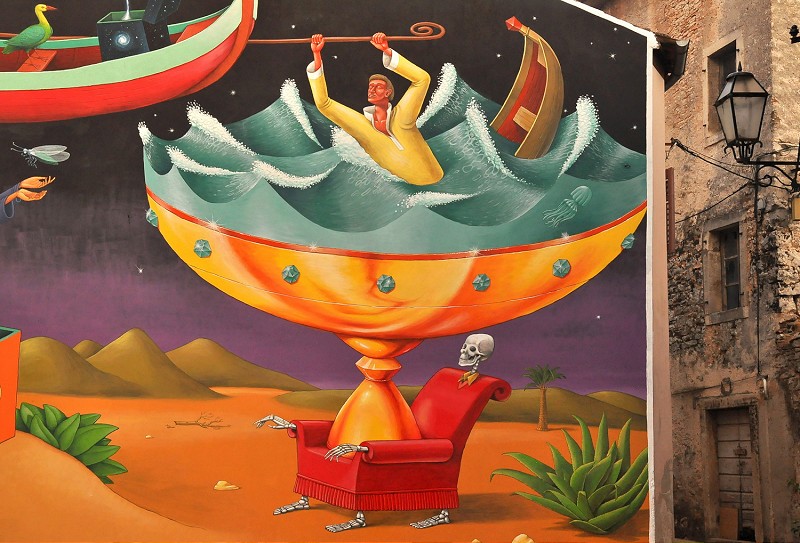 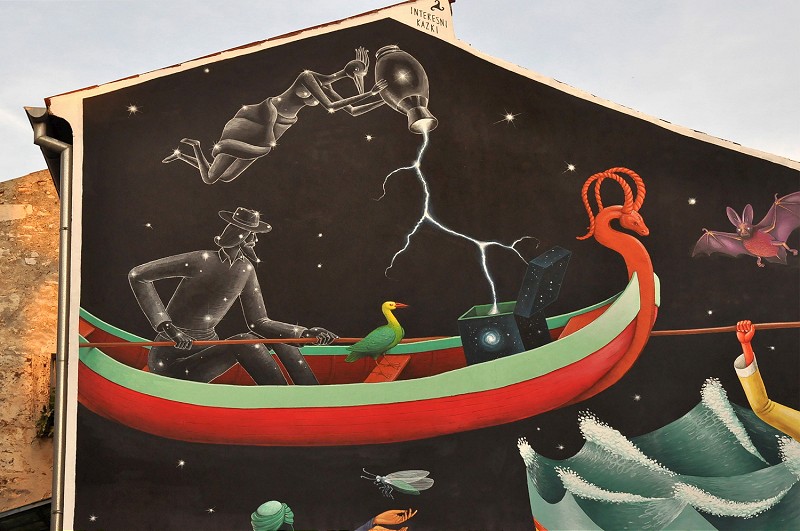 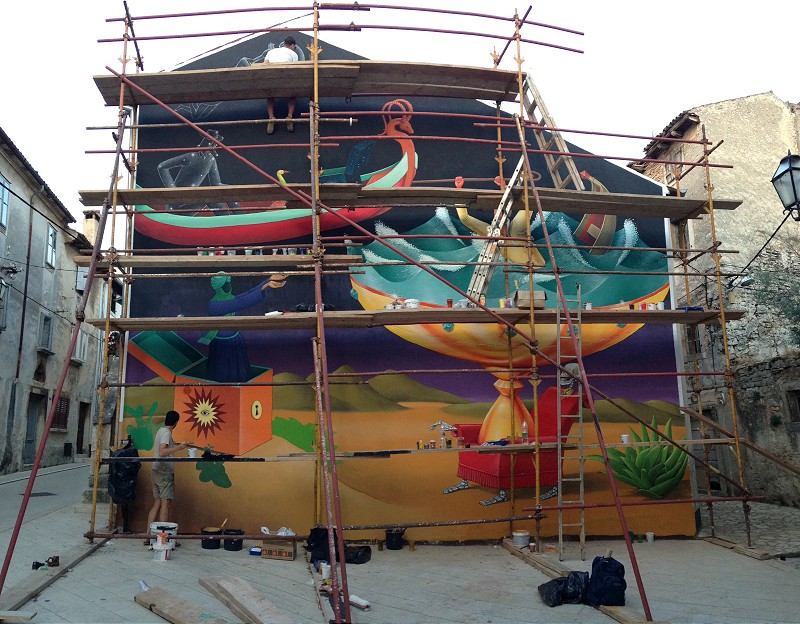 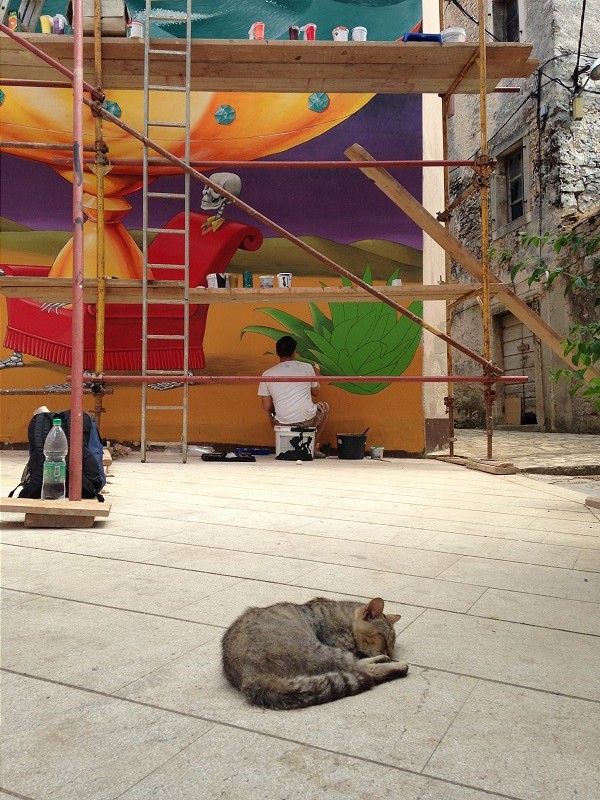 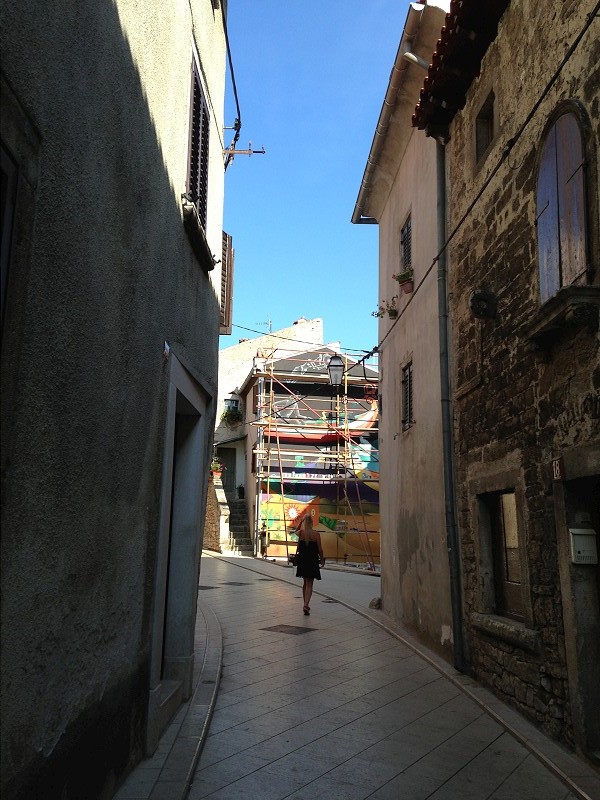 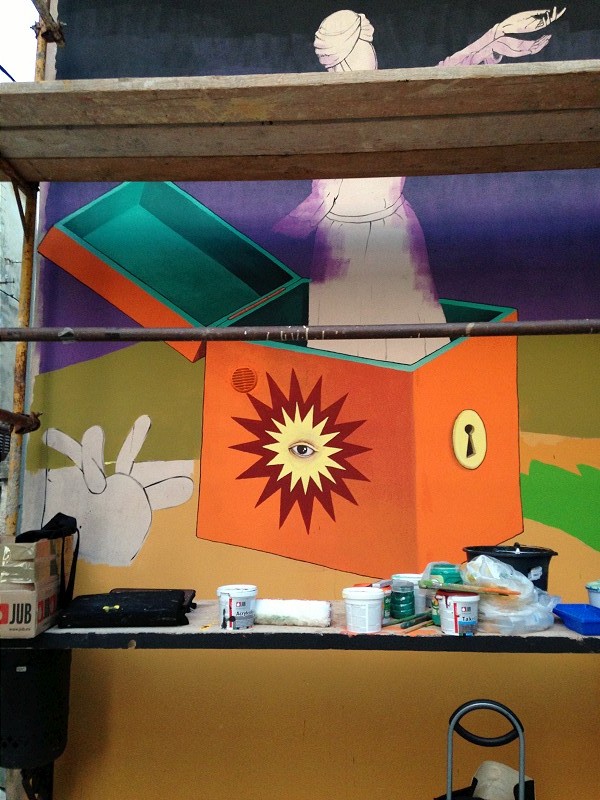