Ludo (interviewed) recently finished this huge mural in the 13th arrondissement of Paris, also known as arrondissement des Gobelins, titled Mutant With Eagle Head. As usual, the French artist has created another one of his signature mutant characters. These are strongly influenced by the flyers and skate deck imagery from the late 80’s early 90’s that the artist grew up with. Instead of going towards nano levels, the artist reversed the process a bit, and the result is this giant butterfly mutant, with scorpio like tail, humanoid rib cage and eagle skull head. The artist cut and painted most of the piece in his studio, and than pasted it on location. Being a large scale piece, the artist decided to incorporate the elements of the wall to the piece, giving it more “inlaid” feel. Due to characteristic structure of the wall (lots of windows), the cutting and pasting took a lot of time, but with most of people being away on holidays, that whole process went a bit easier and smoother. 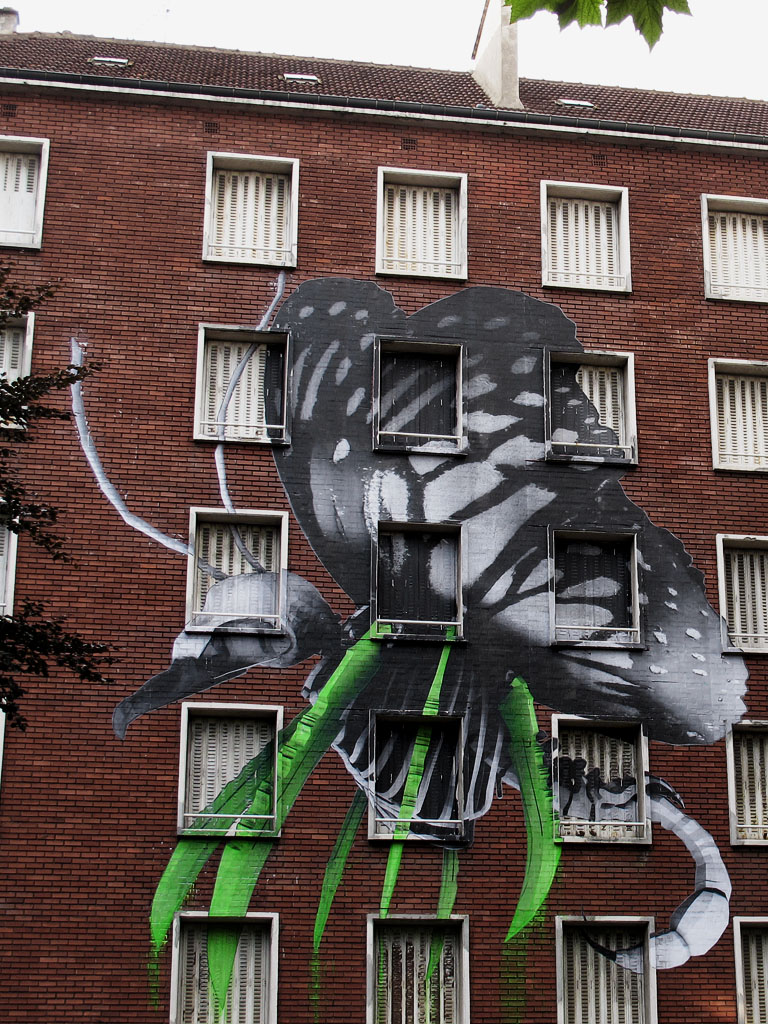 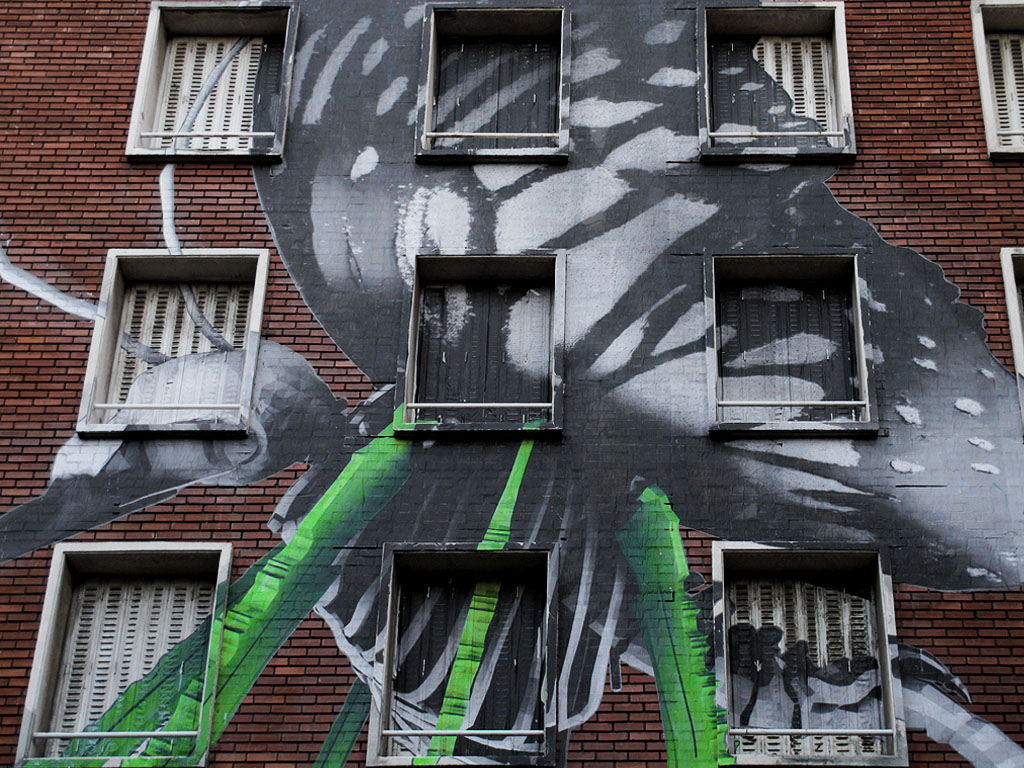