Philly-based painter, Jim Houser, recently worked on an indoors mural at Elixr Coffee in Philadelphia, as a part of their art program. While his works are showing in couple of group shows at the moment, Jim worked on his piece for couple of days, painting an image based on a small family portrait that is hanging in his son’s room. Using his signature palette of colors, and straight, very graphic lines and imagery, the piece has three birds in a peaceful, loving hug. Elixr plans to commission two indoor and four outdoor murals annually at their center city location. So far they have featured work by Yis “Nosego” Goodwin, Tim Gough, Courtney Brown, and of course Houser with more artists and murals are in the works. 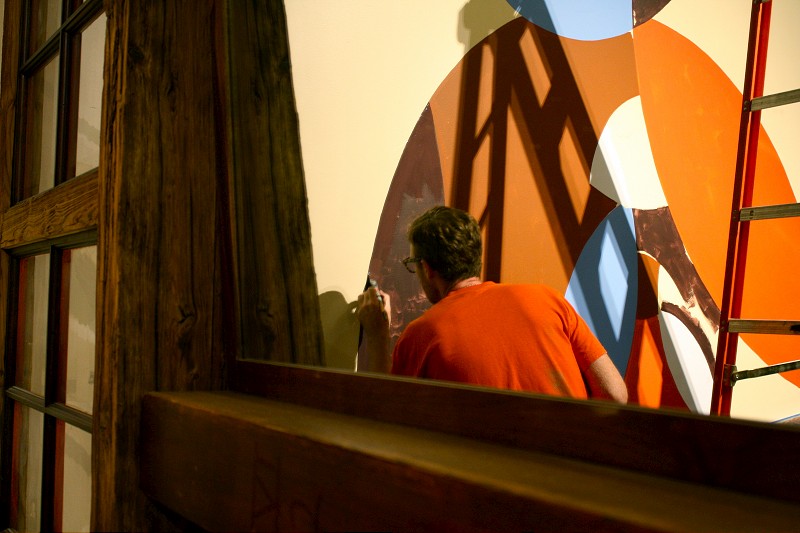 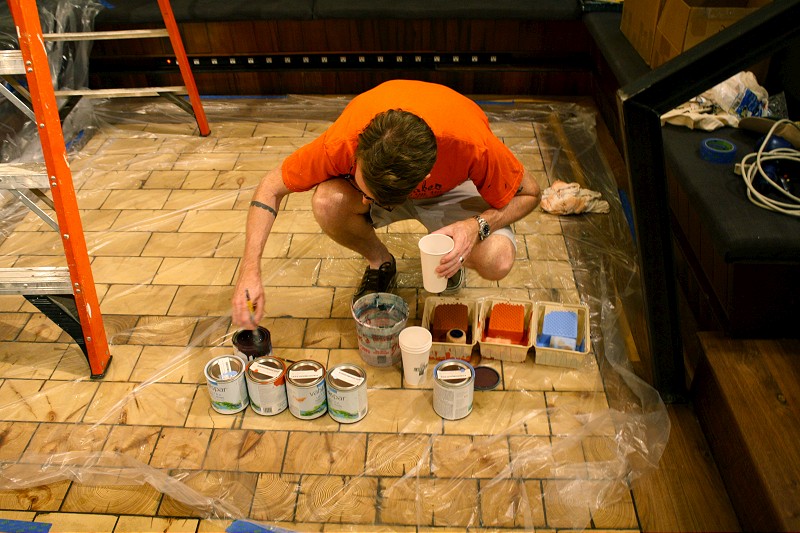 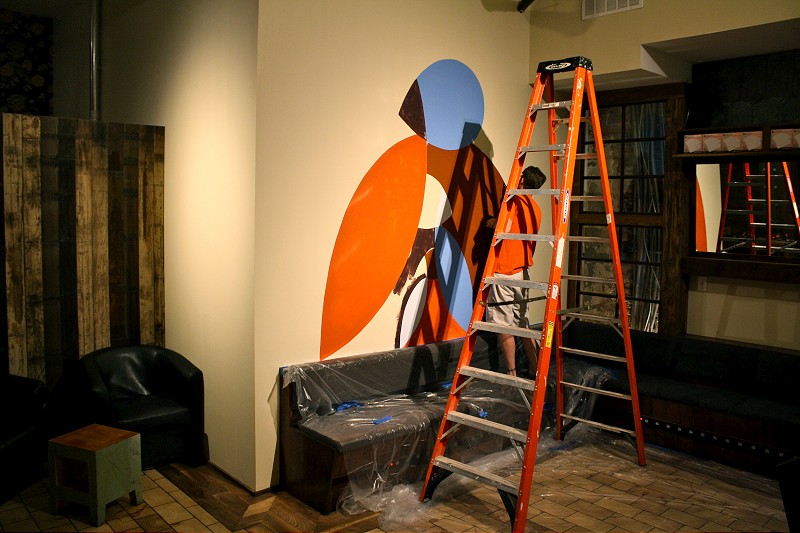 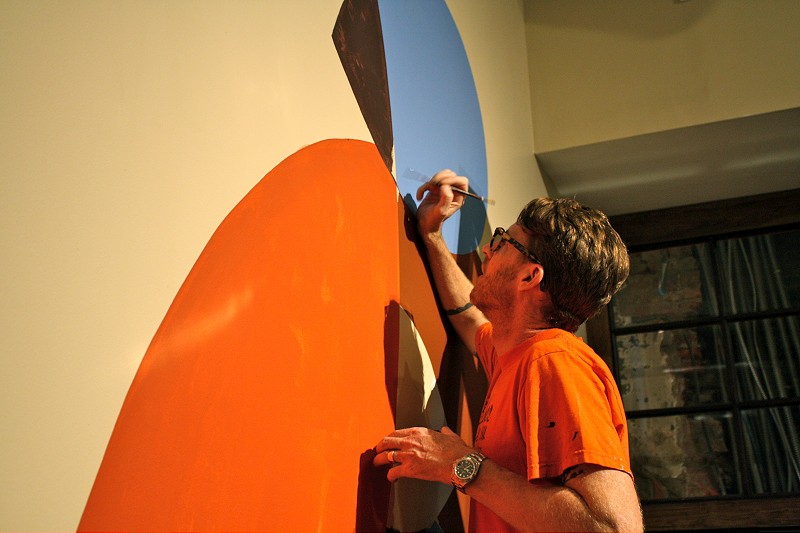 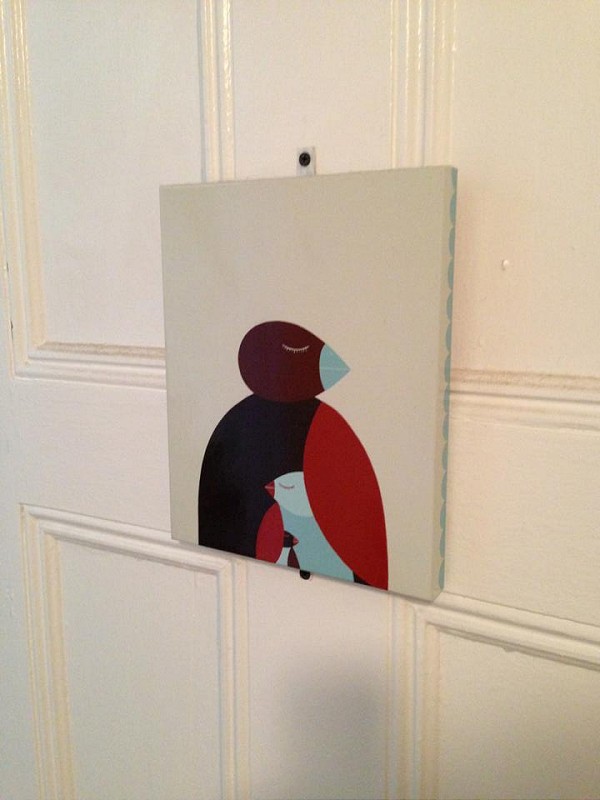 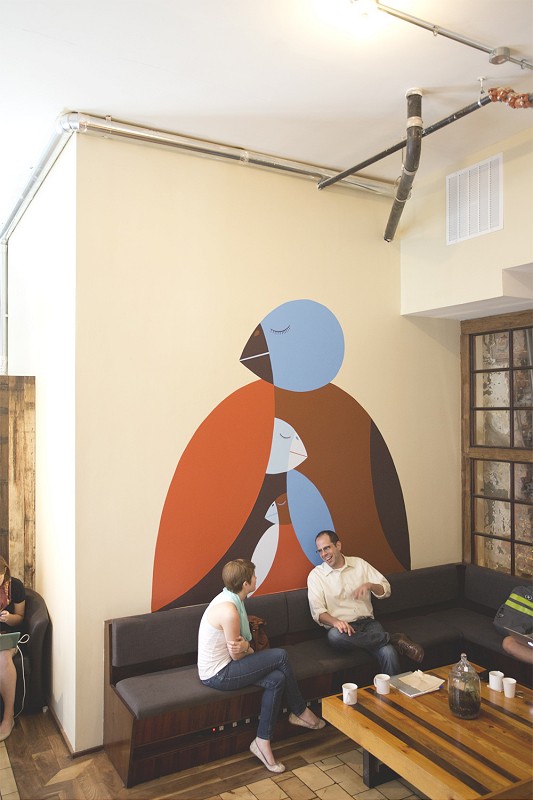