Several months ago, we told you about a big solo show coming up from Jonathan Yeo at the National Portrait Gallery in London. A new image has been released leading up to the opening on September 11th that reveals one of the subjects of Yeo’s contemporary portraiture as Damien Hirst. Wearing a chemical suit and equipped with a gas mask, the artist is sitting in a display case and “it’s not entirely clear if he is making something or whether he is being pickled in one of his own tanks.” 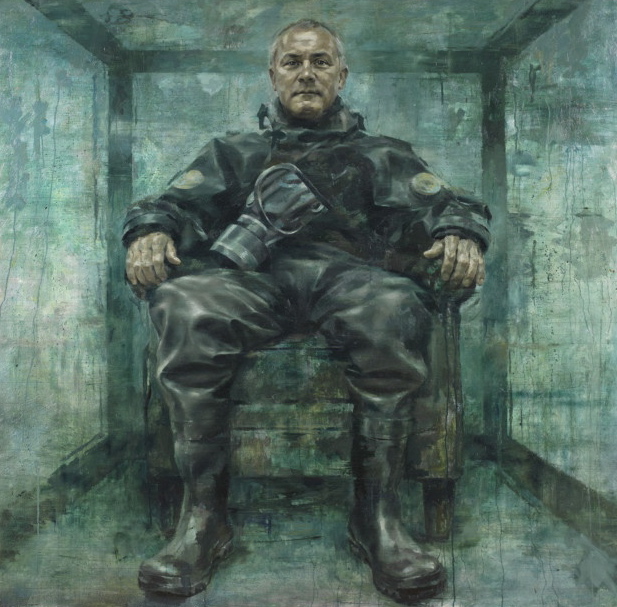