Australian artist Anthony Lister is currently having a big solo at Olsen Irwin Gallery in Woollahra, Sydney, until August 25. After showing his work all over the globe, painting in different motifs, working in various medias and sizes, Lister’s exhibition in his home county combines all those elements and brings to his fans one of the strongest bodies of work we’ve seen from him. With bigger scale works being displayed along with painted frames on the walls of the space, smaller pieces being presented in a form of a cluster, light boxes exhibited in a separate area of the gallery, and some sculptural work in between all of it, “The Beautiful Misery” is an installation in and of itself.

His spray can, charcoal and oil paintings feature some of his recognizable imagery such as superheroes, ballerinas, portraits, as well as some still life, all painted in his signature apocaloptimistical style (exploring a happier apocalypse). Varying in both size and mediums used, these pieces are probably the strongest part of the show, and the best examples of Lister’s non-street work. The other part of the show includes a series of light-box pieces, created with his imagery stencil-cut into black back lit boxes, the same way he intervened with a number of bus stop ads in the streets. Finally, the show includes his latest bronze sculptural works, as well as the sculptural version of his floral works that dominate the middle of the gallery. Usually showing with smaller, underground or urban art galleries, his show with Olsen Irwin is a big step for the young artist, and the positive response of art lovers and collectors of his new home town, makes it even more of a breaking point for the artist. 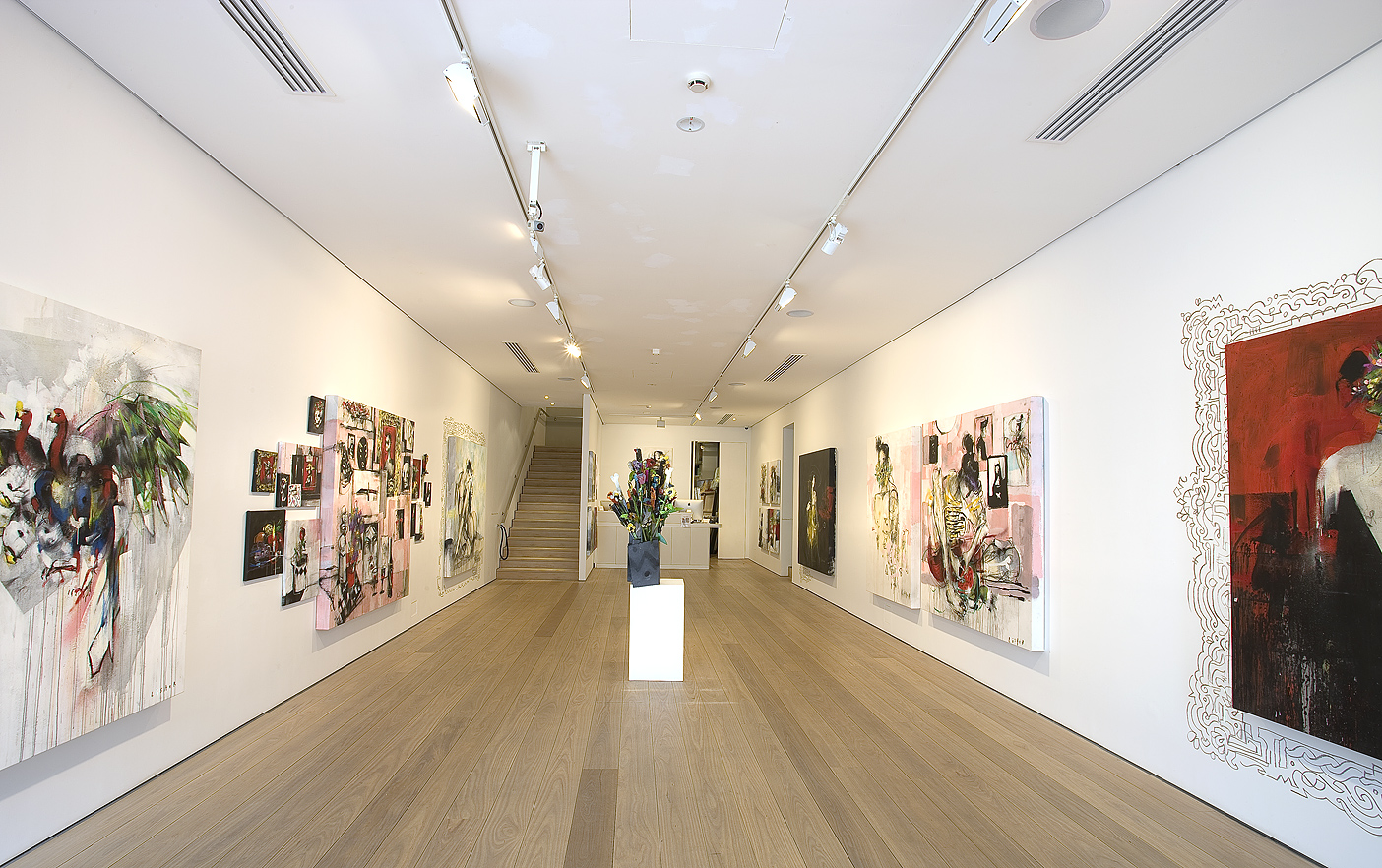 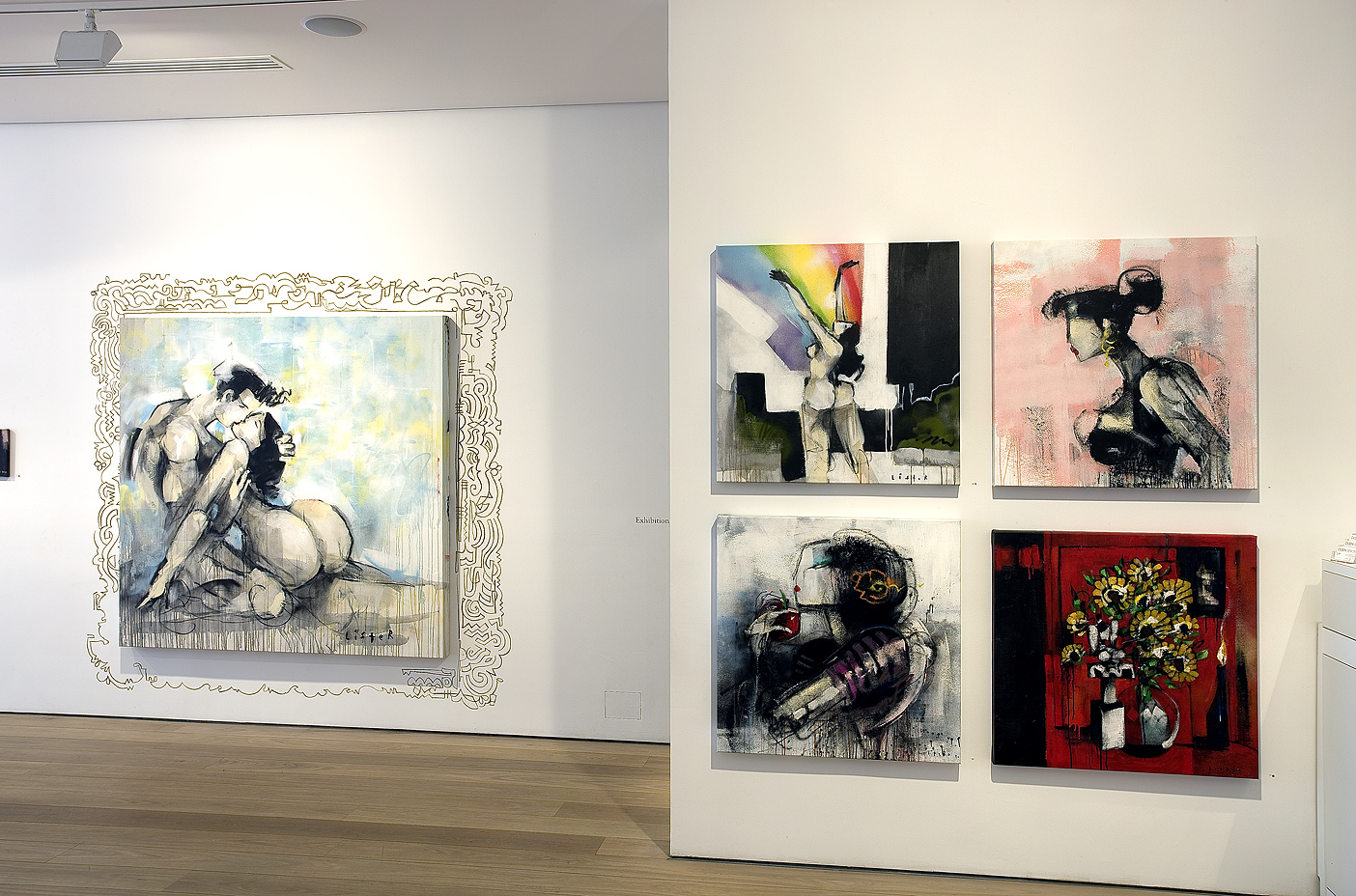 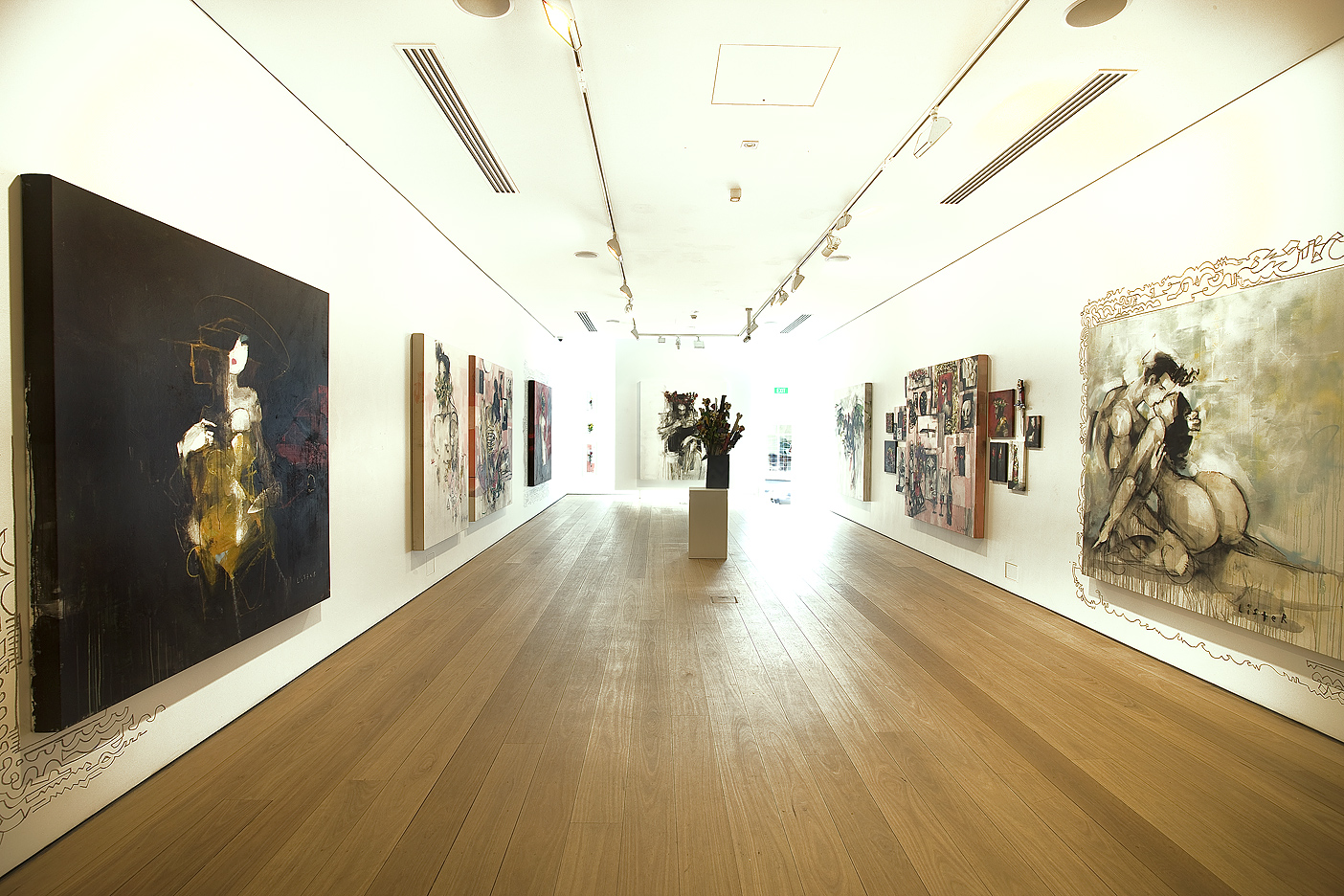 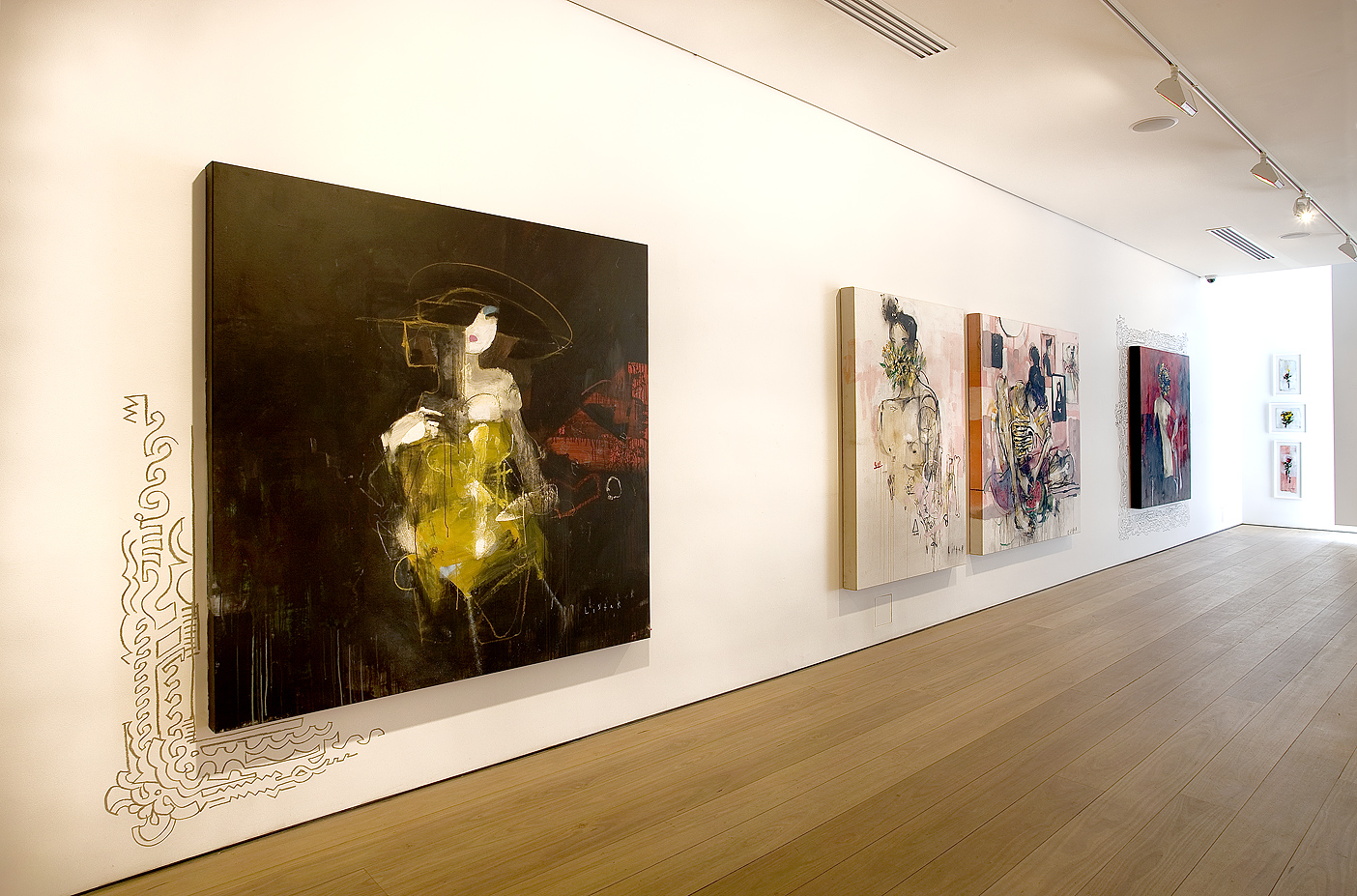 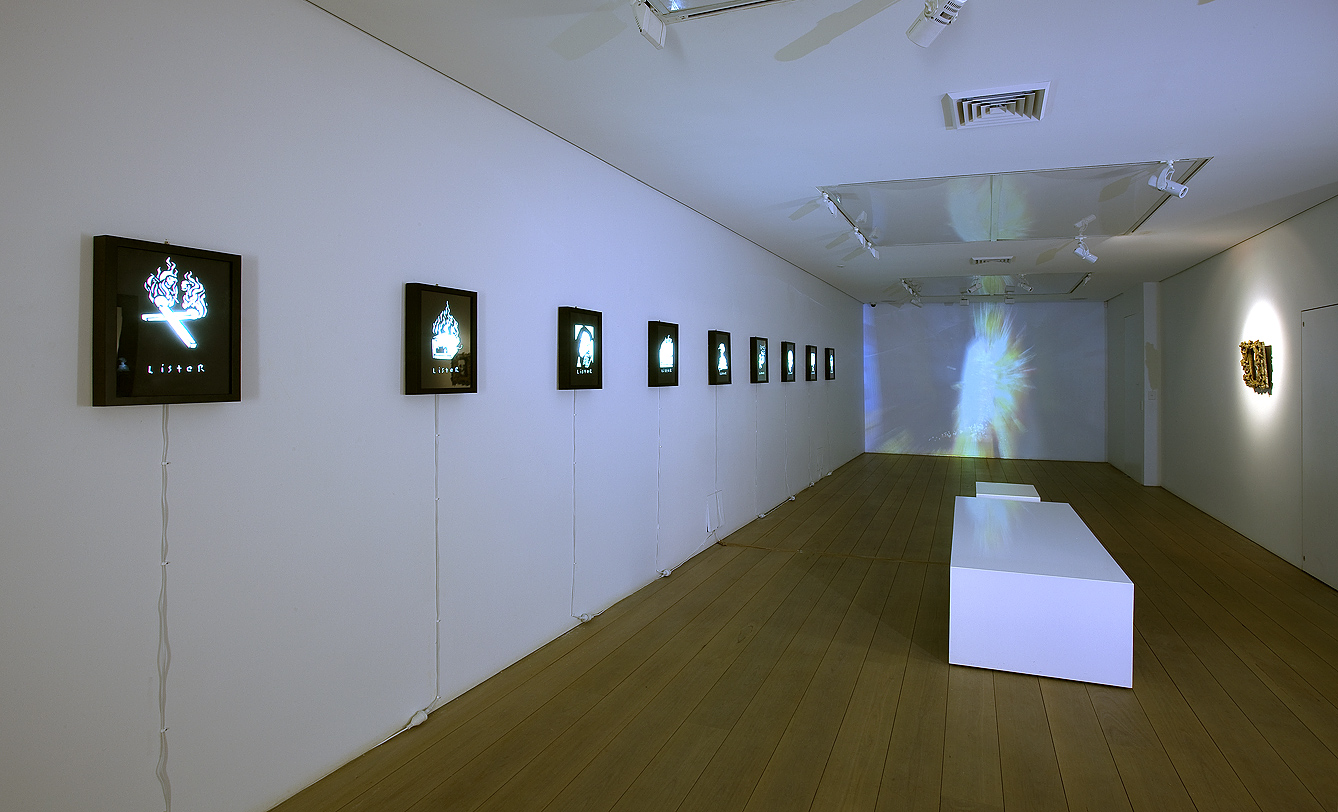 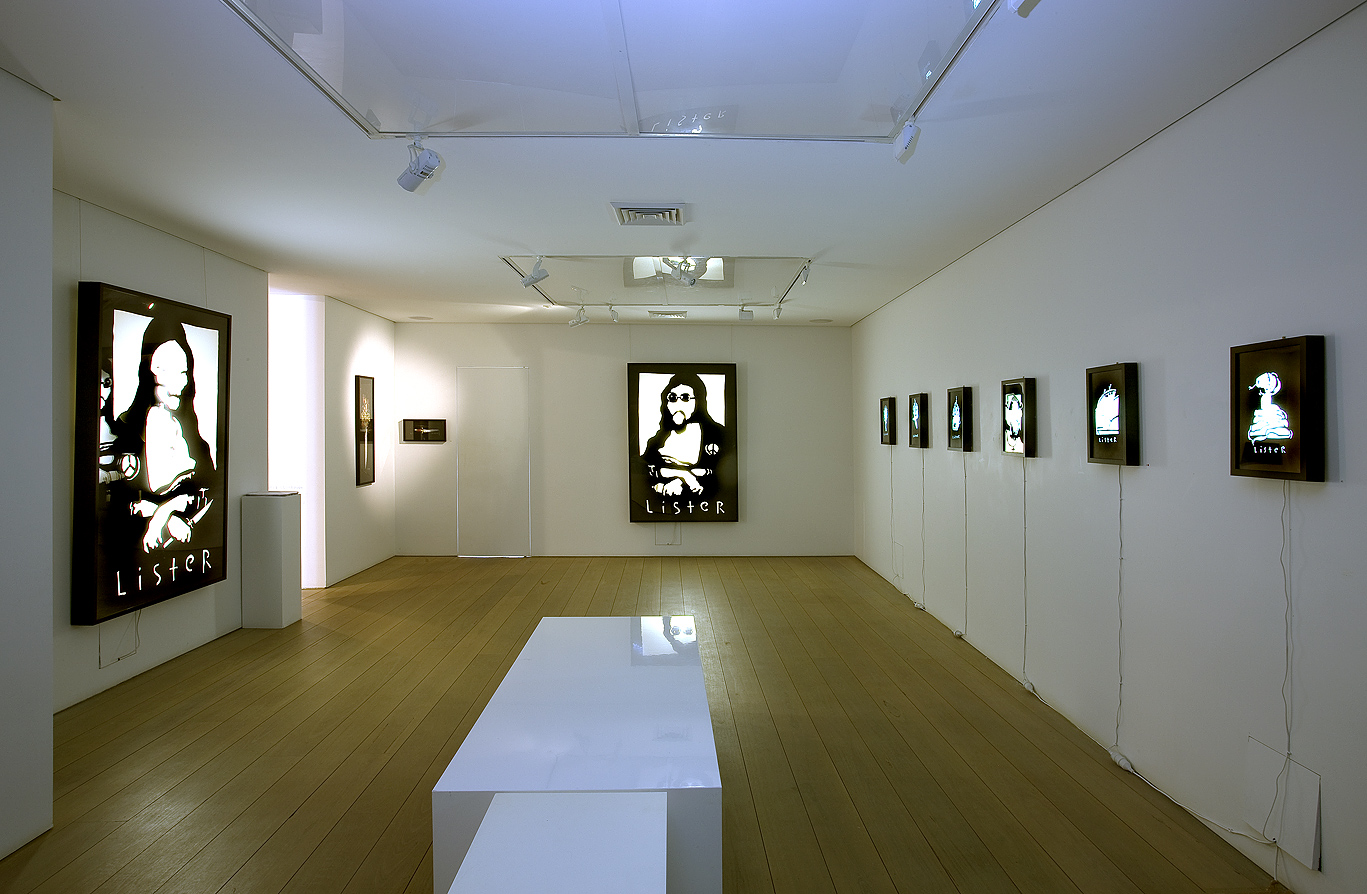