After participating in couple of street art festivals all over Europe, British muralist and artist Phlegm recently visited the East Coast of US. During his visit, he painted three huge murals, each quite different than the others, but all so recognizable and unique.

The first one he did was in collaboration with the Bushwick Collective, on Troutman Street in Brooklyn. This image shows a huge giraffe that birds are using as a hideout from poachers that are catching them. Existing tags on the building were cleverly incorporated into the mural, and made it all stand out even more.

The second piece – Phlegm painted in the New York State capital of Albany, where he worked on the back wall of a local comic store. He created this huge dynamic composition featuring a massive exodus of his signature humanoid characters, as well as different kinds of wildlife. With a simple black & white contrast, and use of silhouettes, the artist achieved a lot of depth on this huge back alley piece.

For the last stop (seen above), the Sheffield-based artist went back to Brooklyn, where he got up on a big wall down in Sheepshead Bay area thanks to a little help from Bottleneck Gallery. The image he created there is his commentary on smartphones, and the way they are affecting people’s lives. According to Phlegm, these popular gadgets give people a strange illusion of being connected to other people through a great technology that is easy to abuse, and as such is very concerning. This piece really pops on this red brick wall, giving the entire image and its message that much more power. 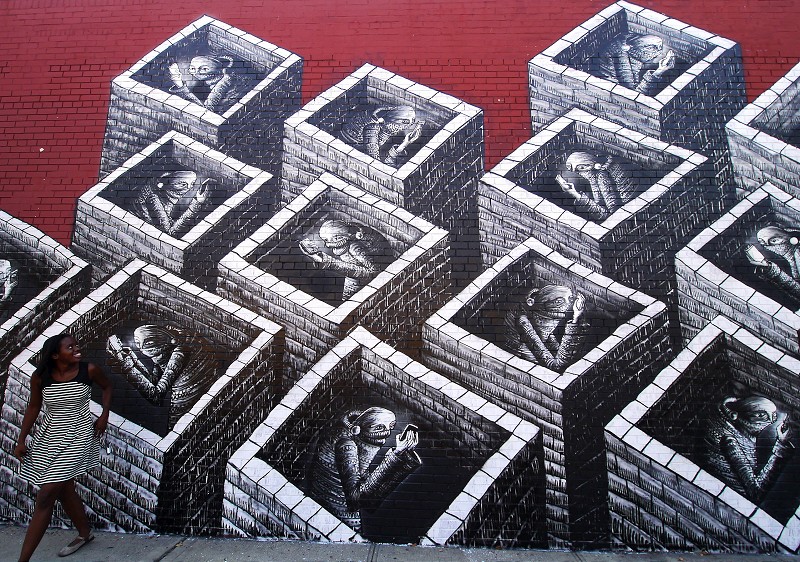 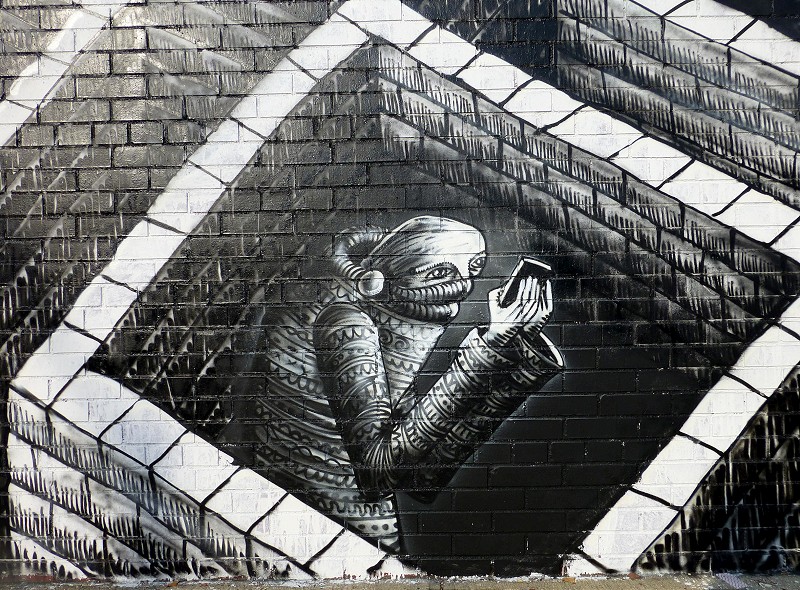 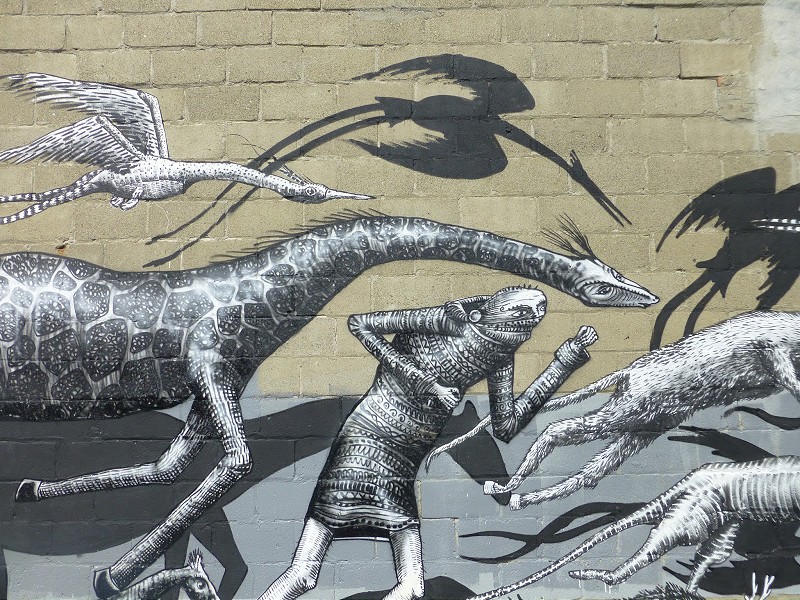 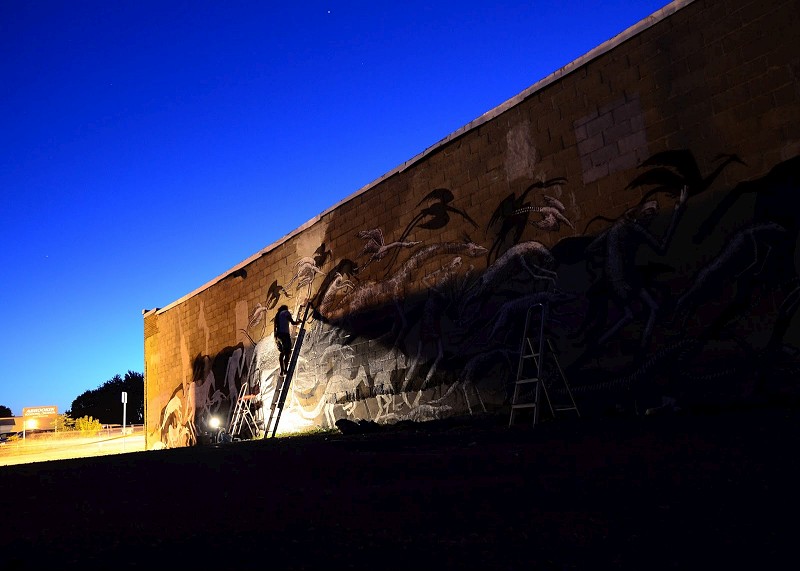 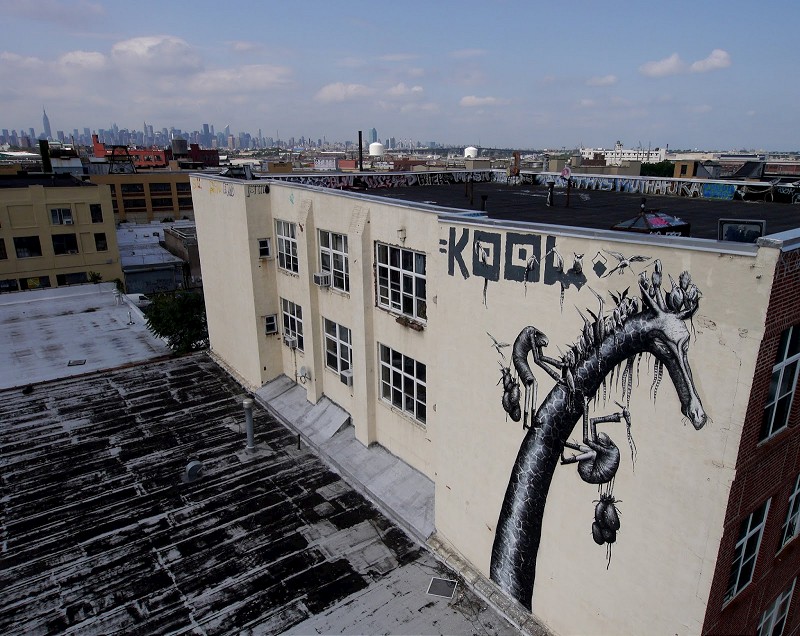 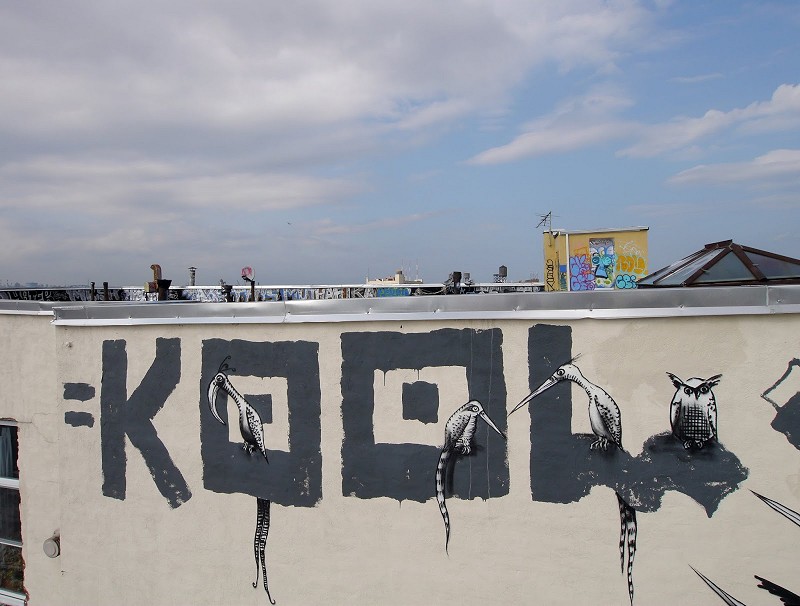 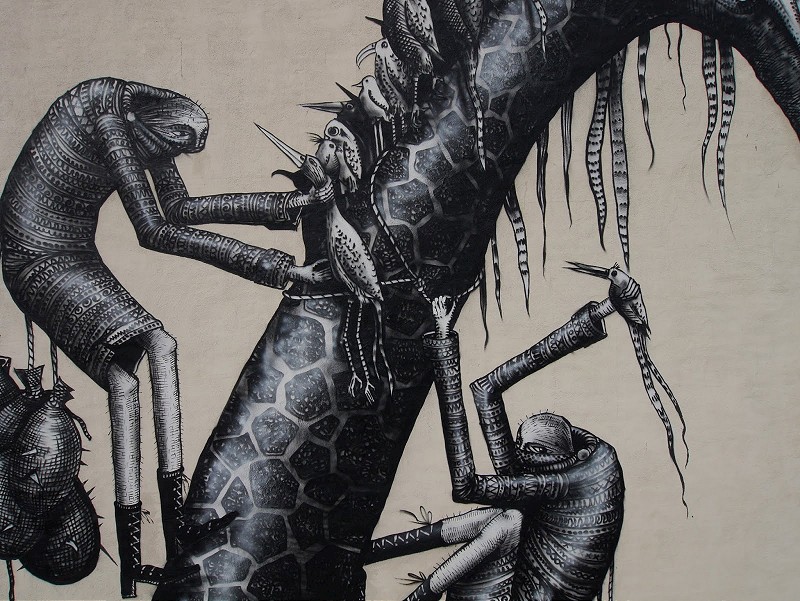