Muralist Phlegm recently travelled to Ibiza for this year’s Bloop Festival which has just gotten started. Like his effort last year for the event held on the popular island in the Mediterranean Sea, the Sheffield-based street artist was given lots of space to work with. He didn’t waste much of it as he painted a huge robot appearing to examine bits of his own brain, but a closer look reveals some of his signature characters in CONTROL – the theme of this year’s festival. Other artists scheduled to take part include Interesni Kazki, Dadi Dreucol, Iena Cruz, Malarky, and Lo Spina. 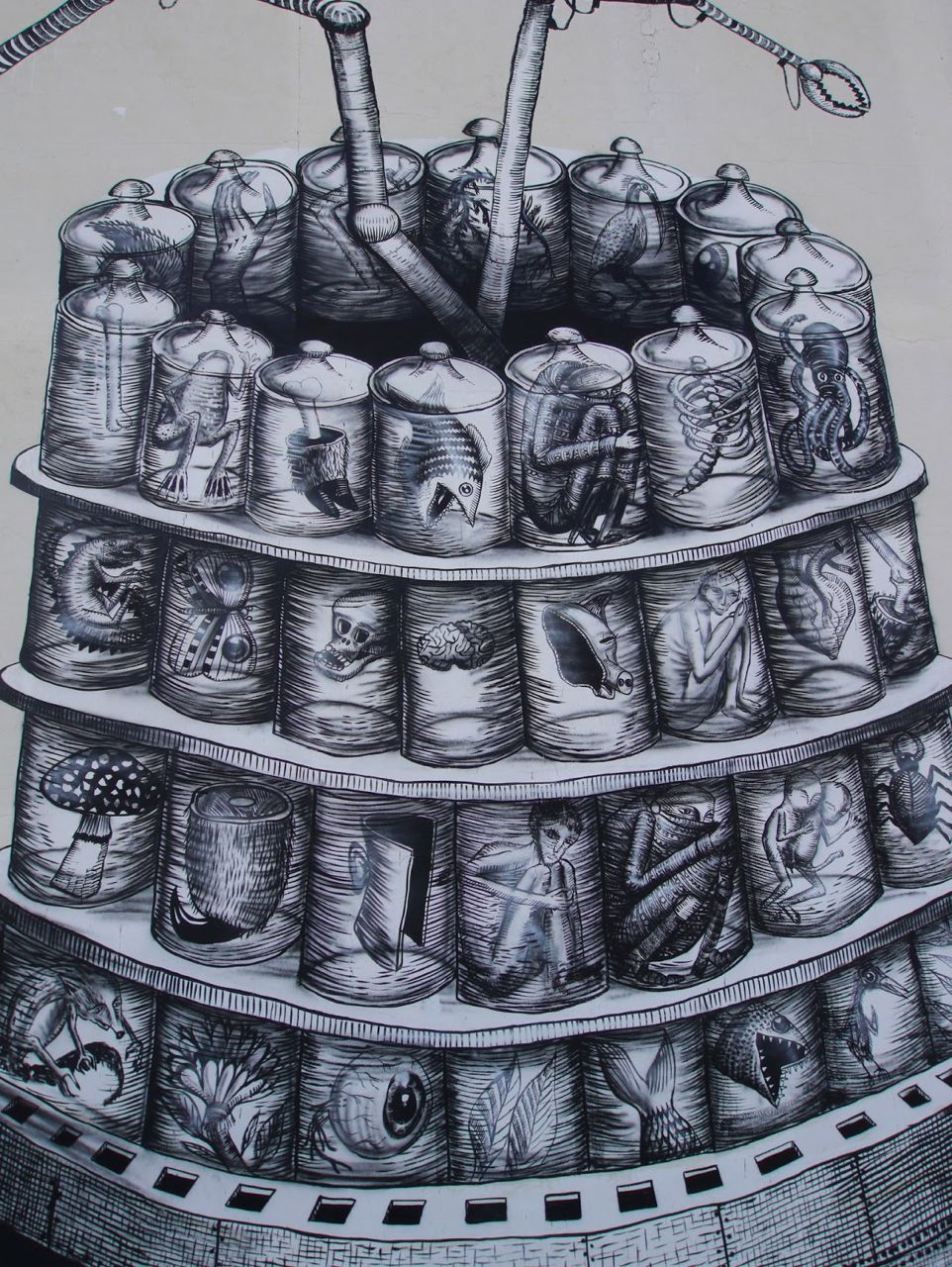 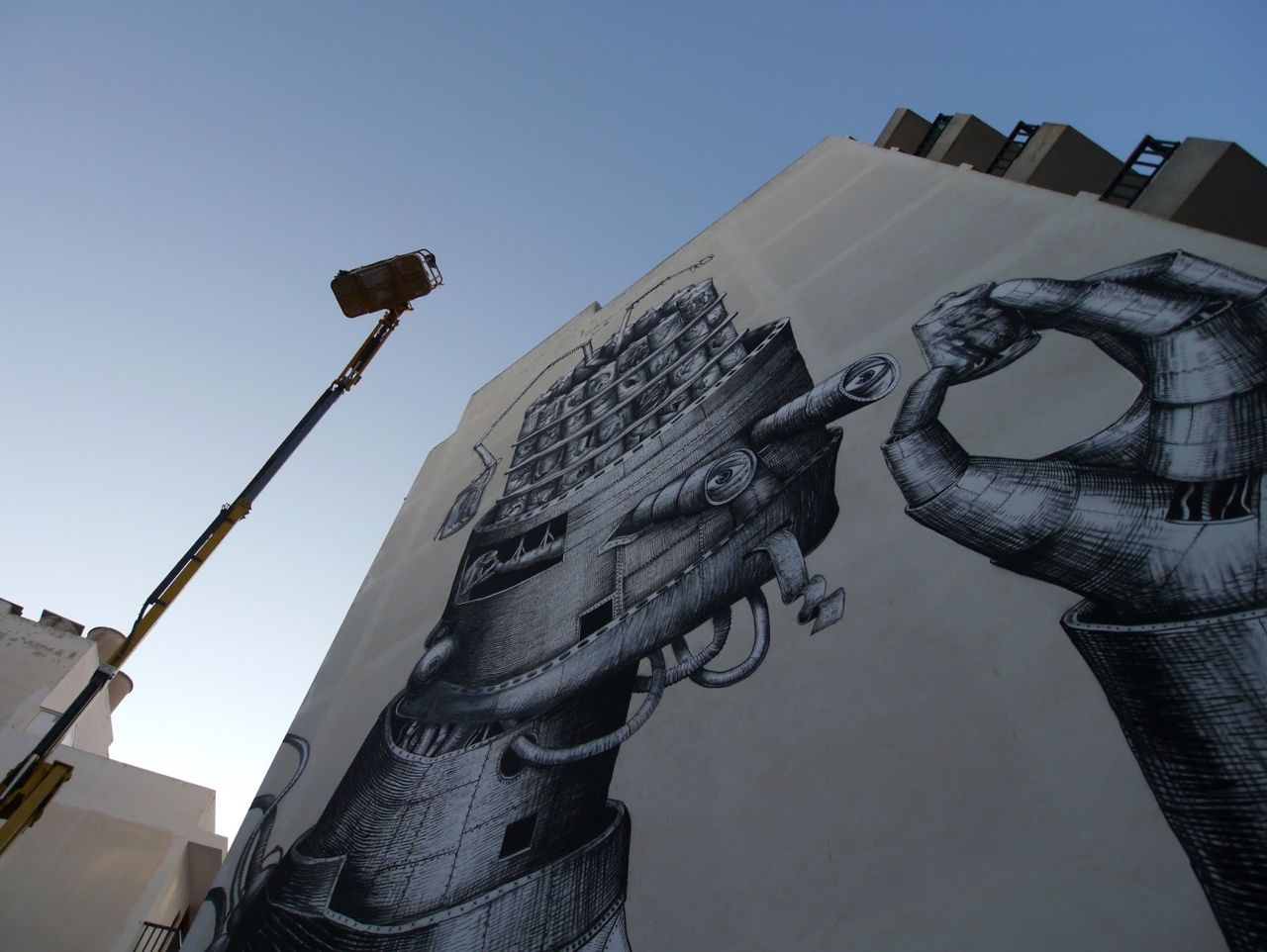 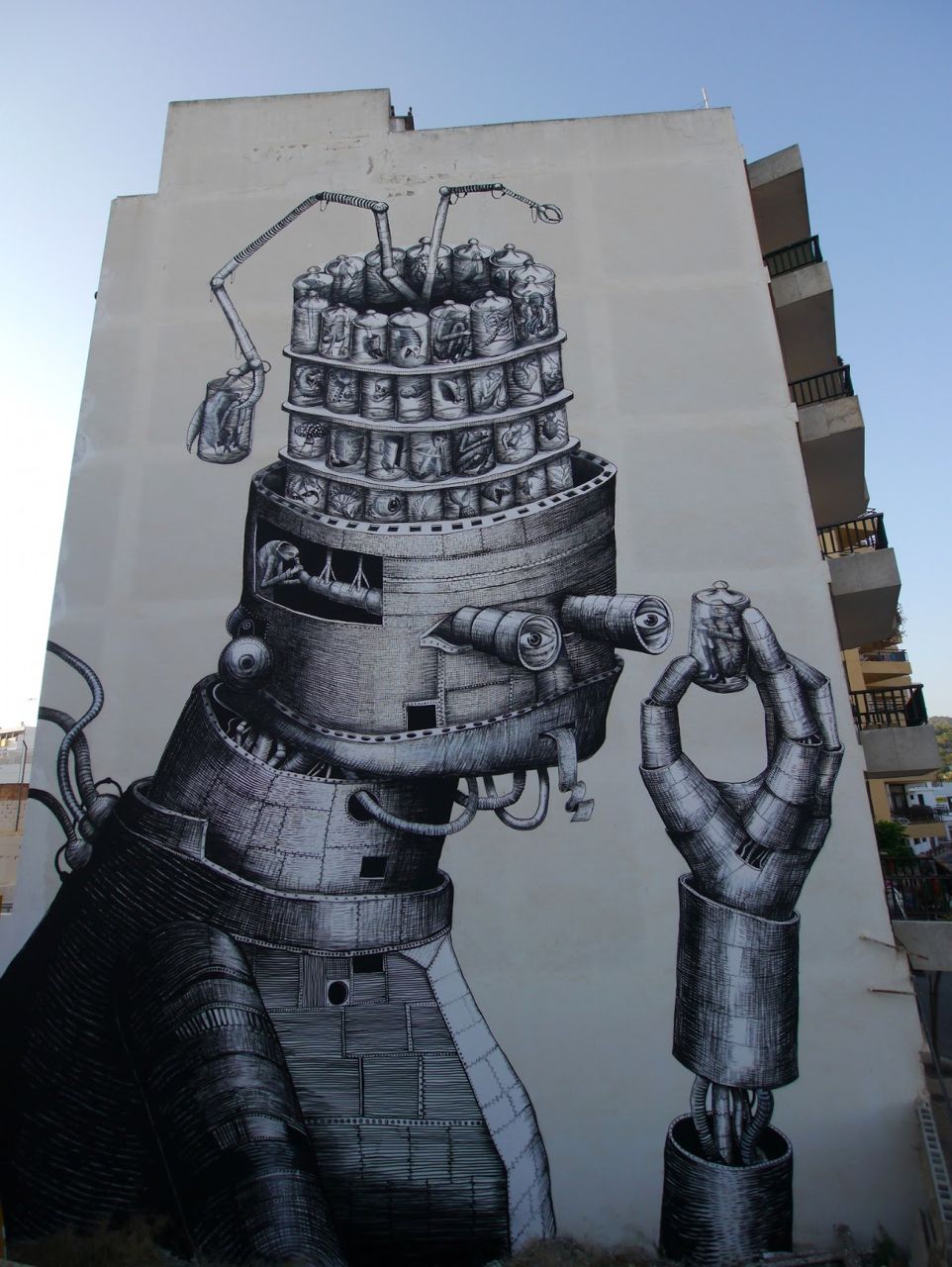 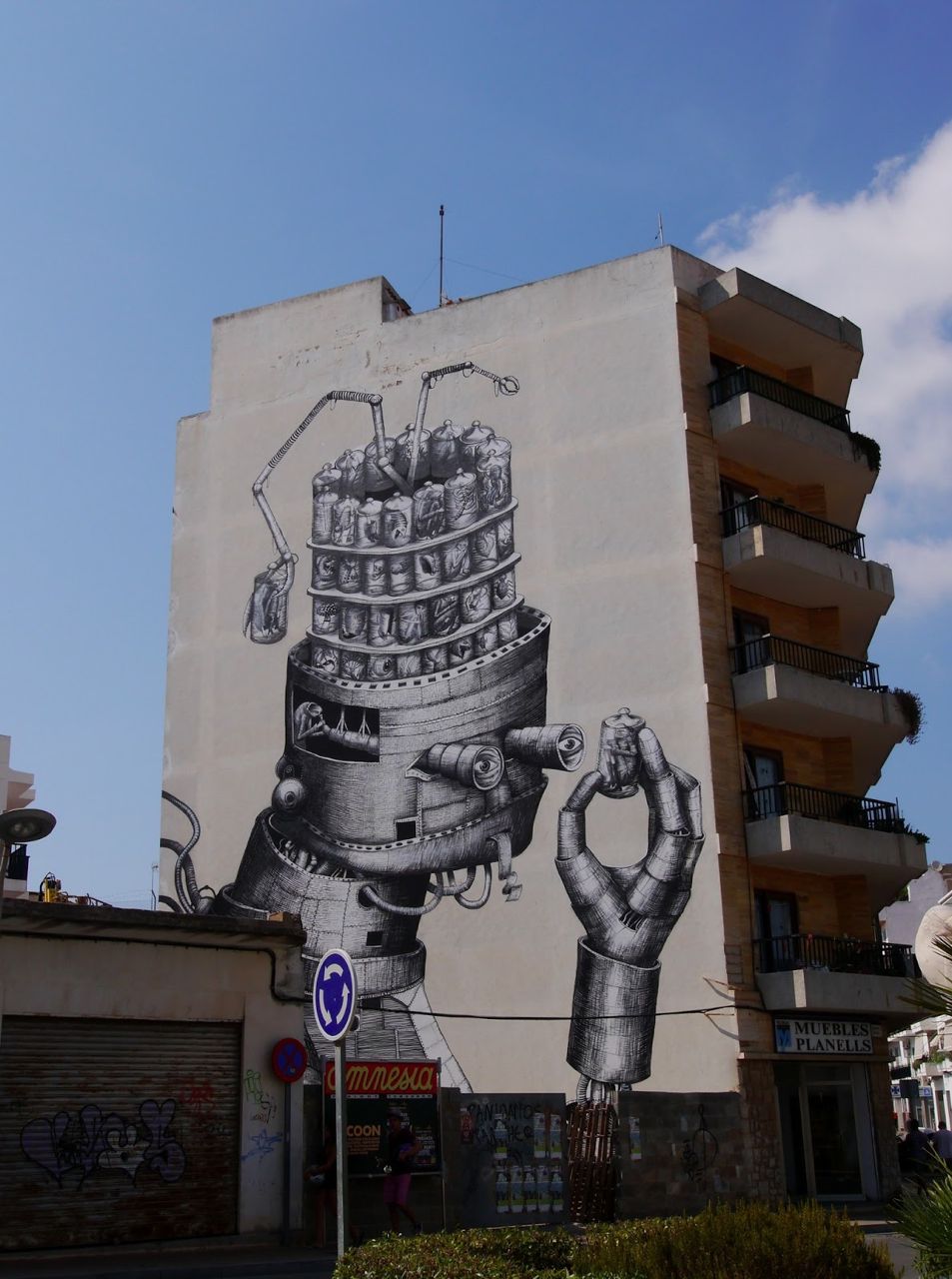 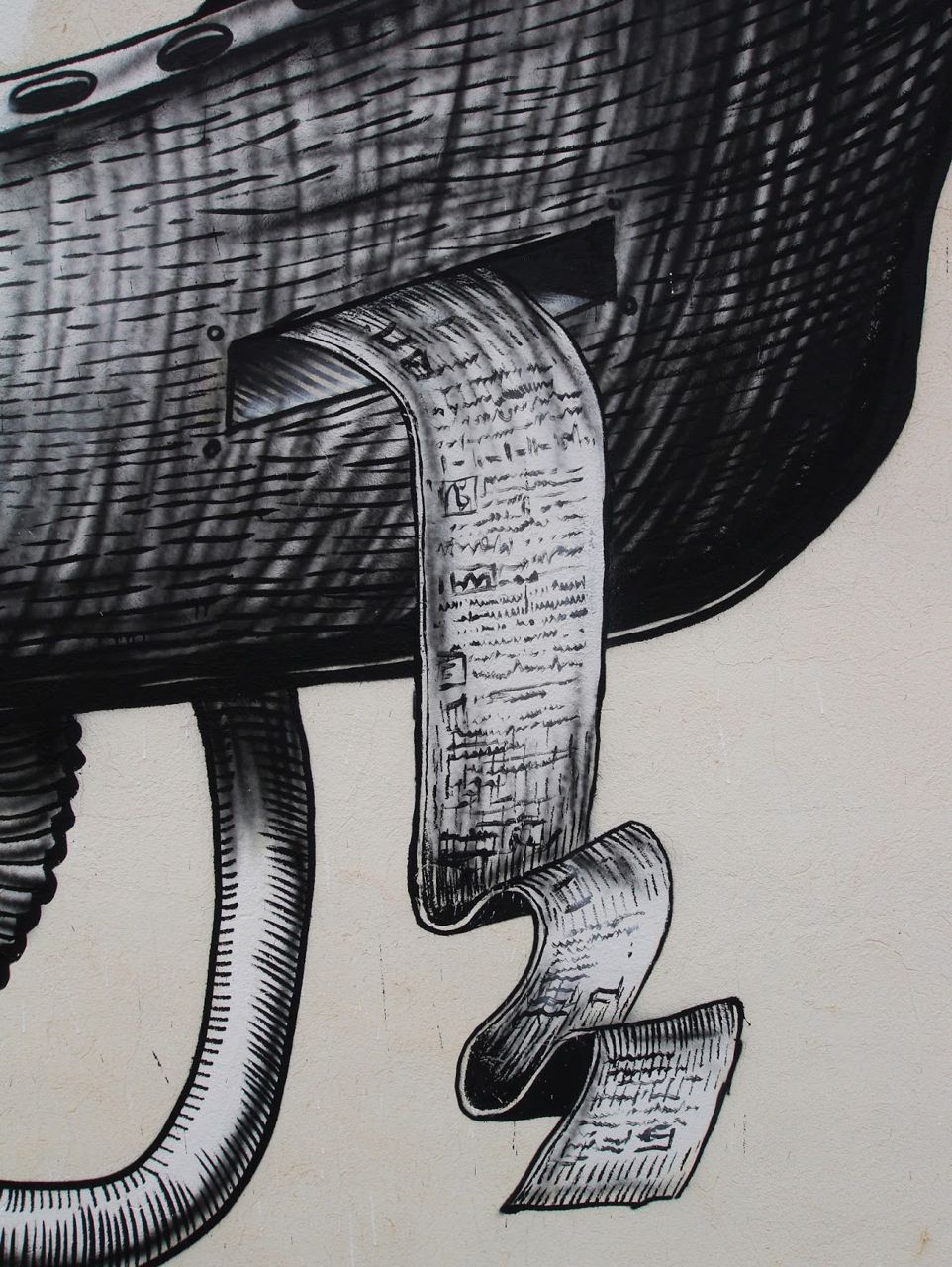 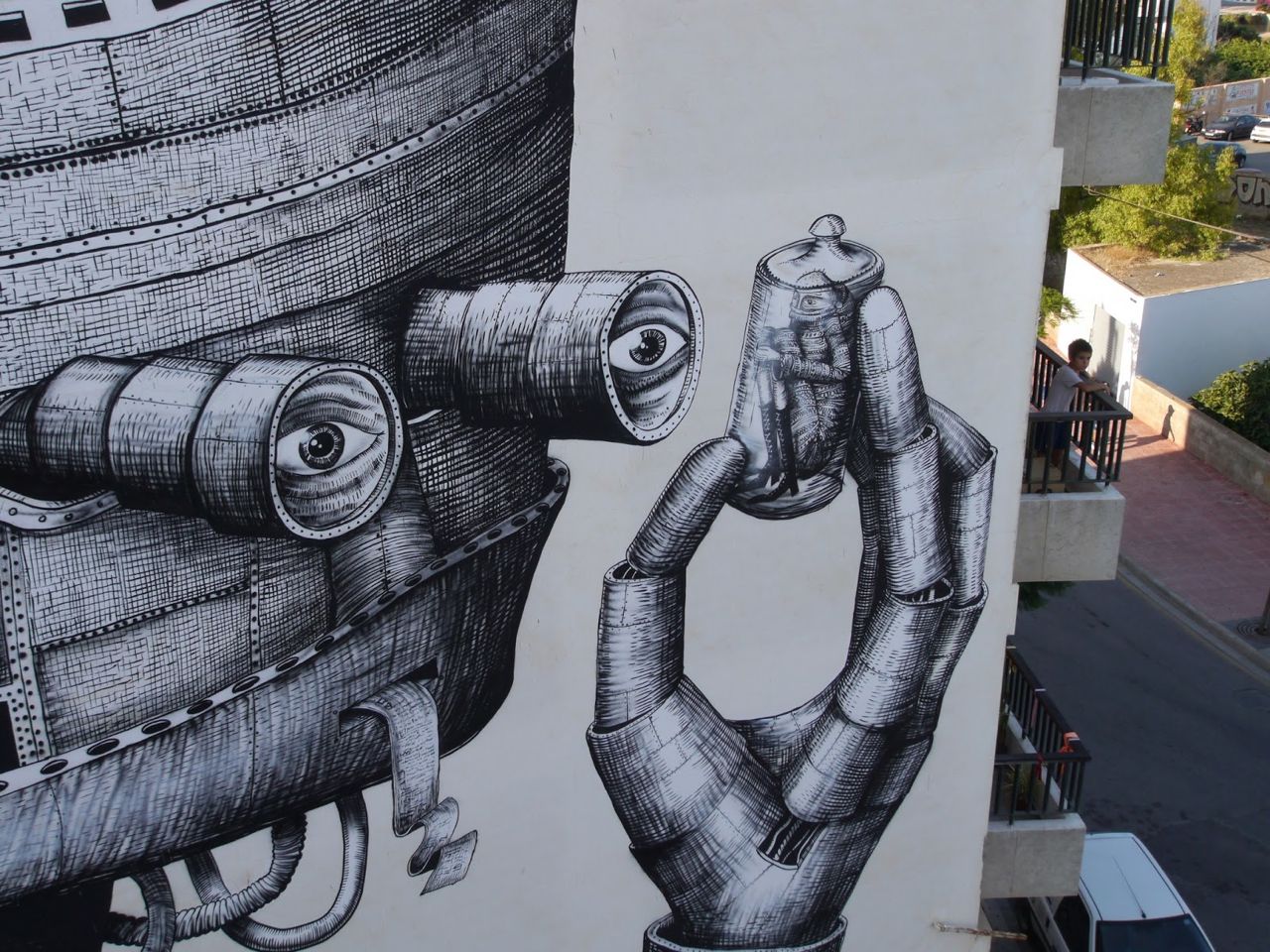 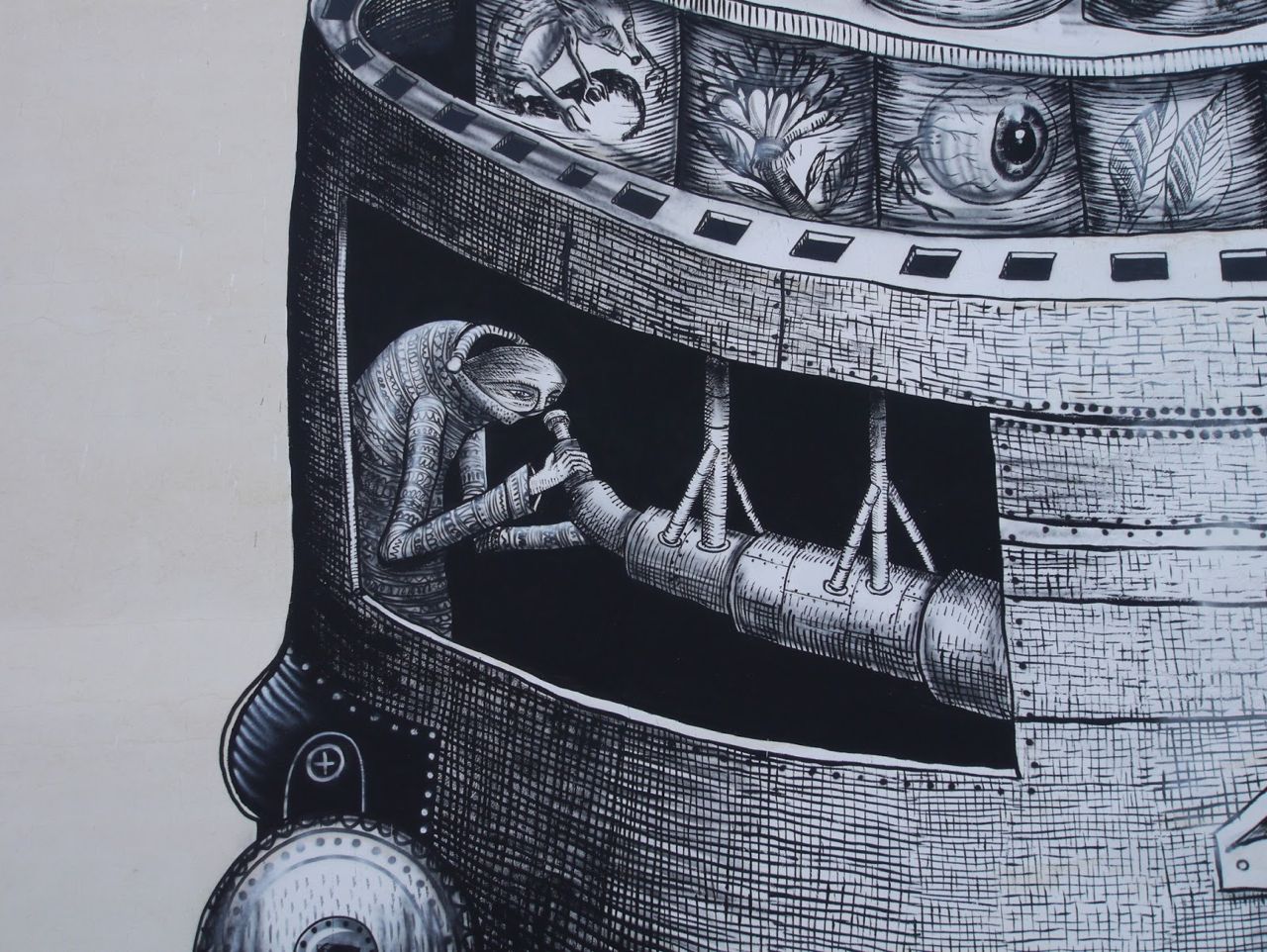