Pure Evil Gallery in London recently opened a solo show The Riot Series by Australian artist Jimmy C. Known among London urban and street art lovers through his murals that can be found scattered around the city, the artist introduced the series of works made during and after the London riots in 2011. Created with his recognizable “drip paintings” or “scribble paintings” technique, the large pieces show the strong elements and moments from those couple of hectic days on the street. The artist was directly and deeply affected by the “riot police gathering outside his studio door and helicopters circled overhead,” and that energy was directly translated onto his canvases. His technique is a perfect way to capture these intense emotions and show the “individual’s resistance and intolerance of government systems or regimes.” Both very expressive and realistic, these 8 paintings capture the moments in which fire or explosions lit up the skies and showed the brutal reality that was happening on the streets. The Riot Series will be exhibited until October 27th . 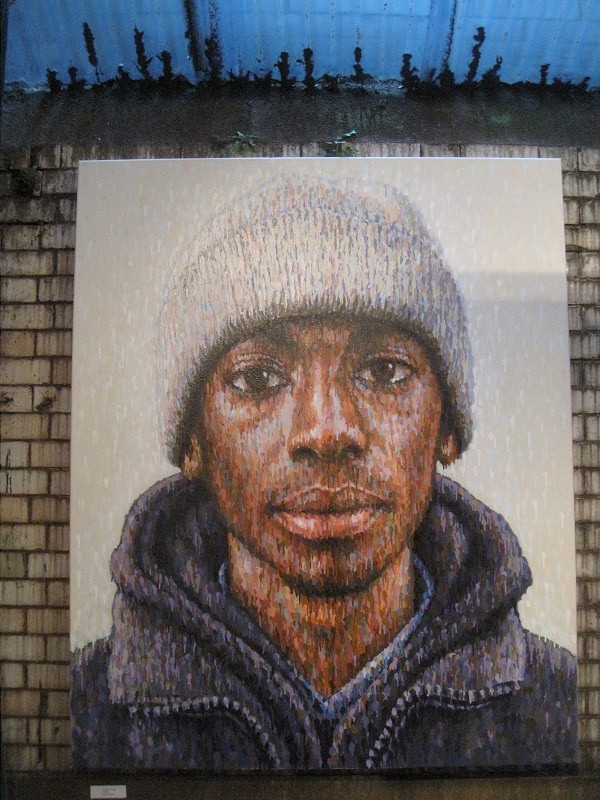 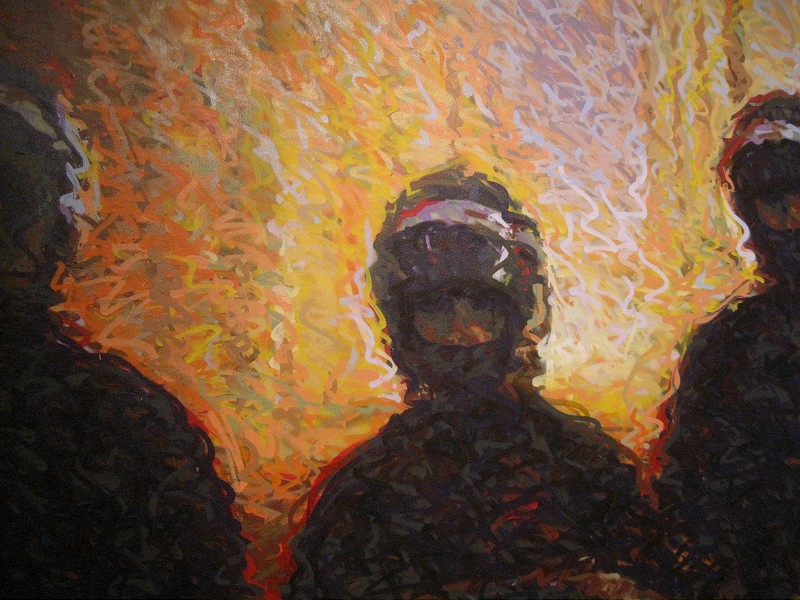 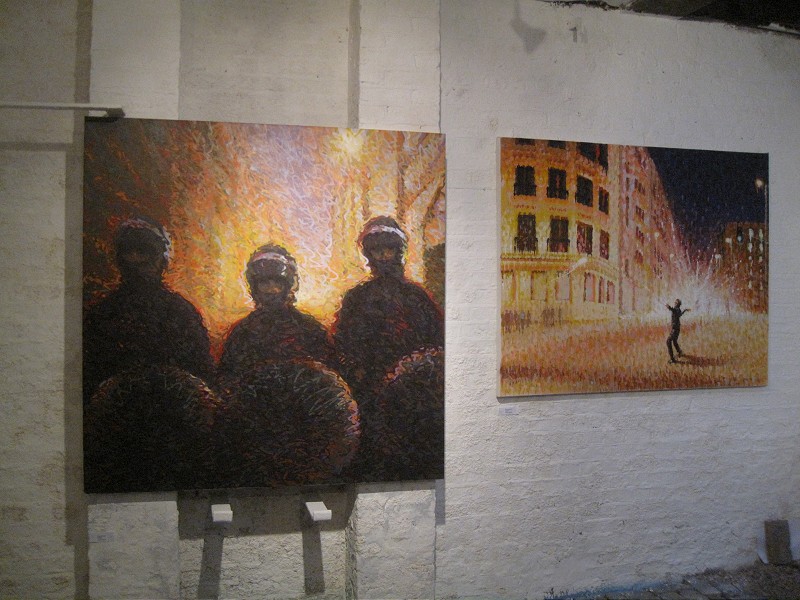 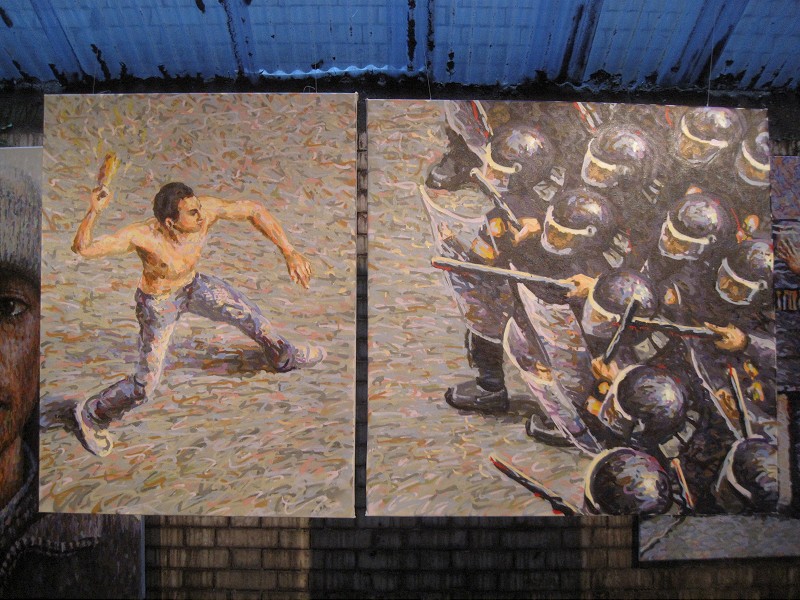