French artist Ludo (interviewed) was recently in London, where he created several new works on the streets of the British capital. Along with leaving his recognizable mark in form of black and white pasteups with bright green accents, the artist arranged a new gallery representation in the UK with Lazarides. New pieces include an image of the grim reaper with a banana instead of scythe, a huge “armed” sunflower with bullets and machine guns scattered around, and a familiar pineaple/skull punk image. After this, the artist had a short stop in Italy, and than went back to his studio in Paris where he is working on some works for a group show at The Garage in Amsterdam. 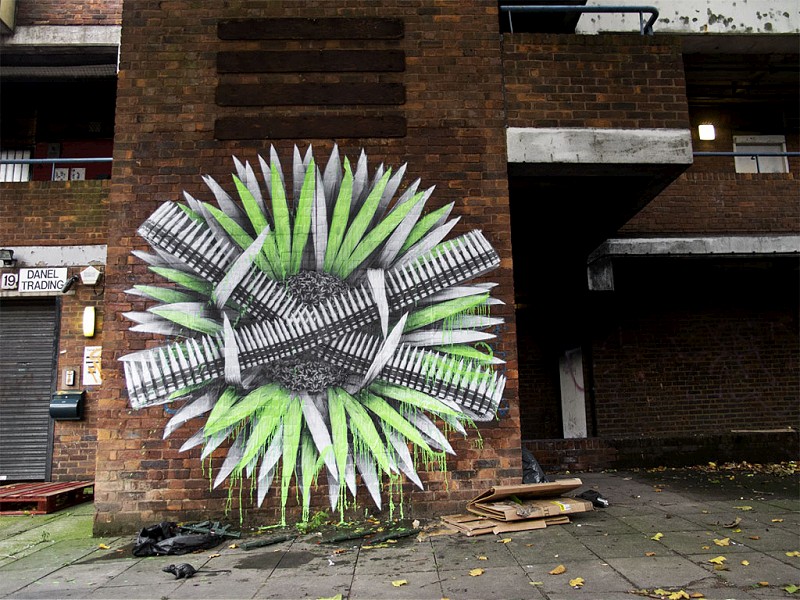 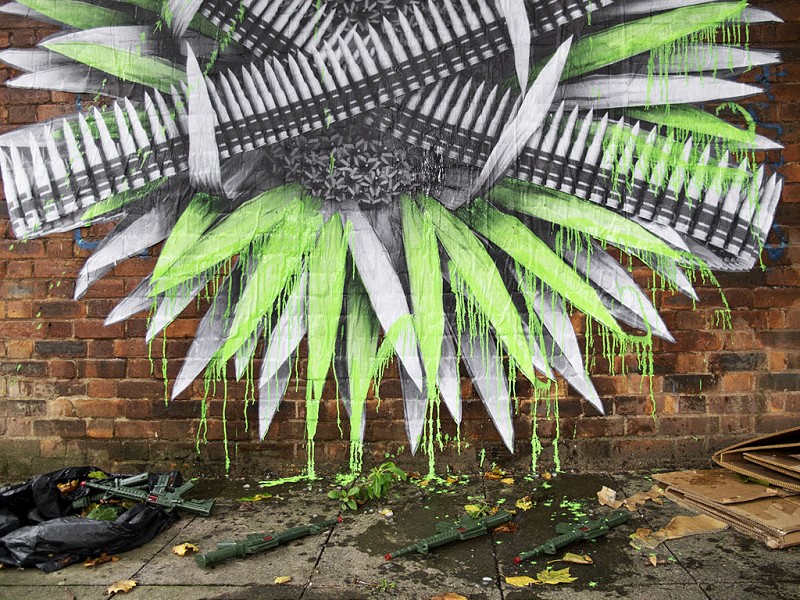 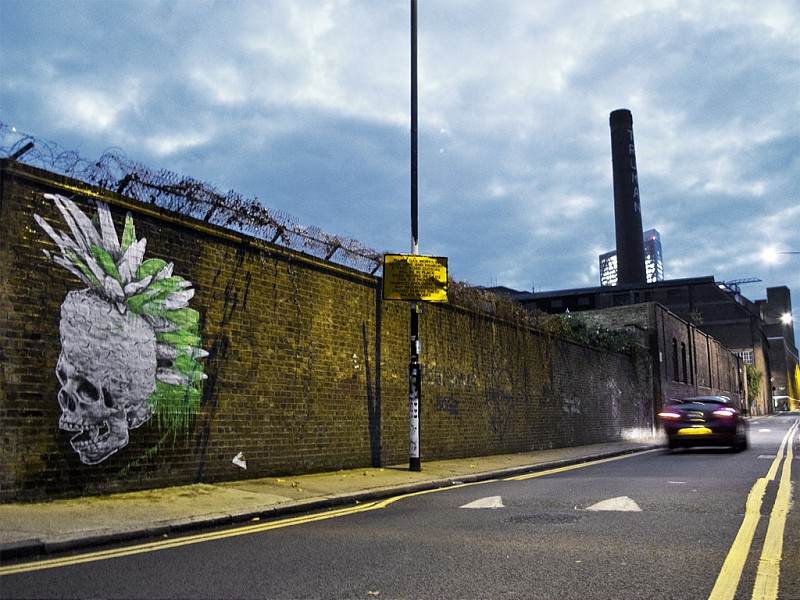 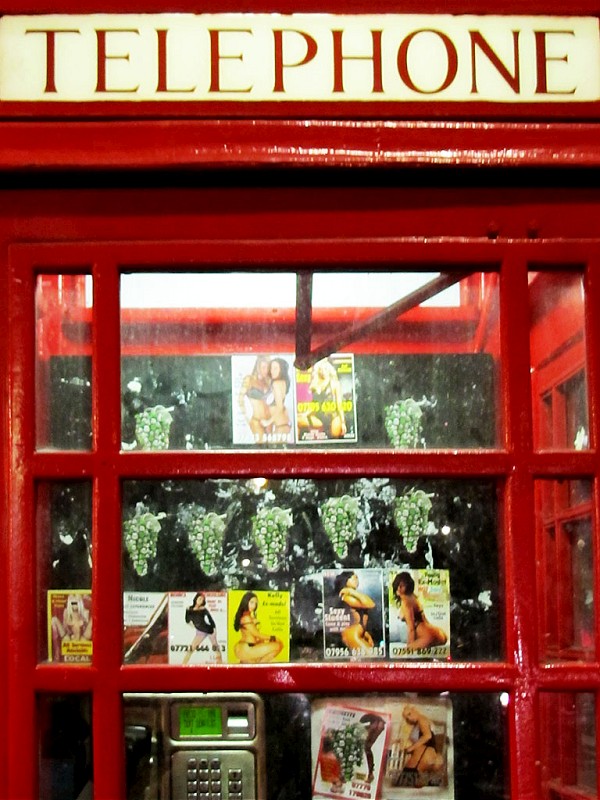 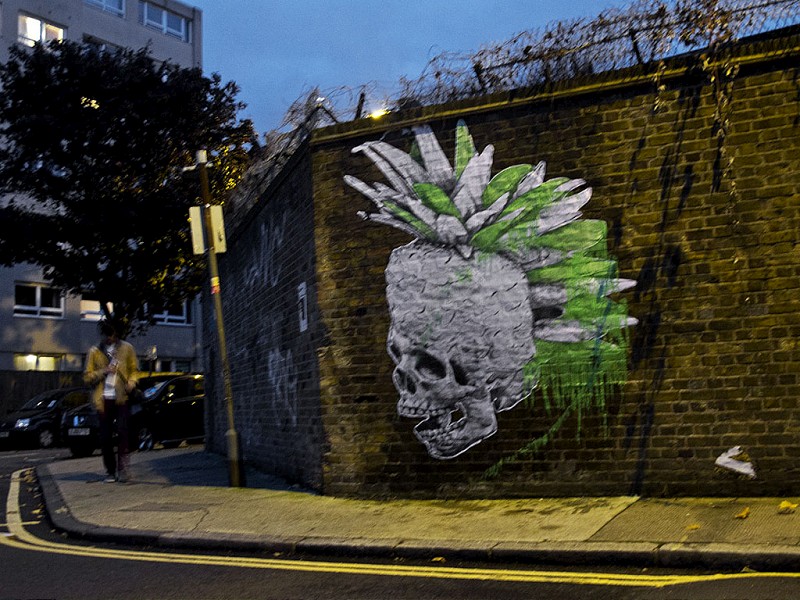