There is an old saying that the window to your soul is through the eyes. Marco Mazonni has capatilized on this, by excluding them from his brilliant color pencil drawings. The exclusion mystifies and intrigues, while the surrounding plants, flowers, and familiar animals try to ease our reactions.  Naturama features three larger works and a bounty of smaller pieces on moleskin paper, giving us a detailed look into Mazzoni’s animal kingdom. Several of the smaller pieces feature a monotone palette, with a ball-point pen replacing the usual colored pencils.

Mimicking portraits of century old Chinese Emperors, Lindsey Carr’s La Petite Singerie exhibition literally sparkles on the walls. Primates have replaced the human imperialists, but they are by no means living primitively. Immaculately dressed in fine robes, the pieces are replete with gold leaf and paint. Chinese characters abound, and combined with the paintings themselves, create clues as to their meanings.

La Petite Singerie and Naturama will be on display until November 30th at the Roq la Rue Gallery in Seattle. 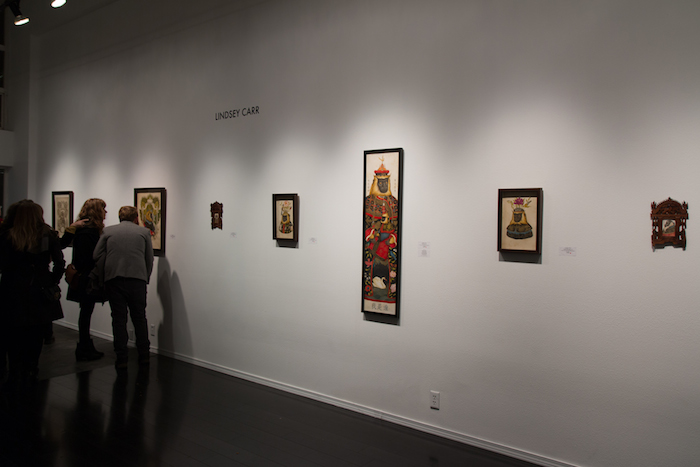 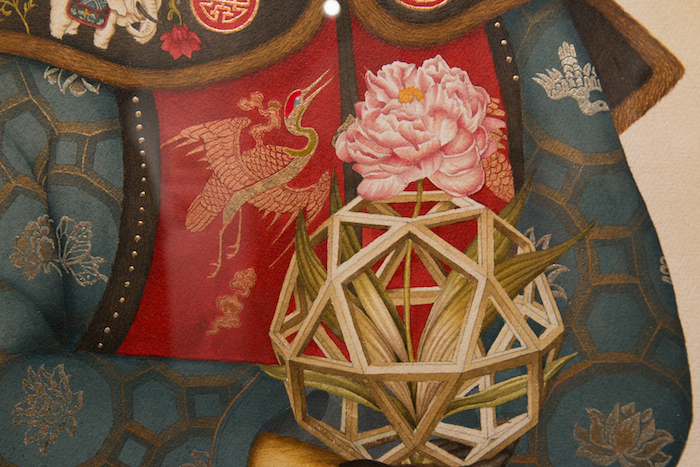 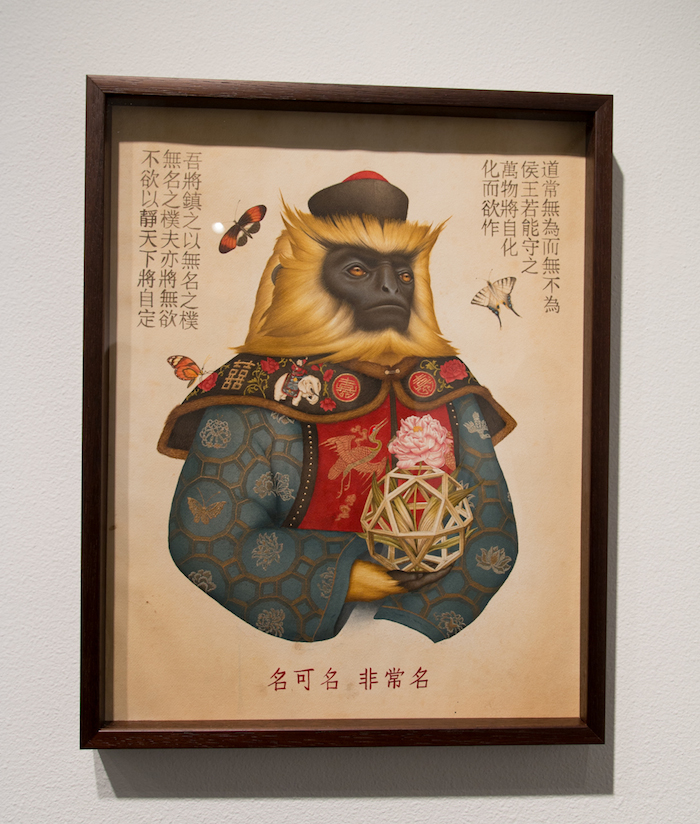 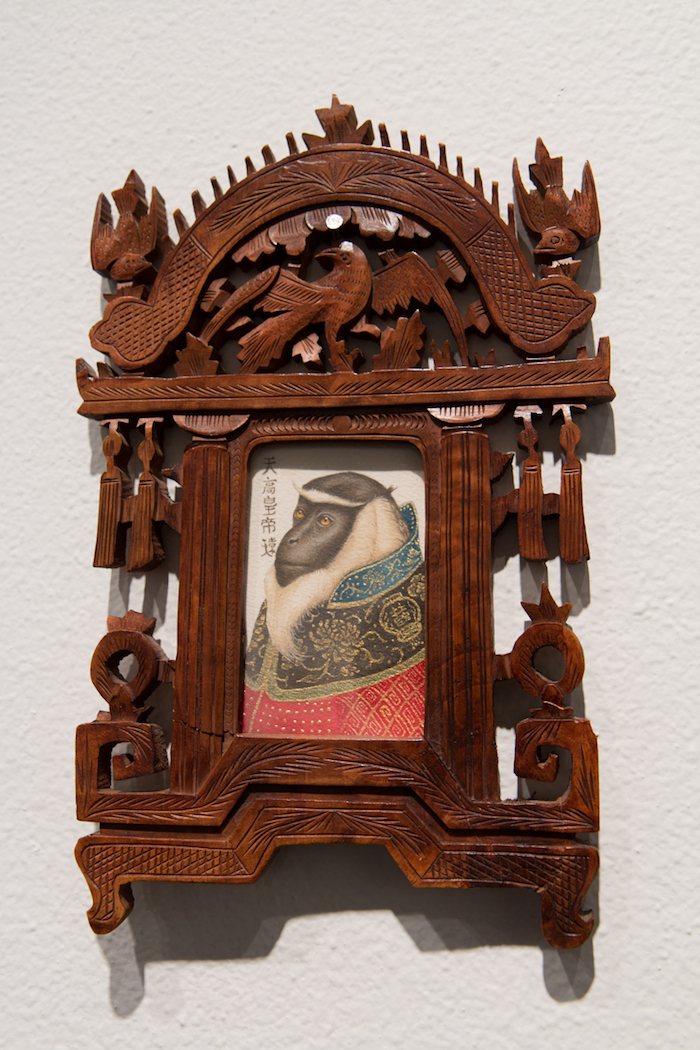 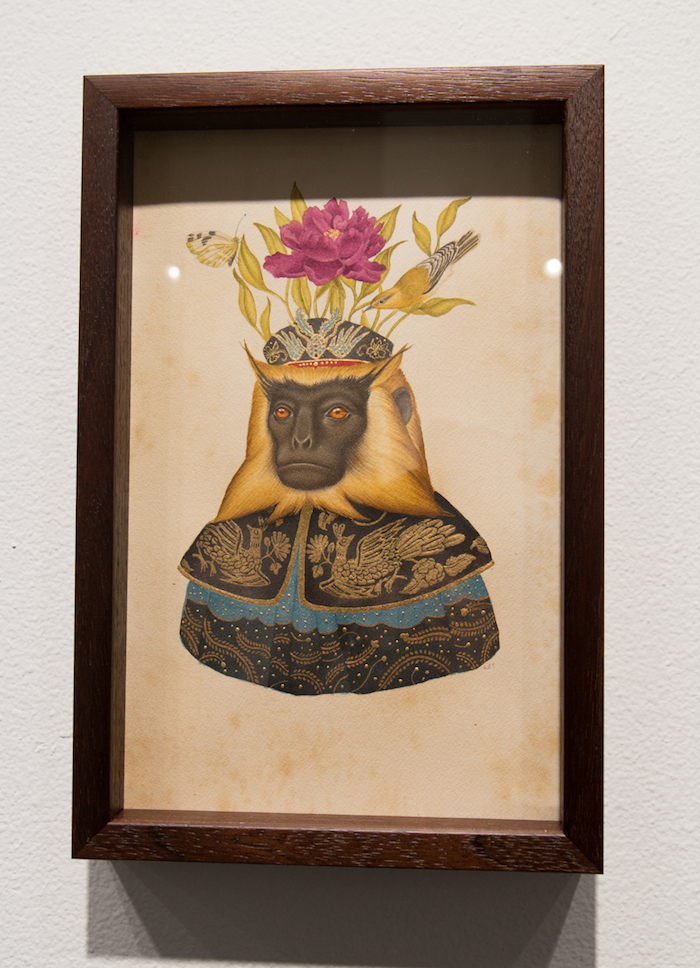 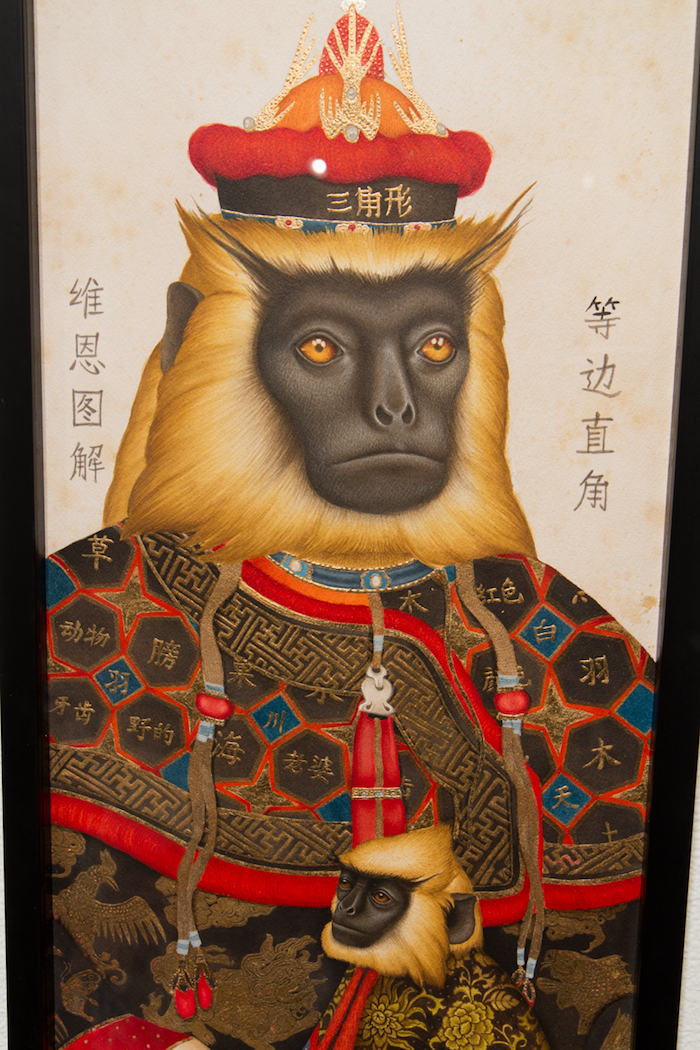 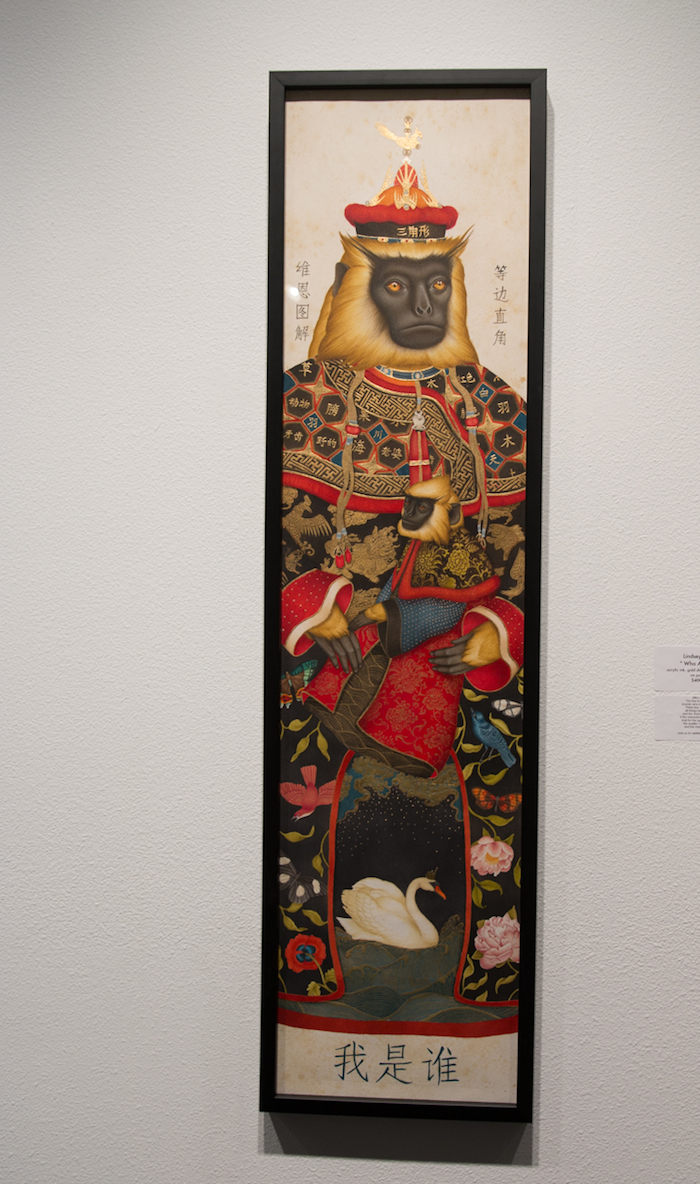 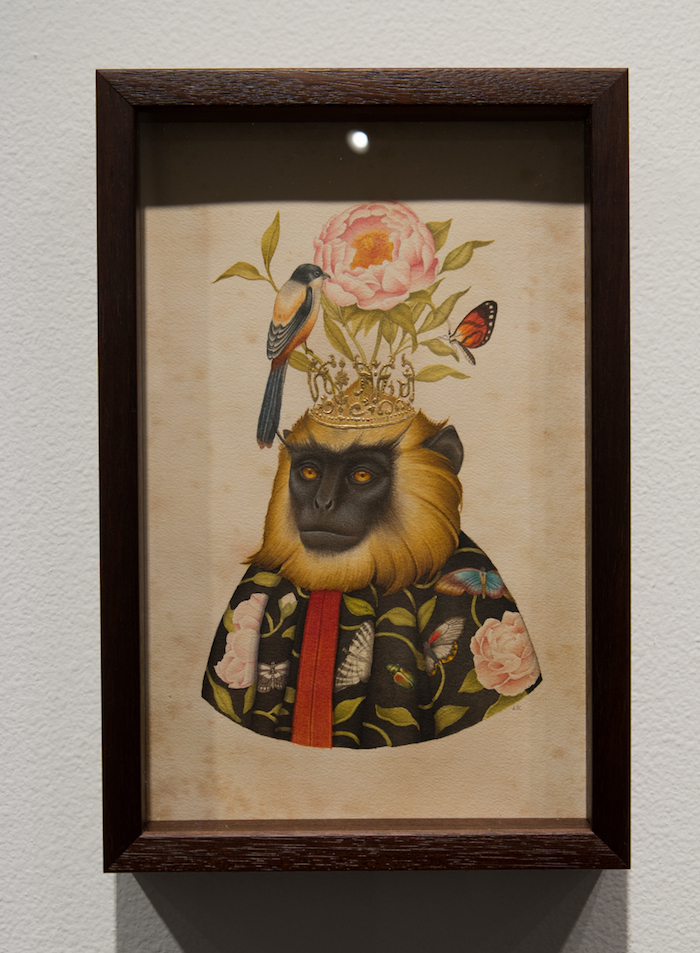