A couple of months after his latest solo show in Madrid, Spain (covered), and few weeks after taking part in Brutal group show in London (covered), American artist Todd James is about to open his next solo show at Cooper Cole Gallery in Toronto. It’s been two years since his last solo show there, and in the meantime his recognizable style and imagery got a massive recognition worldwide.

Splash Damage features new works from his ongoing series of figurative paintings on canvas and paper. Using bright basic colors, the artist otherwise known as REAS continues painting modern day pirates, soldiers, and women in the form of still life, adding glamour to not so glamorous subjects. This feeling emphasized with the use of silver color on some of the new paintings, which is the first time we have seen him doing that. Most of the pieces are focused on naked, curvaceous, tanned  blondes, posing with various everyday items, as well as with very unusual items and symbols arranged around them. This could be seen as James’ critique of the way women are often simplified to an object in the modern world and pop culture.

The show is opens on November 8th and will stay on view until December 7th, so make sure you check it out if you’re in the area. 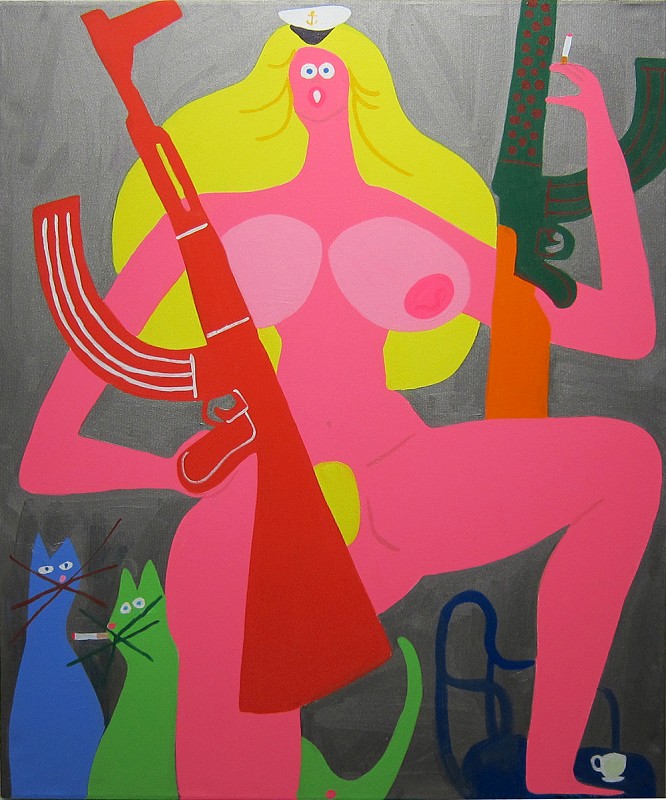 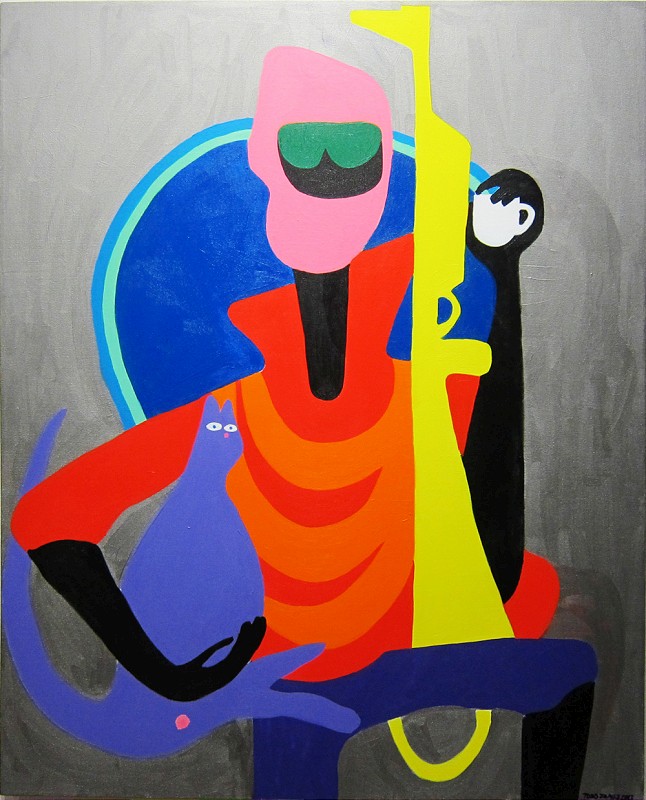 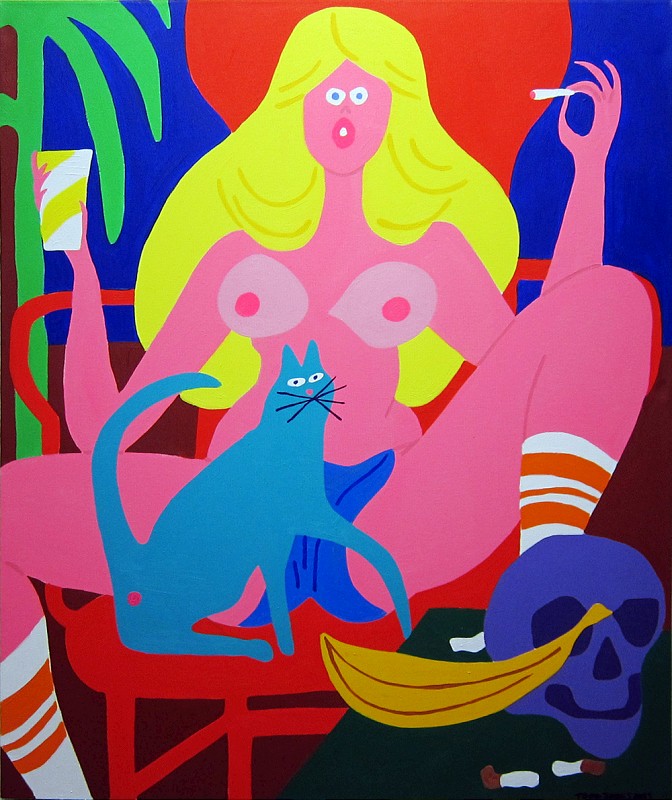 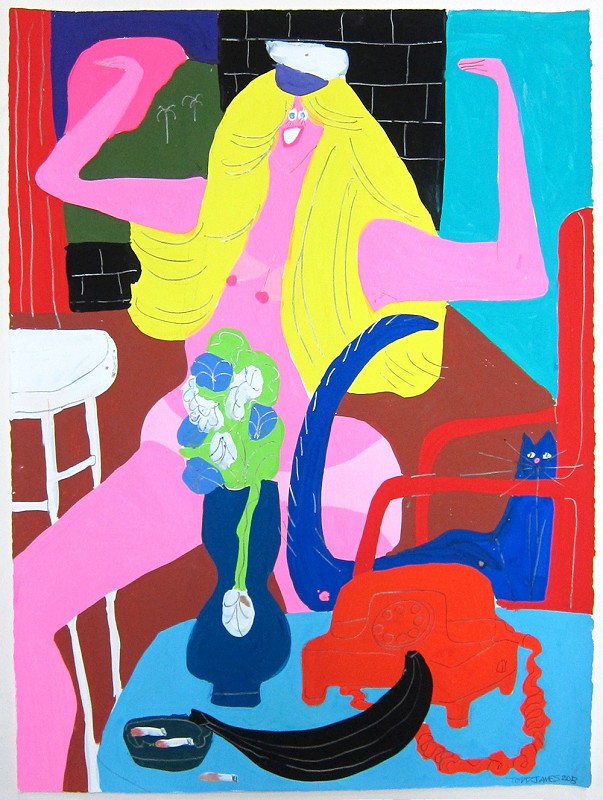