As the first part of their involvement in the project, the twin brothers created a massive mural on a big building in the Alcântara neighborhood of Lisbon. By using their signature red, white, and black color palette, the brothers created another strong image in the public space. Matching the imagery with the shape and the elements of the building, this rich and complex piece contains all the familiar elements of their works – from abstract, morphing elements to patterns, geometrical imagery, drips and symbols. Their feel for details and creating multi-layered works is especially obvious with these large-scale murals which can be enjoyed and appreciated as a whole, but also, dissected into smaller images that are so beautifully intervened together.

After this mural, the artists will work on another street piece in Lisbon. These works will be included in the Underdogs’ group show “Timeline” (opening 29 November), which “aims to erase the boundaries between inside and outside art and contribute towards bringing a new way of experiencing the city’s visual landscape to its inhabitants.” 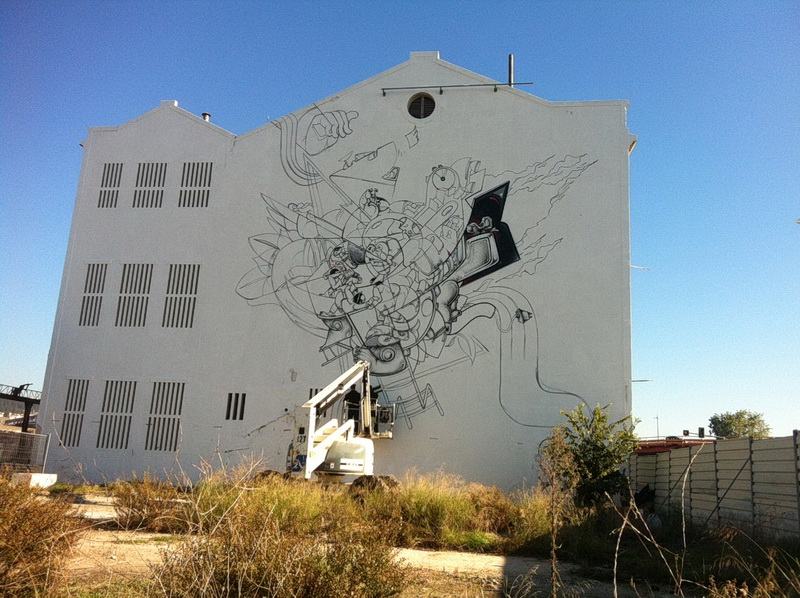 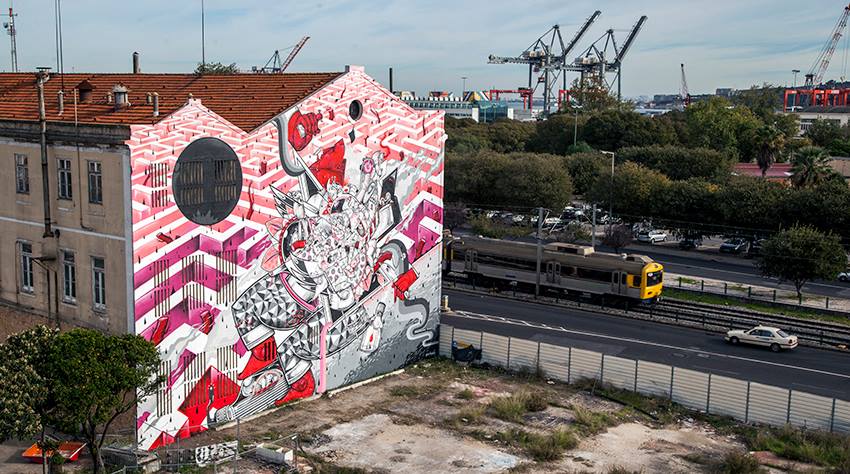 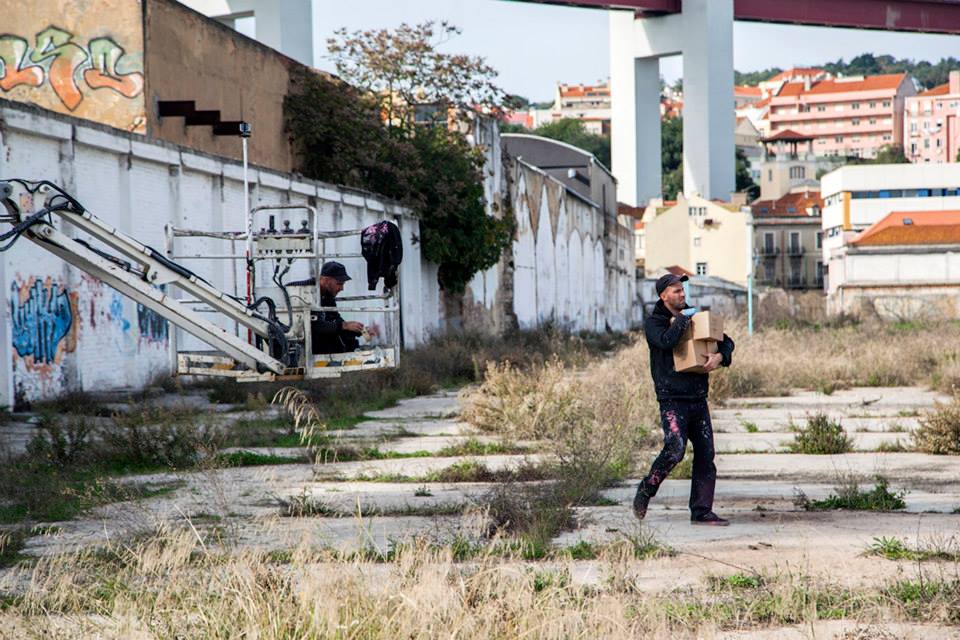