Sainer, member of the infamous Etam Cru, rounded out a succesful year with a solo show at Galerie Itinerrance in Paris. Known for supporting young artists coming from the graffiti/street art movement, the showspace and their patrons were a successful combination for the Polish artist’s French debut. Even though most of the works were large size canvases, Neverland entirely sold out only few days after the opening.

Both Sainer and Bezt, who are the only members of Etam Cru, had big years creating large scale murals all over the world, but they also had a couple of successful gallery shows and print releases. Both proved to have the ability to transfer their surrealistic images from big murals onto canvases, without losing the specific effects they are known for. In particular, Sainer’s Paris show included work featuring the duo’s dynamic imagery that easily blends surrealistic and realistic elements.

Through use of signature elements such as animals, flowers, skulls, floating hats, etc, and a great sense of light and depth, this body of work included some of his most complex pieces yet. Focusing on renderings of young people in unusual scenarios, Sainer’s work emphasizes the emotions that everyone can relate to – from loneliness, through fighting inner fears, to use of alcohol or drugs and finding a getaway from everyday life. Although realistically painted, his characters tend to melt, fall apart or even disappear under the pressure of the situation or emotion they are going through. It’s this great sense for mixing reality with fantasy & dreams that makes Sainer’s work so strong and captivating. Although he uses a wide palette of colors, but always creating a visually compact image with bright accents, he seems to prefer purple and orange tones.

Along with the canvases, Sainer showed some sketches and studies of his previously seen work, as well as a smaller mixed media piece in which he played with drawing and collage layers, and a drawing for his Backyard Kingdom piece which was released as a limited edition print. While his murals and canvases show a great sense of depth and light, these sketches and drawings also show off his great linework, which all resulted in some of the most impressive murals and urban art canvases we’ve seen in 2013. 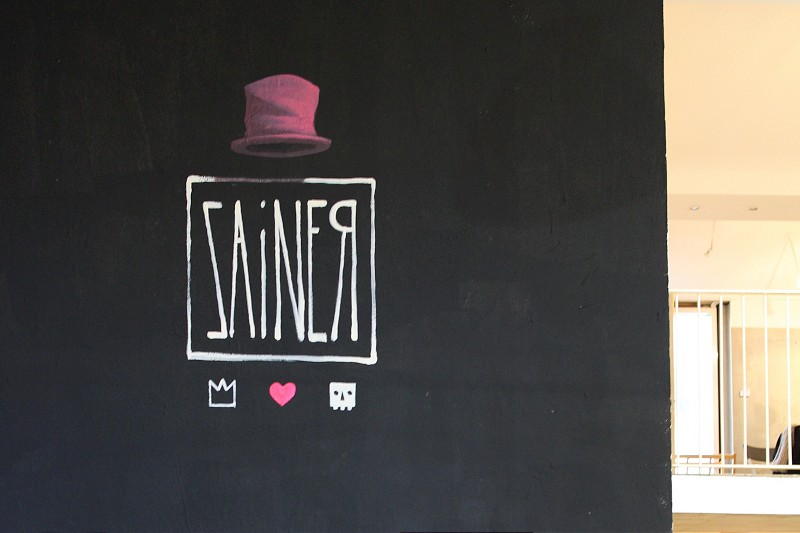 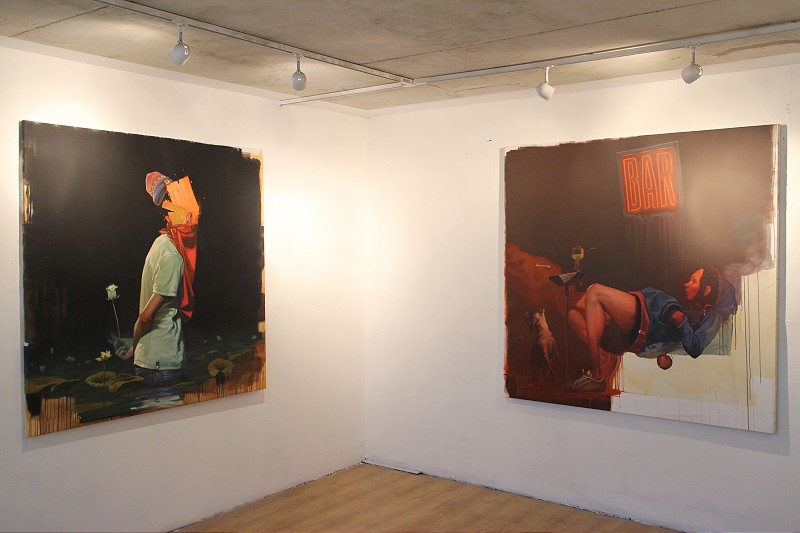 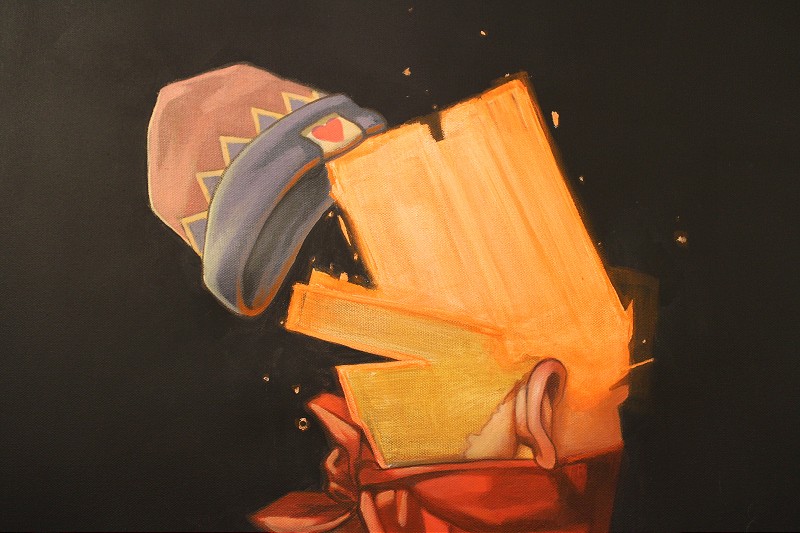 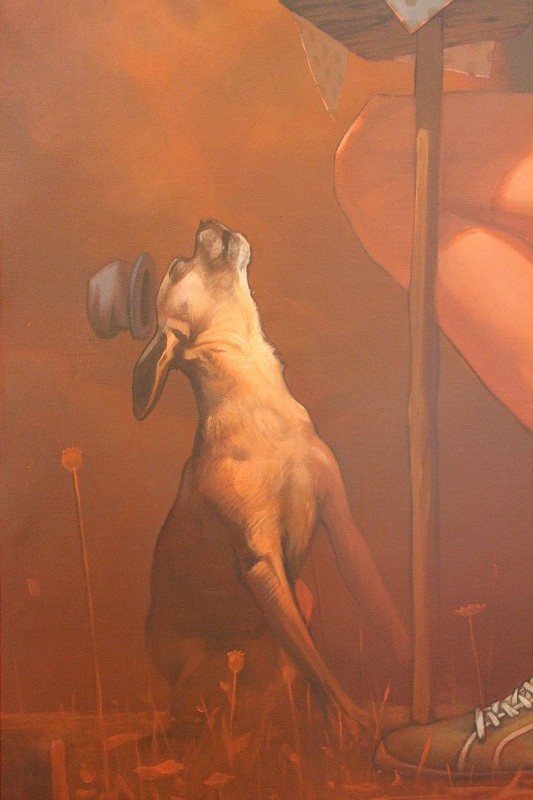 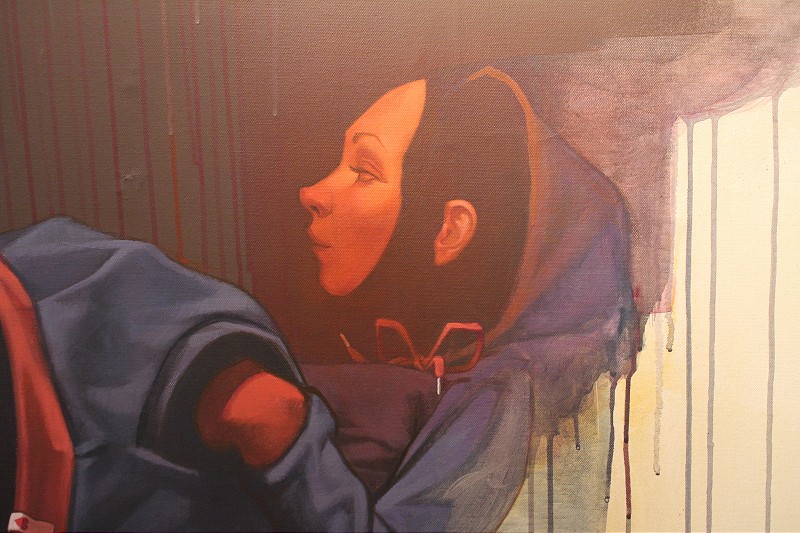 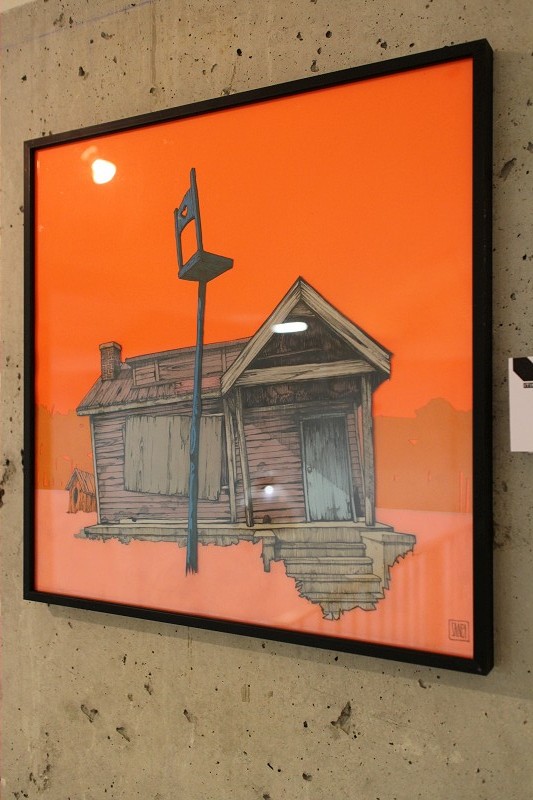 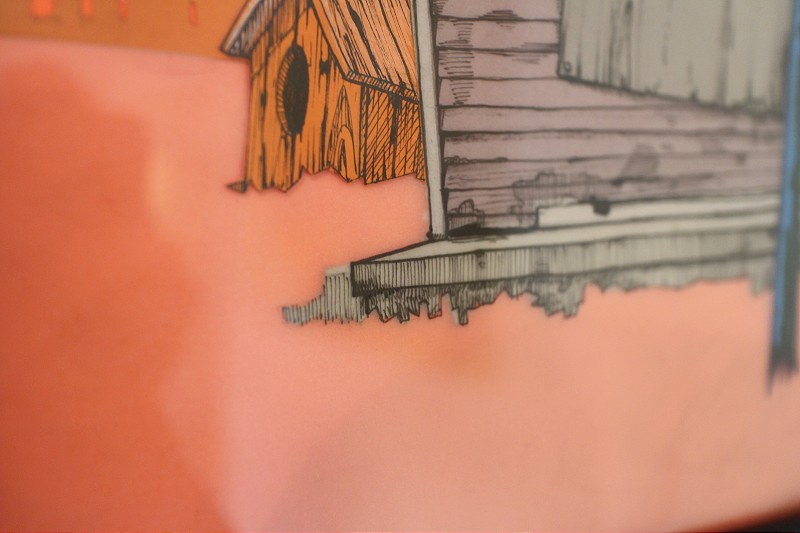 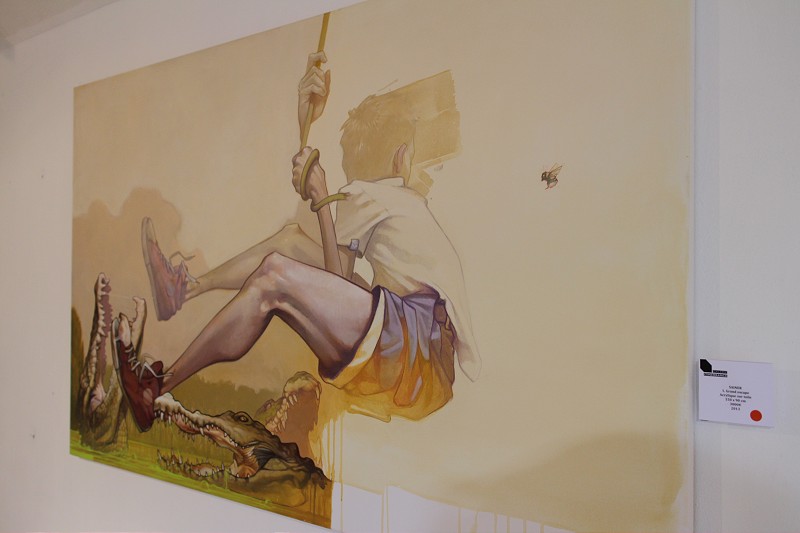