French artist Ludo (interviewed) welcomed us in his Paris workspace just before Christmas in the middle of working on his big solo show in NYC with Jonathan LeVine gallery. Only few days after his studio was also visited by the actor Christopher Lambert who showed big interest in his work, we talked with Ludo about his upcoming show, his career and his plans.

Coming from a graphic design background, he always liked the idea of illegally placing his work in public, so he started creating street work couple of years ago. Being influenced by the imagery of the skateboard and punk subculture he grew up with in the 90s, he began pasting up striking black and white images around Paris. Not having any background in classic spray can art, he wasn’t focused or busy with the whole scene, and was just enjoying creating work in public. Wanting to stay true to his DIY influences, his work started black and white. The addition of his signature green happened at some point later on, not for the idea of coloring his work, but just done to add accents to important parts of the image like using a highlighter. These elements rounded up to what is now Ludo’s recognizable style.

With galleries and collectors showing interest in his work, he started making smaller works using different techniques. Creating these works gave him the chance to evolve and change his practice and put more work into creating detailed more personal, hand drawn work using traditional mediums like graphite and oil painting. He also started using his experience with 3D software (having studied industrial and technical drawing) and working on small scale sculptural works, finally combining the 3D modeling with drawing and sculpting.

All these efforts are coming up to the surface with his upcoming solo show with LeVine gallery in Feb 2014. For this show, Ludo created his strongest and biggest body of work yet, painting 12 large size canvases, and creating a 2 meter high large scale resin sculpture based on one of his famous images. Titled Fruit of the Doom, the works show his vision and critique of the fruit of human actions in the world. Images of deadly weapons are incorporated into familiar natural fruits, religious influenced images, and recognizable logos or elements of pop culture, showing how bizarre, artificial and unnatural they are. With “hidden” messages being scratched or written on some of the pieces, and the whole feel of the works having this rough feeling, these canvases feel like post-apocalyptic evidences from a distant future. The paintings were created using oil painting, spray can and graphite on canvas, with layers of different mediums going over each other, adding more rawness to it all.

After his big NYC debut, Ludo is also planning a solo show in UK with Lazarides later in 2014, as well as having his work featured also in some institutional events. 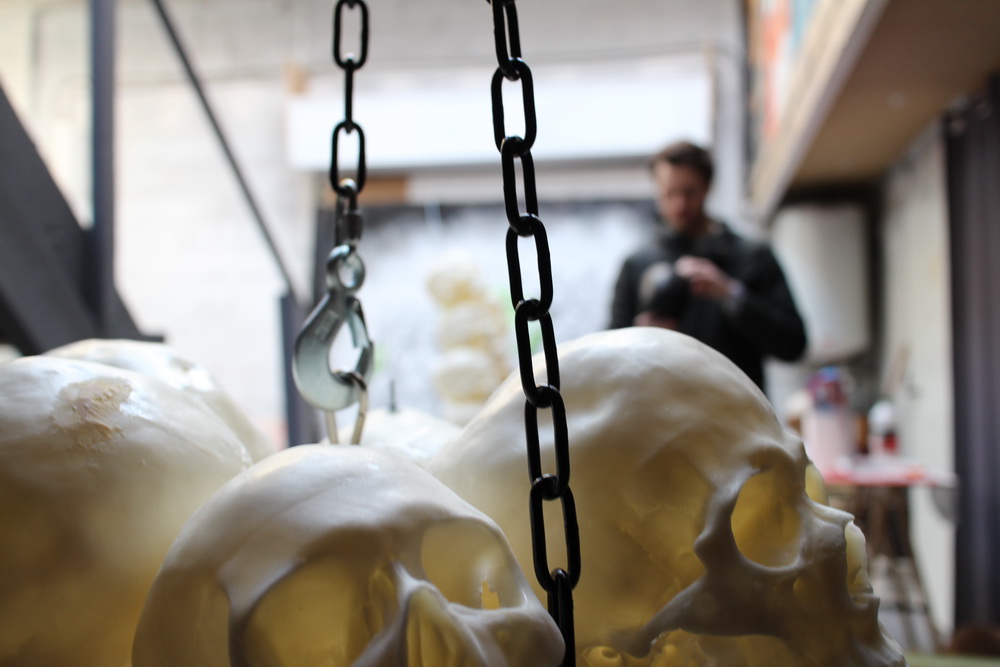 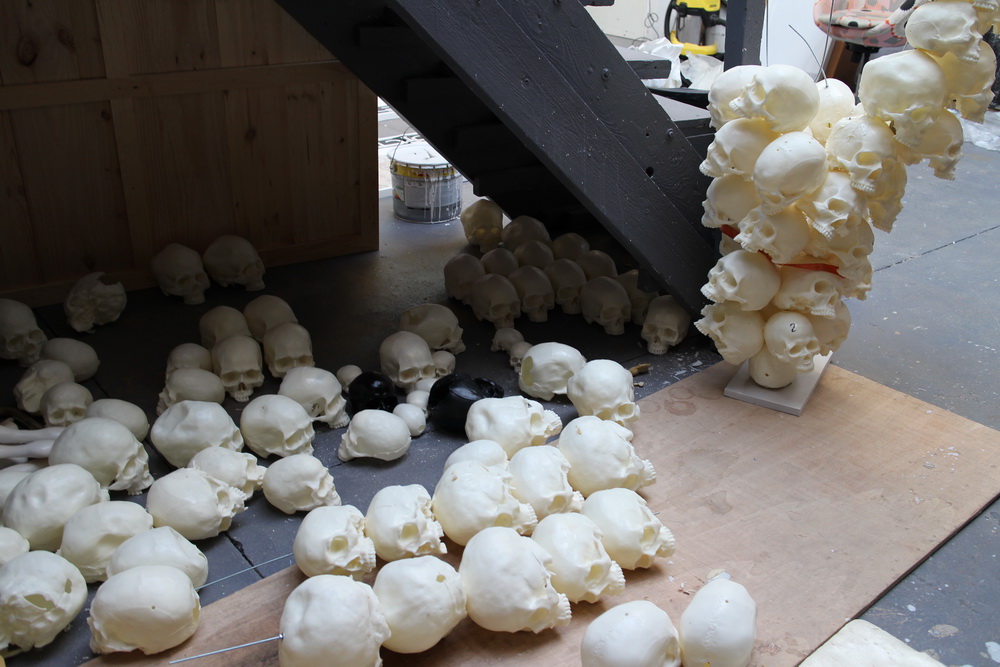 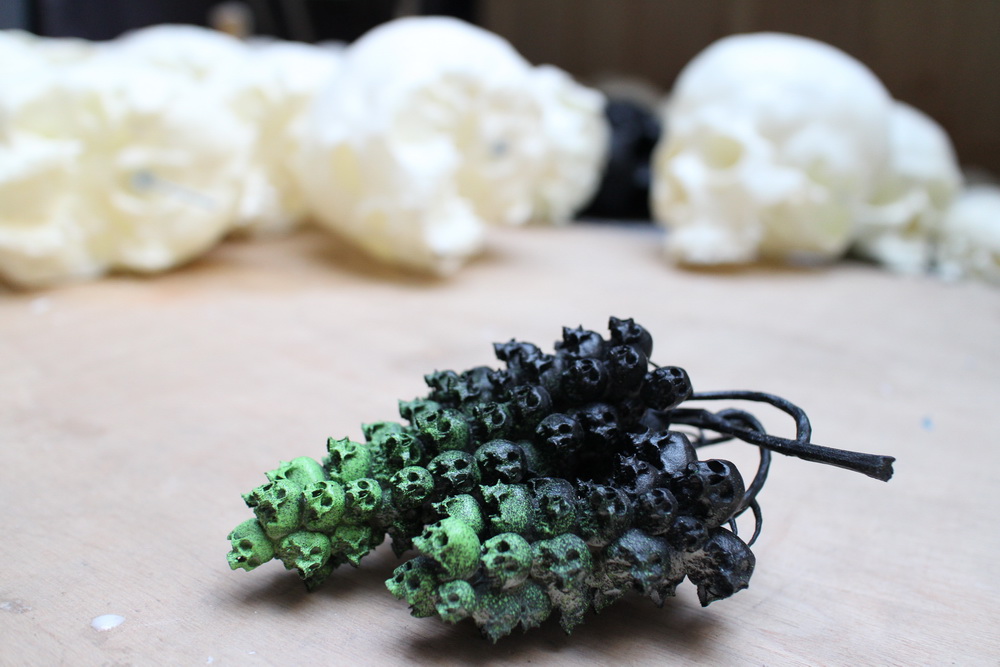 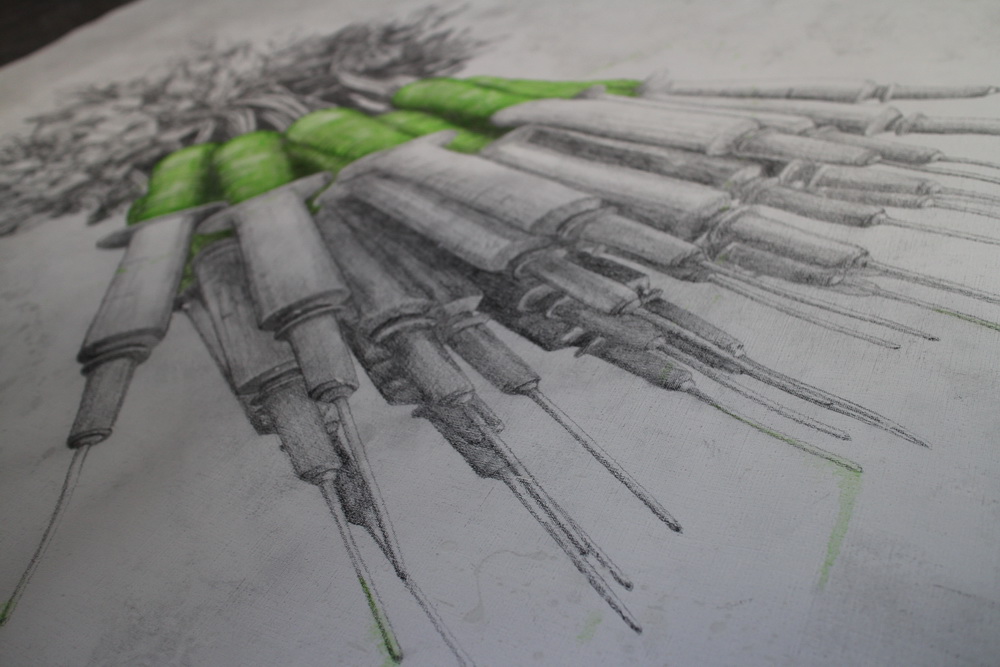 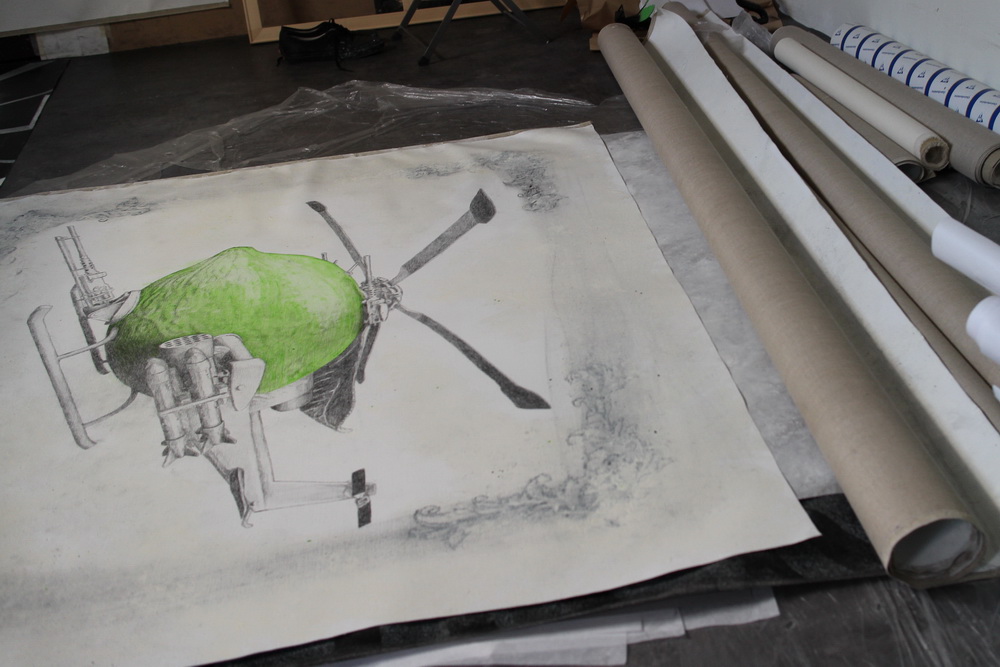 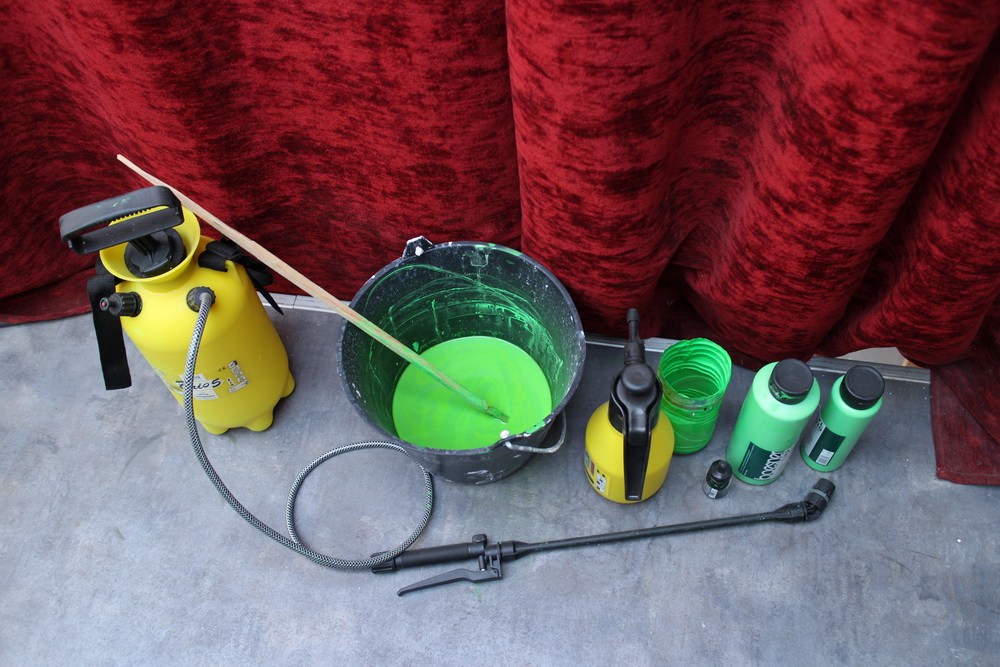 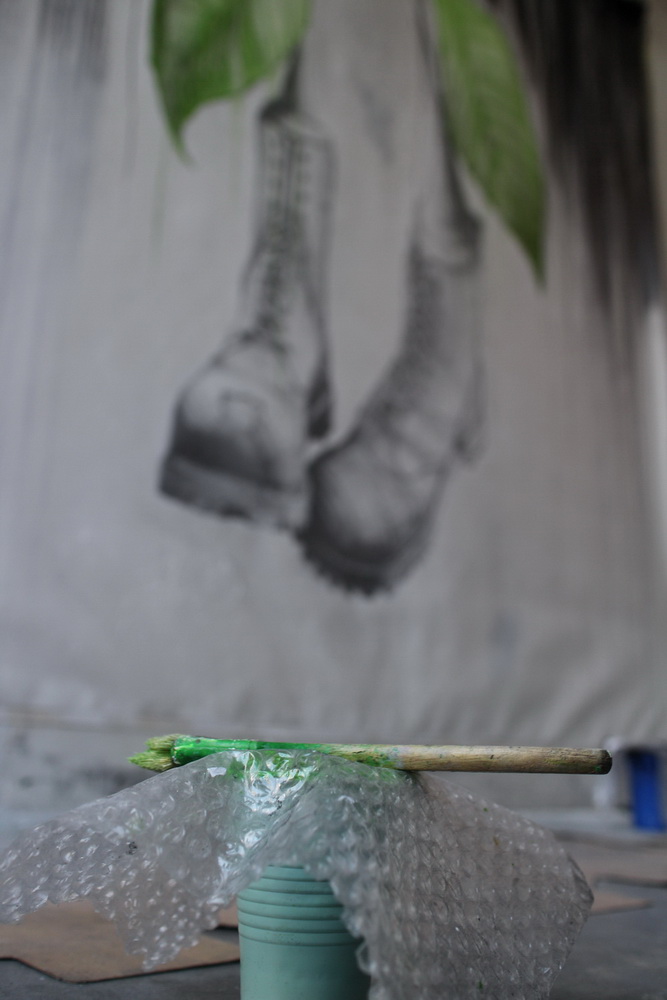 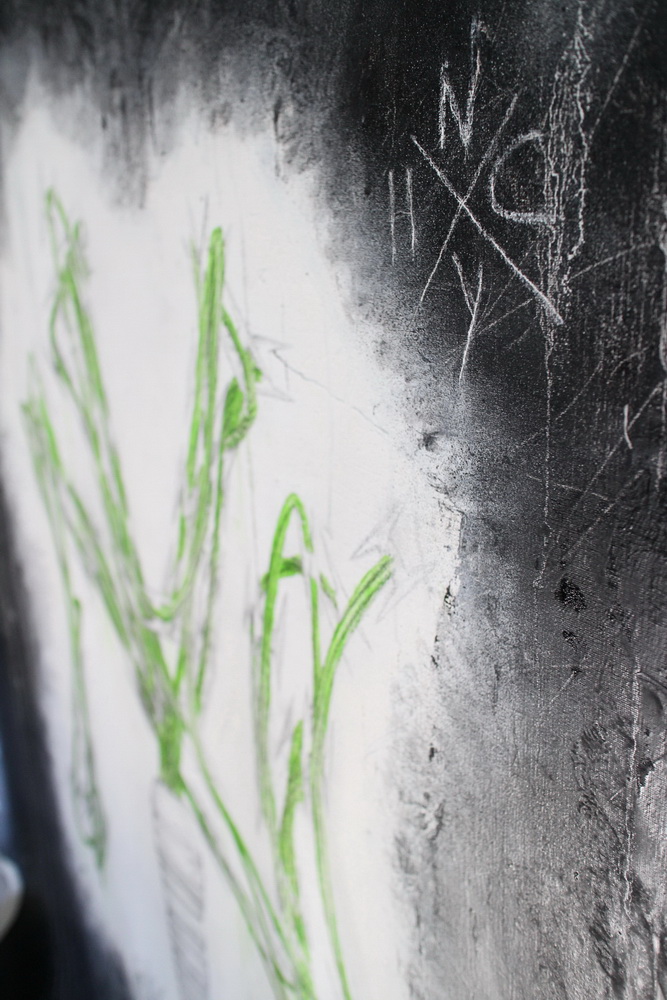