KAWS aka Brian Donnelly just opened his big European museum exhibition, curated by Fernando Francés, at CAC Malaga. Titled Final Days, this is his first museum solo outside USA, and similar to his recent US shows and events at the end of last year (New York, KC, PAFA), this showing will coordinate with his solo that opened in Madrid back in Feb (covered). The new body of work will continue the Brooklyn-based artist’s series of large scale sculptures by presenting five versions of his familiar figures carved in wood which will stay on view until the 22nd of June.

Being one of the first western artists to start producing art & vinyl toys back in 1999, it is inspiring to see how far he has been able to take this concept. The character that he introduced on phone booths on the streets of NYC in the 90s, and later transformed into a vinyl figure in collaboration with Bounty Hunter from Japan, is nowadays being exhibited in museums around the US and now Europe. Created as a riff on the iconic Mickey Mouse image, the Companion was KAWS’ take on one of the most recognizable characters of popular culture. It is interesting how less than two decades later, the artist’s version has became a recognizable pop icon itself, especially after being featured at such events as the Macy’s Thanksgiving Day Parade (covered) and the MTV VMA’s (covered).

The large sculptures exhibited in one room at CAC Malaga are presented in different postures and forms, most of them seen in his previous works and shows. The centerpiece of the show is a gigantic 6 m tall and 11 ton hatless Kurf sculpture, leaning over the smaller Companion and Pinocchio statues. Kurfs were created as a play on the cartoon Smurfs, and this is the first official 3D version of the character that the artist was often seen painting around 2007-2009. The impeccable production quality, dark wood used for them, and their impressive  size, gives these recognizable characters almost a totem like feeling. As seen below in our exclusive photos from the early press viewing, the entire setup creates a humbling experience for observers strolling around these wooden giants. 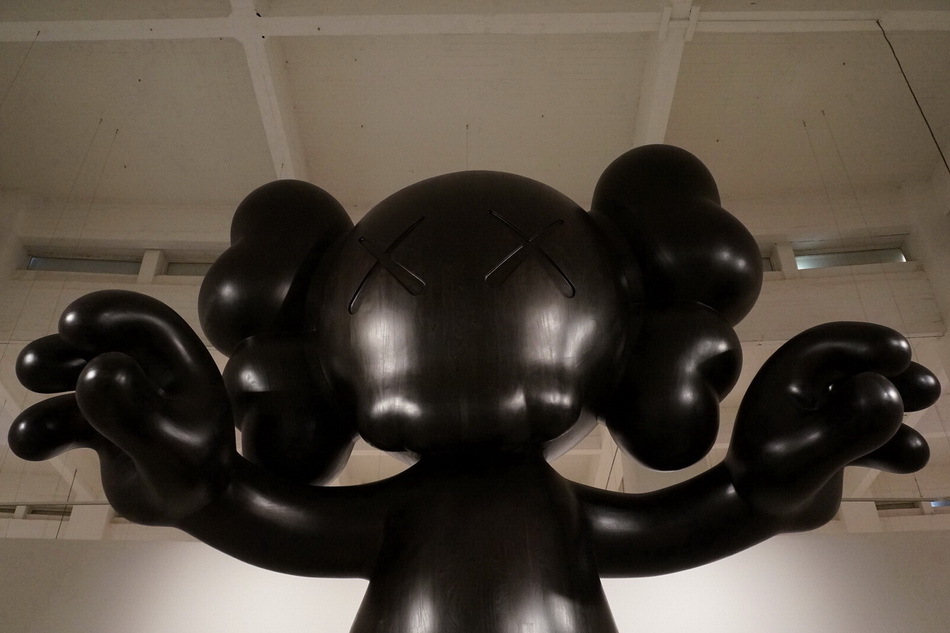 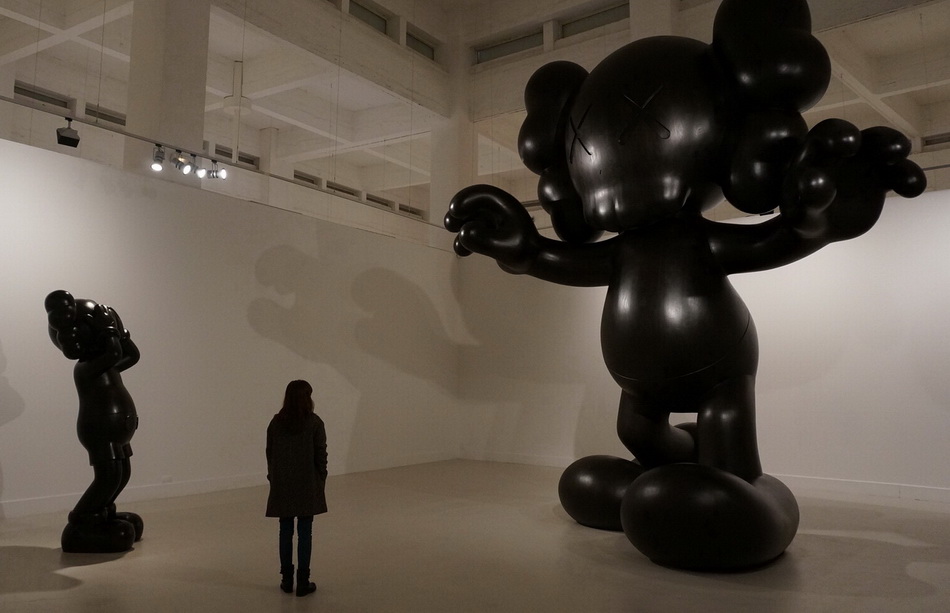 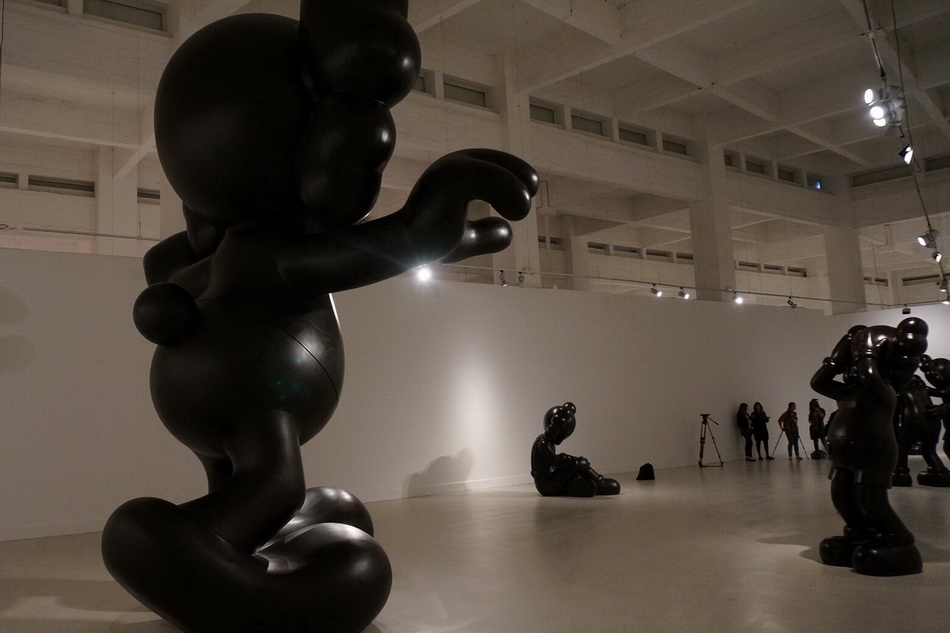 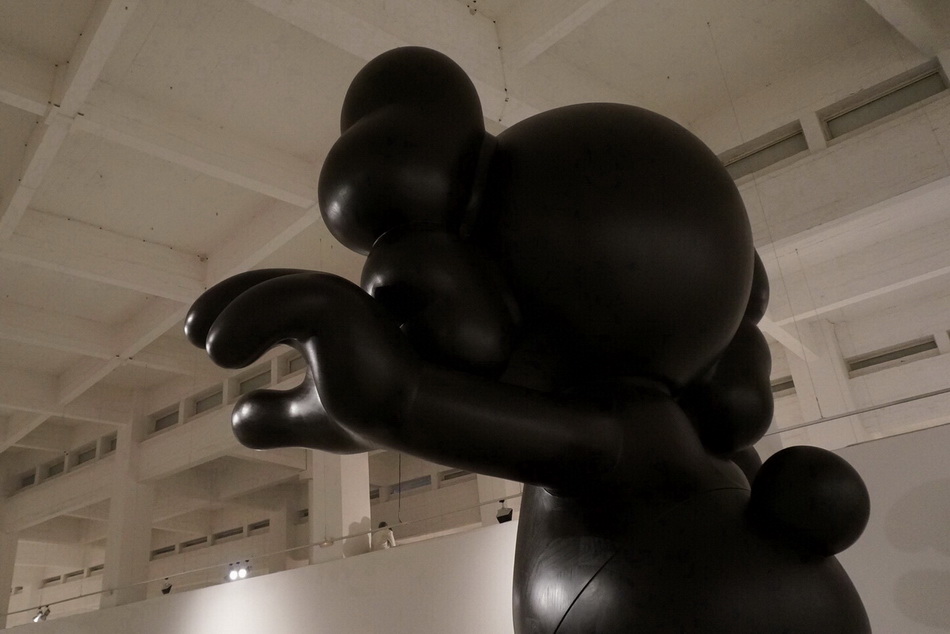 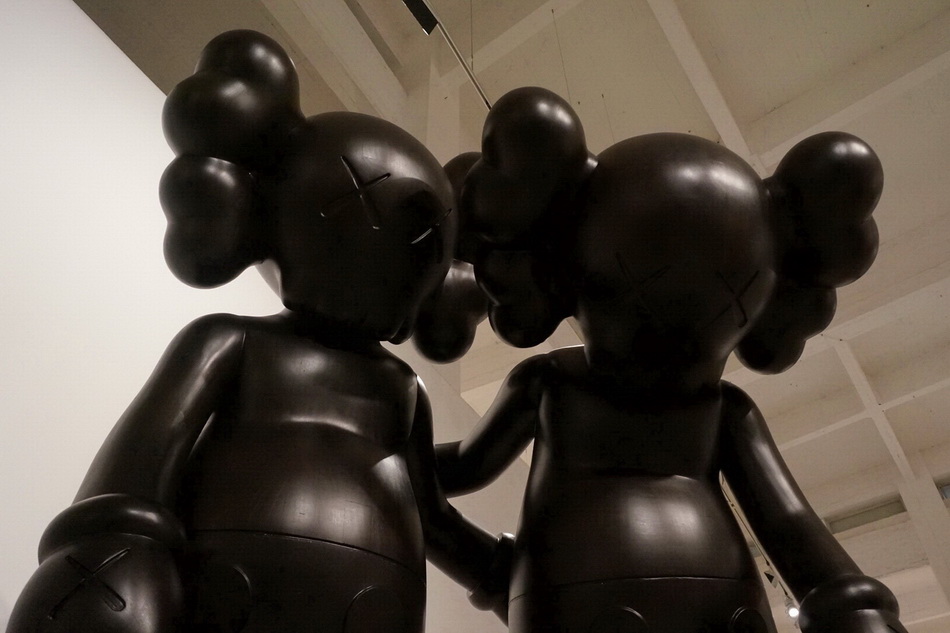 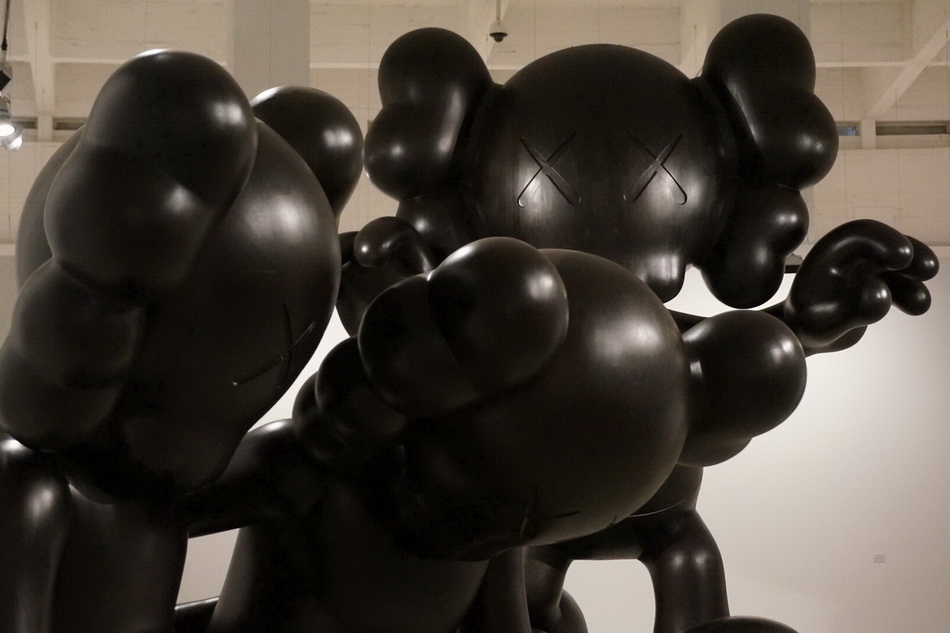 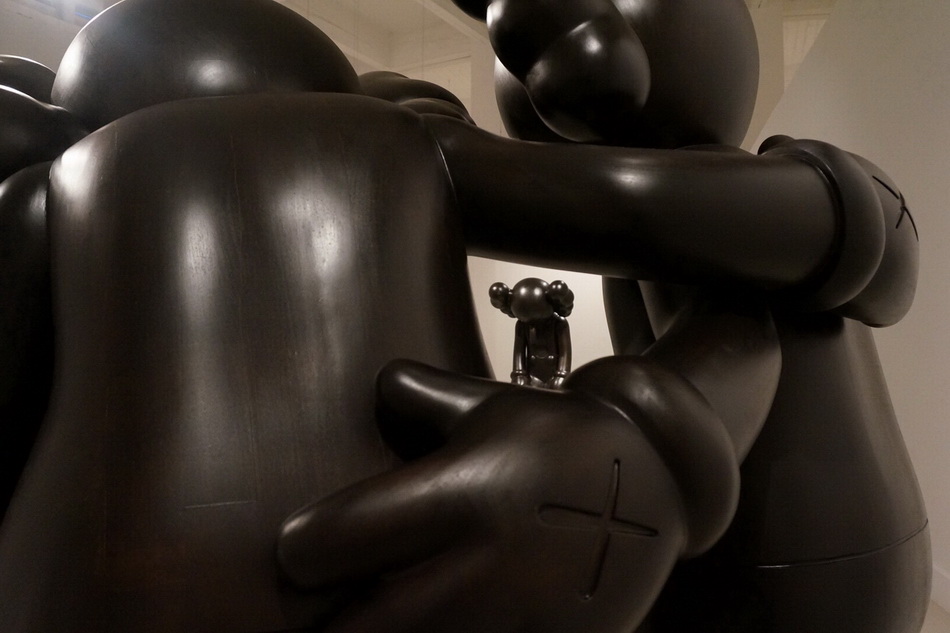 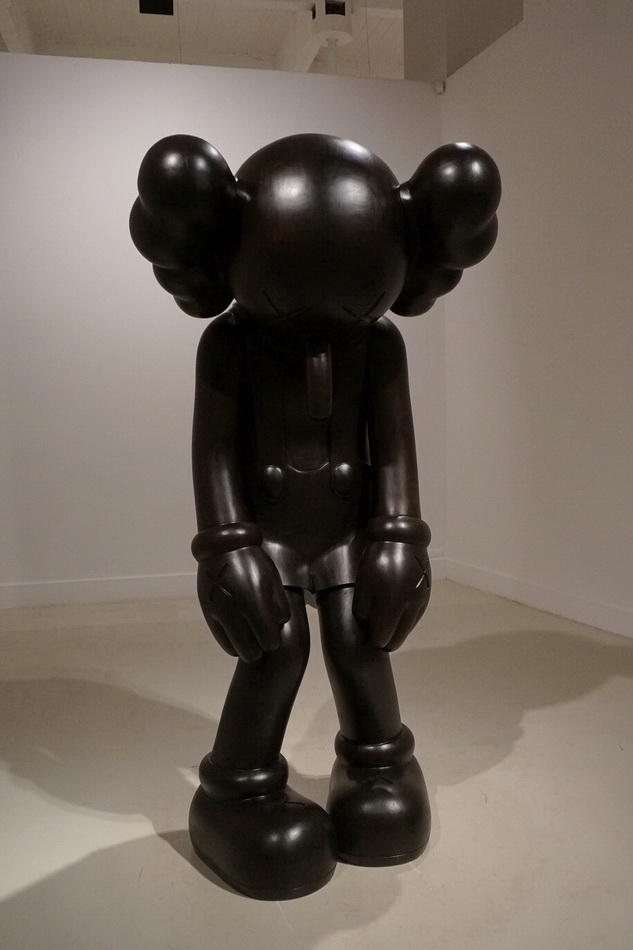