Jonathan LeVine Gallery is currently showing the NYC debut solo by the French artist Ludo (interviewed). Titled Fruit of the Doom, the show is built around the idea of displaying the results of the human race’s actions in the natural world. With clever manipulation of familiar brand logos and recognizable imagery, subtle use of slogans and statements, the new works stay true to Ludo’s signature concept of morphing natural and man made elements. Combined with his inspiration by the DIY punk/skate culture from the 90s, which is also the reason for his super limited color palette, the resulting pieces are raw looking canvases with strong messages. By incorporating aggressive military imagery, he emphasizes this already strong and striking contrast. Images like lemons turned into battle choppers, radioactive coconuts, carrot syringes, army boot cherries, and a huge sculpture showing a large grape cluster made of human skulls, conflict with the typical comfortable feeling of connecting with nature.

The works Paris-based artist prepared for this show are some of his largest to date, and by using traditional mediums such as graphite and oil painting, he proved he has  ambitions for both big canvases and big sculptures. The show is already sold out since a few weeks ago, but the show is on view until March 22nd, so make sure you check it out if you’re visiting the Big Apple. 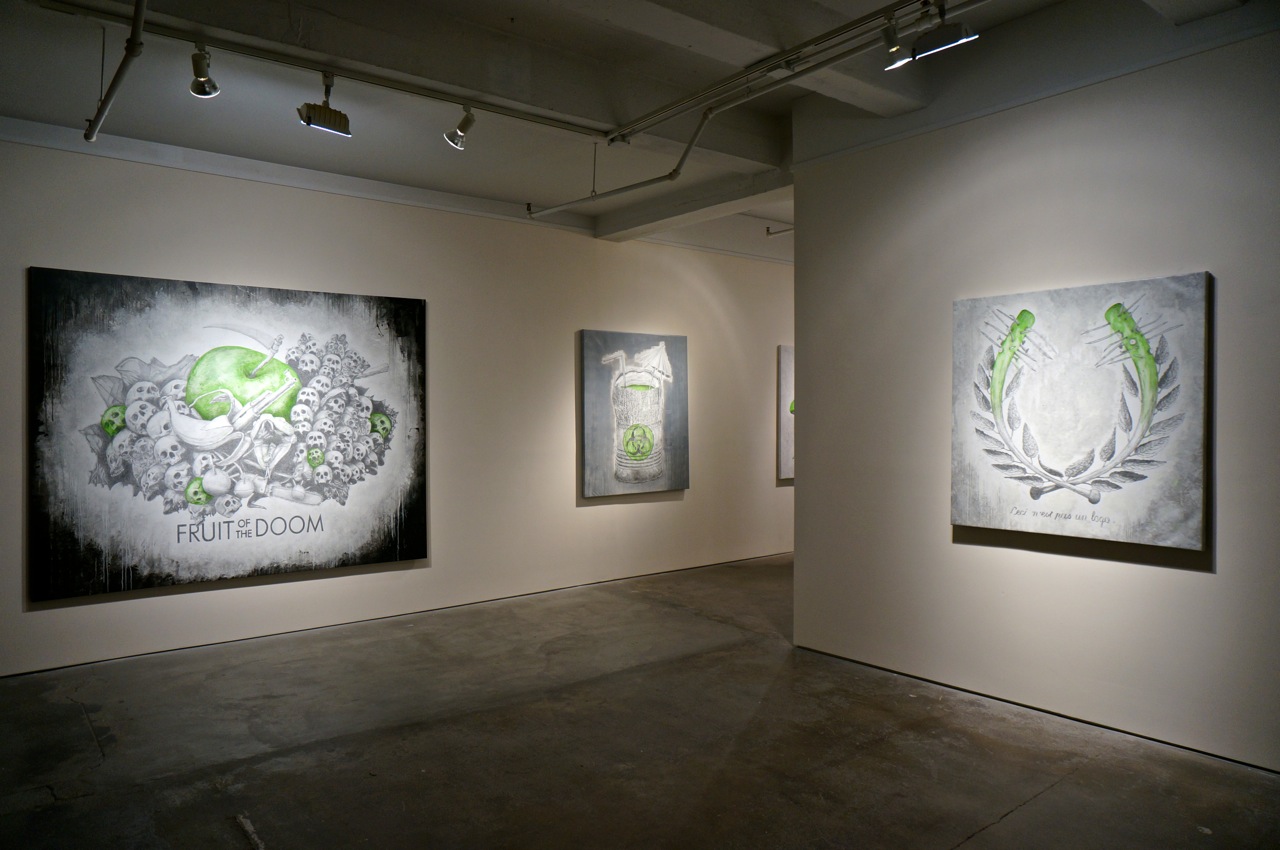 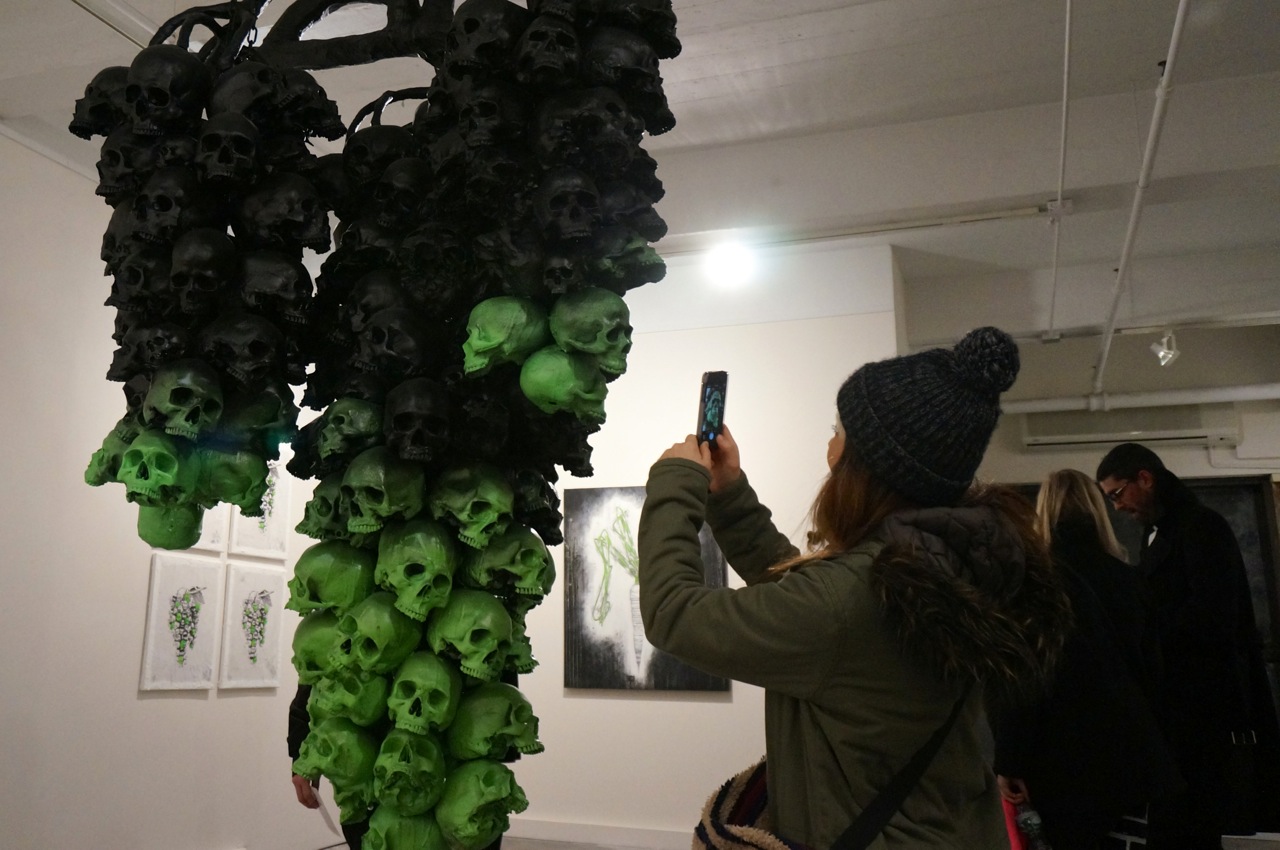 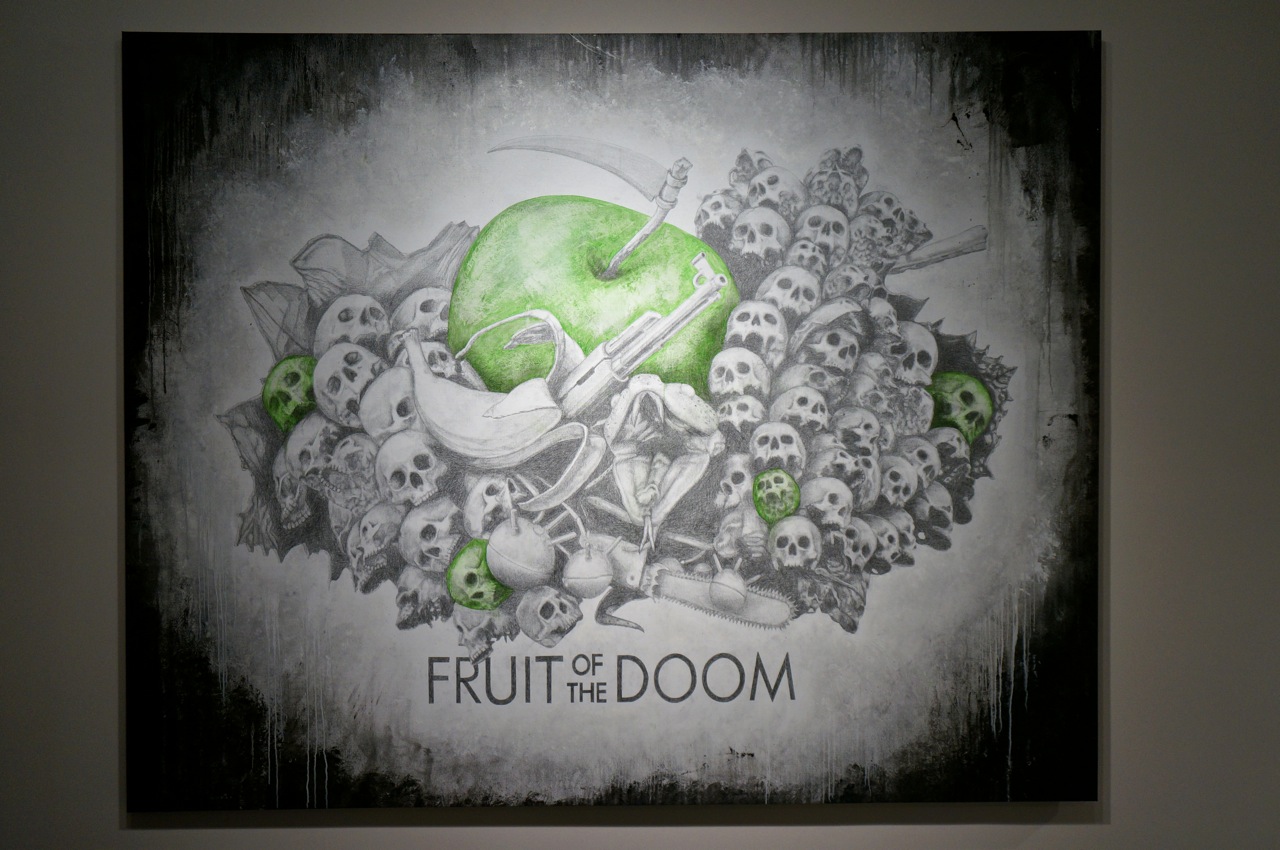 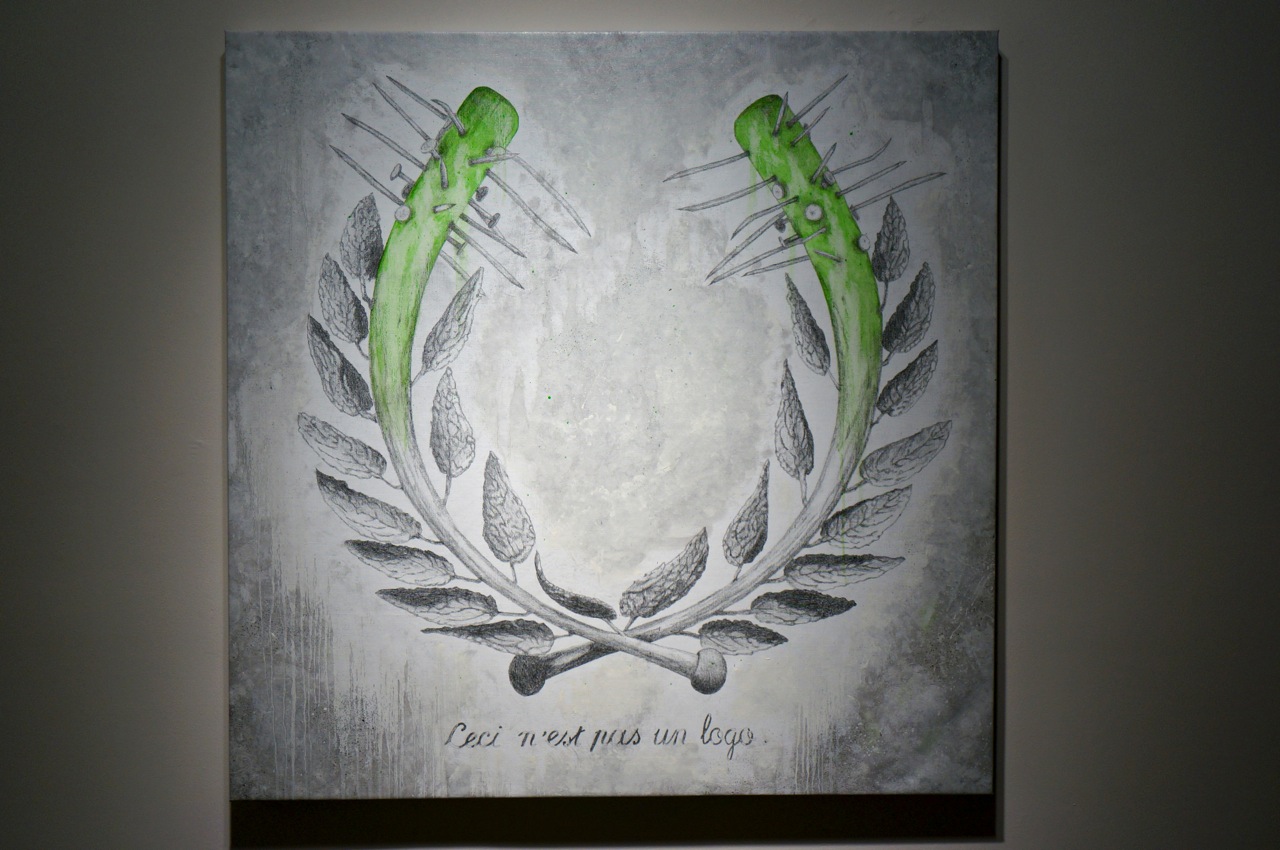 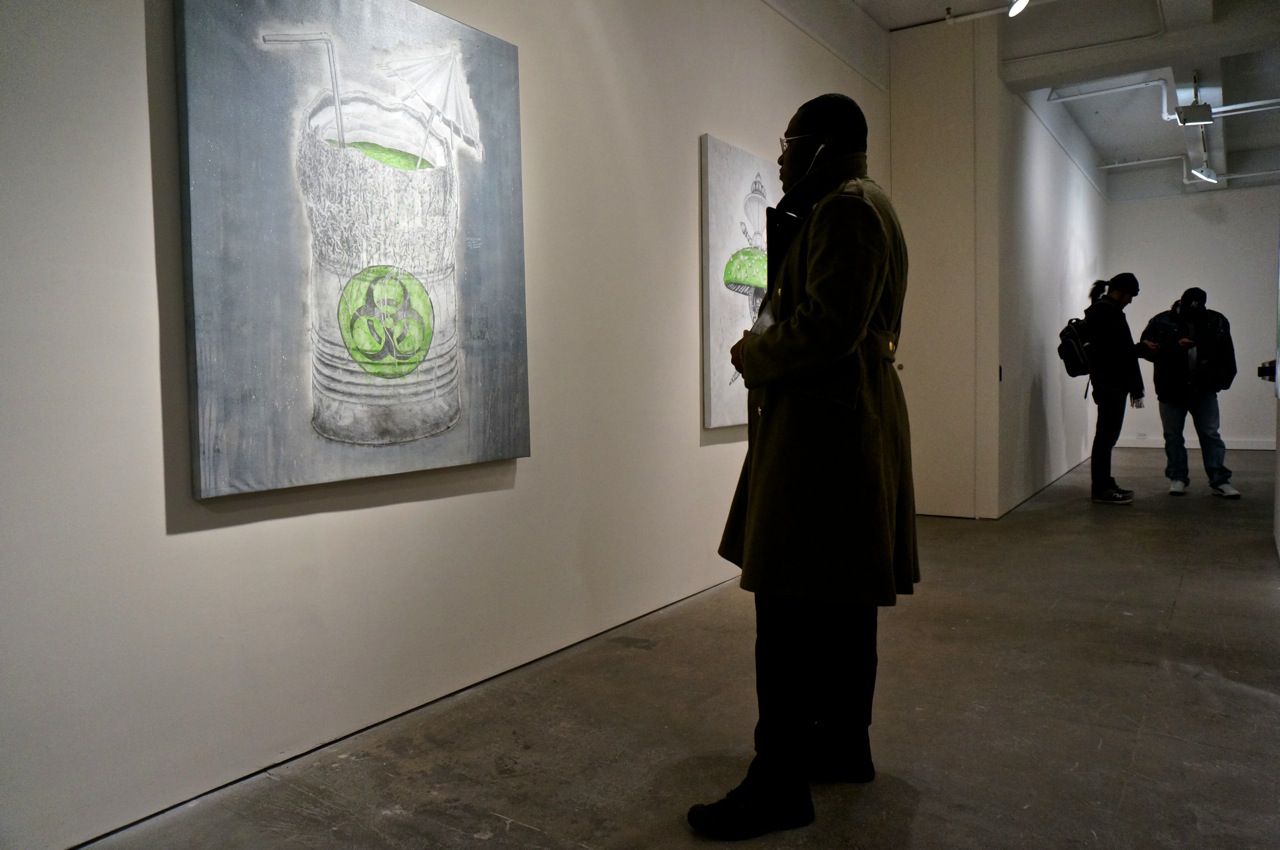 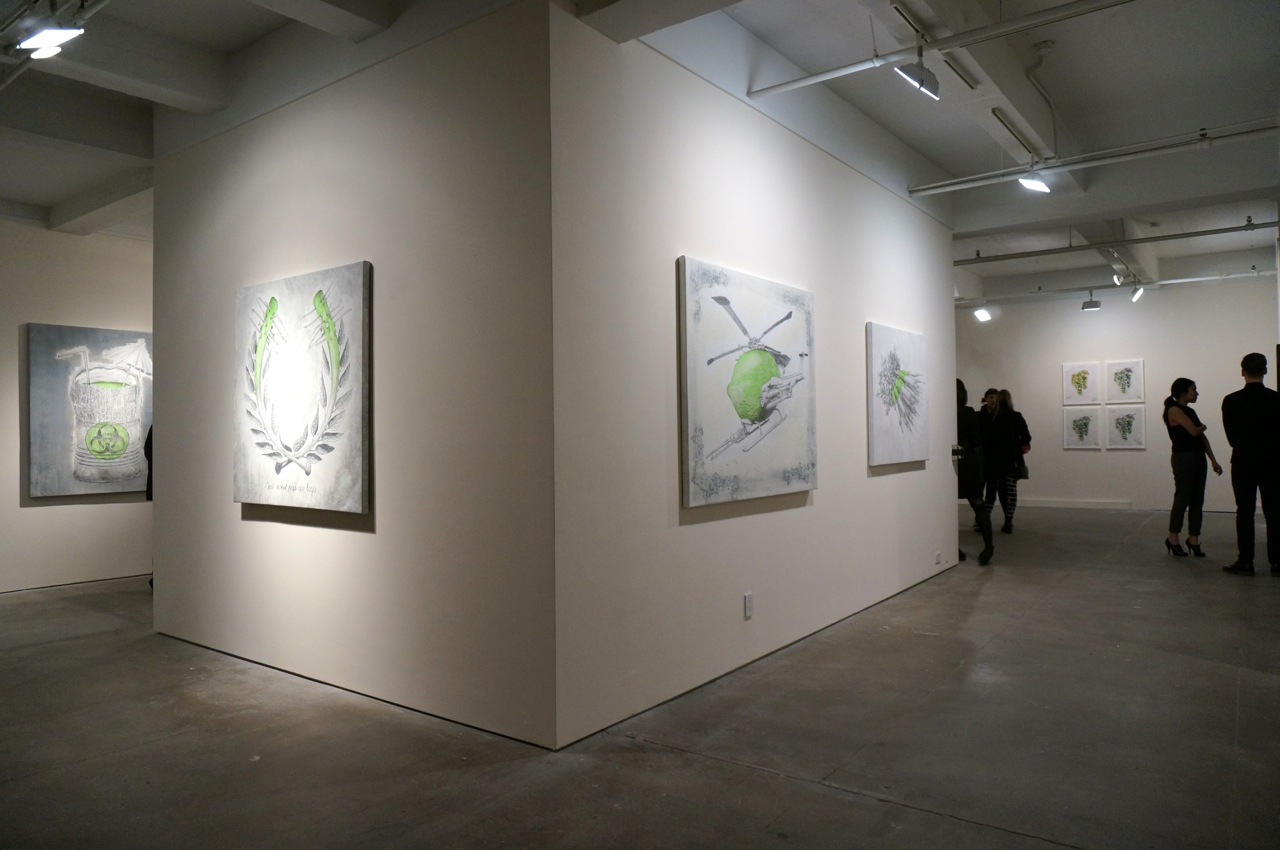 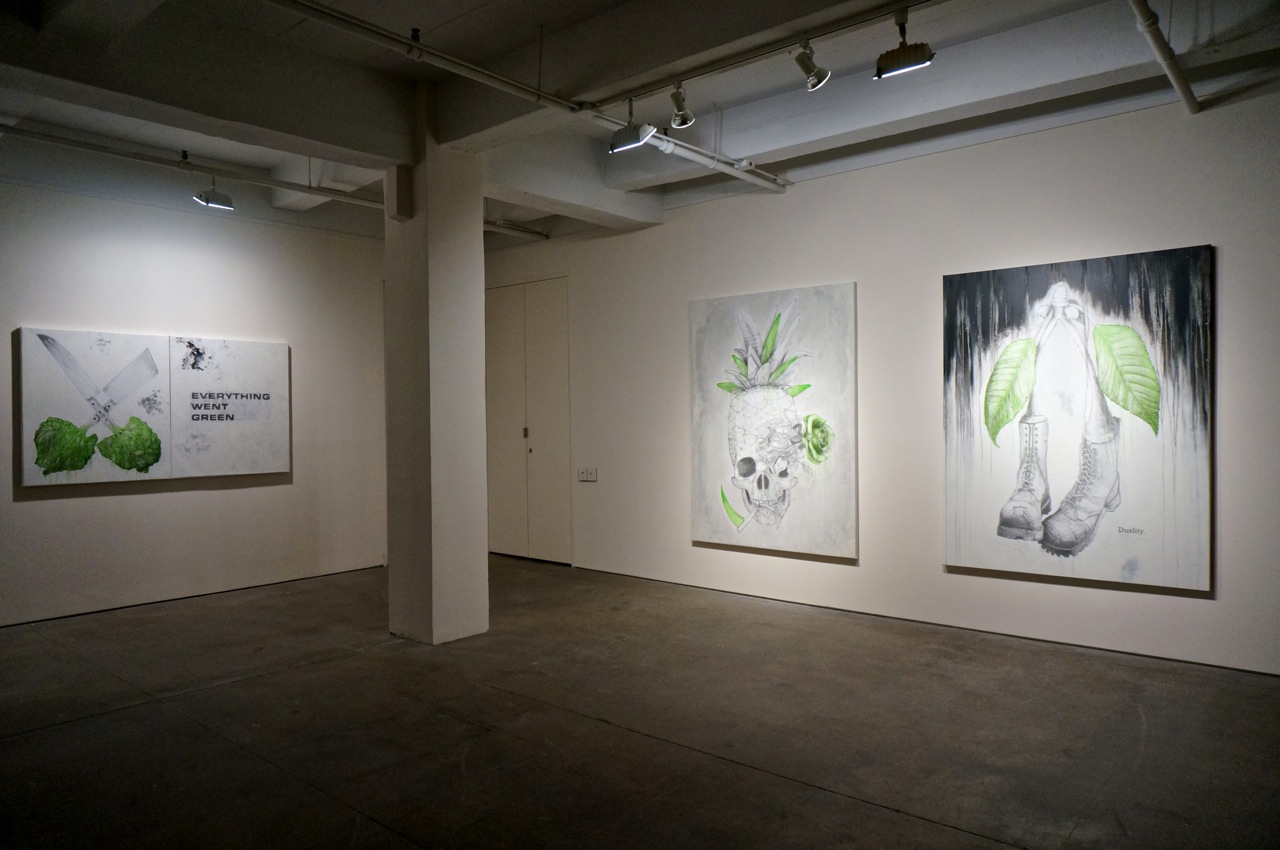 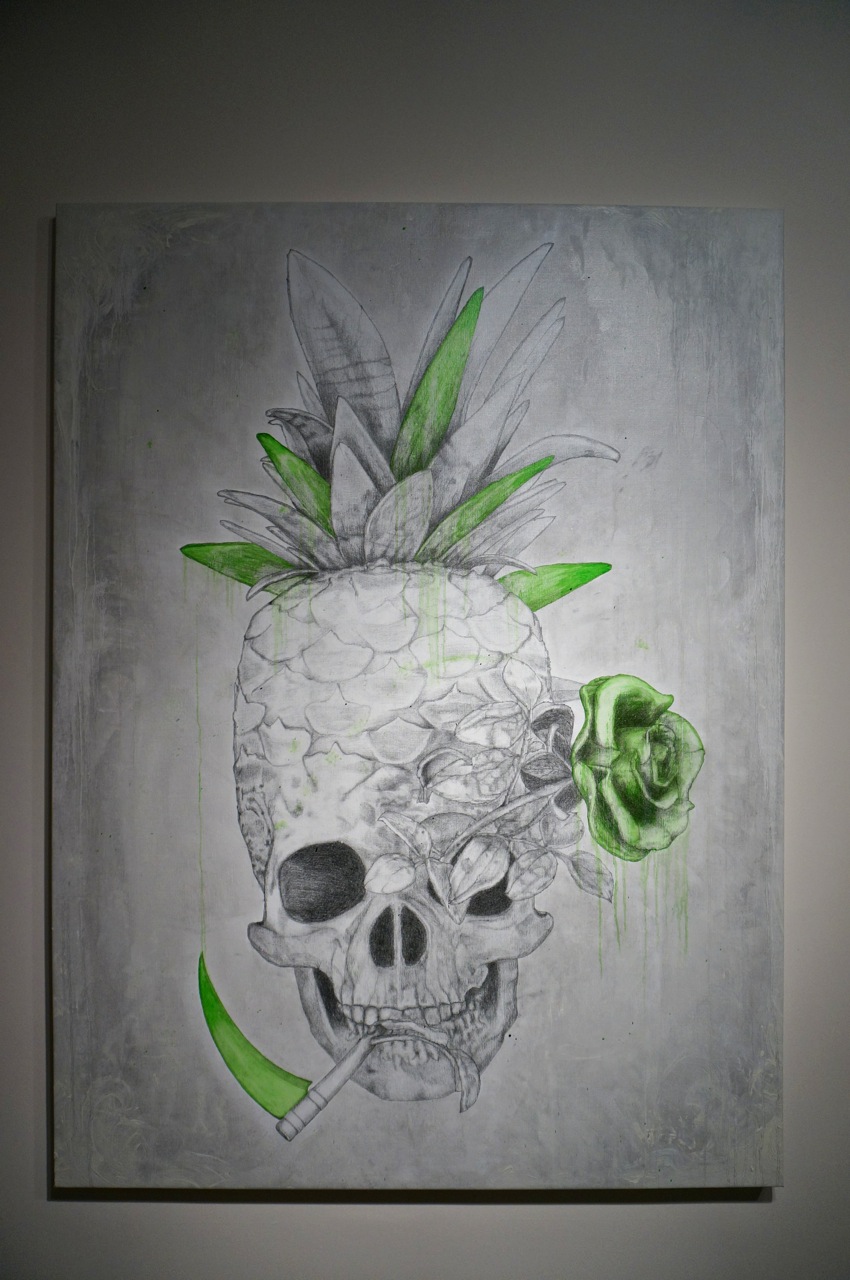