Chloe Early (interviewed) recently had a solo at The Outsiders London gallery space. From the 4th of April to the 3rd of May she was showing her latest body of work tiled Suspended, that is featured “several large-scale oil paintings alongside a selection of smaller works, referencing the romantic splendor of Renaissance religious art while exploring the themes of weightlessness and gravity.”

Concentrating on her realistic figurative painting, mixed with expressive elements in the background, the main concept of the new work was capturing a body somewhere between falling and being lifted up. Seizing this unnatural and unusual moment is emphasized with her remarkable painting skills, and even more with her feeling for light and colors. By mixing hyper-realistic parts with drips and splatters, and blending everything with over saturated, bright color in the background, the finished paintings have a very energetic, explosive feel. In order to achieve these extra radiant colors, the Irish-born artist paints her narrative-based paintings on aluminium panels which definitely gives them another layer of sharpness and brightness.

Along with exhibiting her newest paintings, the London-based artist was also showing a short film created in collaboration with filmmaker Andrew Telling. The film Suspended captures exclusive behind the scenes footage and gives the viewer a deep and detailed look into the creative process behind her new body of work. The idea of the film is to “transport the viewer into the state of wonder and weightlessness that is the essence of Early’s new work.” 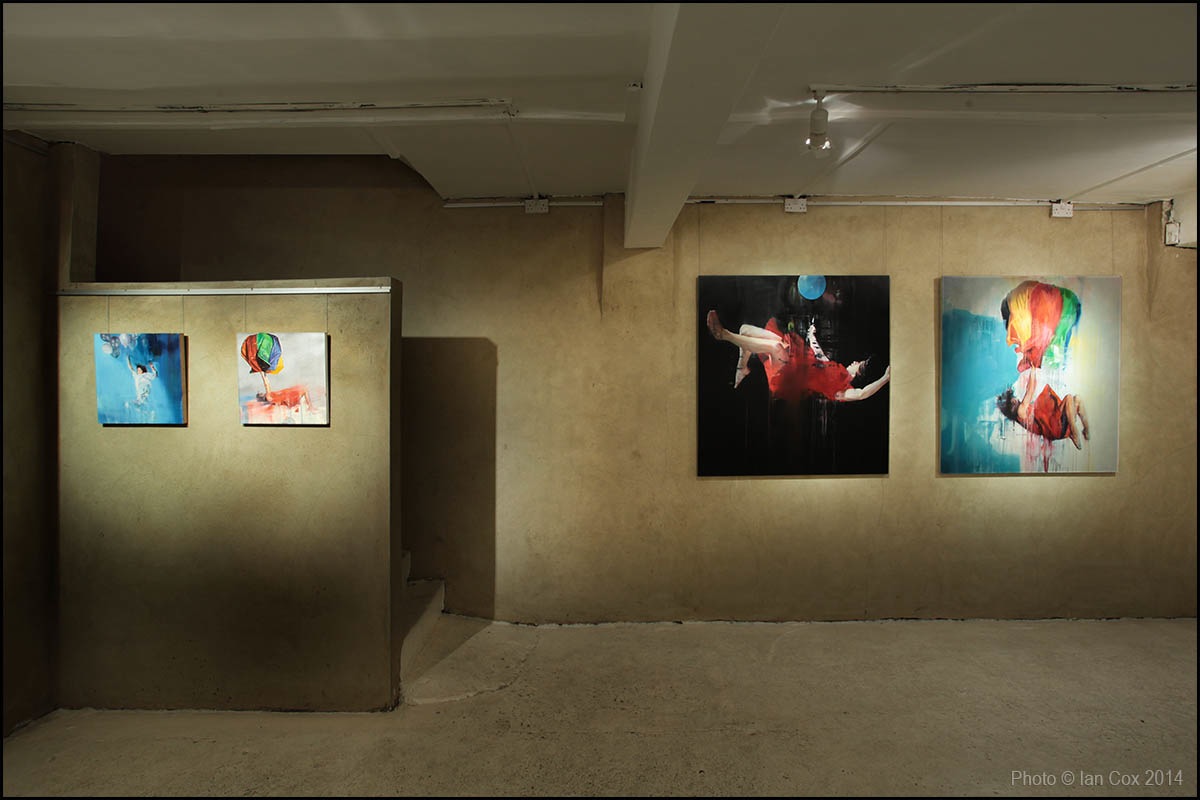 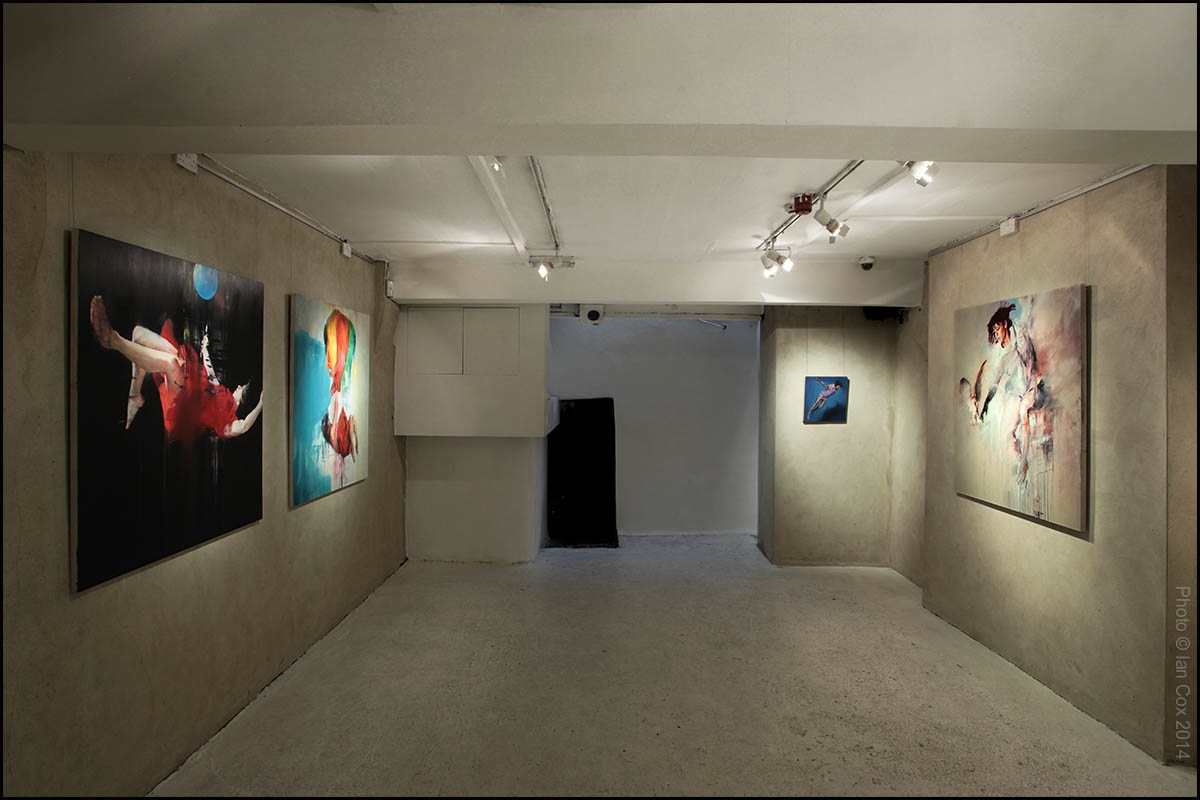 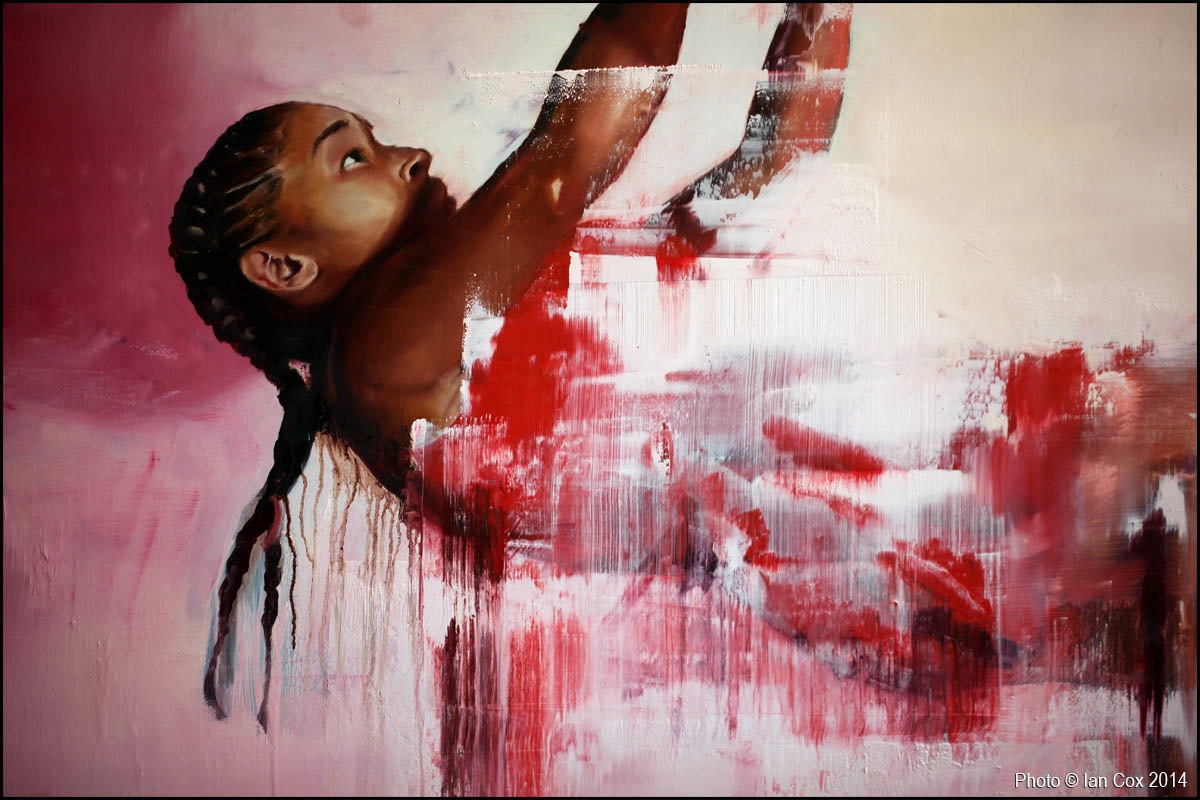 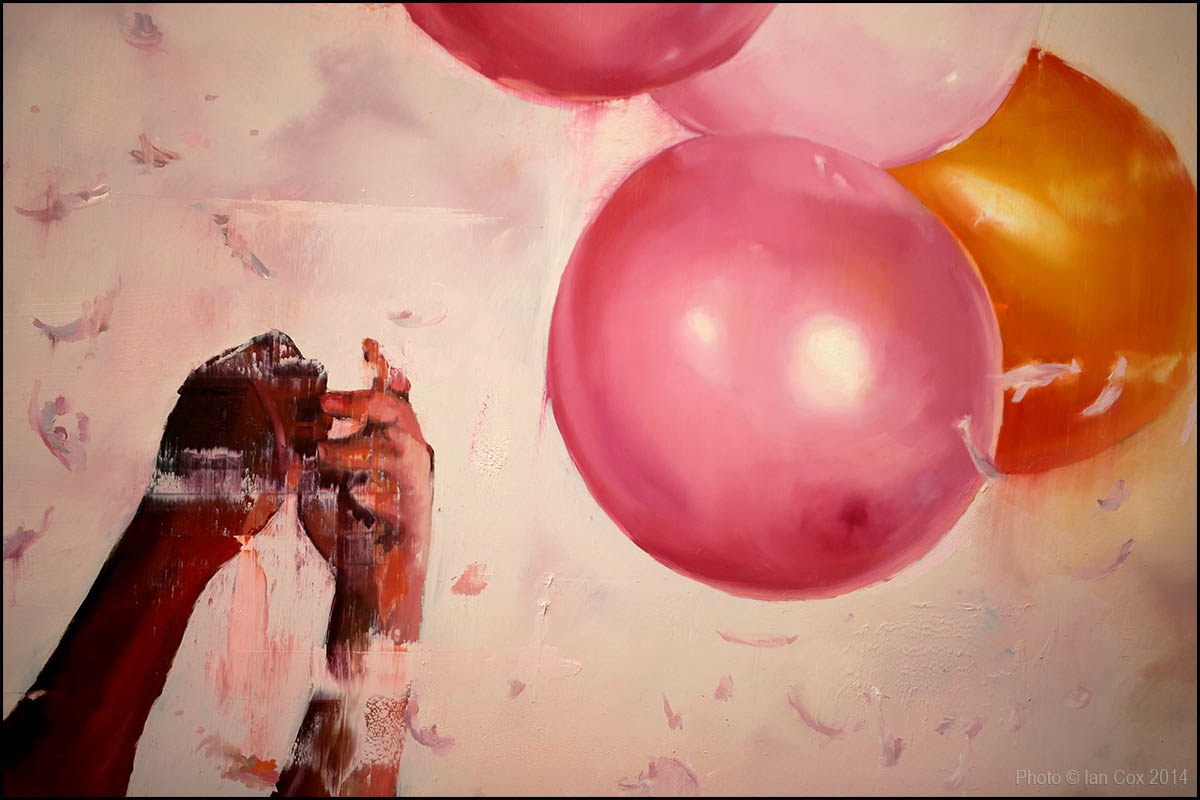 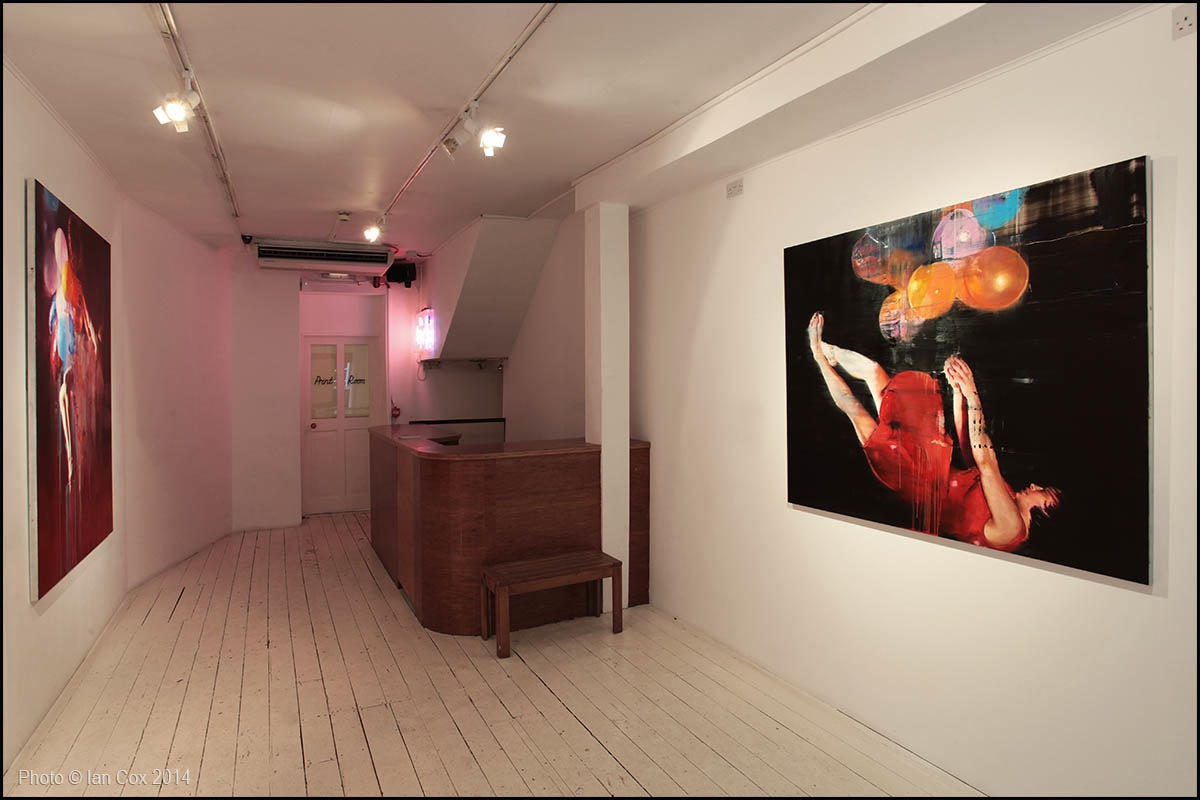 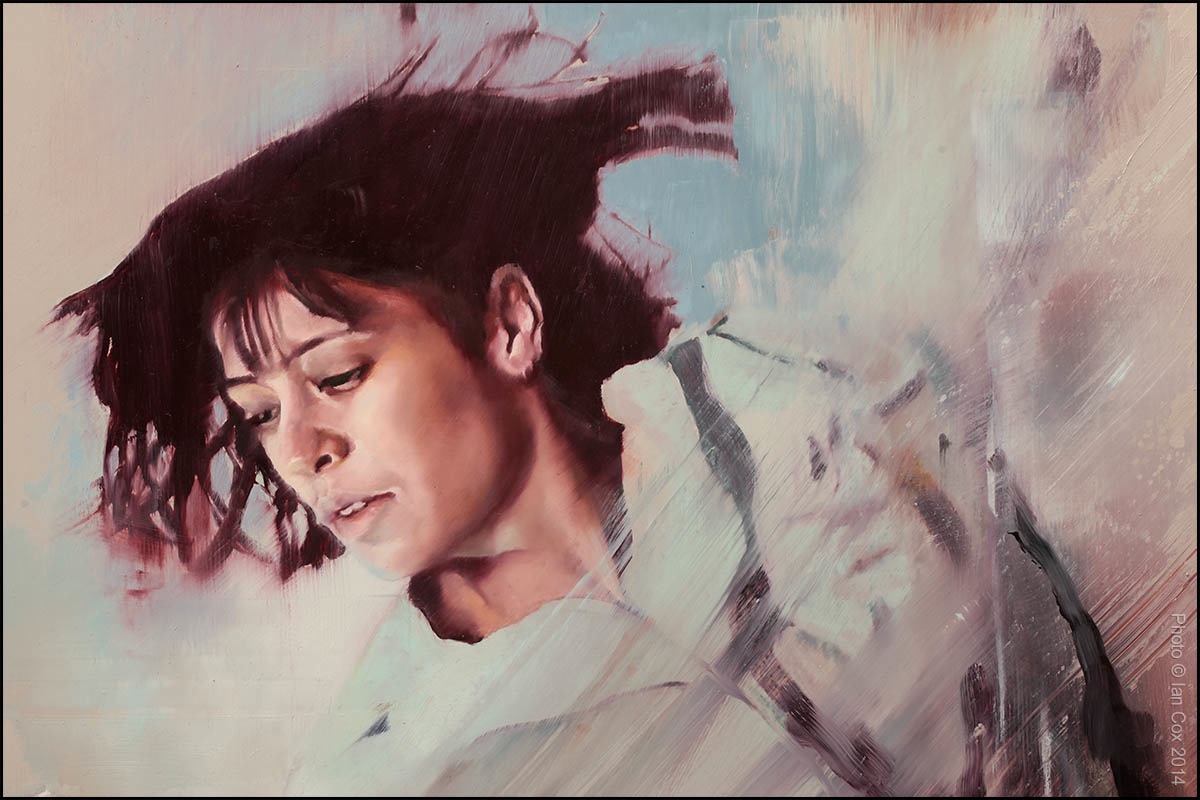 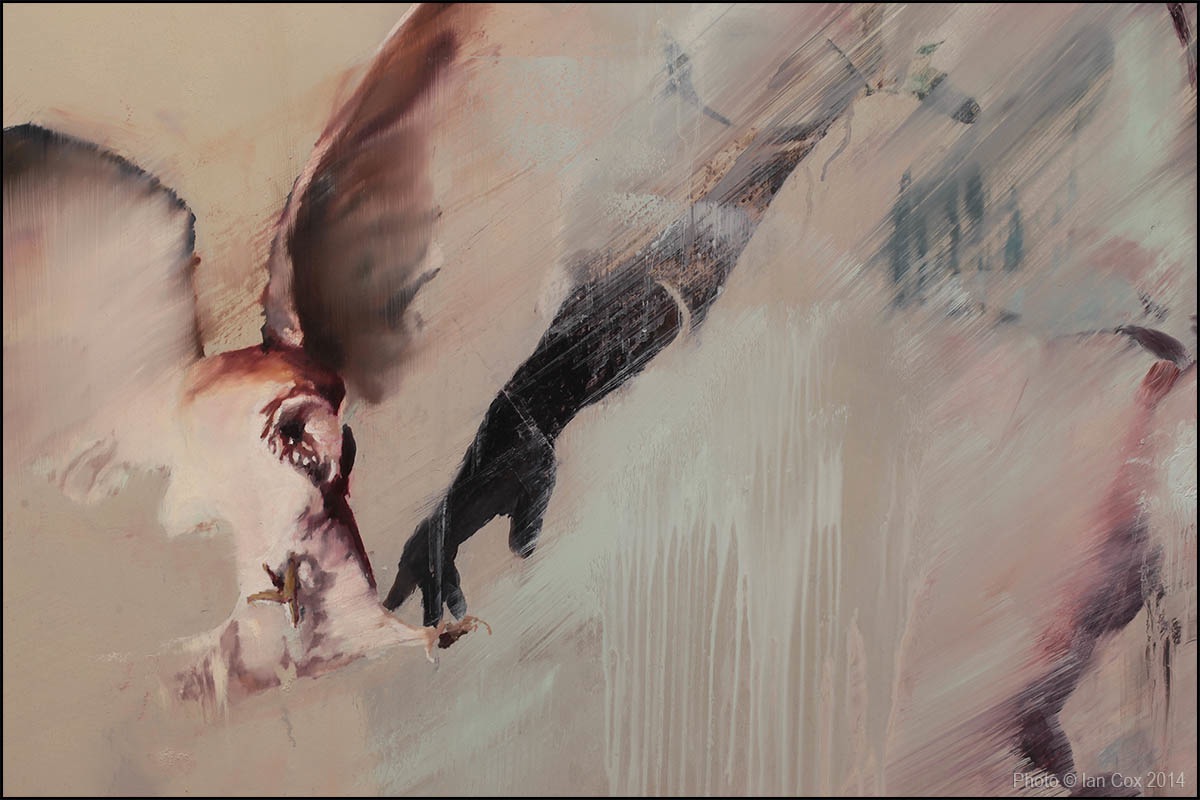 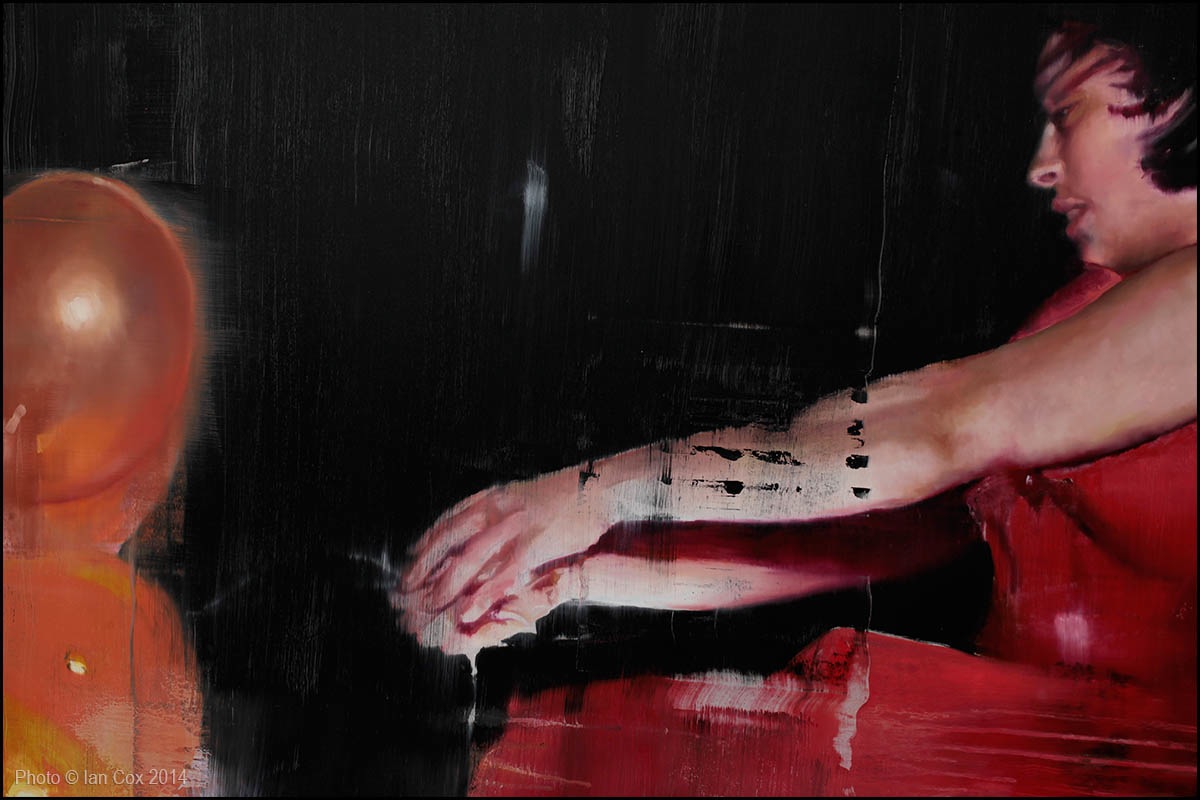