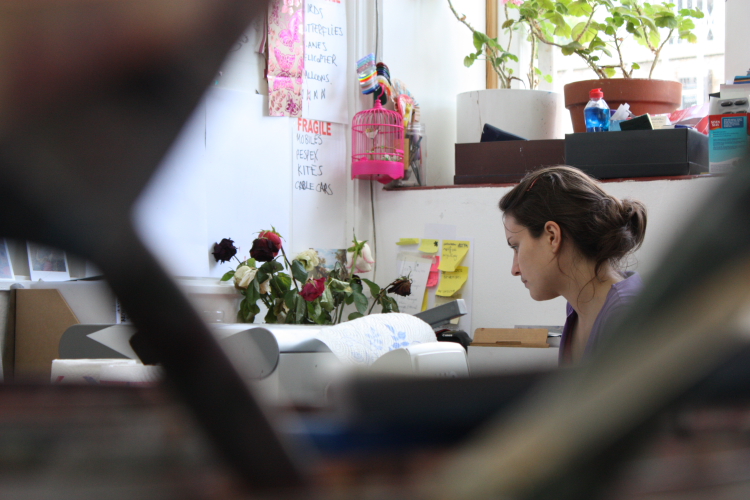 Weâ€™re big fans of the ever-so-talented Chloe Early (interviewed) here at AM, and recently were honoured to visit her studio in London. Chloe is currently preparing for her most ambitious solo show to date at Londonâ€™s StolenSpace gallery, entitled “Clouded Apollo,” which is the name of aÂ species of butterfly. Chloe tells us that the title for the show was inspired by the themes of flight, hovering, suspension, mythology, light and lunar missions – all of which she has been exploring within this body of work. 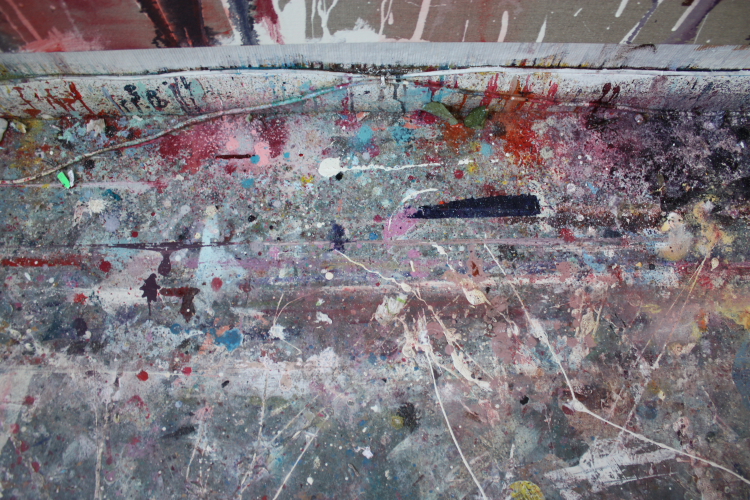 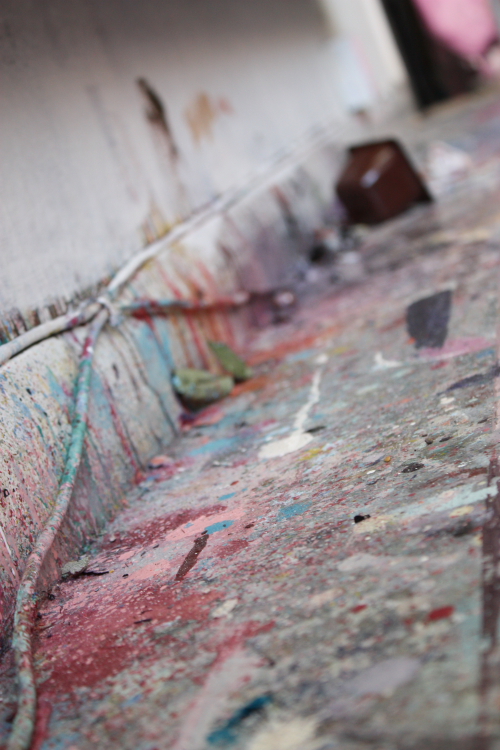 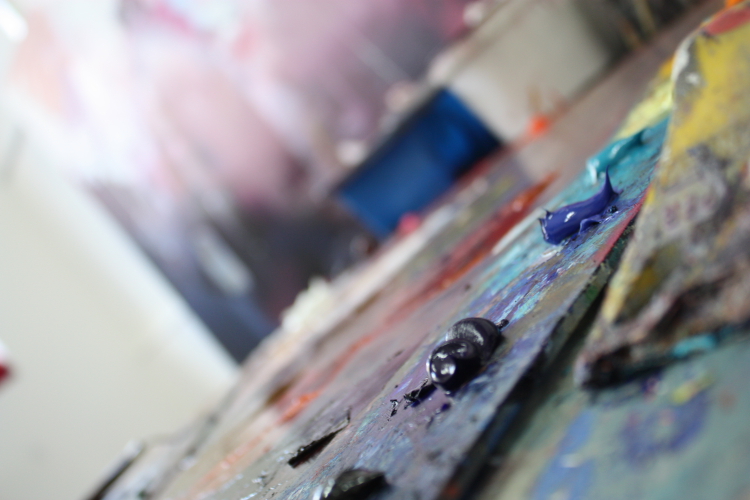 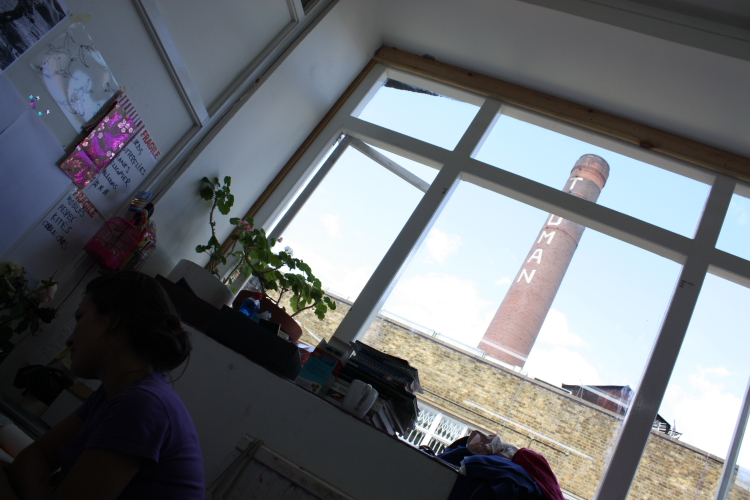 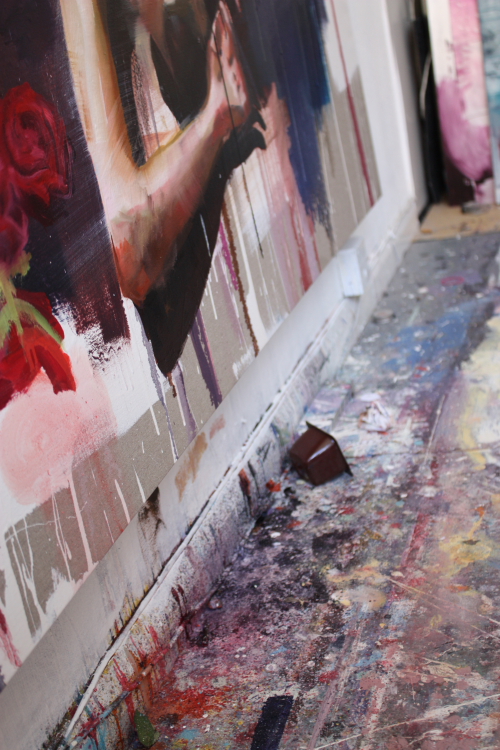 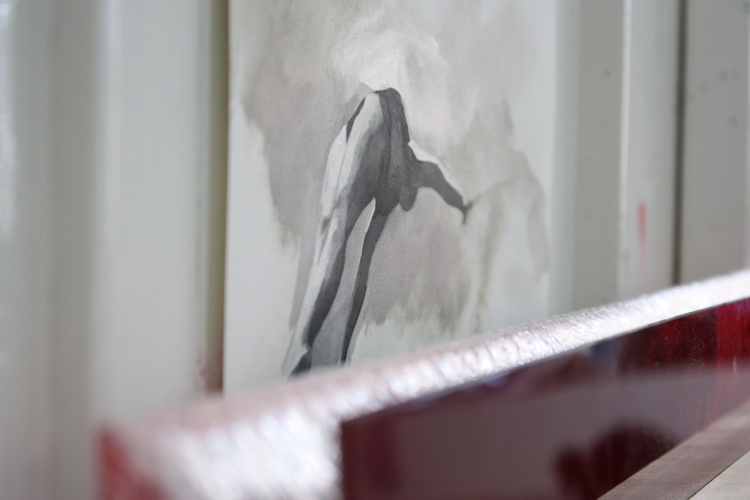 Weâ€™re not revealing too much of the new pieces, but you can catch a glimpse of the paintings in the background of some of the shots. Chloe is working on linen and Perspex for this new body of work set to open on the November 5th of this year. From what weâ€™ve seen, if youâ€™ve enjoyed her recent works shown at both Kinsey/DesForges in Los Angeles and Joshua Liner Gallery in New York, then youâ€™re going to be bowled over.