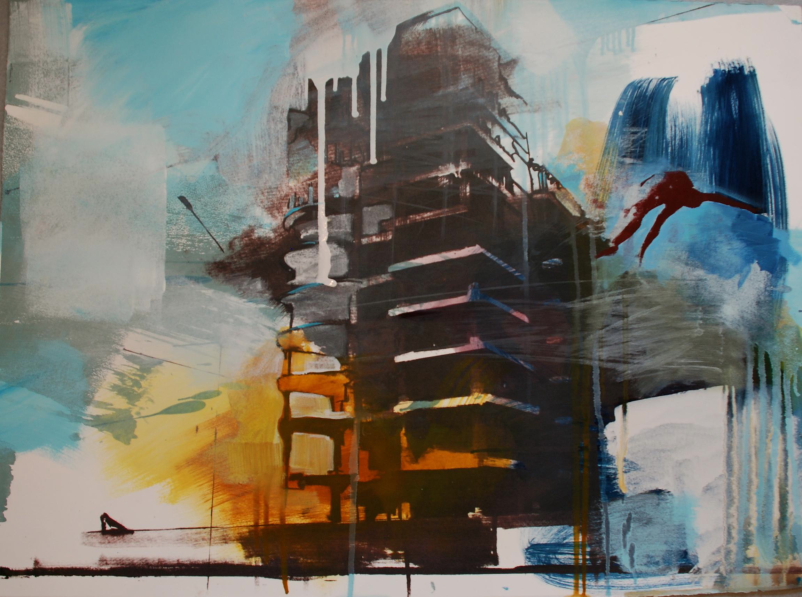 AM showed you details of Word to Mother’s screenprint release exclusive for this show last week.Â  We now bring you some images of Chloe Early’s (interviewed) hand finished screenprints from a series entitled “On Twisted Wings.”

Read on for more details and further images. 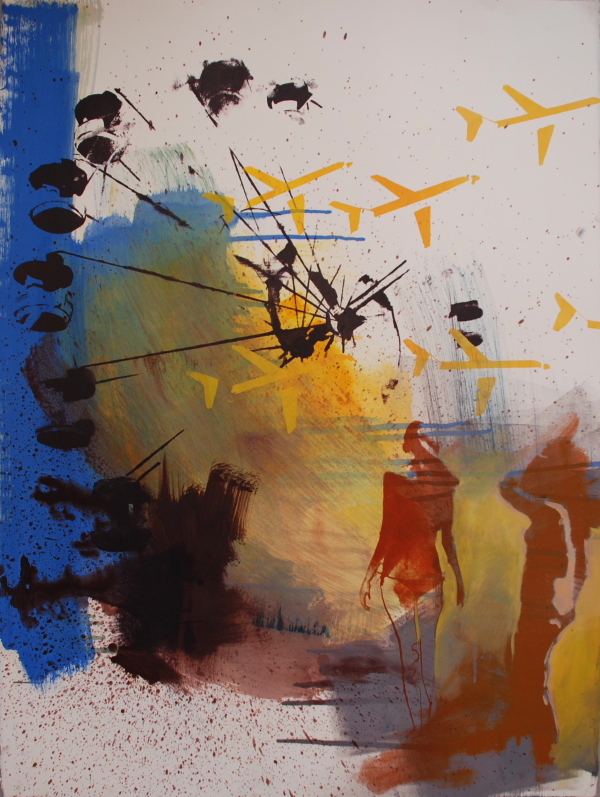 Chloe’s multiples are released in an edition of 40, but each we’ve seen appears to be so unique that they each look like individual creations – even the screens used in the edition are varied.Â  Described as Hand Pulled Screen Print & Hand Painted Acrylic On 100% Cotton Somerset Enhanced Deckled Edged Paper, the edition of 40 prints will be available at the opening, with any remaining pieces being released online sometime on Friday. Each print is 22×30 inches. 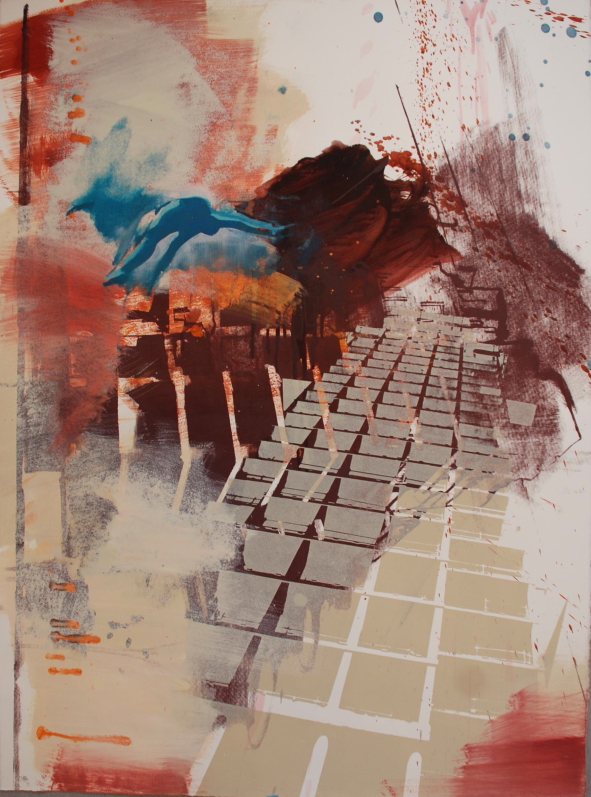 Here’s the back-story Chloe told us about the project.

“How I yearn to throw myself into endless space and float above the awful abyss” – Goethe.

“I have been looking at the idea of flight, both real and metaphorical in my work for the past few years. The idea started with my diving girls series, and it has developed and grown into: fleeing, departing and the desire to escape drudgery. The holiday is the most obvious expression of escapism, peaking with the construction of theme parks and Disneyland, but escapism manifests throughout culture in more subtle ways – scientific, technological and commercial. Most of our collective endeavors are a desire to distance ourselves from the lowly animal status of our species here on earth. Hearing about the tower jumpers of the Middle Ages – men dressed in homemade wings throwing themselves off towers in the name of flight research is a classic example of man’s inability to accept his circumstances, ie I am a man, but I want to be able to fly like a bird too. In my work, I want to capture that feeling of abandonment from reality and also underlie some of the dystopian effects that such an approach brings. “On Twisted Wings” is a series of works, made using the screen print process which are part of a family whilst also having some individual elements and unique qualities to each print. I wanted to retain some of the spontaneity of my studio practice by combining hand painting with screen printing, switching back and forth between the layers. I don’t plan my paintings but start with a vague idea or primary image in my head and react in a pretty organic way daily to the marks/images I have done the day before and I approached this print project in the same way.”