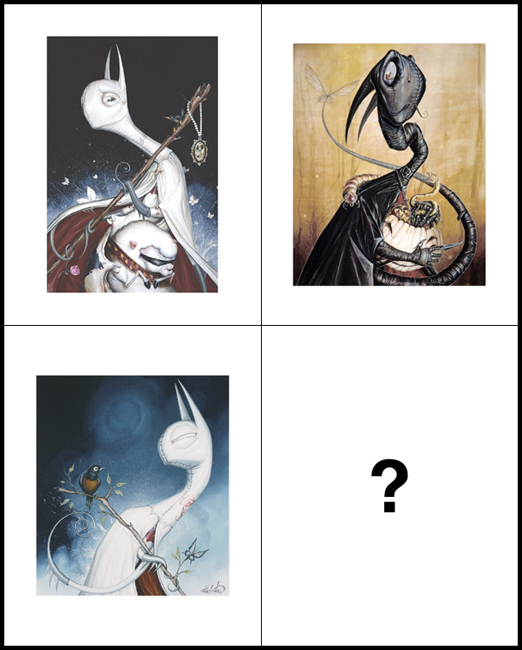 Gallery 1988 is releasing a new mini print set in December featuring the work of Greg “Craola” Simkins. There will be 300 sets made of prints including “Winter’s Knight”, “Night Knight”, “White Knight” with a special 4th chase print that will be included in 50 of the sets randomly (17% chance). We would guess that the chase print will also be based on a painting of his “White Knight” character, perhaps even from his current show “It Wanders West” at Gallery 1988 LA.

Even more exciting is that 30 of the sets will include an original drawing from Simkins.Â  So by purchasing one of these mini print sets, you have a 10% chance to receive an drawing from one of the most popular artists in the genre at the moment.

More details after the jump including a review of previous mini print sets released.

Here was the first mini print set released with works from Luke Chueh. As you can see from below, the chase print ended up not surprisingly being “Soundtrack to My Life,” one of his most popular paintings ever.

The second mini print set released featured works from Stella Im Hultberg. The chase print ended up being “Never Mind” which you can see in on the very right in the picture of the complete set below. 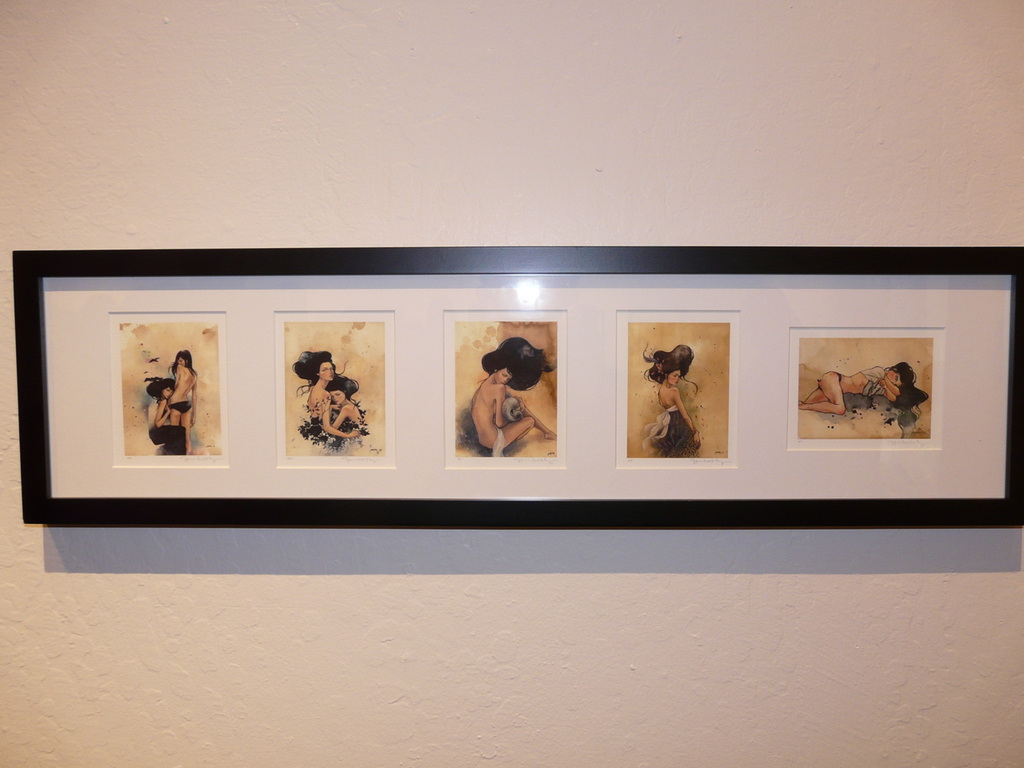 Also, this was the first set that included an original drawing giveaway as well. A couple examples of these seen below. 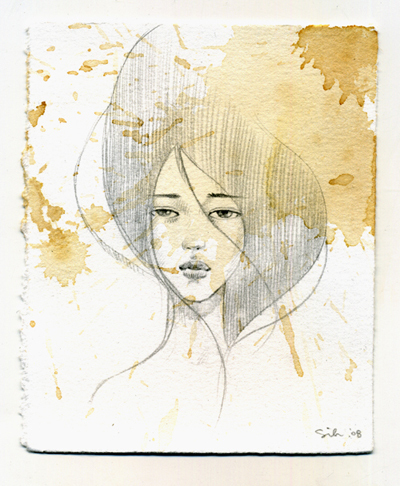 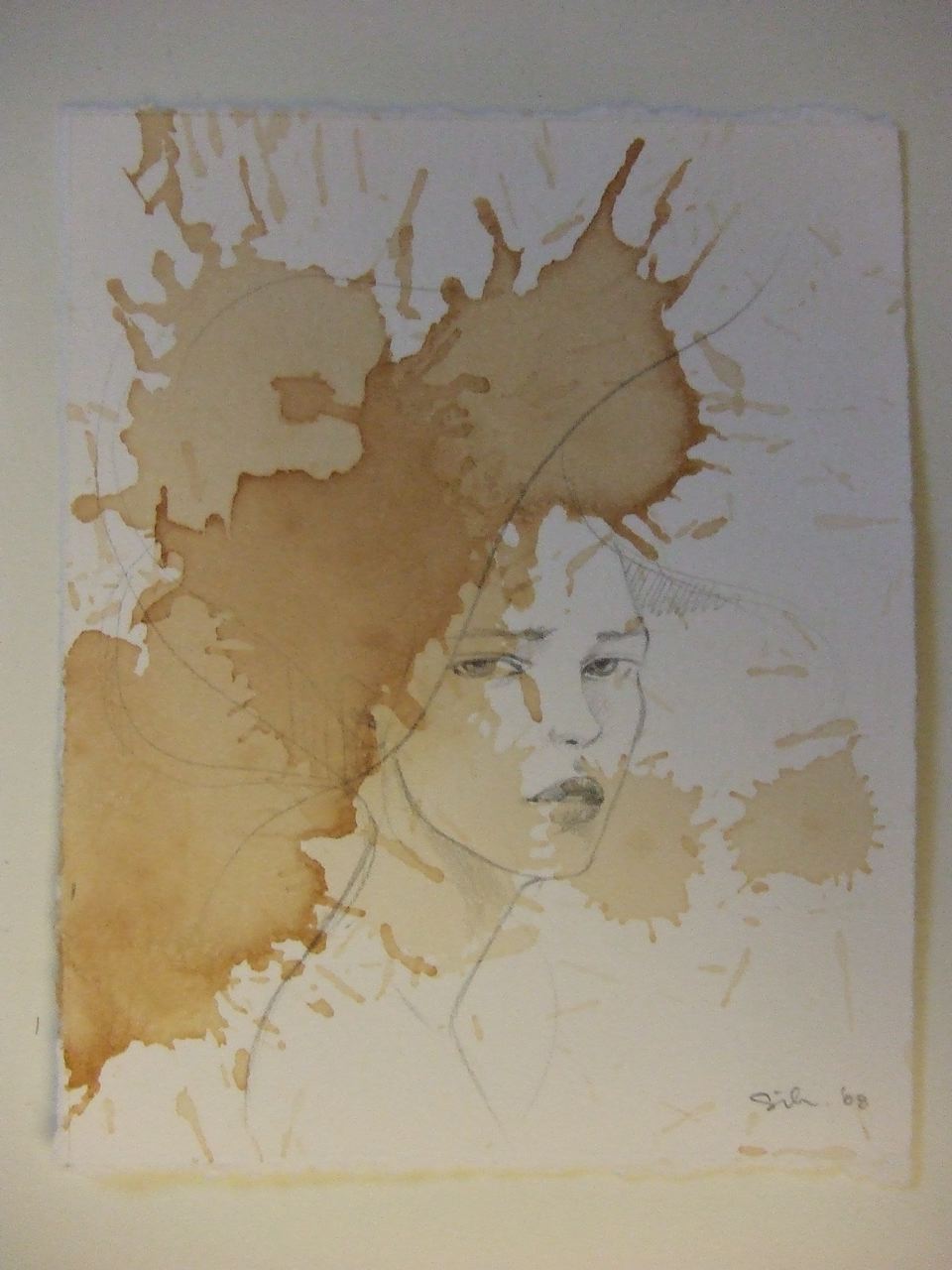 Here are the full specs: