Over the weekend, JR (interviewed) launched a pretty special project from Port of Le Havre, France – a 365 meter long container ship, the CMA CGM MAGELLAN, pasted with his iconic eye motif. Working on over 151 containers, the French artist used them as pixels to recreate the eyes of Elizabeth, a Kenyan woman living in the Kibera slums, in Nairobi from his Women Are Heroes series of works. The vessel leaving the port will mark the end of this series that he started in 2007 (see below) and take this work of art onward through the Mediterranean sea, pass the Suez Canal, and finally to Asia.

JR states: “In 2007, I started Women Are Heroes. To pay tribute to those who play an essential role in society, but who are the primary victims of war, crime, rape or political and religious fanaticism, I pasted portraits and eyes of women on a train in Kenya, a Favela in Brazil, a demolished house in Cambodia. They gave their trust and they asked for a single promise “make my story travel with you”. I did it: on the bridges of Paris and the walls of Phnom penh, the building of New York, etc. I wanted to finish Women Are Heroes with a ship leaving a port, with a huge image which would look microscopic after a few minutes, with the idea of these women who stay in their villages and face difficulties in the regions torn by wars and poverty facing the infinity of the ocean. It did not happen at the time… But during the last 10 days, we pasted 2600 strips of paper on the containers with the dockers of the port … And this morning we saw the ship leaving the port. I have no idea of what is in the other containers on the boat: stuff from people leaving a country to build a different life in another region, goods that will be transformed, worn, eaten in a different country. I have no idea where and how people will see this artwork but I am sure that some women far away will feel something today …. And in Le Havre, we are exhausted and proud.” 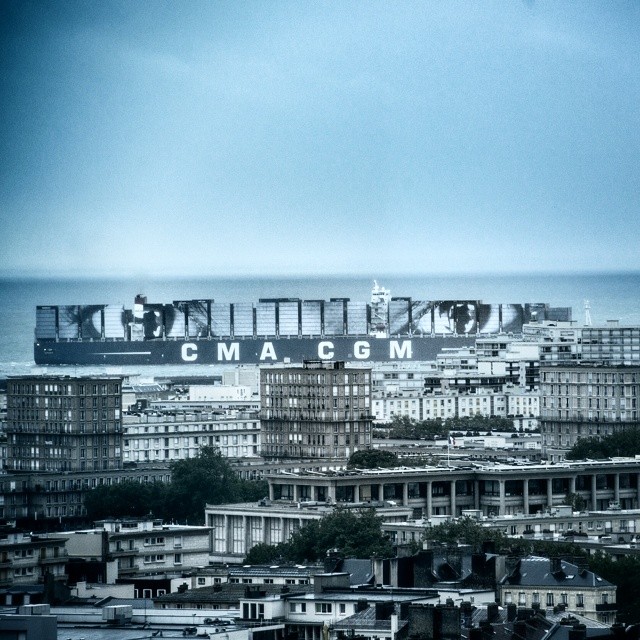 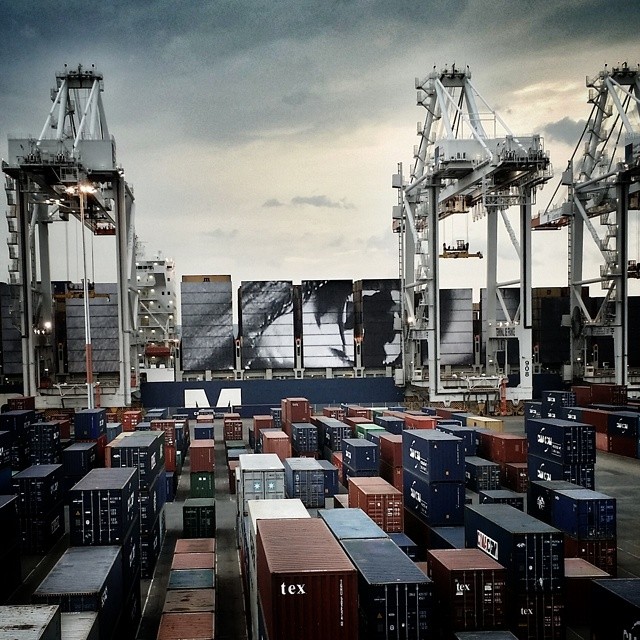 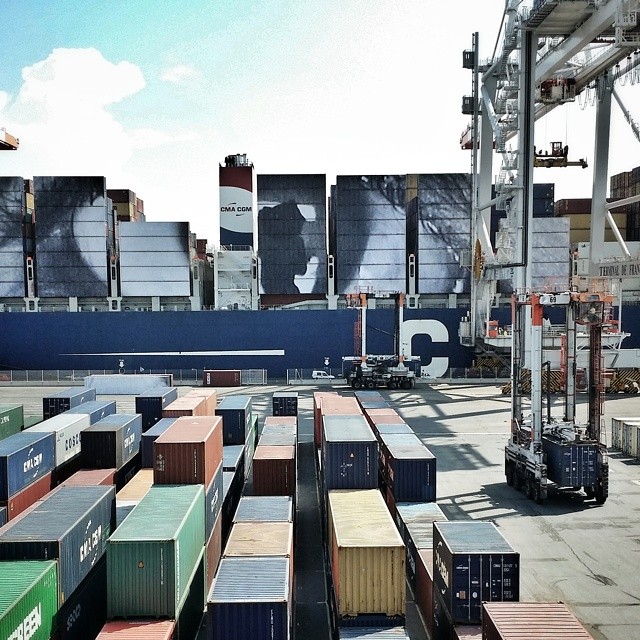 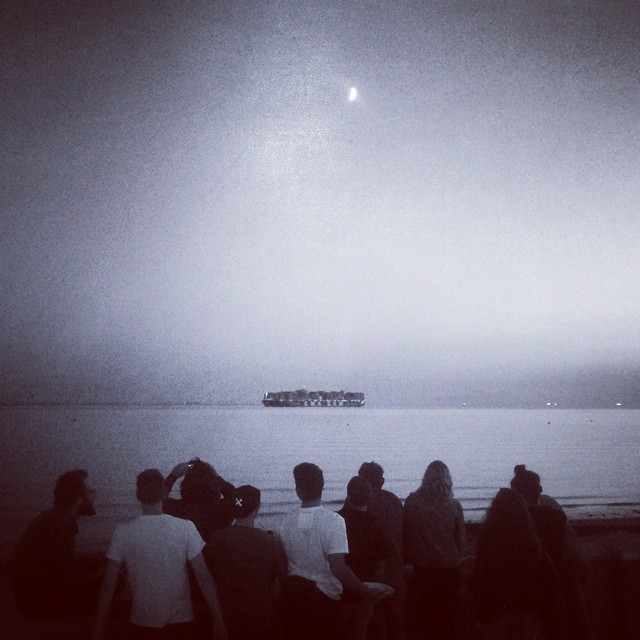 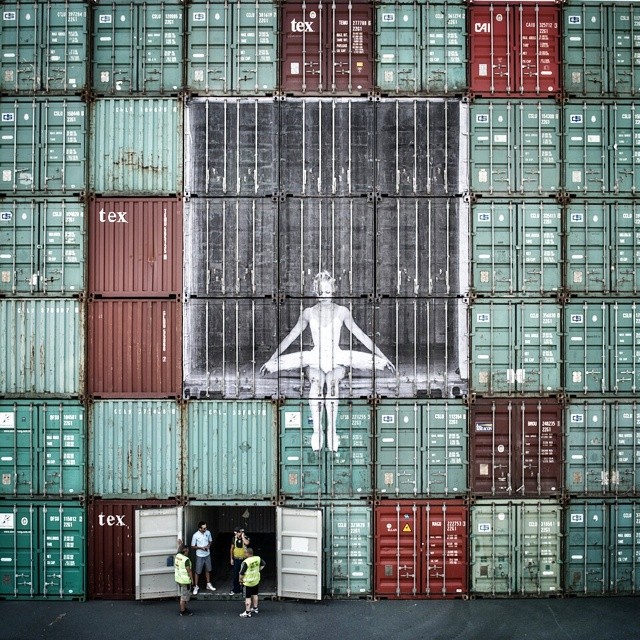 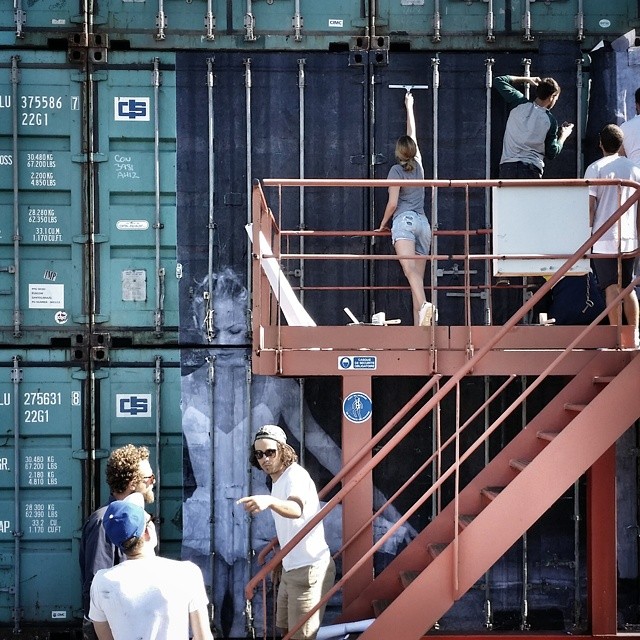 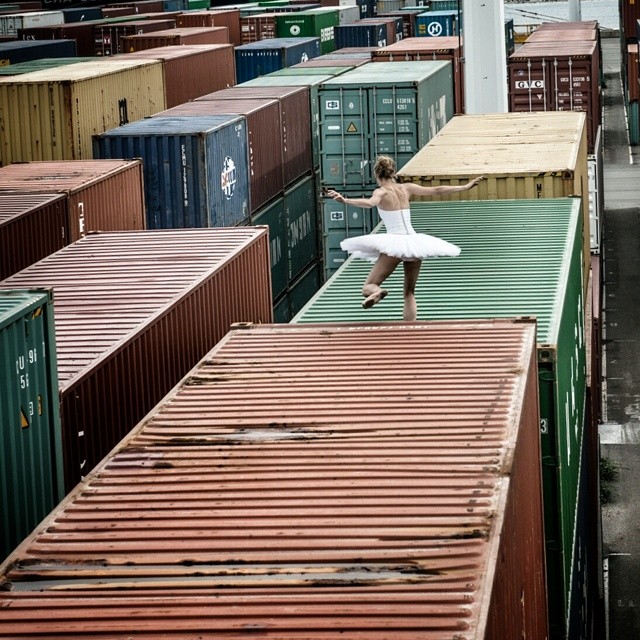 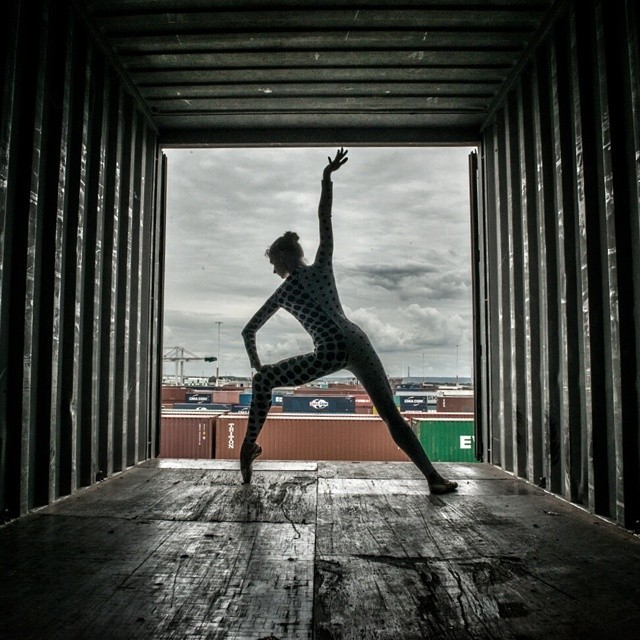