Southern California native, Jeff Soto (interviewed), recently traveled to Bordeaux, France where he had a chance to work on several art-related projects. First up is this wall he painted for the Darwin project and Spacejunk, his fourth mural in France (also see Lyon here & here). The Riverside-based artist took care to incorporate local graffiti into his mural featuring some old school imagery, expertly painting on the difficult corrugated siding. In the back, he also took 20 mins to do some quick lettering, getting back to his roots.

While there, he also painted a four meter tall wine bottle, which is now on display near the Esplanade des Quinconces along the Garonne. He was inspired by the grape vines and the grape themselves as he worked using their colors and textures. Invited by the Cultural Institute of Bernard Magrez and Spacejunk to bring his art to the Bordeaux Féte le Vin, Soto definitely left a worthy mark for his fans in the area enjoy. 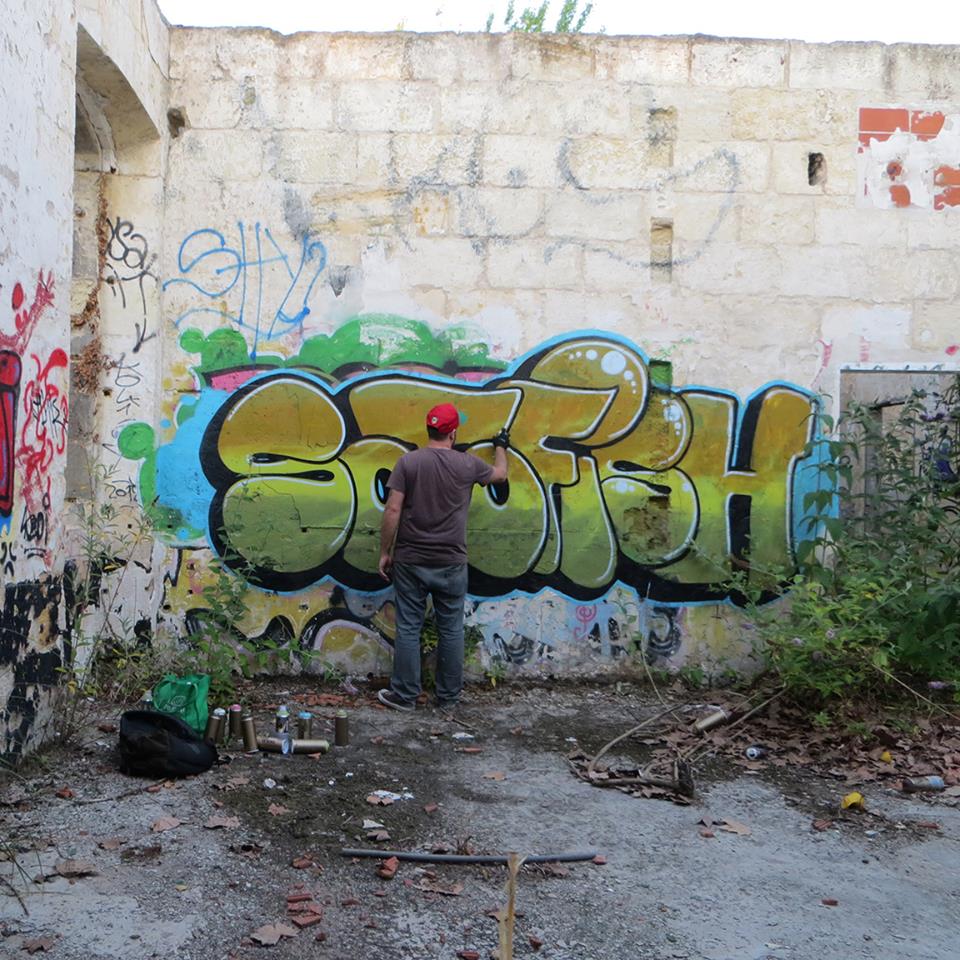 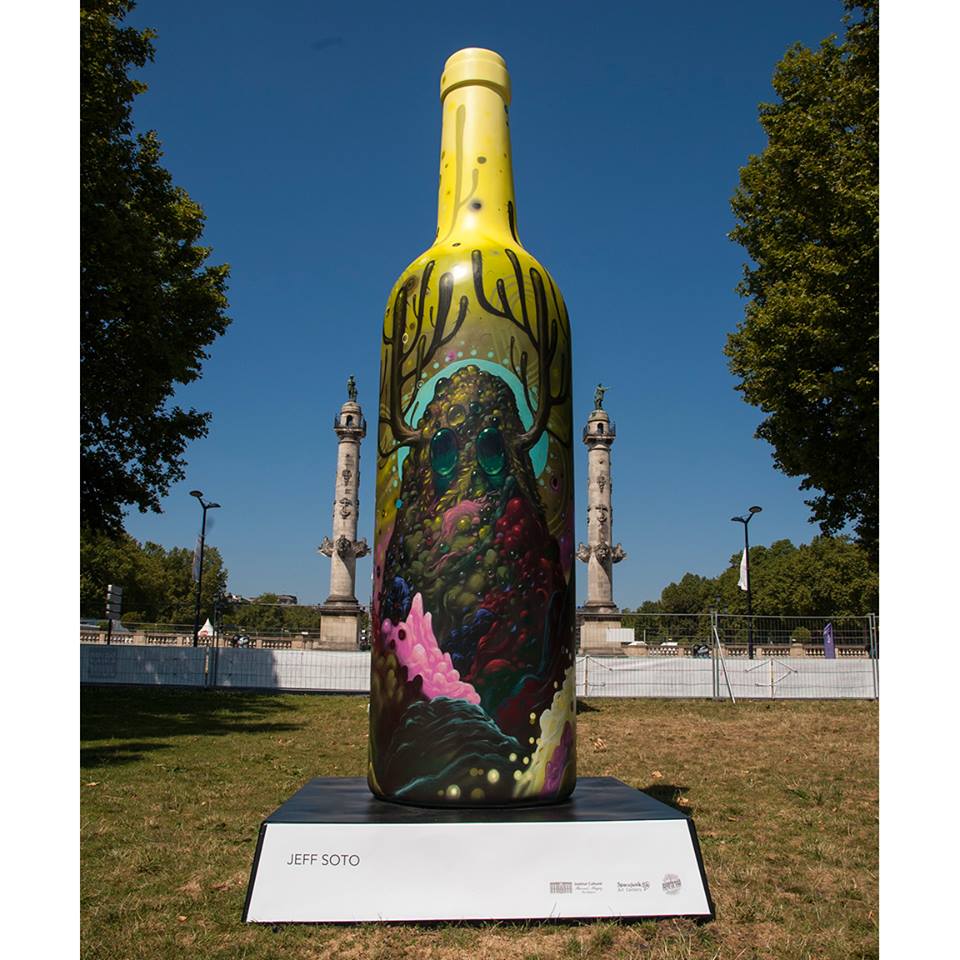