Continuing his long history with Jonathan LeVine Gallery (see 2012, 2010), painter Alex Gross (interviewed) is preparing for his fourth solo with the New York showspace. Set to open on October 9th, Future Tense will feature a new series of oil paintings and mixed media works that will continue to explore ideas of how modern society relates to technology and our consumer culture. As always, the Los Angeles-based artist will present his artistic visions beautifully rendered in well composed paintings combining different elements drawn from various influences.

In association with the show, Gross will be releasing a new monograph, featuring 40 paintings completed between 2010 and 2014. Get a glimpse at first round proofs of the book below along with some crops of larger paintings bound for the exhibition above and below. 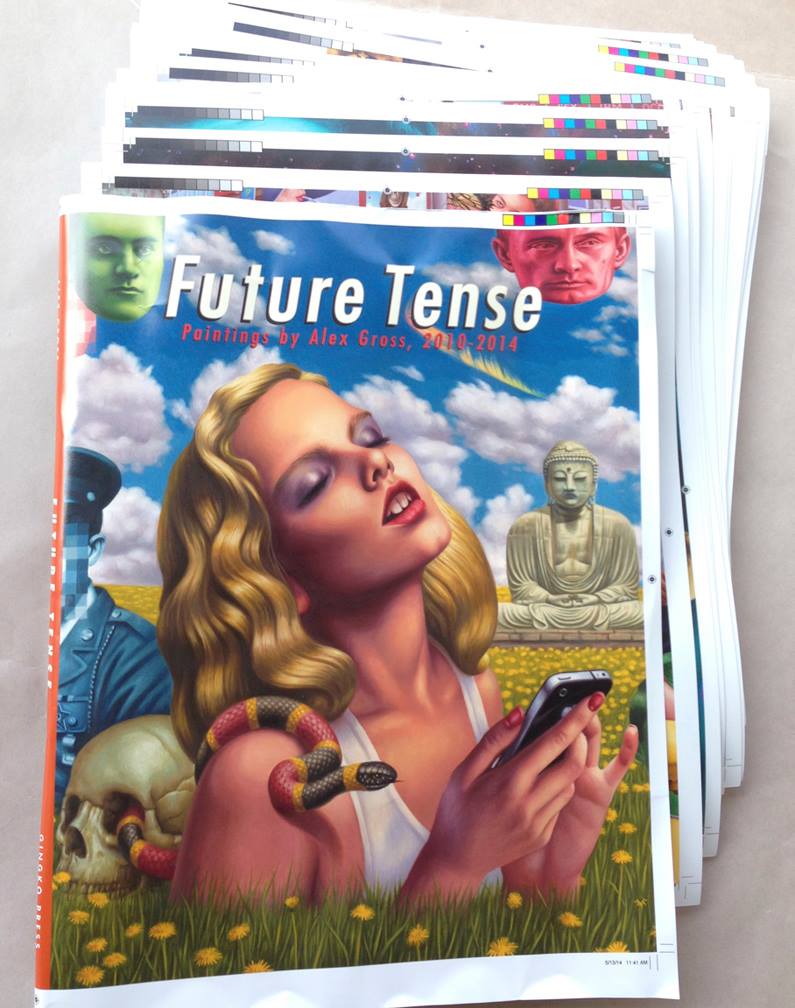 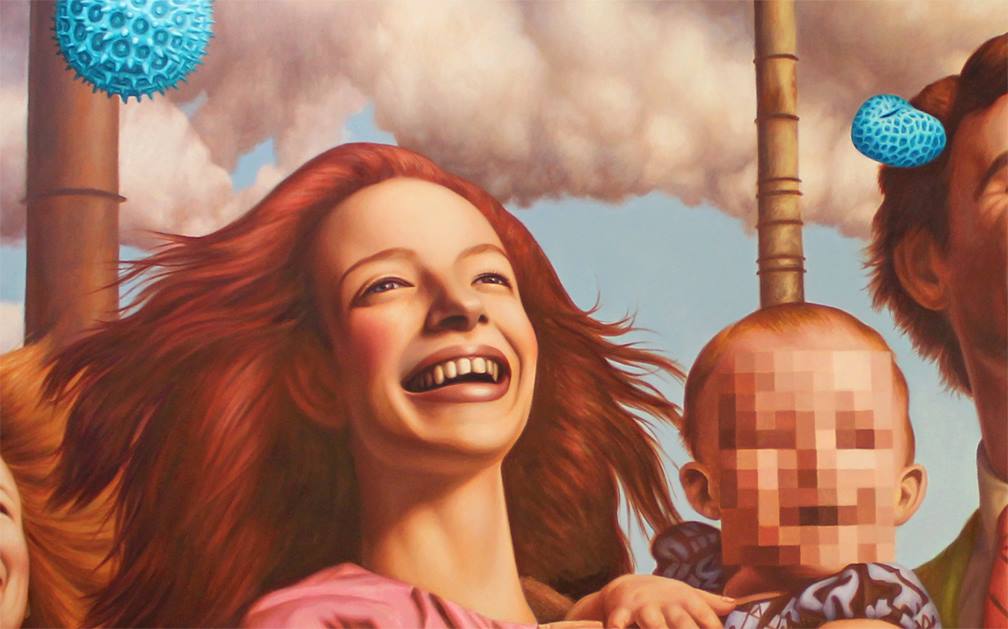