It doesn’t happen often that Greg “Craola” Simkins (featured) grabs a spray can, but when he does, he usually creates something exceptional. After not painting walls for quite some time, his newest mural, which he recently finished in Los Angeles, is definitely an example of that.

With support from Branded Arts and Graphaids, the LA-based artist took some time off his studio work and upcoming animated I’m Scared: The Movie, in order to create this fantastic piece. Completely figurative, with no letters or other “classic” graffiti elements, the piece is basically a large version of his canvas work. Containing elements of fantasy, photorealistic details, and giving nods to some of artist’s childhood heroes and dreams, the wall features a surrealistic scene with a mutant Donald Duck, catching a lemoctopus. While completely a new image itself, it has all the signature Craola elements which will surely excite his fans worldwide. 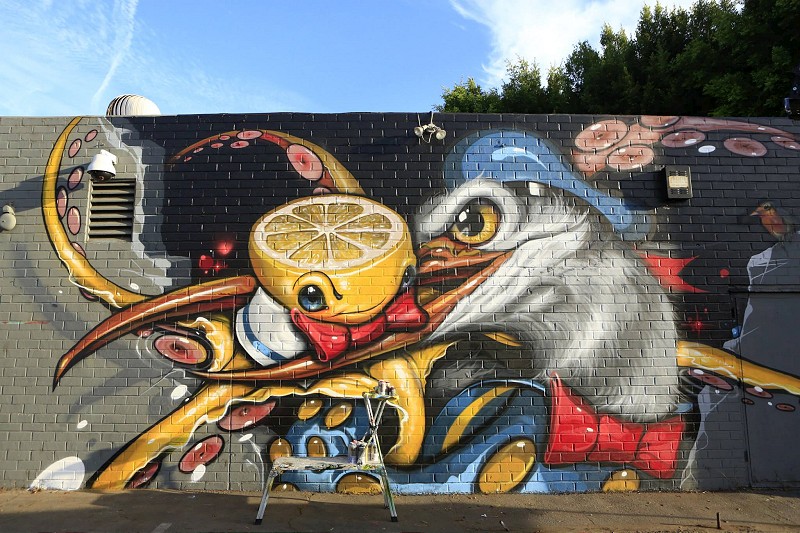 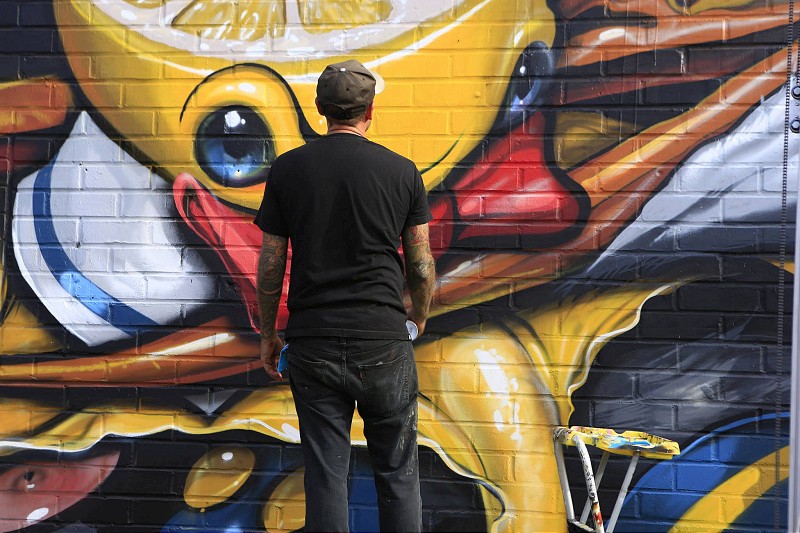 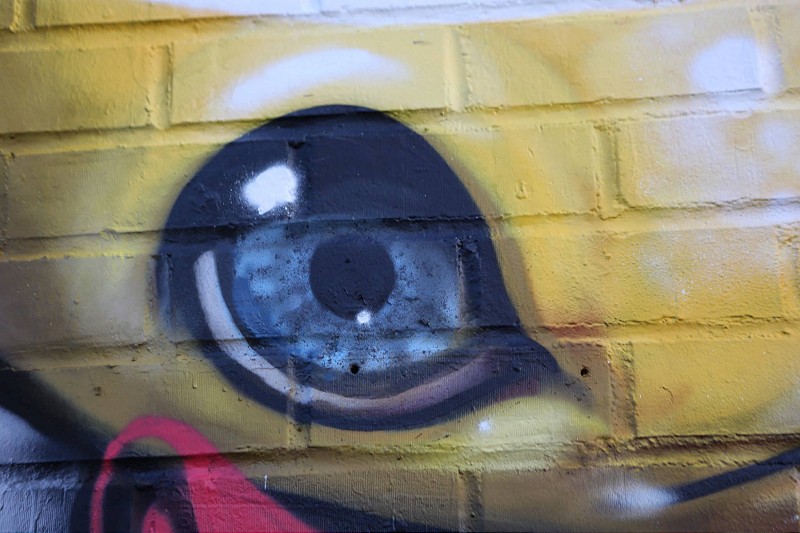 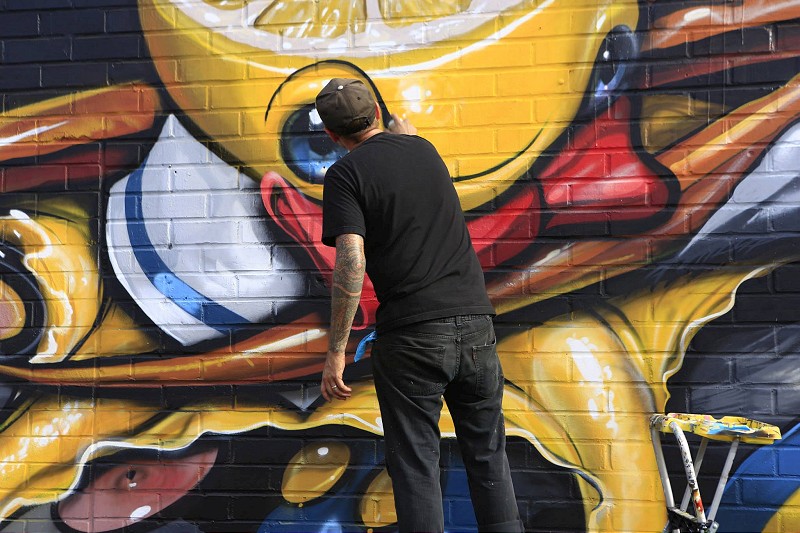 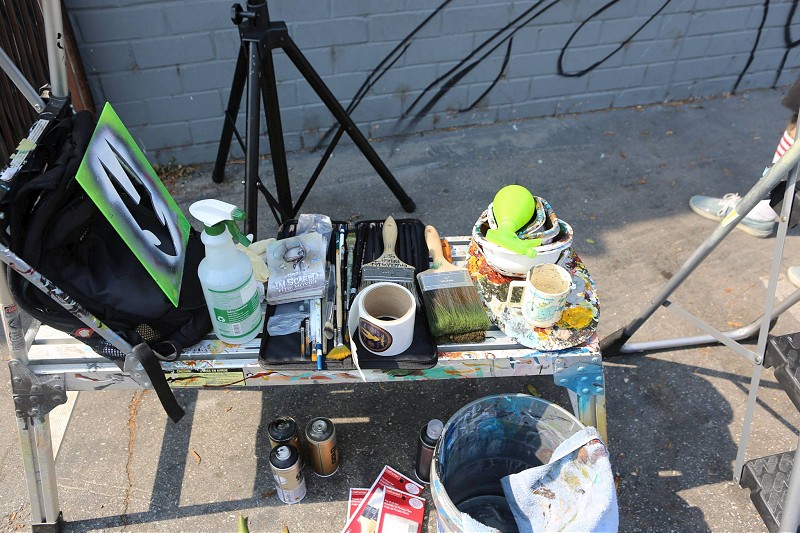 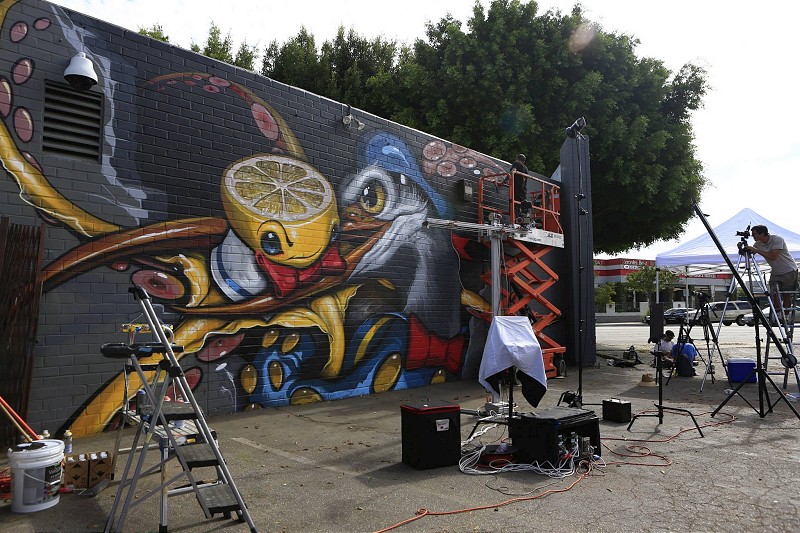 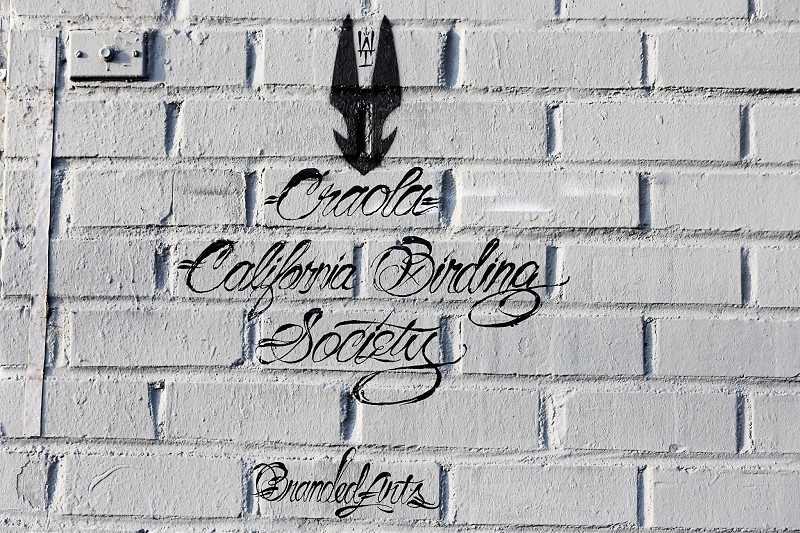