AM was on hand for Jenny Morgan’s 13th solo, The Golden Hour, at Denver’s Plus Gallery. The buzz around the exhibition was palpable with Morgan being on the cover of the August issue of Juxtapoz. The fact that this is a homecoming of sorts (she studied art at The Rocky Mountain College of Art & Design and had interned at the gallery) made the show even more high energy.

When viewing the eight new works, the most marked change is a color palette relying more on yellow, orange and red gradients to mimic the colors most prominent in the hours immediately after sunrise. In addition to the usual female portraits that Ms. Morgan is most known for, there are two paintings of skulls in symmetrical positions which she explained relates to the duality of mind and body. The show will be on display until October 18th so stop by if you are in the area. 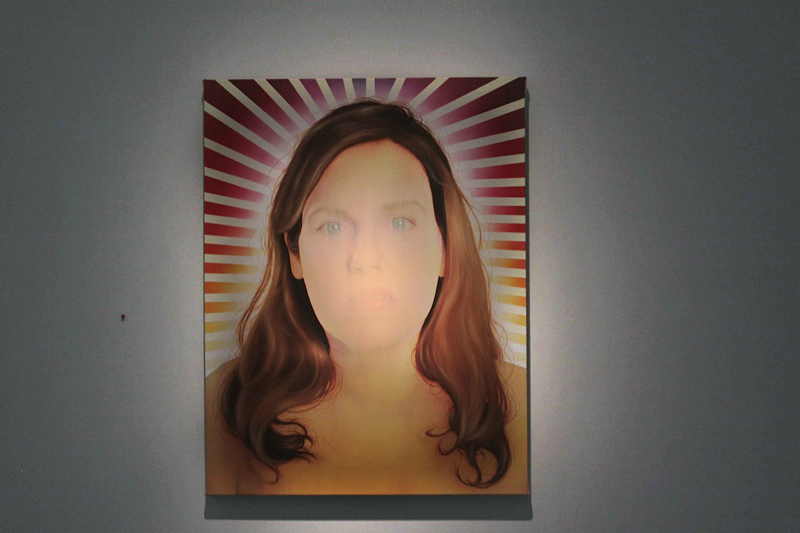 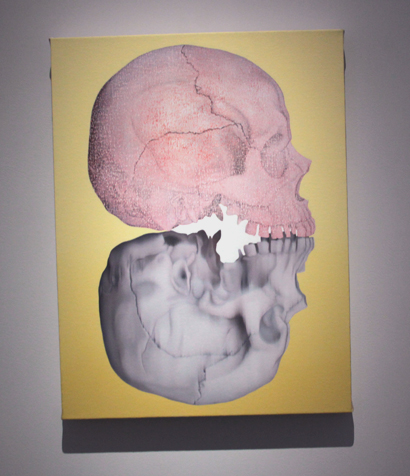 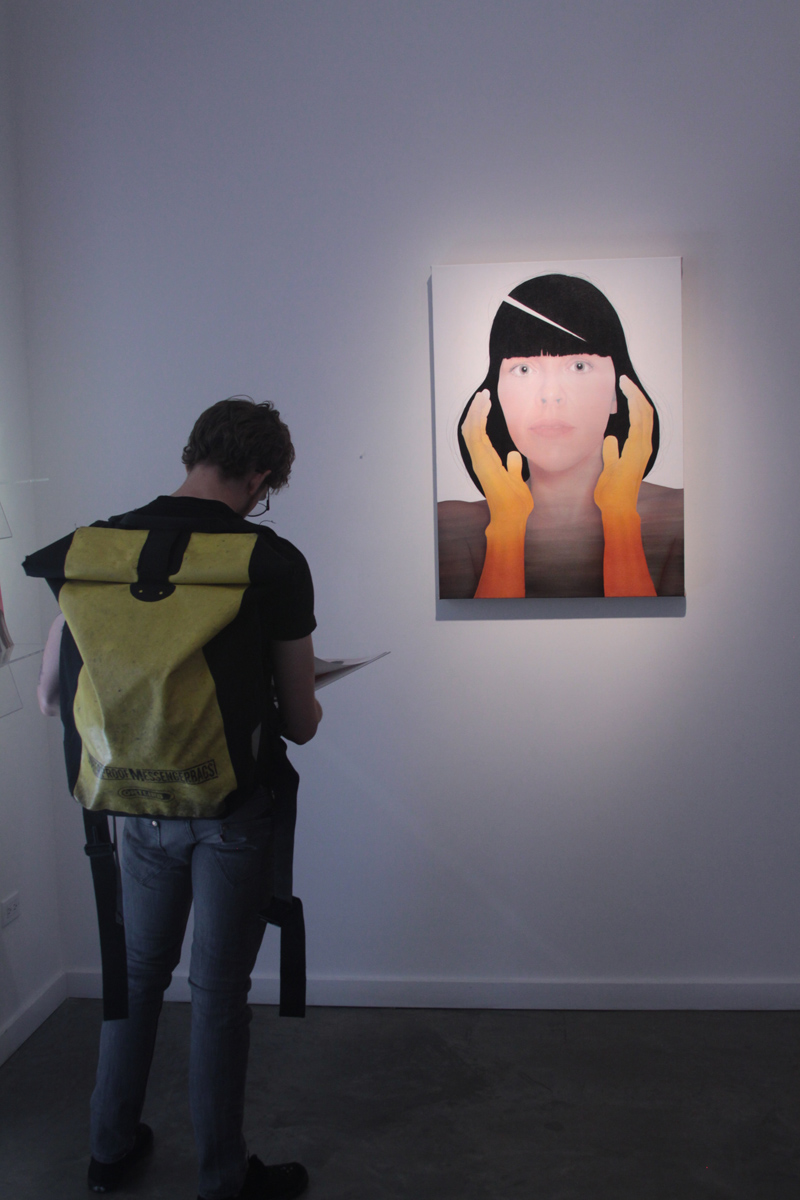 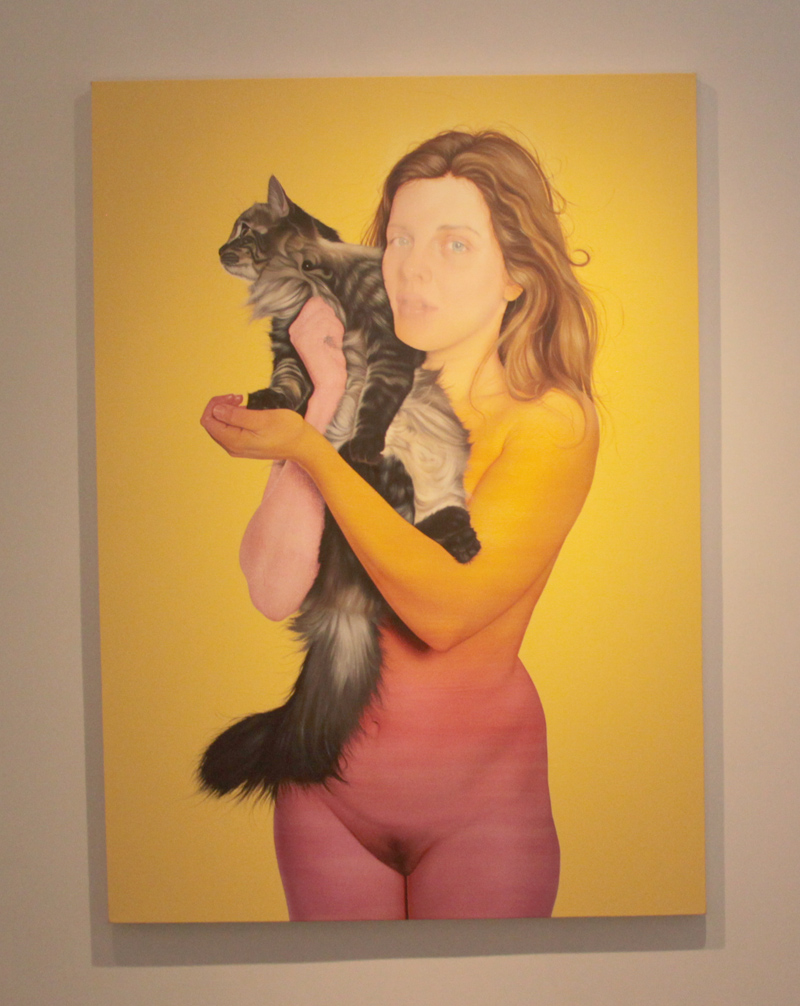 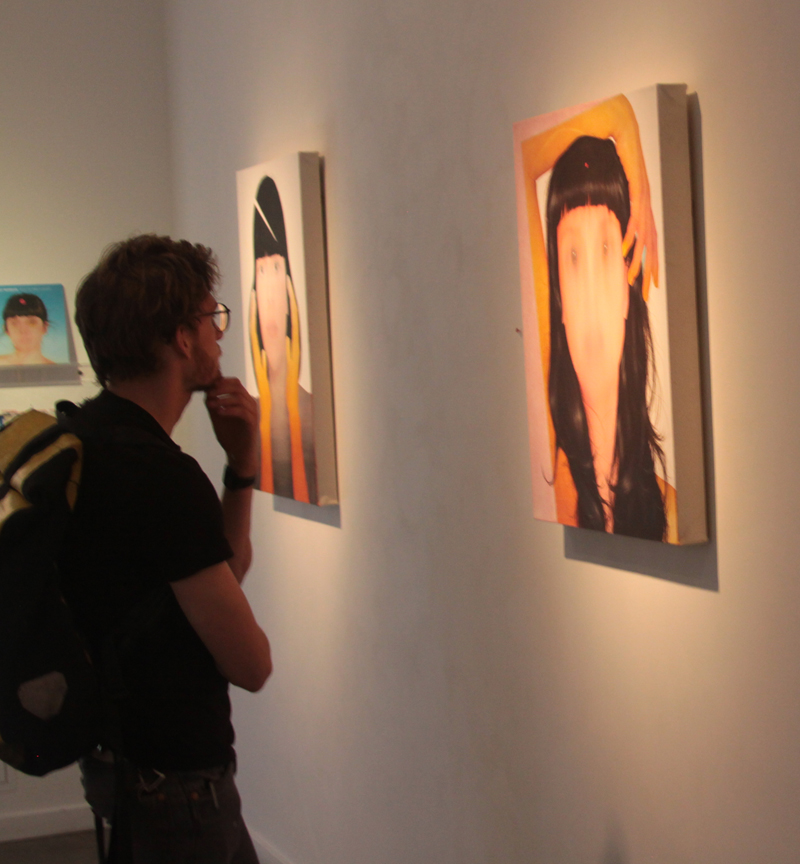 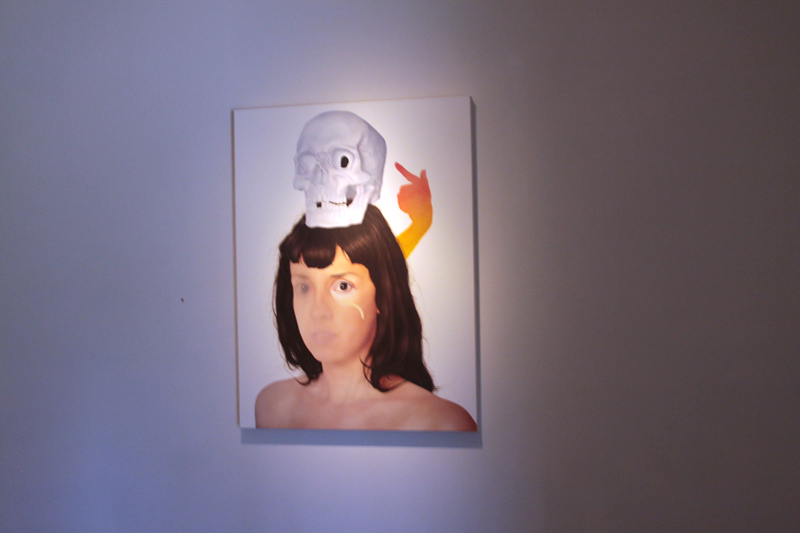 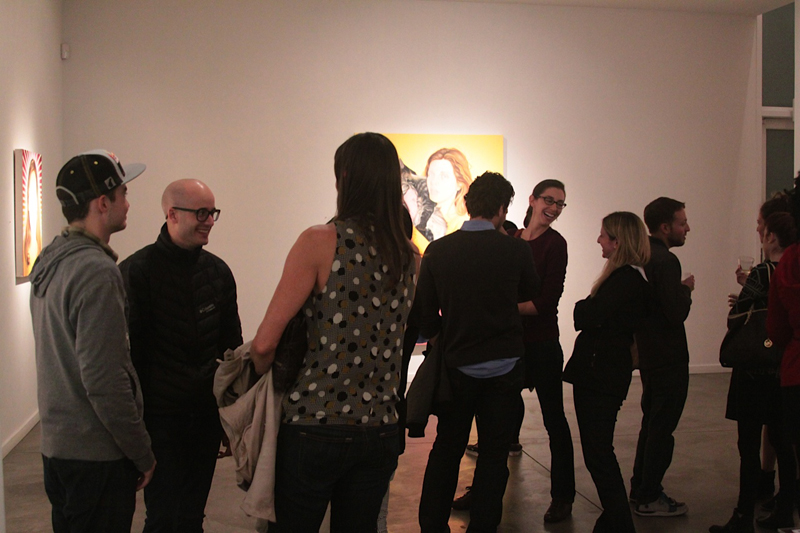 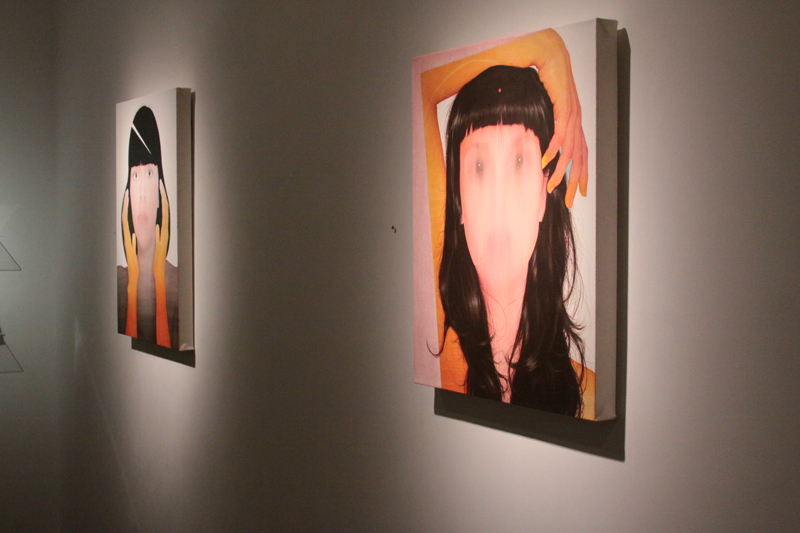