Mehdi Ghadyanloo is known to international street art lovers for the murals he has been painting around Tehran. So far, he has created over 100 surrealistic murals around the city, brightening up the streets with his witty concepts that play with depth and perspective. On August 22nd, he opened a debut show at Galleri GEO in Norway titled Mirage of Redemption.

For this exhibition, the Iranian artist prepared a 20 piece series that is “inspired by human life, and traverses both history and race.” Similar to his public art, Ghadyanloo plays with dimension and space, creating a very effective illusion of depth in his work. While his murals are more elaborate, playful and often include many stories in one image, his minimalist style comes to full light with his gallery work. More focused in theme and more detailed, the effect of his striking work is often emphasized with intentionally left blank space, playing with a sense of scale. Aside from acrylic and oil works on canvas, he also introduced an interesting series of works in resin. These are actually photographs that have been suspended in resin and further explore his play with perspective. 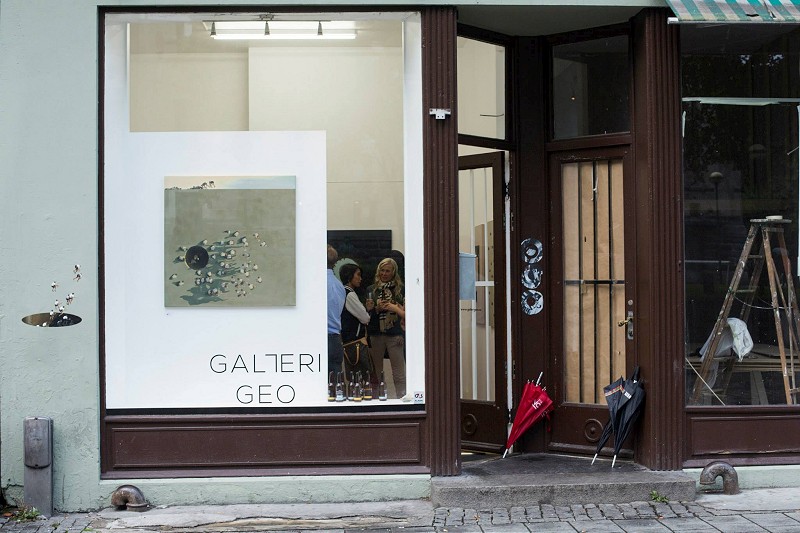 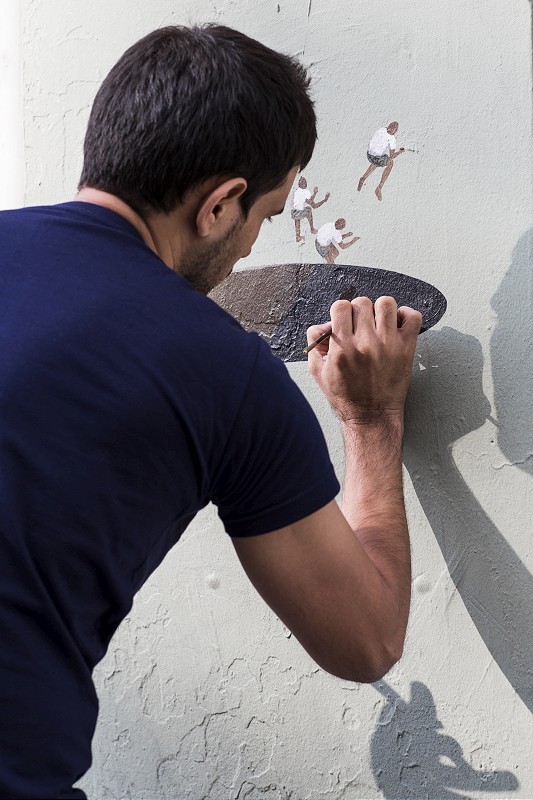 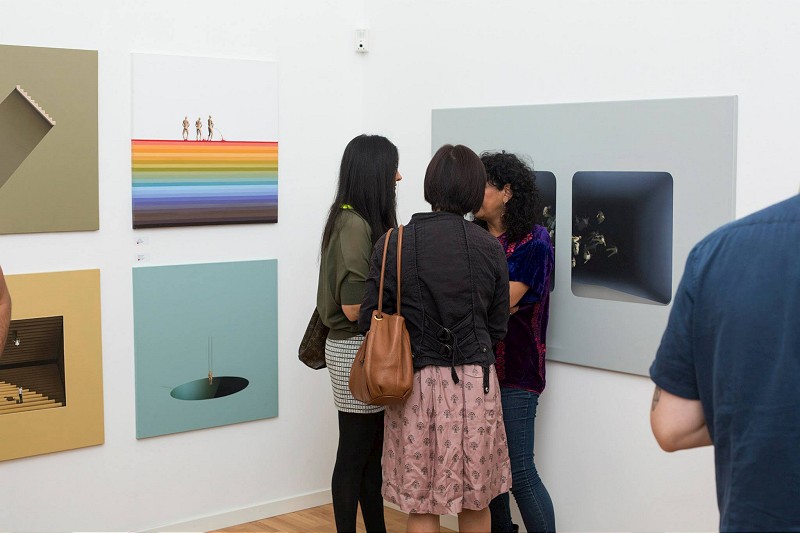 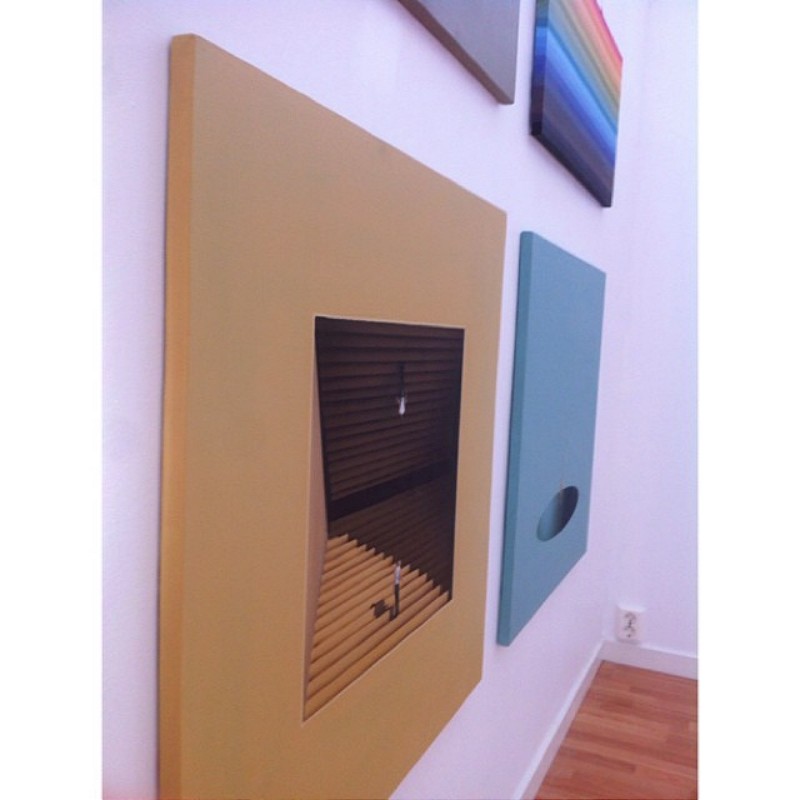 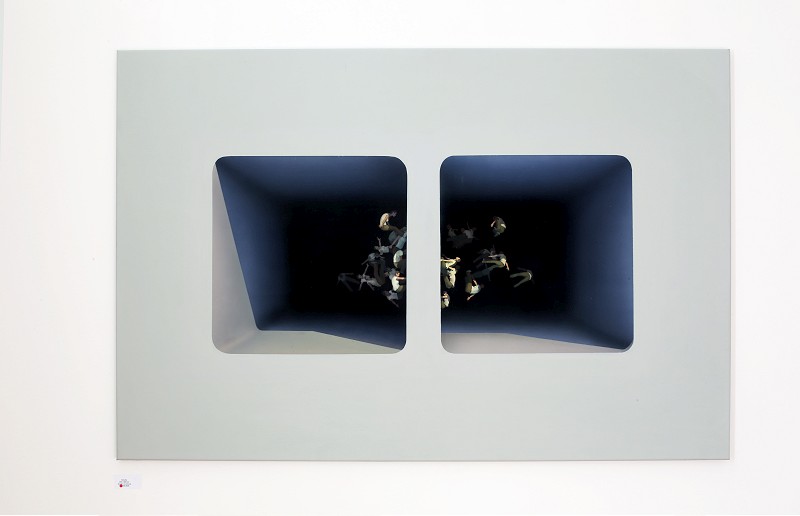 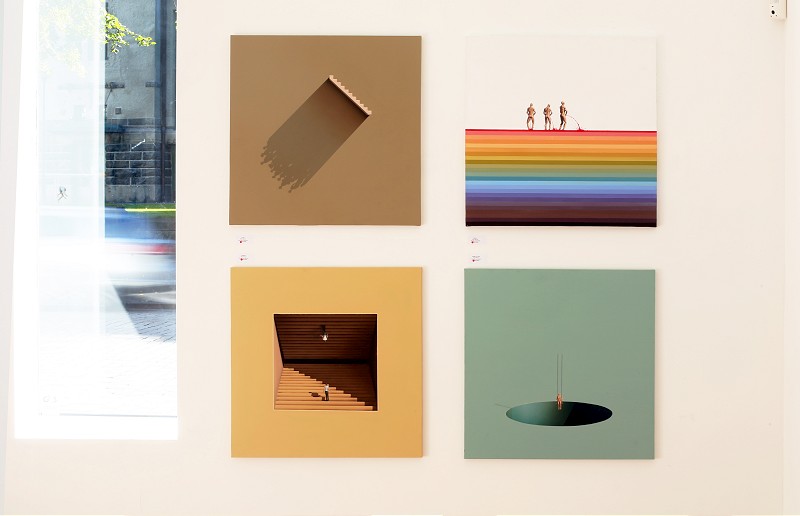 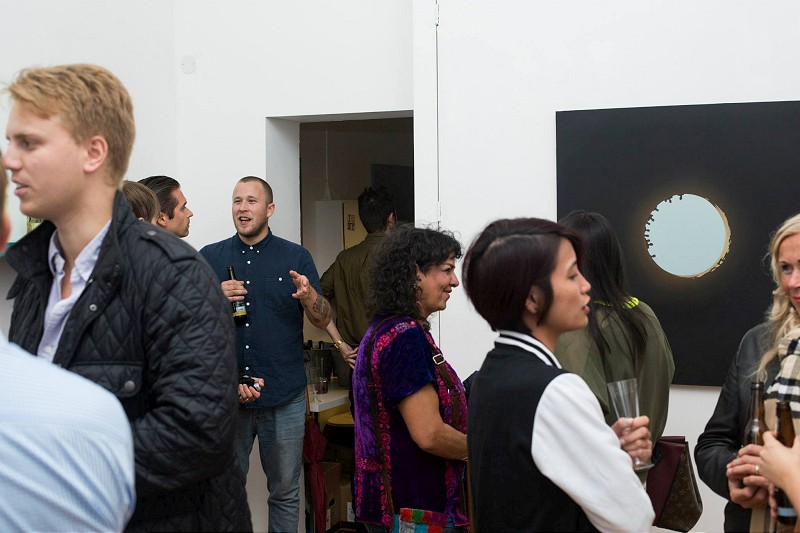 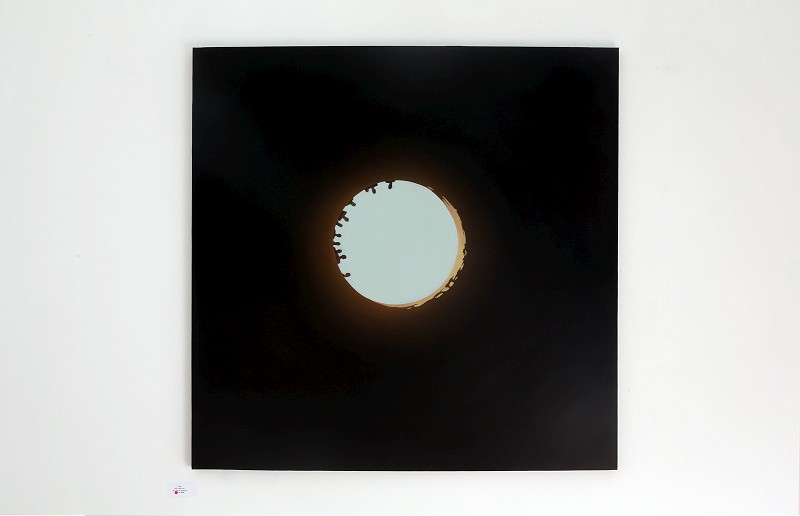