Later tonight, Culver City will see the return of portrait painter Kehinde Wiley when he opens The World Stage: Haiti at Roberts & Tilton. Continuing his series of paintings of disadvantaged youth from different international locales (Jamaica, Israel, France, India, Brazil, Lagos, Dakar, China, and Sri Lanka) posed as if in classical paintings, the new works will now take the viewer to the troubled Caribbean nation.

For his fifth solo with the gallery, Wiley will be presenting 12 new paintings sourced from the the streets of Jacmel, Jalouise and Port-au-Prince where he put out open calls for beauty pageants which resulted in selected contestants immortalized into artwork. By including the long pageant tradition from Haiti in his process, the New York-based artist once again examines a country’s socioeconomic conditions thru the lives of its people and at the same time highlighted the beauty that still shines through despite a devastating natural disaster in the country. Creating compositions that harken back to the days of European master painters, he explores powerful parallels of Haiti’s past under Spanish and French rule, but flips the script by placing ancestors of the former slaves in positions of power that draw from the art history of these colonial powers. Included in the background, as per his practice, are local decorative arts, patterns, and even vegetation including “okra, brought first to the island from Africa, and sugarcane, a food product that was broadly exploited as a cash crop during slavery.” 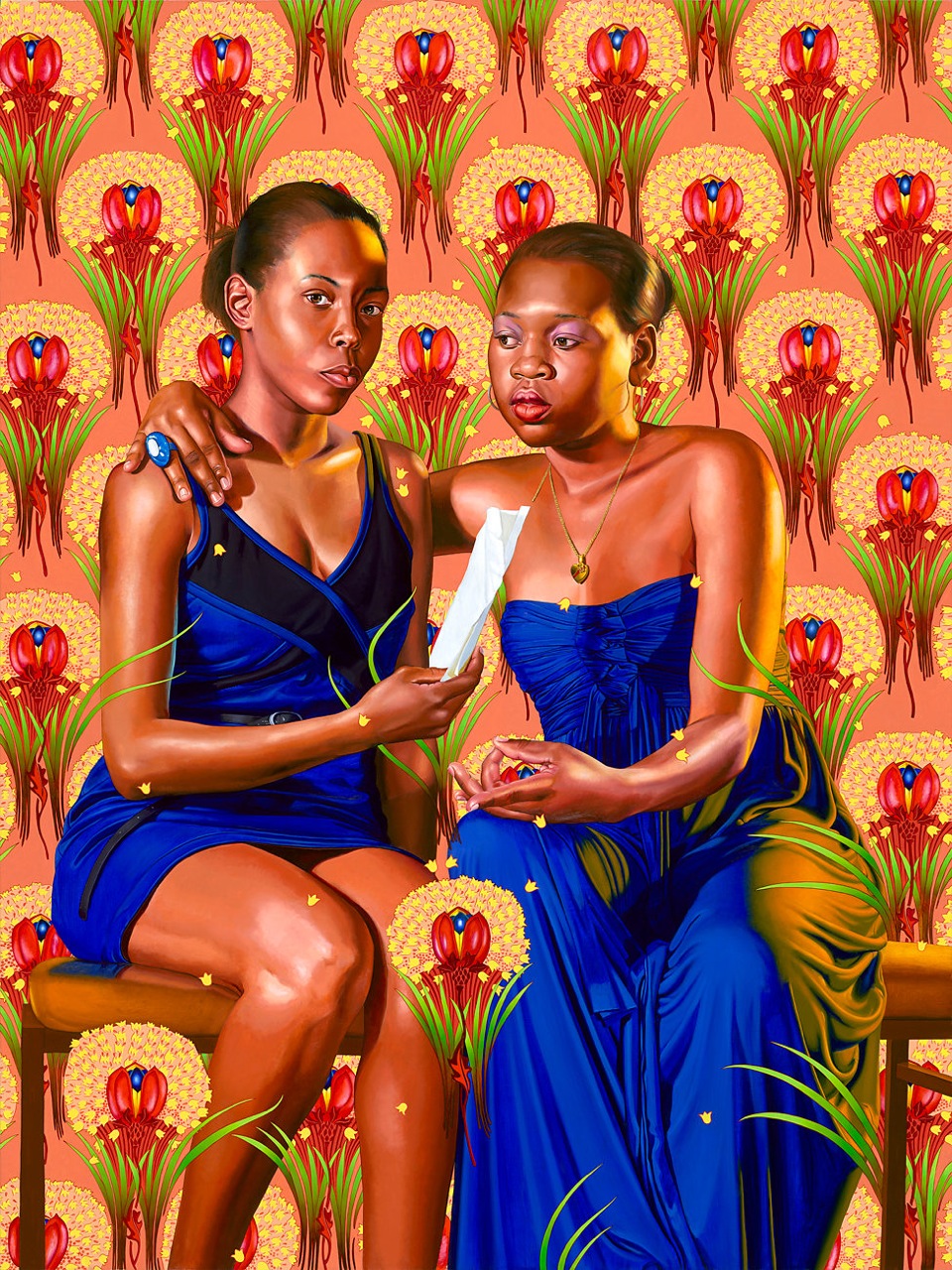 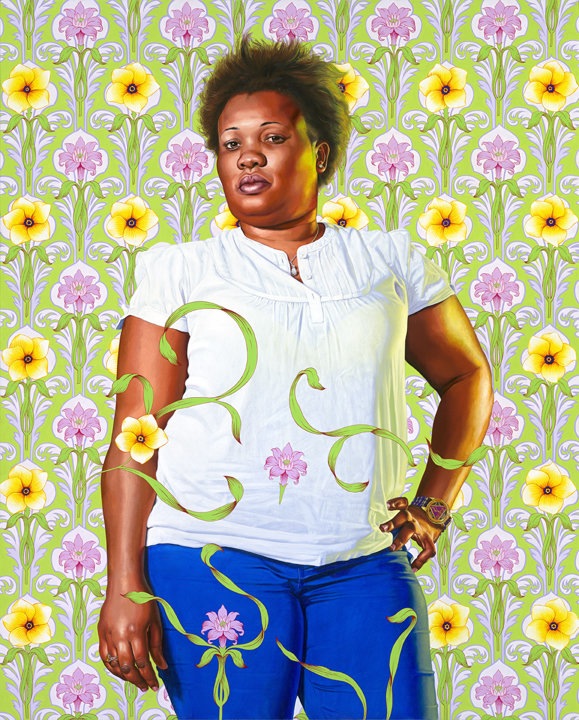 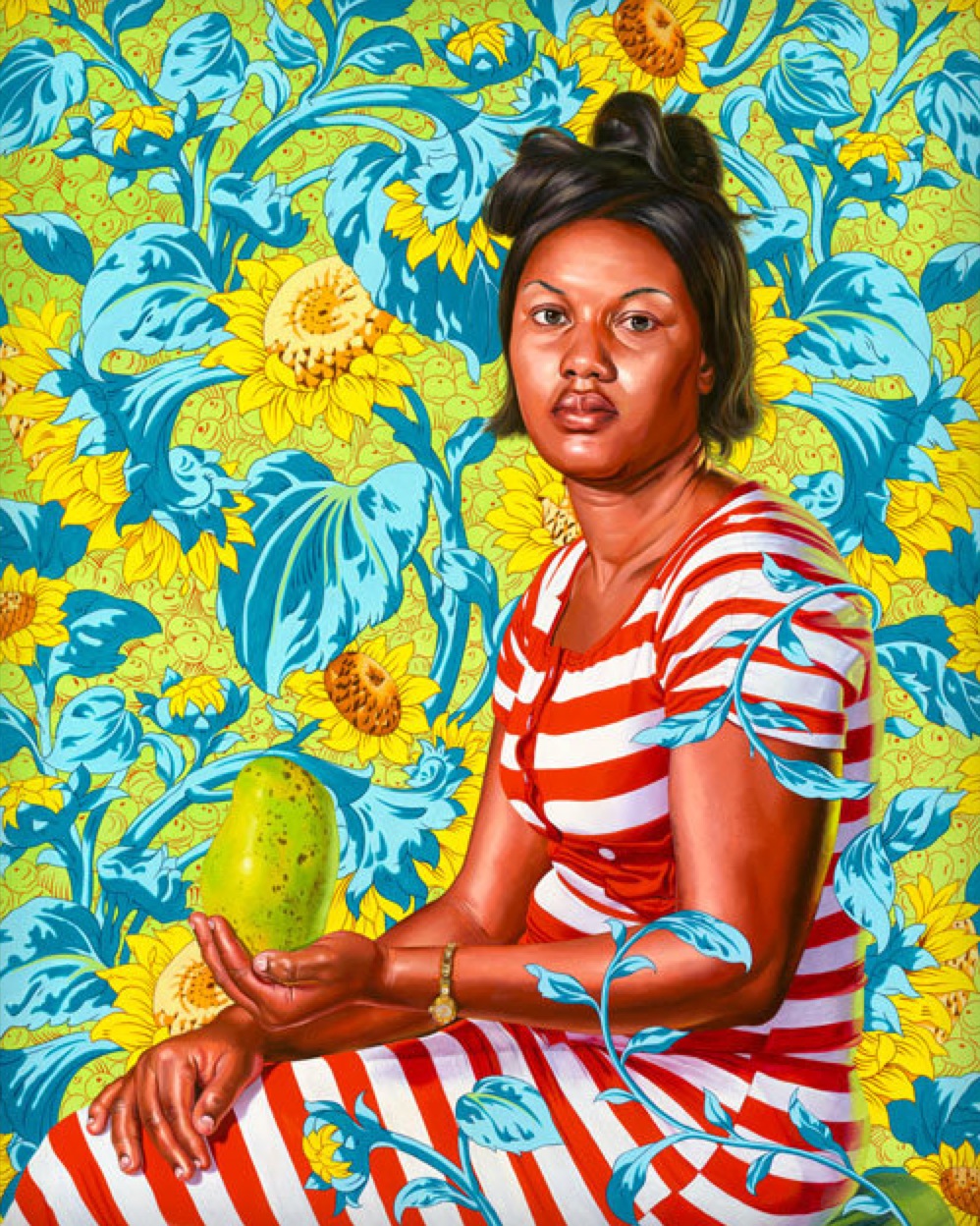