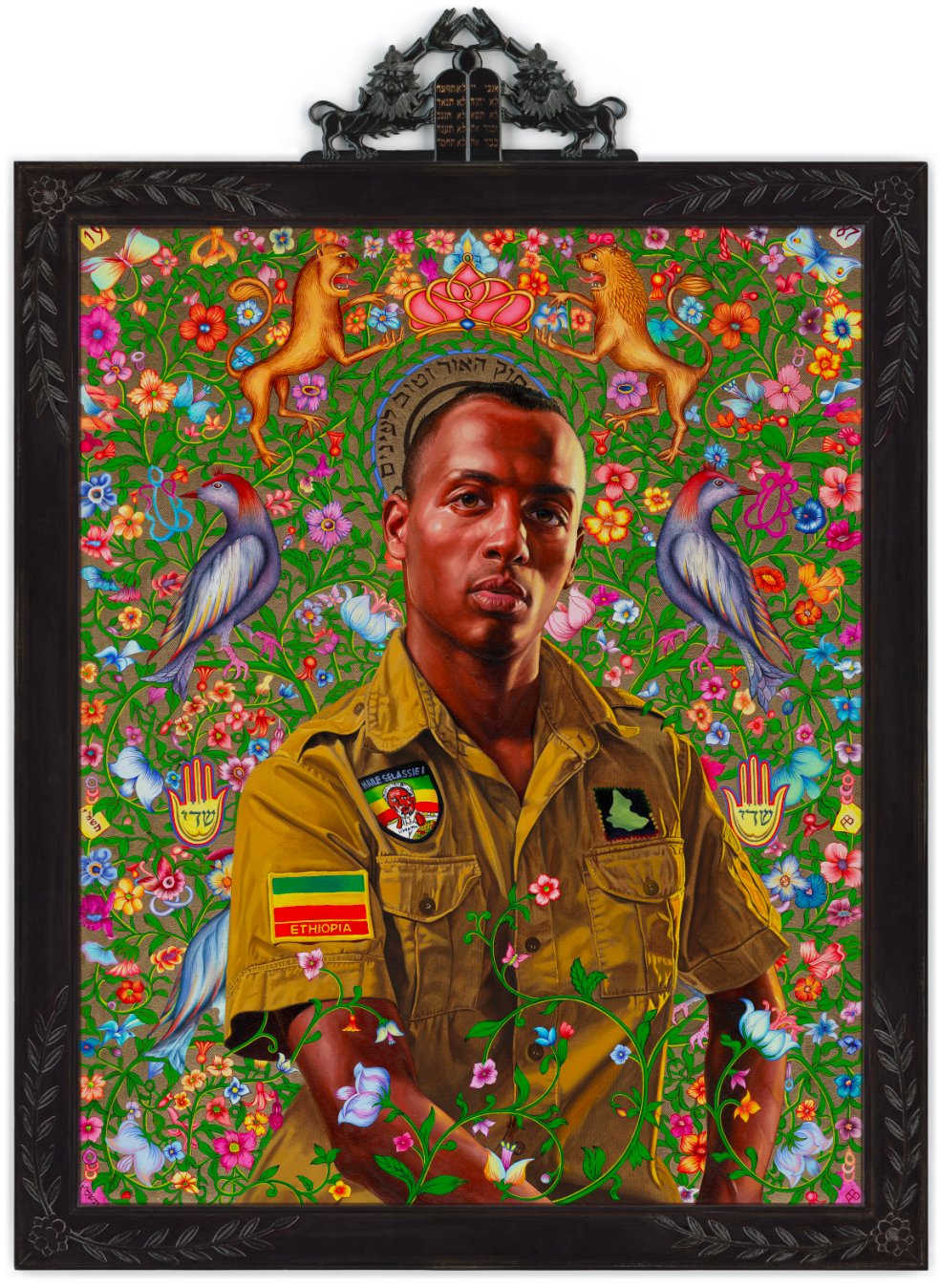 In the latest installment of Kehinde Wiley’s The World Stage series, the first since showing his India-Sri Lanka collection last year with Rhona Hoffman Gallery, some of which were exhibited at the gallery’s booth during Art Basel Miami, the New York-based artist has trained his provocative sights on Israel for his newest body of work. Opening Saturday, April 9th at Roberts & Tilton, the Los Angeles site of The World Stage: Brazil back in 2009, The World Stage: Israel will incorporate the historically rich and politically dynamic Middle East culture into his ever-evolving narrative on globalization and spirituality. Remixing compositions and poses of the old masters in a modern context, this new series of paintings and works on paper will continue to exemplify the emergent patterns – “such as ways of dressing, patterns of speech, a type of post-black urban sensibility that supersedes race, that supersedes tribal group” – at the core of The World Stage project.

A 64-page catalog will also be produced to commemorate the exhibition and is currently available for preorder here. Also, for those interested in something more in-depth, Wiley will be speaking at the LACMA on April 7th.

Preview video after the jump…