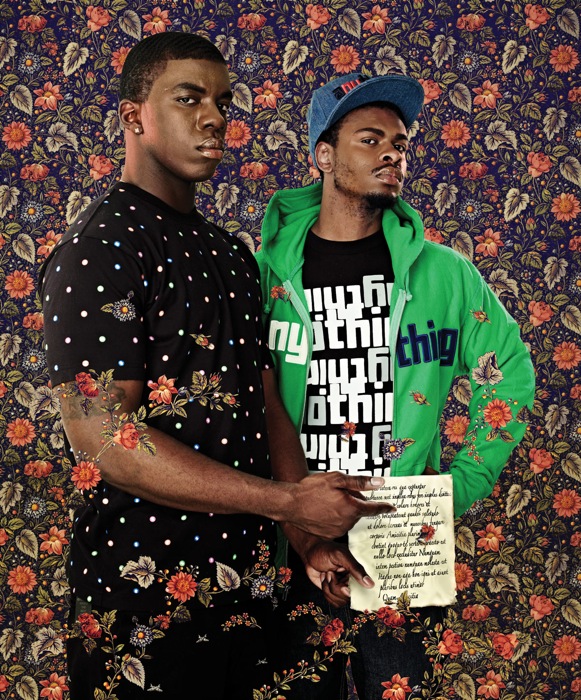 As seen with his lecture at The Getty in May (followed by his show at Roberts & Tilton), taking these photos of subjects off the street is the first step of his portraiture technique.Â  It appears the intricate patterns, textiles, and backgrounds are then added digitally before the painting process begins.Â  More images from the book after the jump. 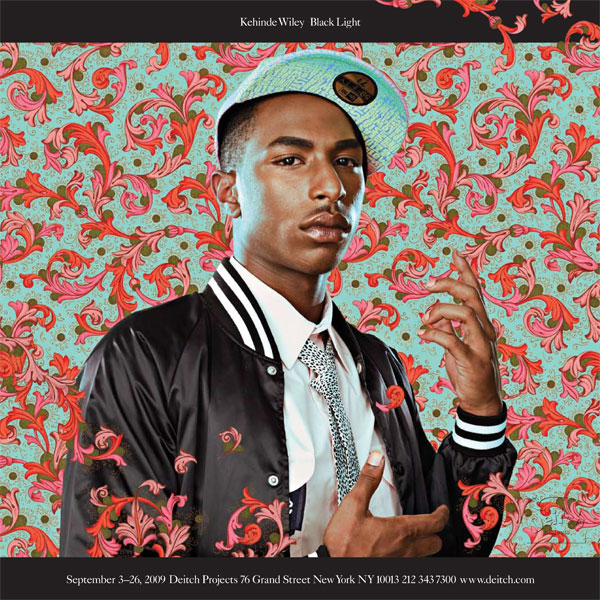