On the 10th of October, Ruttkowski;68 in Cologne, Germany opened a new solo show by American artist, Andrew Schoultz. Titled Broken Order, this show includes all new works which introduce a slight new direction for the artist. Aside from his familiar illustrative elements and signature imagery, the new paintings include geo and op art objects, which was further emphasized through a specific install painted in the gallery space.

The Los  Angeles-based artist is known for large murals, installations, paintings and drawings, all created using his meticulous line work and heavy layering. By using such technique and mixing mediums, often using shredded bank notes as collage, Schoultz creates complex imagery on the verge of controlled visual chaos. His works are often commentary on political or environmental issues, international relations, and the new body of work is strongly focused on similar subject matter. For his first solo with the gallery, the artist decided to tackle the issue of modern day media, and the ways information is disseminated. He believes that the truth is out there, but broken into pieces and delivered through different channels, so it takes effort to see through all those parts in order to see it as a whole. In the same way, his newer works appear shredded and distorted, giving observer a chance to put the pieces back together in order to discover multiple images within one piece. 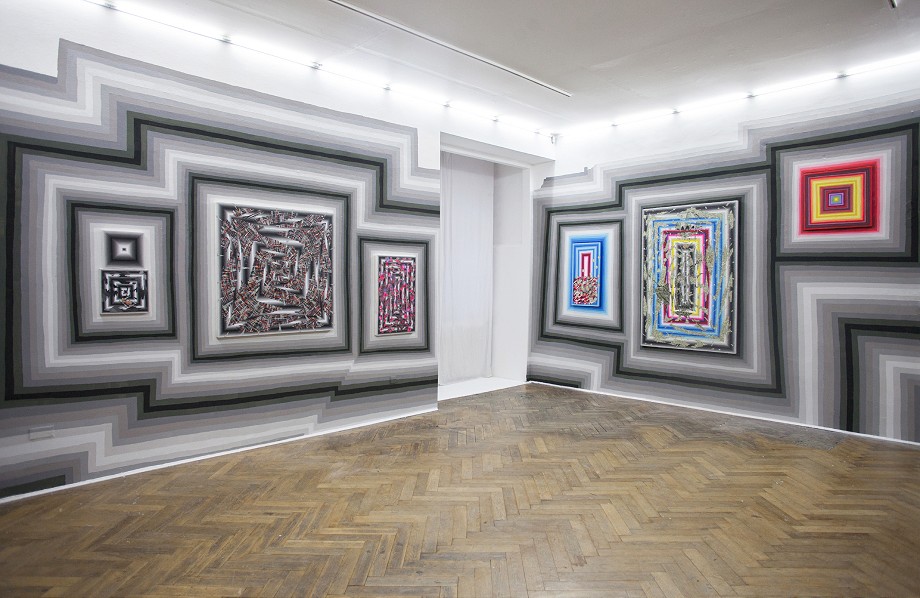 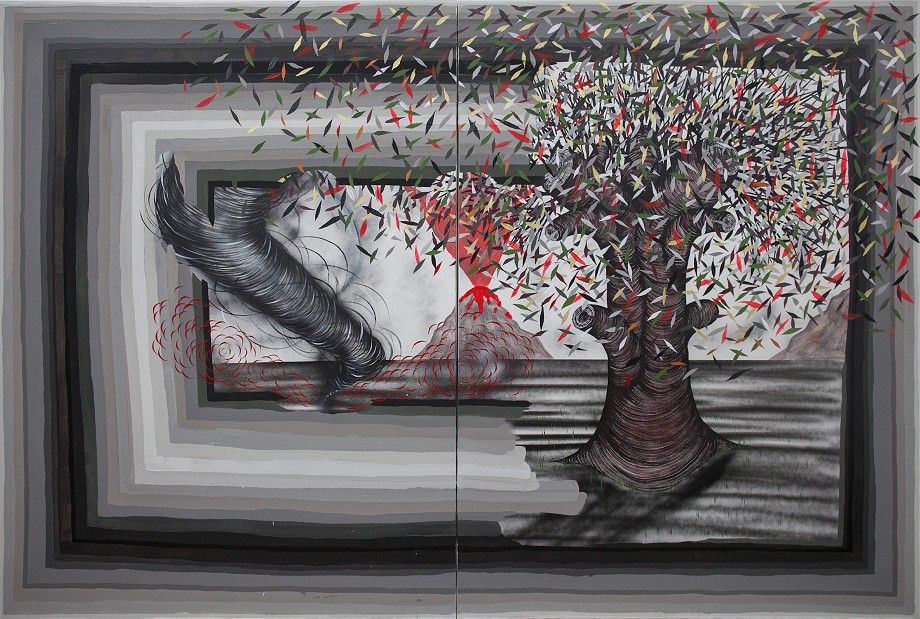 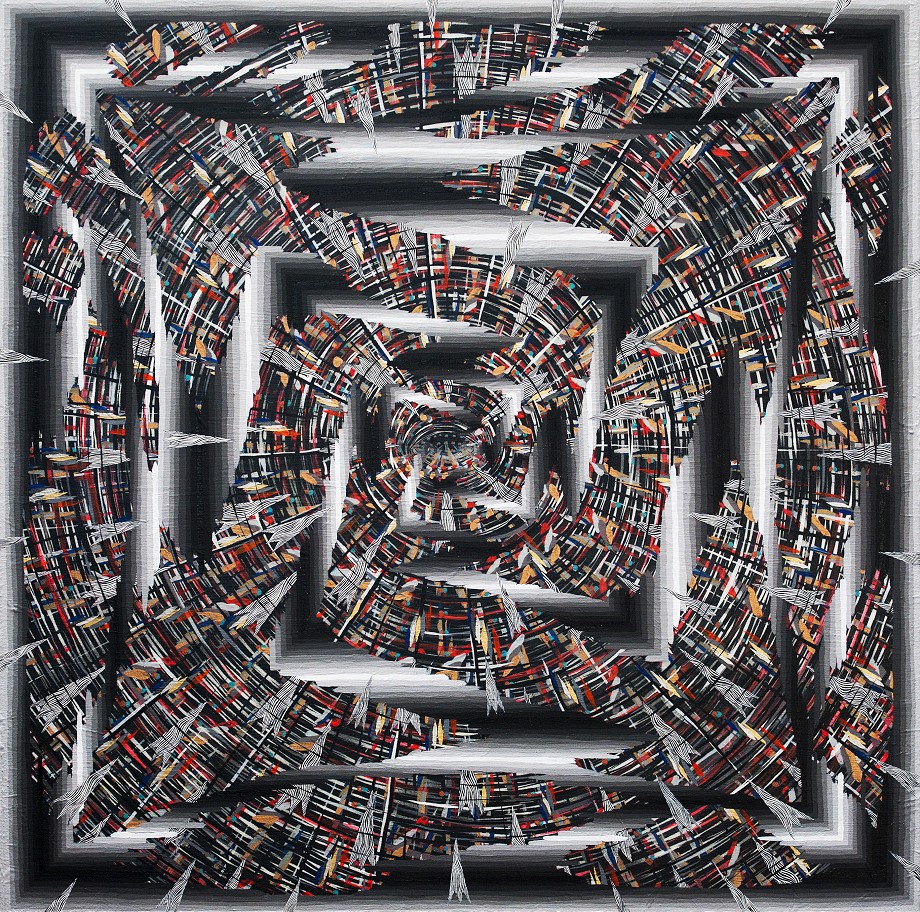 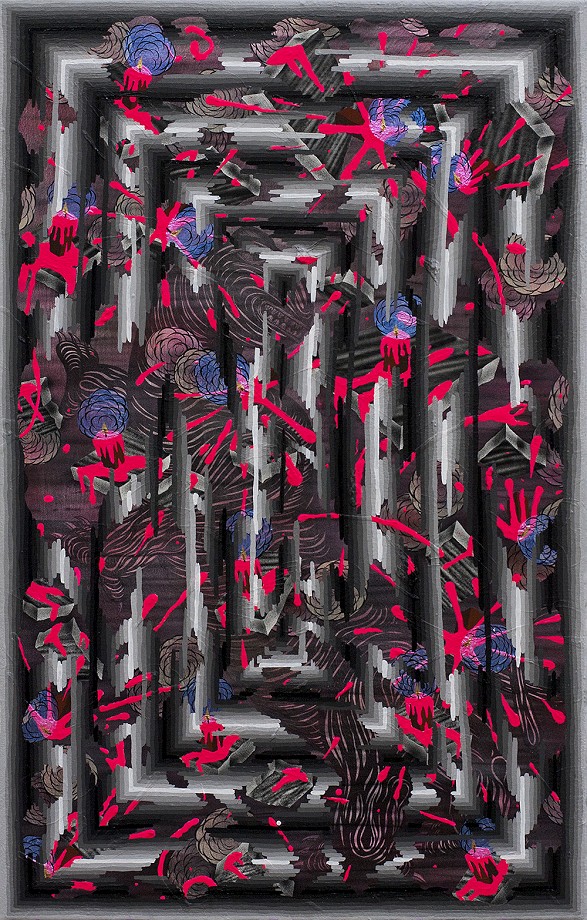 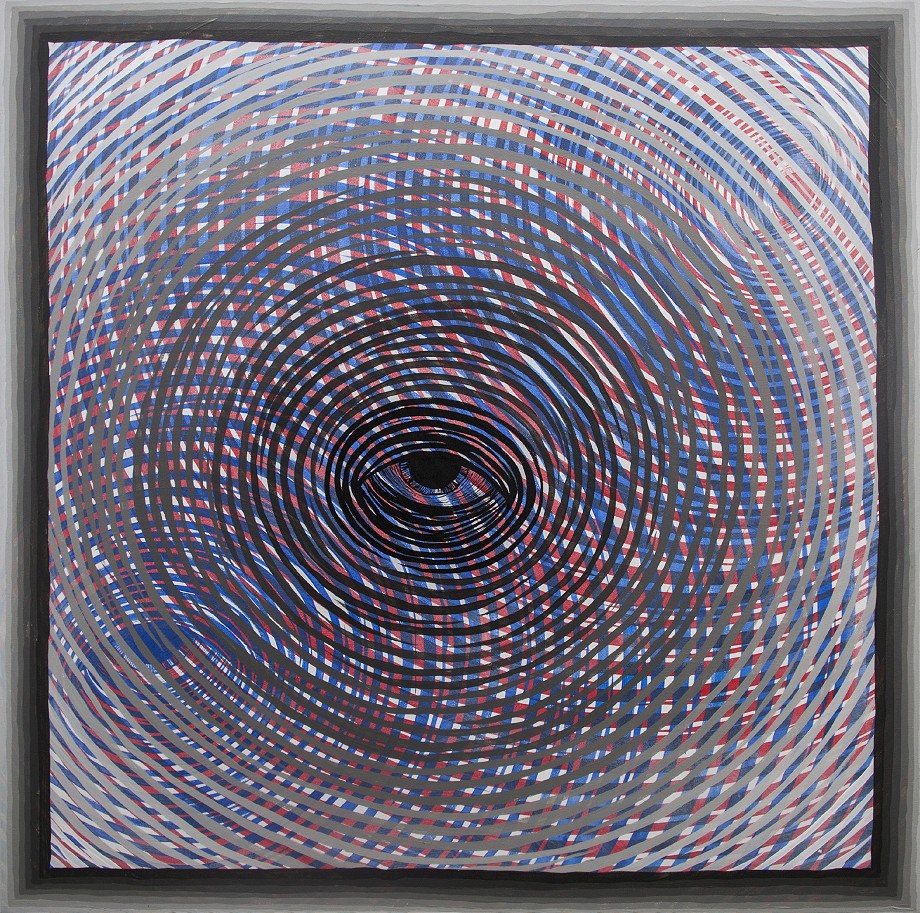 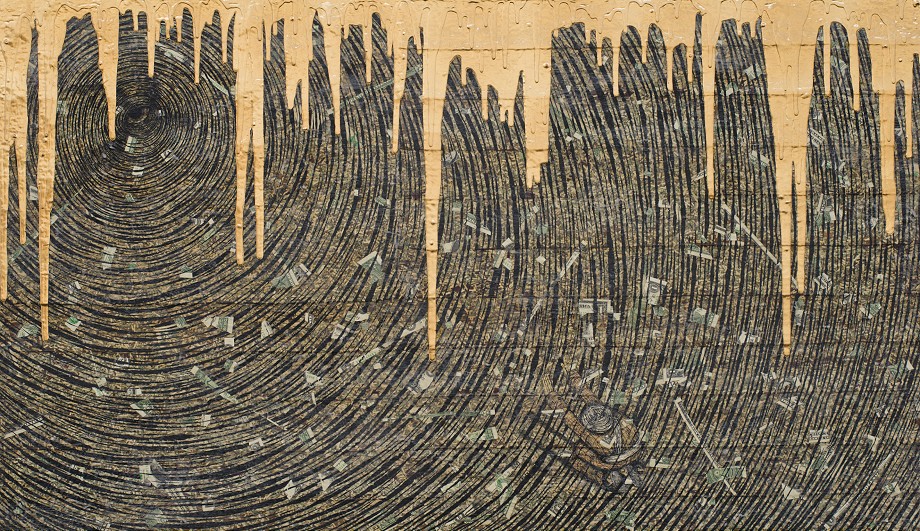 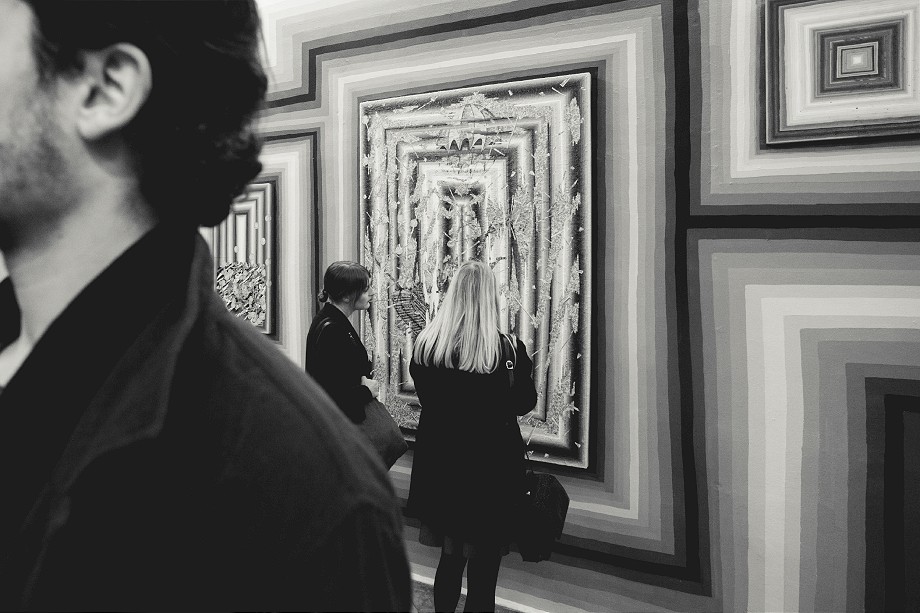 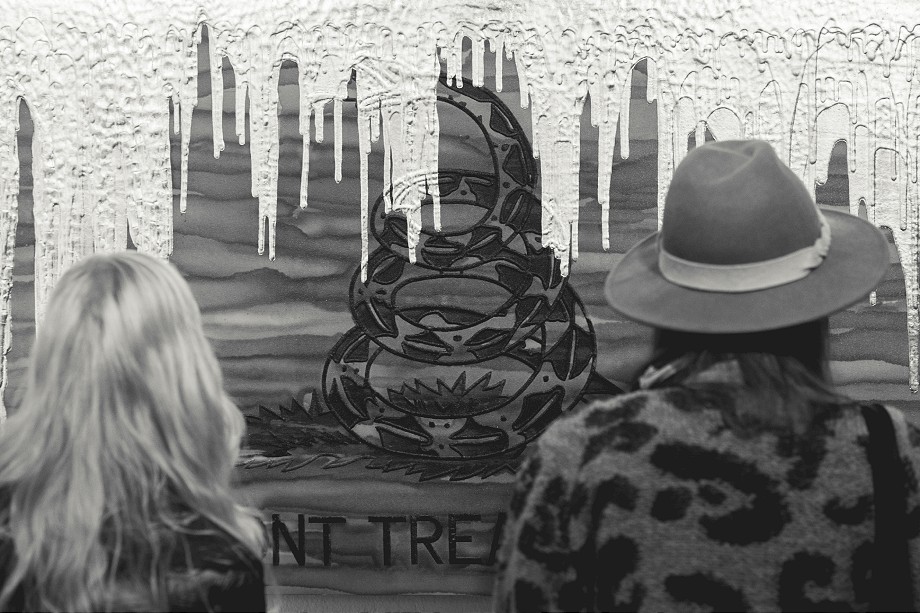