At the end of last month, the Library Street Collective hosted the opening of Dave Kinsey’s (featured) new show entitled Cushion of Memory. Moving somewhat away from the distorted human faces and forms as well as his signature palette anchored in reds, the artist based in the mountains north of Los Angeles has created a triumphant new body of works. Pulling textures, tones, and patterns from the surrounding environment (trees, plants, rocks, the sky), and utilizing a cooler colors, the new pieces feature abstract fragments of Kinsey’s memories that form centerpieces, some on pedestals, that are the focus of each painting. 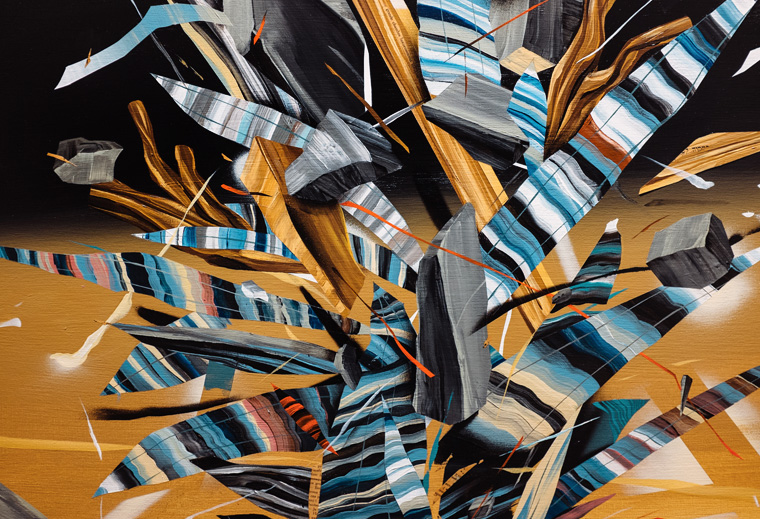 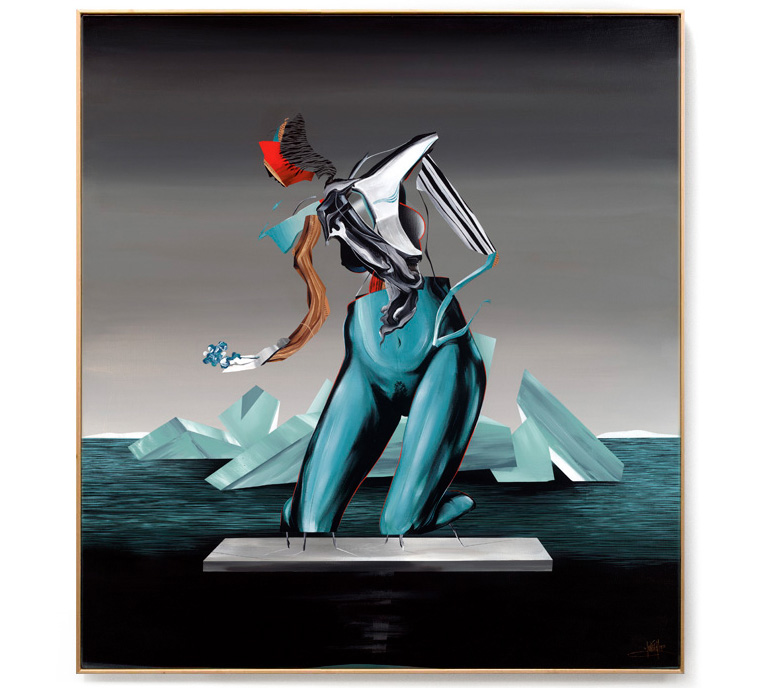 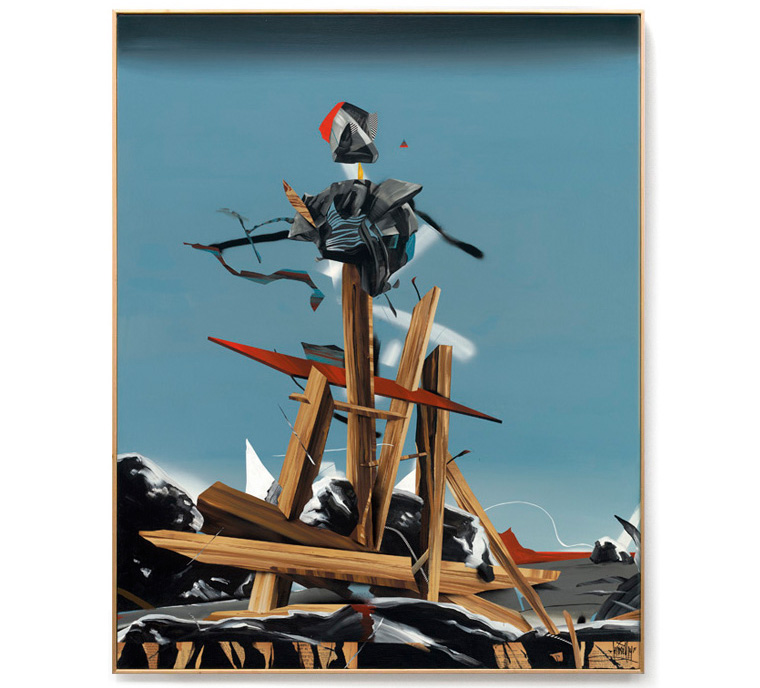 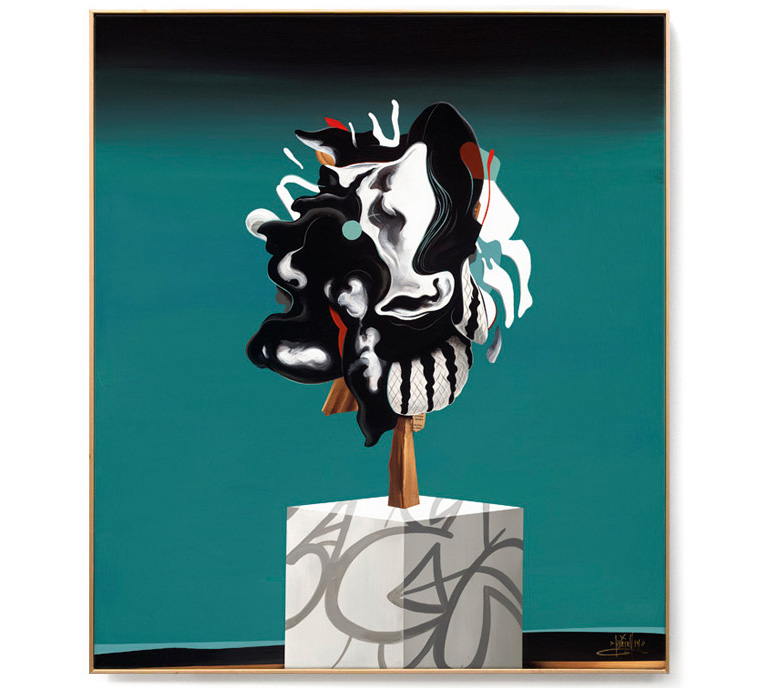 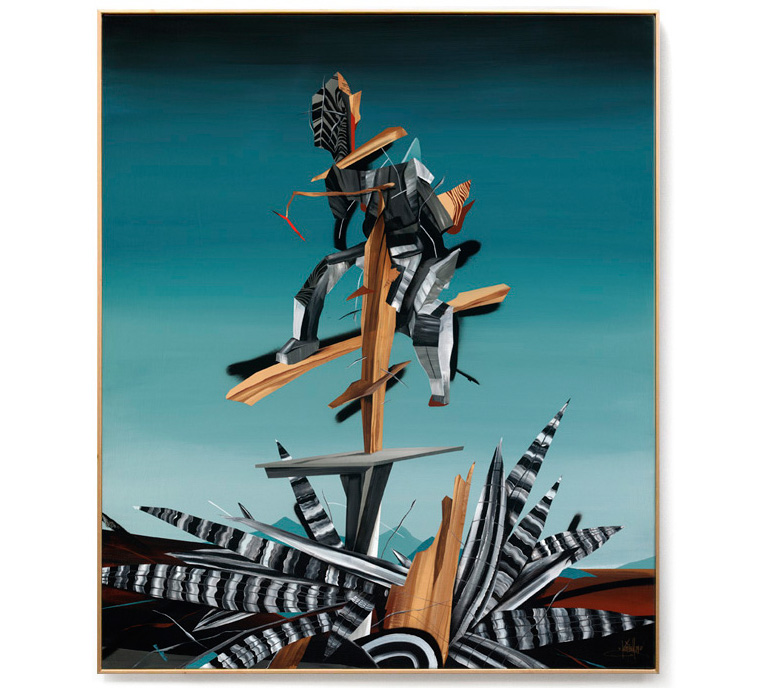 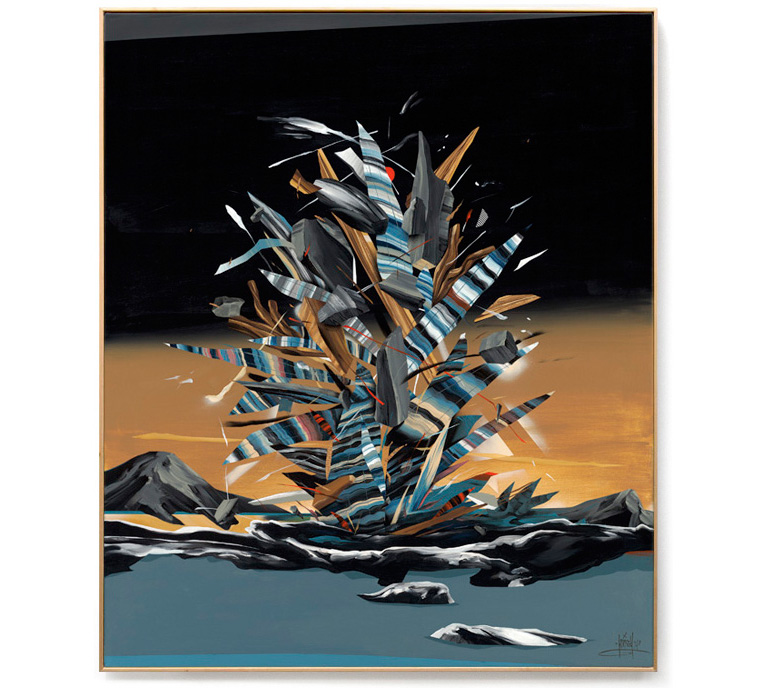 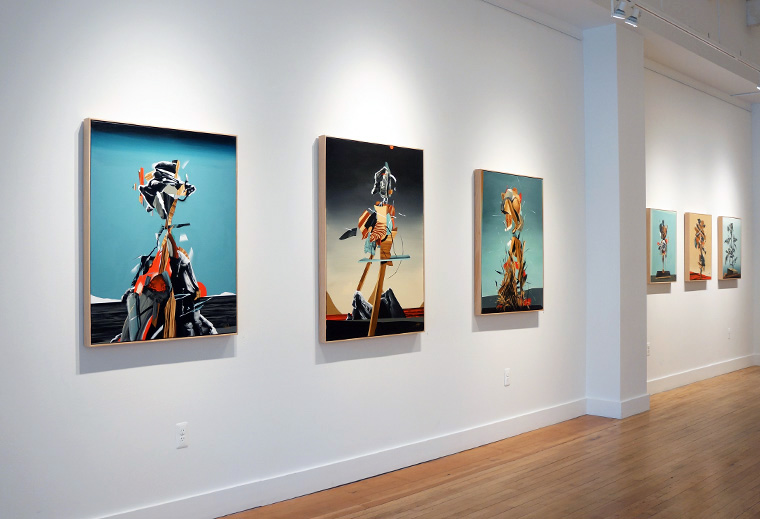 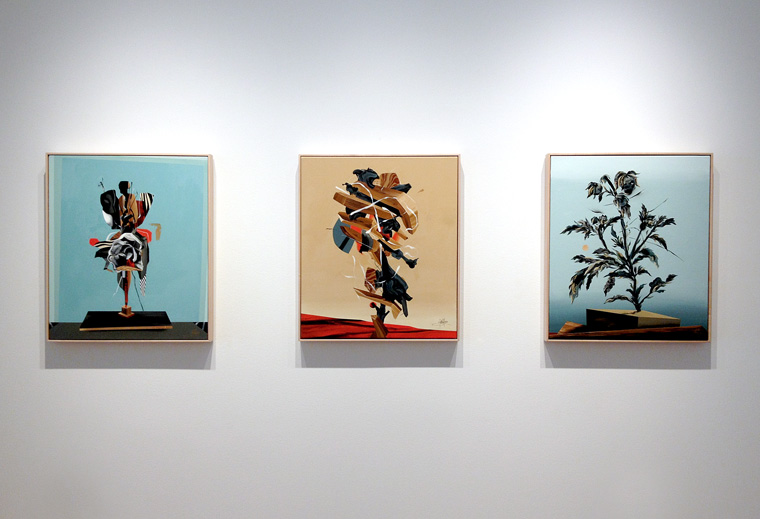