Over the weekend, Fifty24SF hosted the opening for Usugrow’s new solo up in the Bay Area. Featuring his calligraphy on the walls as well in the pieces for sale, Inkflow marks his return to the San Francisco art scene after showing there in 2007 and participating in a group show with his Shinganist crew back in 2009 (covered). The Japanese artist was also on hand to sign a new book titled USUGROW: Works 2007-2013 in association with Upper Playground. 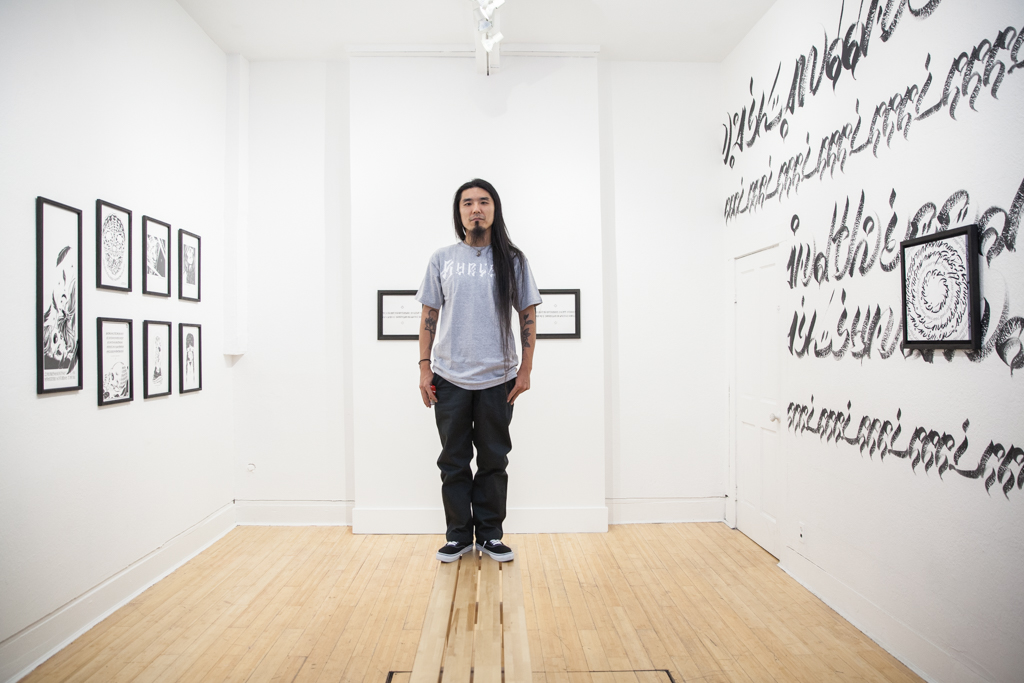 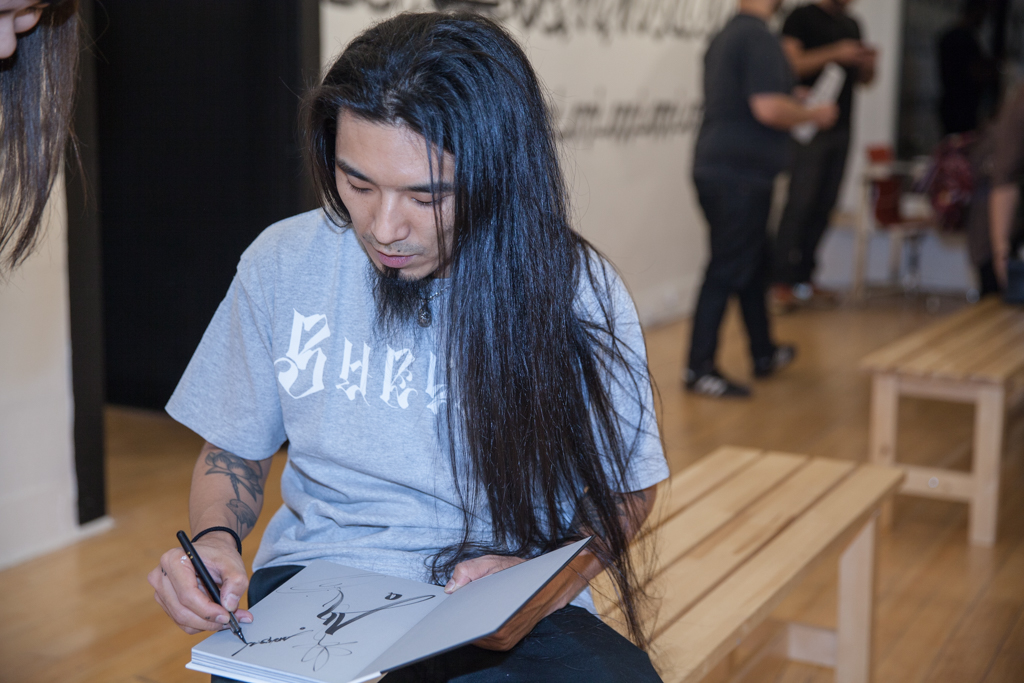 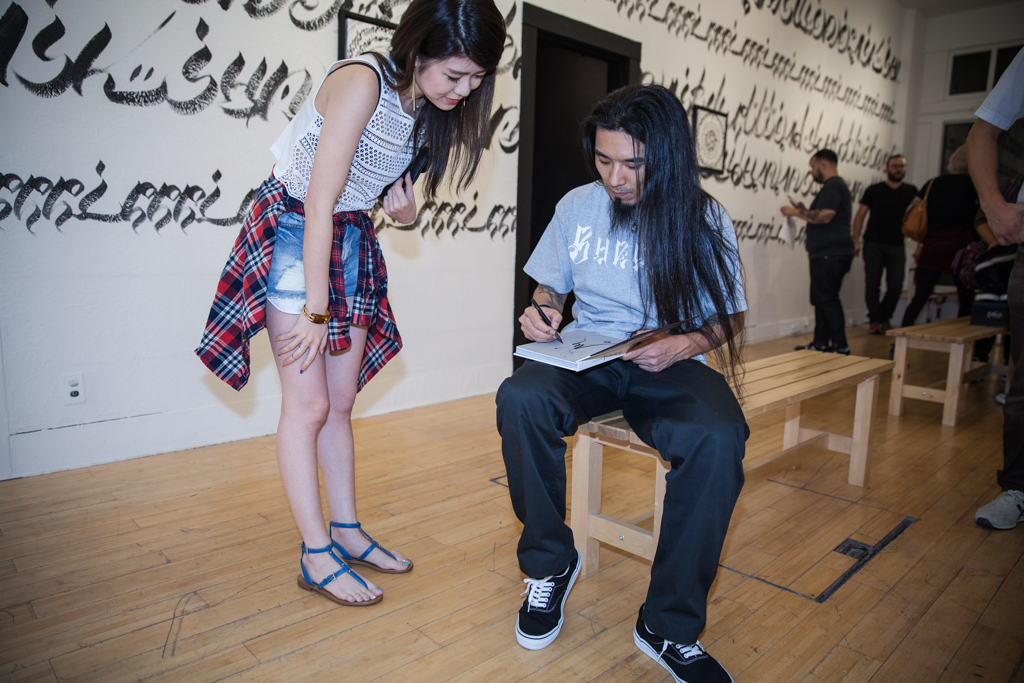 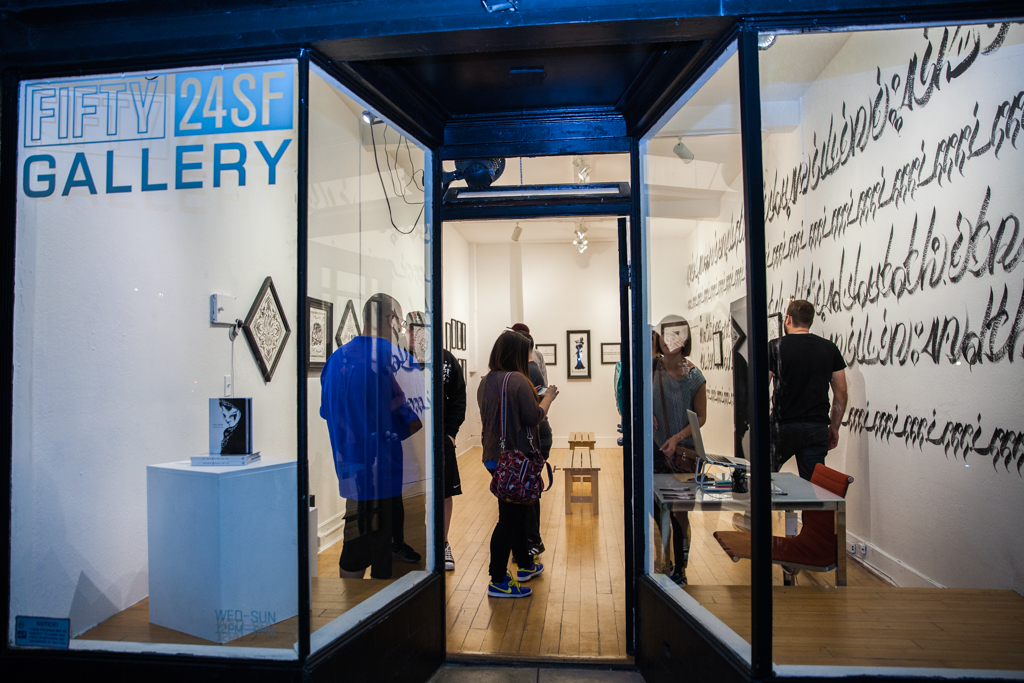 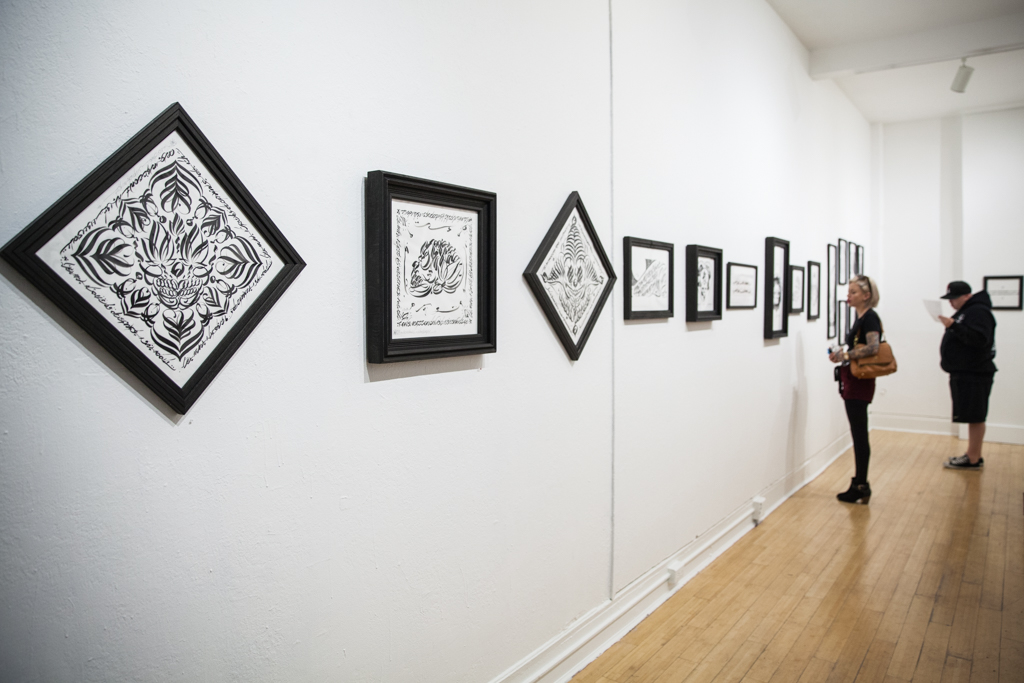 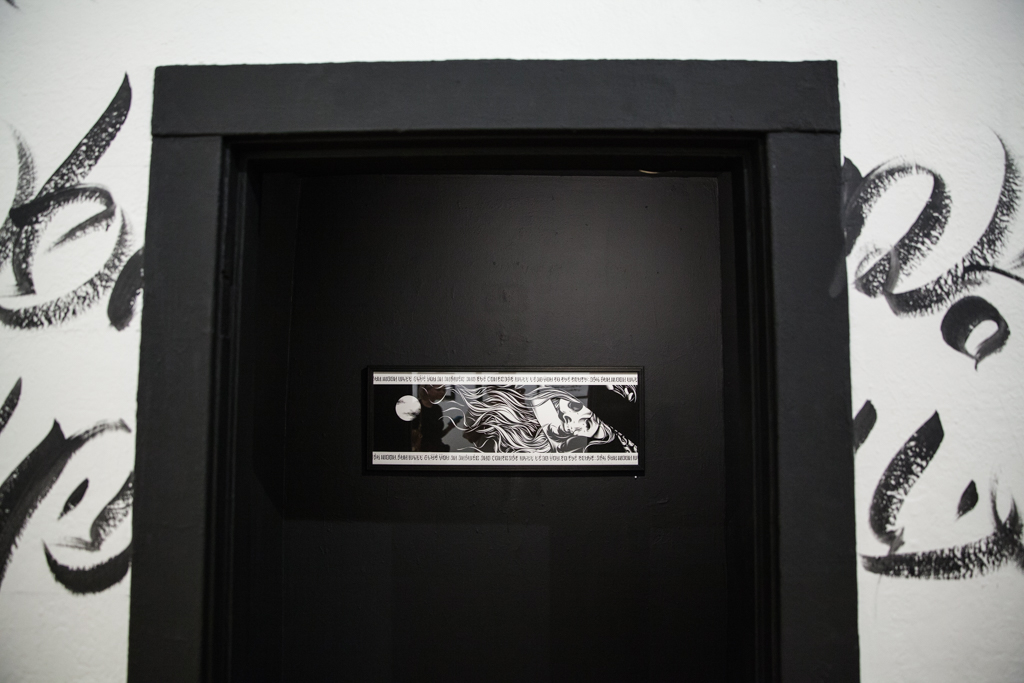 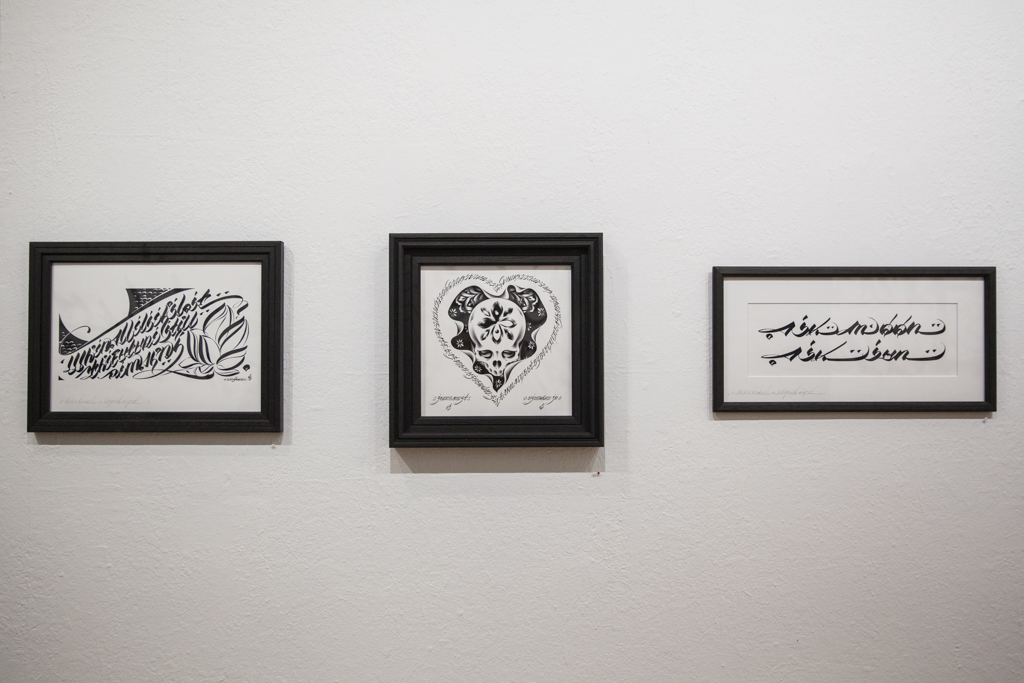 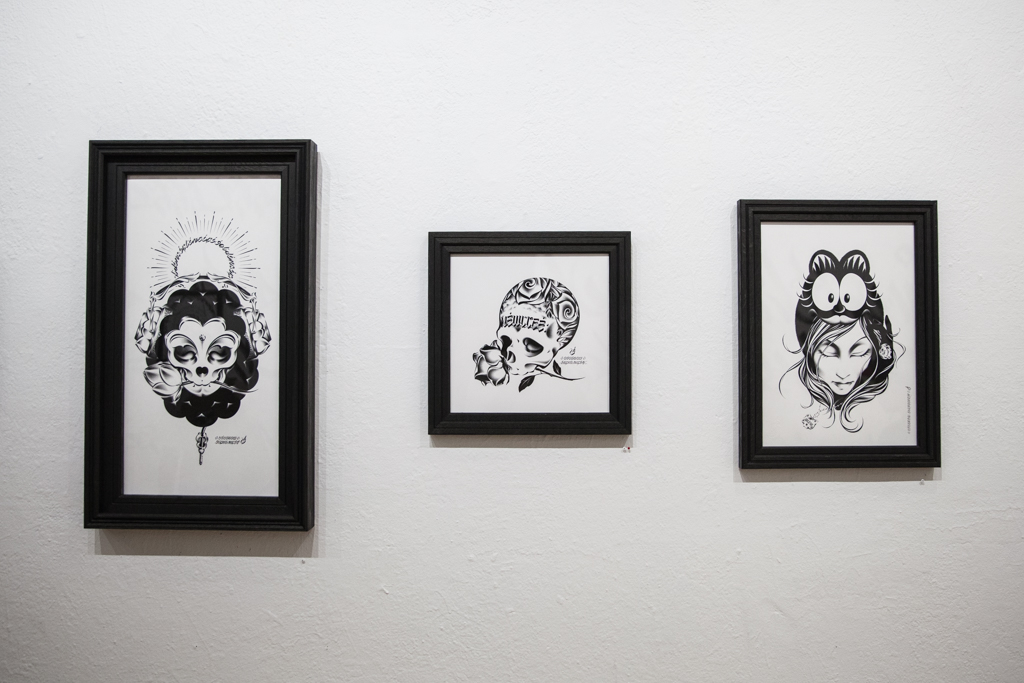