On 26th of November, Galeria Javier Lopez in Madrid will open a solo show by legendary artist, Phil Frost. Intuitive Mathematics will include all new, previously unseen works that New York-based painter has been working since his last show solo show in 2013.

Frost refers to his works as “intuitive perceptive portraiture” which is where the title of the show was derived. In this case, mathematics is process of layering and multiplying his signature elements, in order to create his iconic imagery. His recognizable aesthetics include layers of flat white mask-like forms that are floating over colorful backgrounds and blending with bold repetitive shapes. This dense repetition of forms and colors results in recognizable patterns that are the essence of his works. We’ve seen those iconic patterns cover canvases, scrap wood, baseball bats, and are looking forward to seeing what they invaded for his first solo show with the gallery. 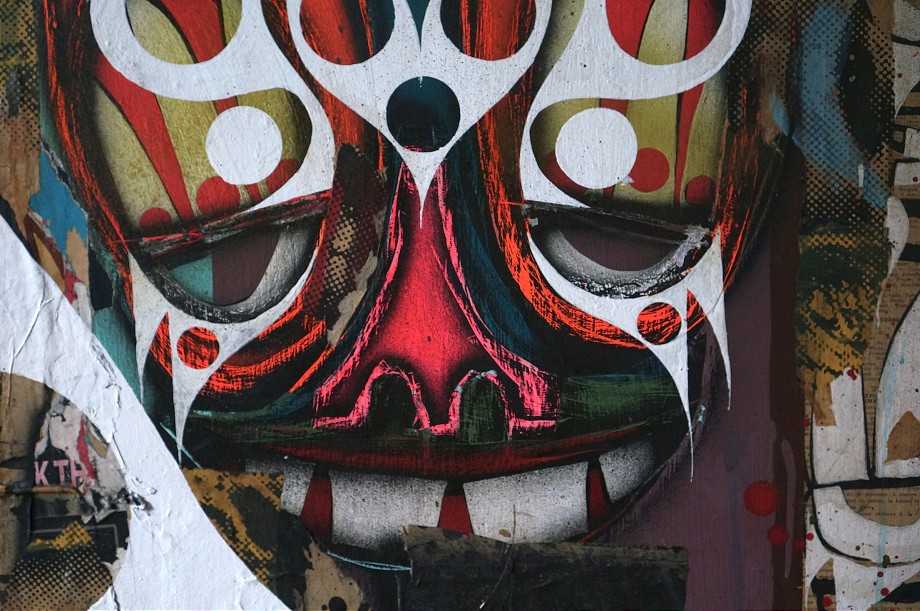 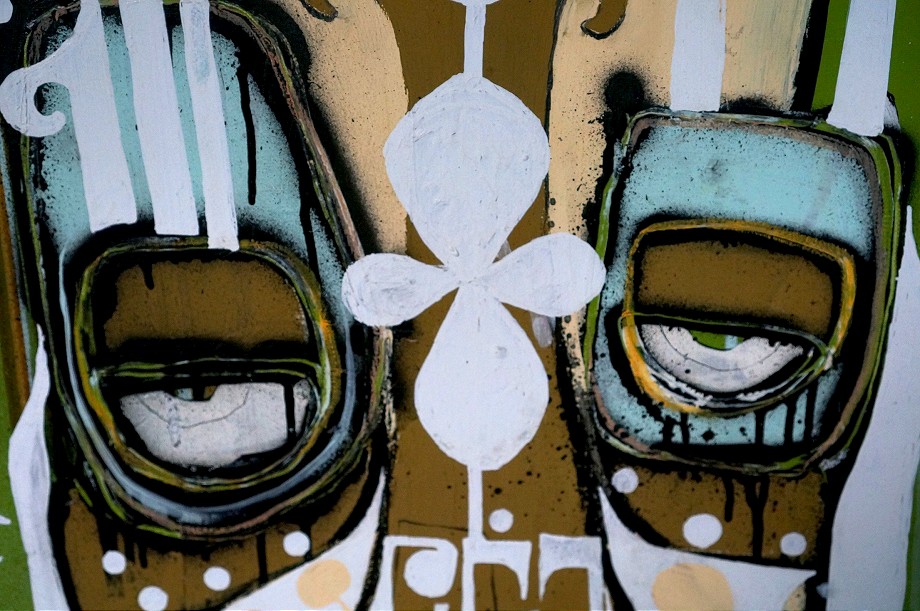