ROA debuted at POW! WOW! Hawaii 2015 (more coverage here) with a double piece painted just outside of Lana Lane studios. Familiar with using architectural elements and obstacles wisely in his work, he made a great use of the corner wall he was painting on.

The creatures of choice for this mural was the nautilus and hermit crab, both native species of the Hawaiian islands. The Belgiun artist said he had a wish to paint a nautilus for a very long time, but until now he was never painting in a part of the world where they live. The final image features the two shellfish embracing eachother in what can be seen as a hug or a fight. Using rollers and spray cans, ROA left a very recognizable mark with this piece in the Kaka’ako district. After Hawaii, he’s is heading to NYC to start working on his upcoming solo show there. 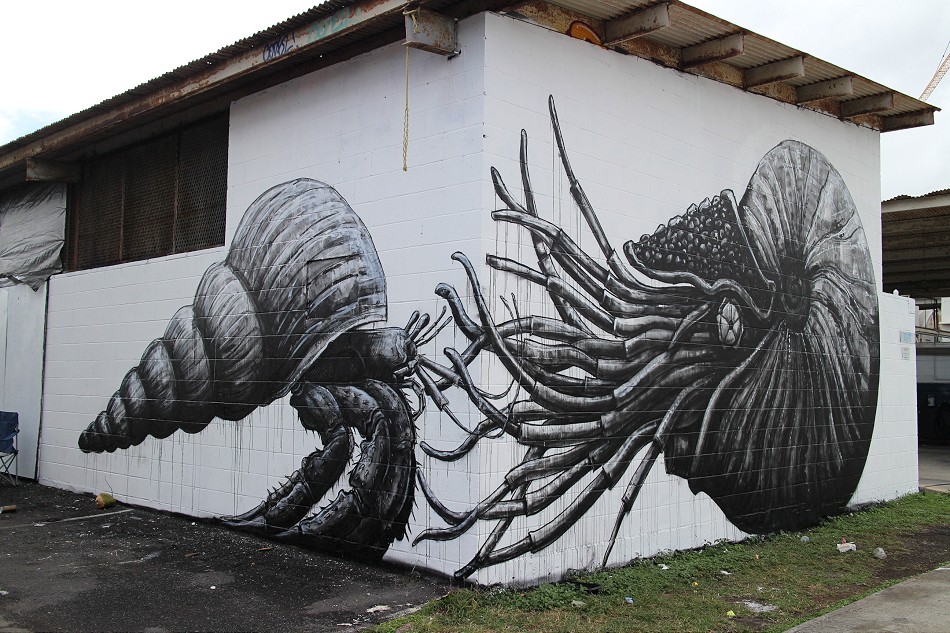 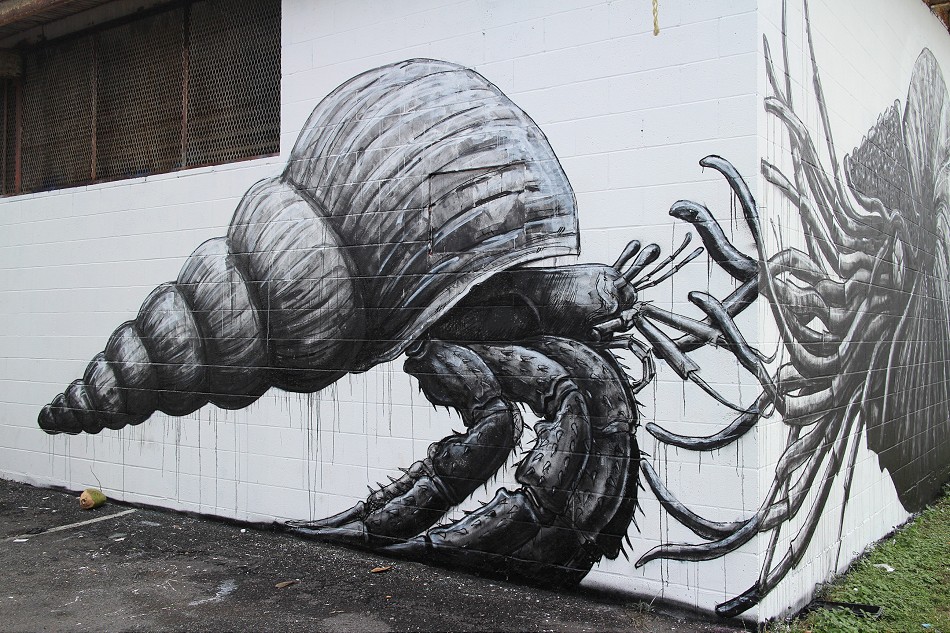 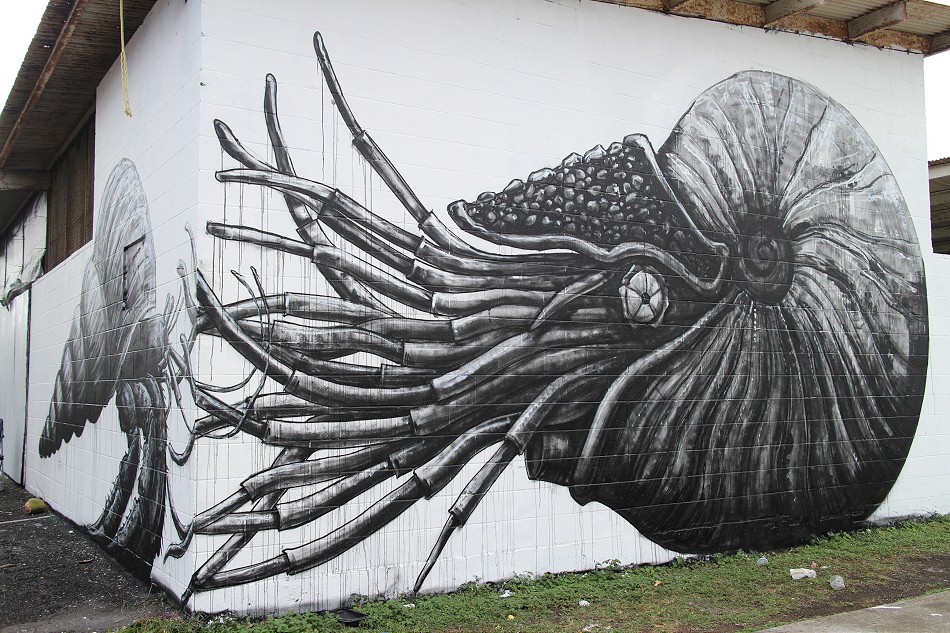 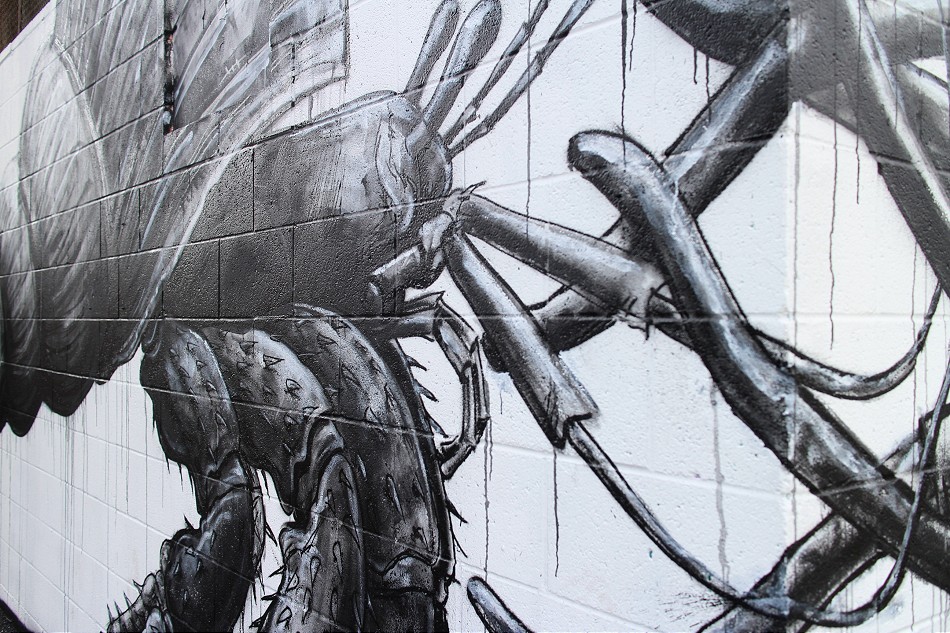 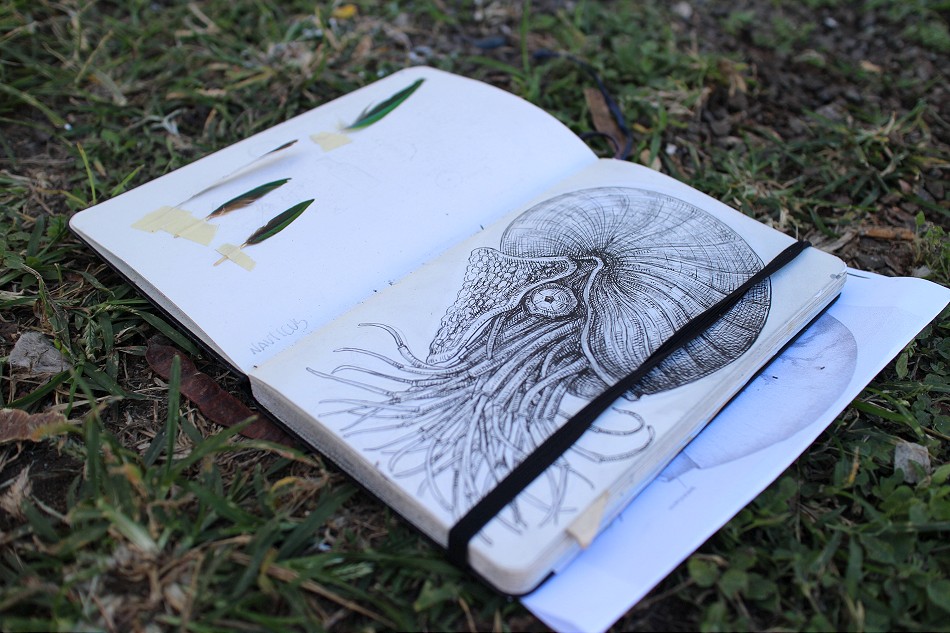 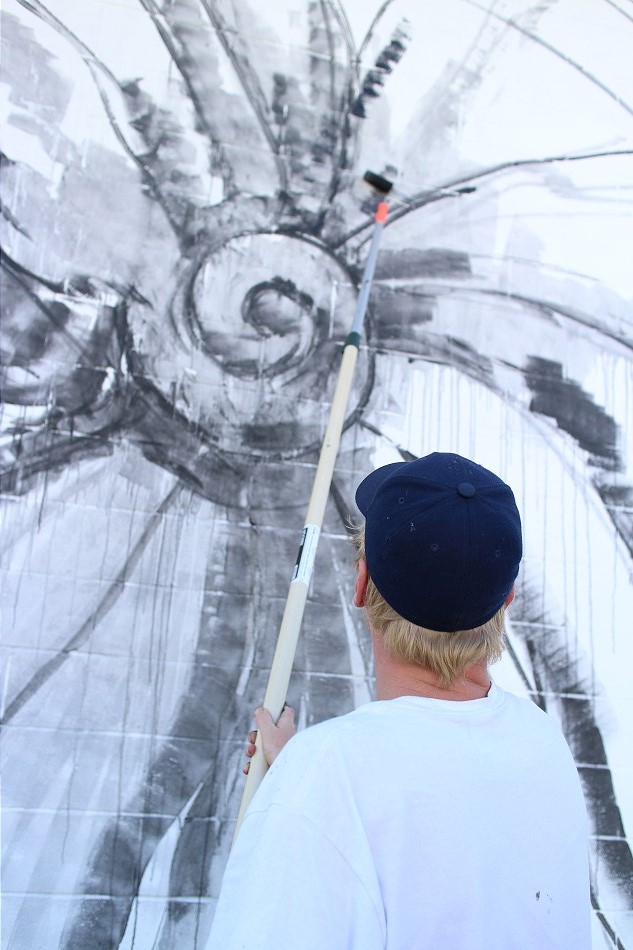