While preparing for his next big solo at Gallery Wendi Norris in San Francisco, Tomokazu Matsuyama (interviewed) recently hosted a studio visit from prolific art patron Swizz Beatz. While one of the pieces glimpsed in the New York-based artist’s workspace will end up in the record producer’s collection, the photos sent us reveals some of what Matzu has been working on for Come with me, his planned third solo with the Bay Area gallery. The exhibition opening on March 12th will feature paintings rendered in his signature aesthetic as well as debut a new series of steel sculptures. 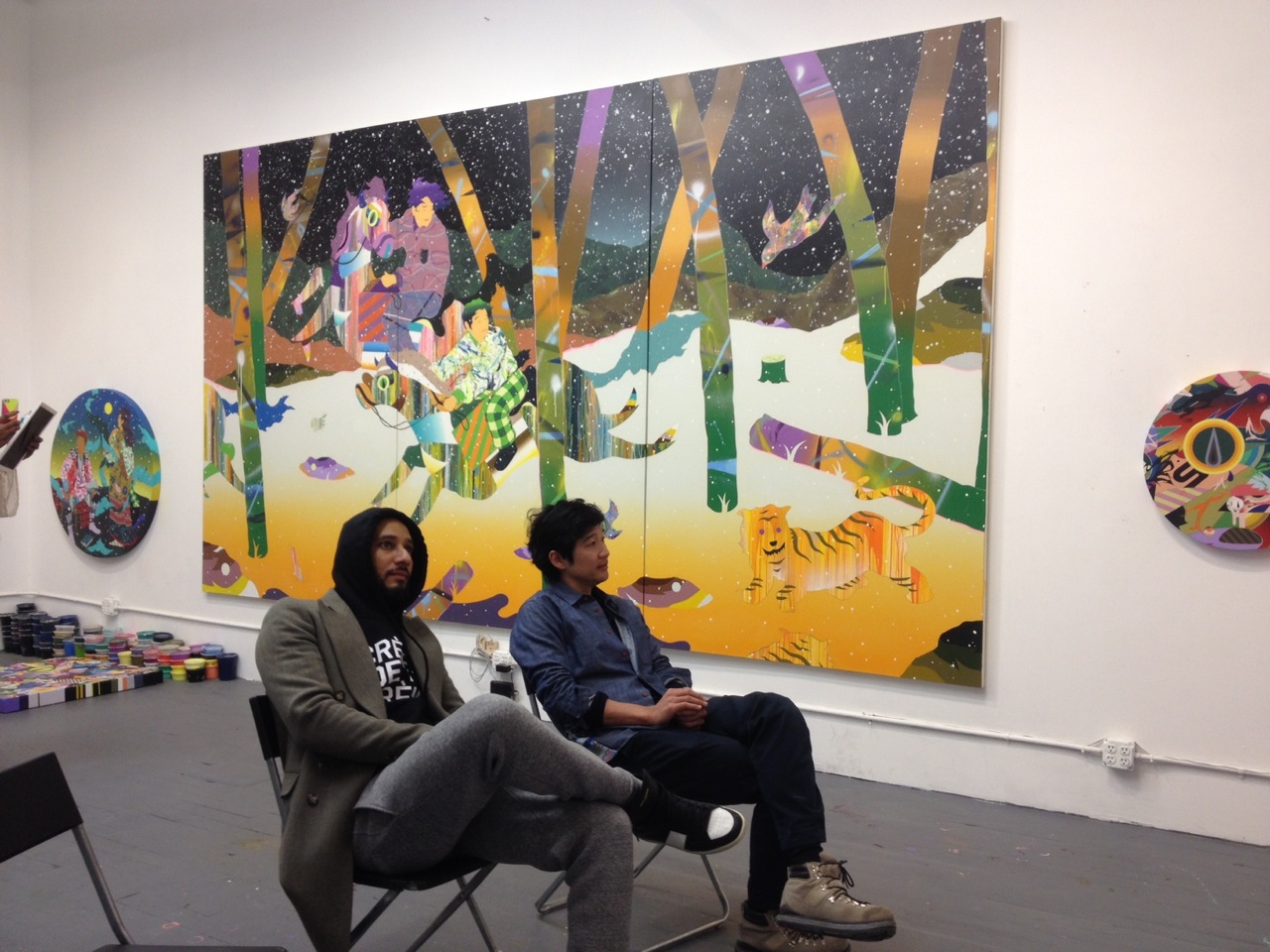 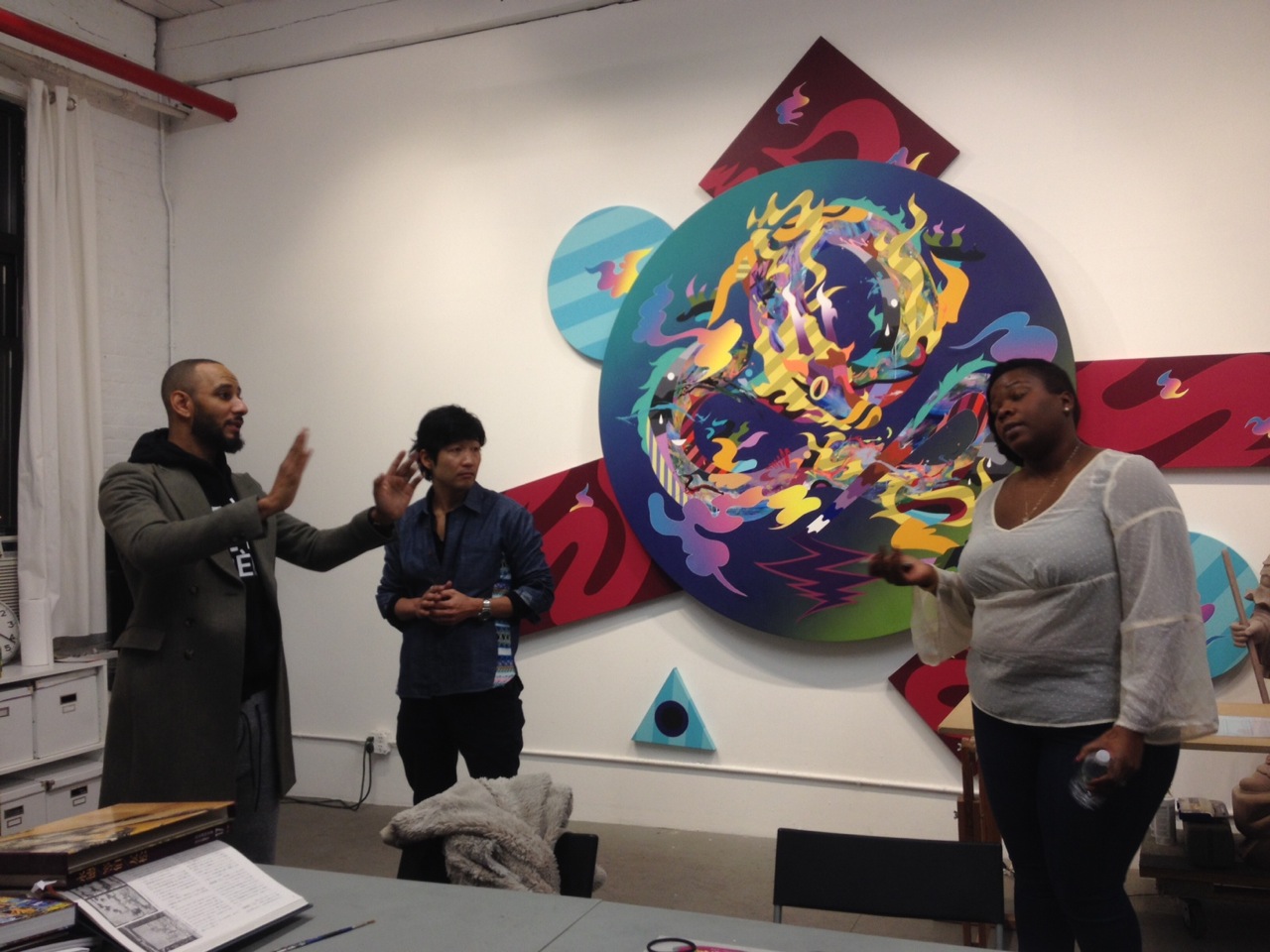 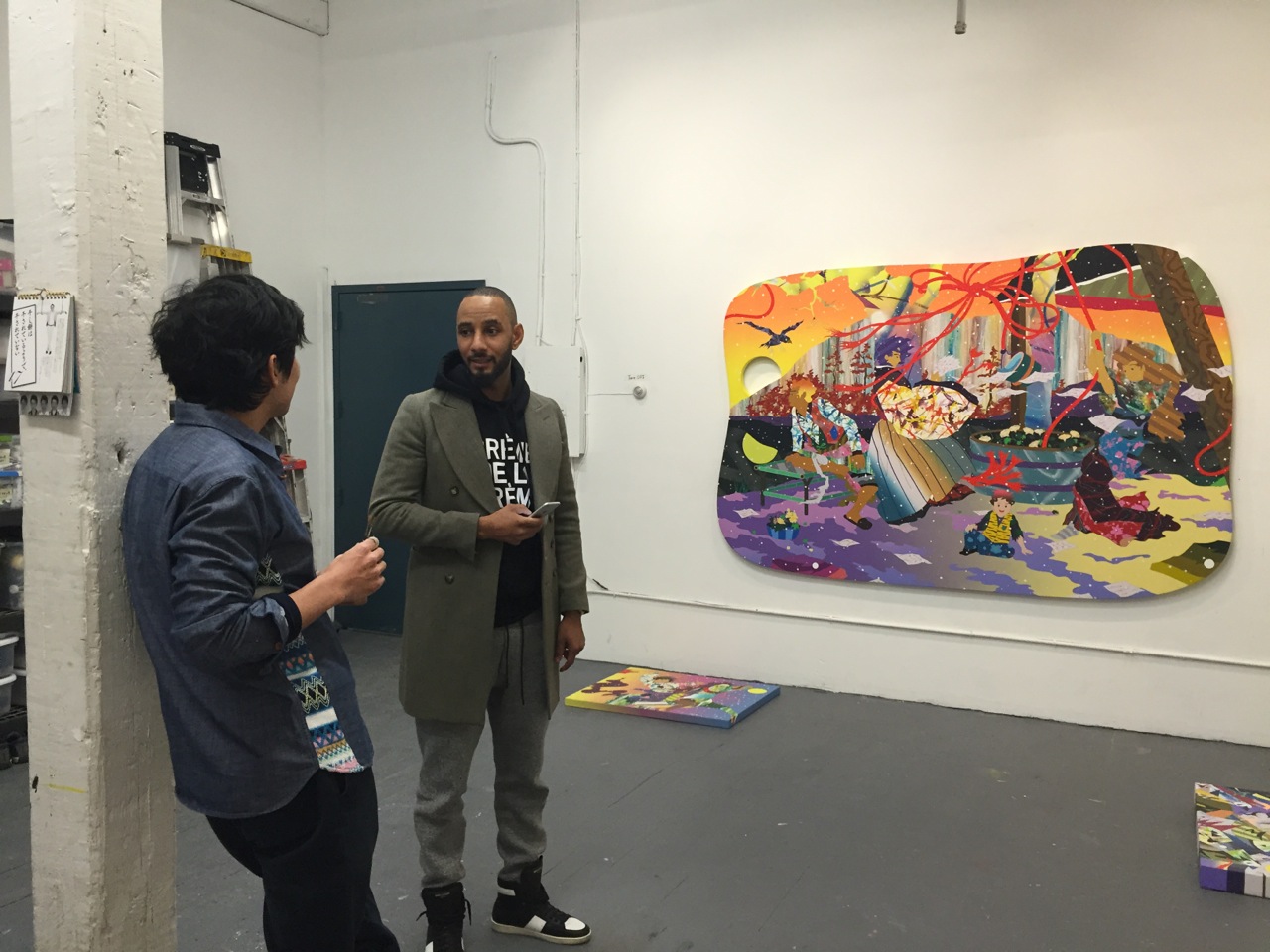 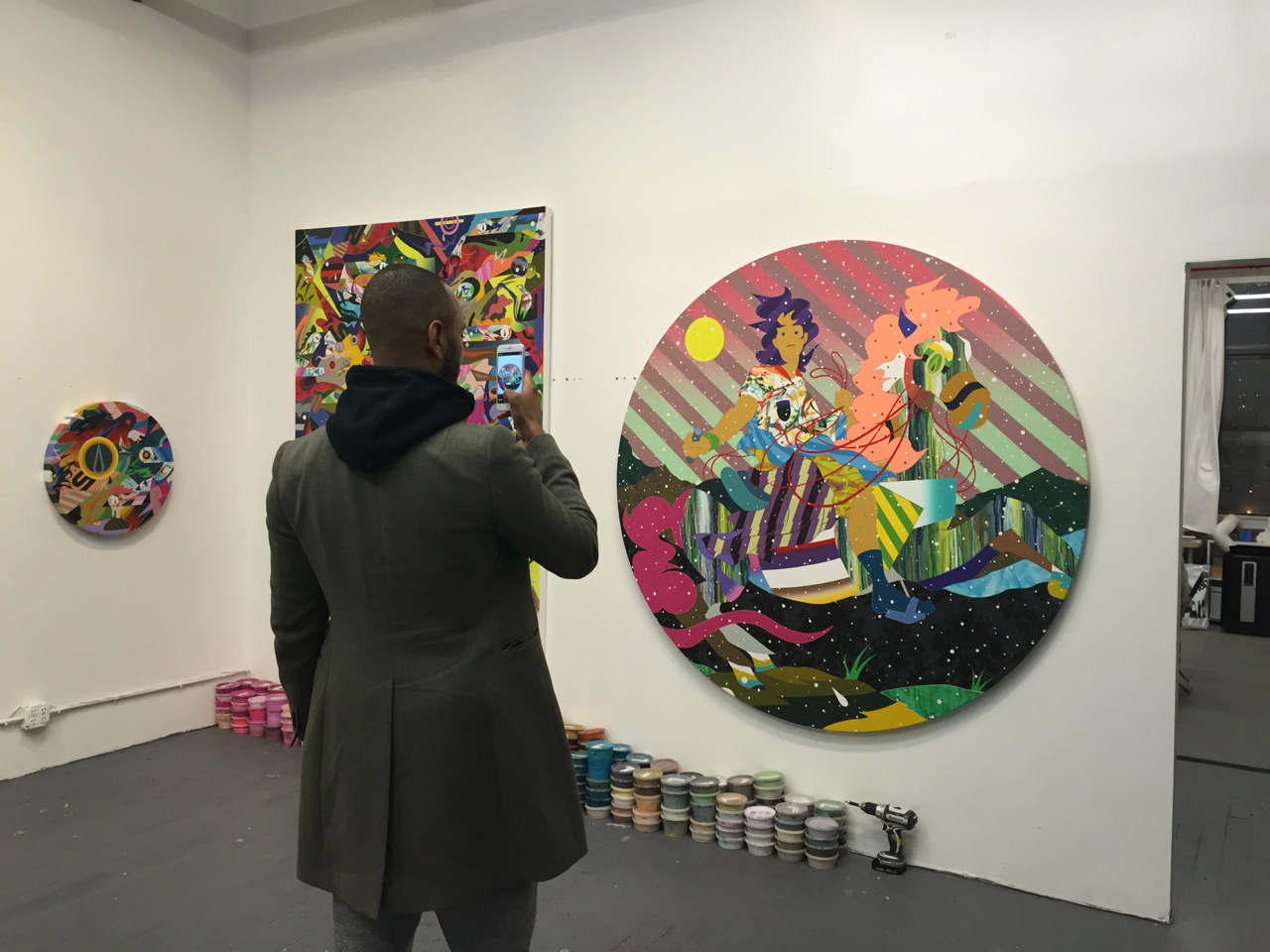 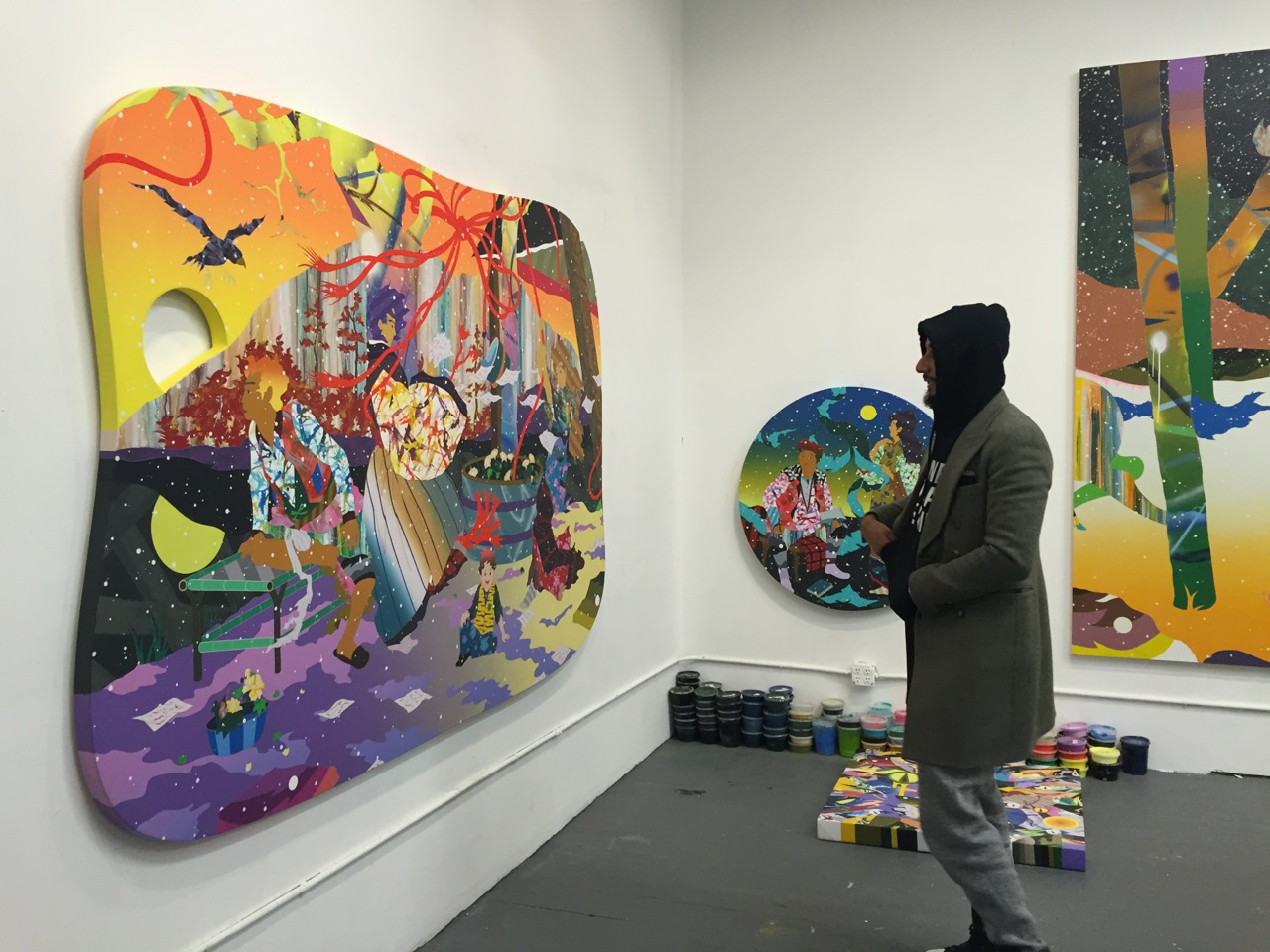 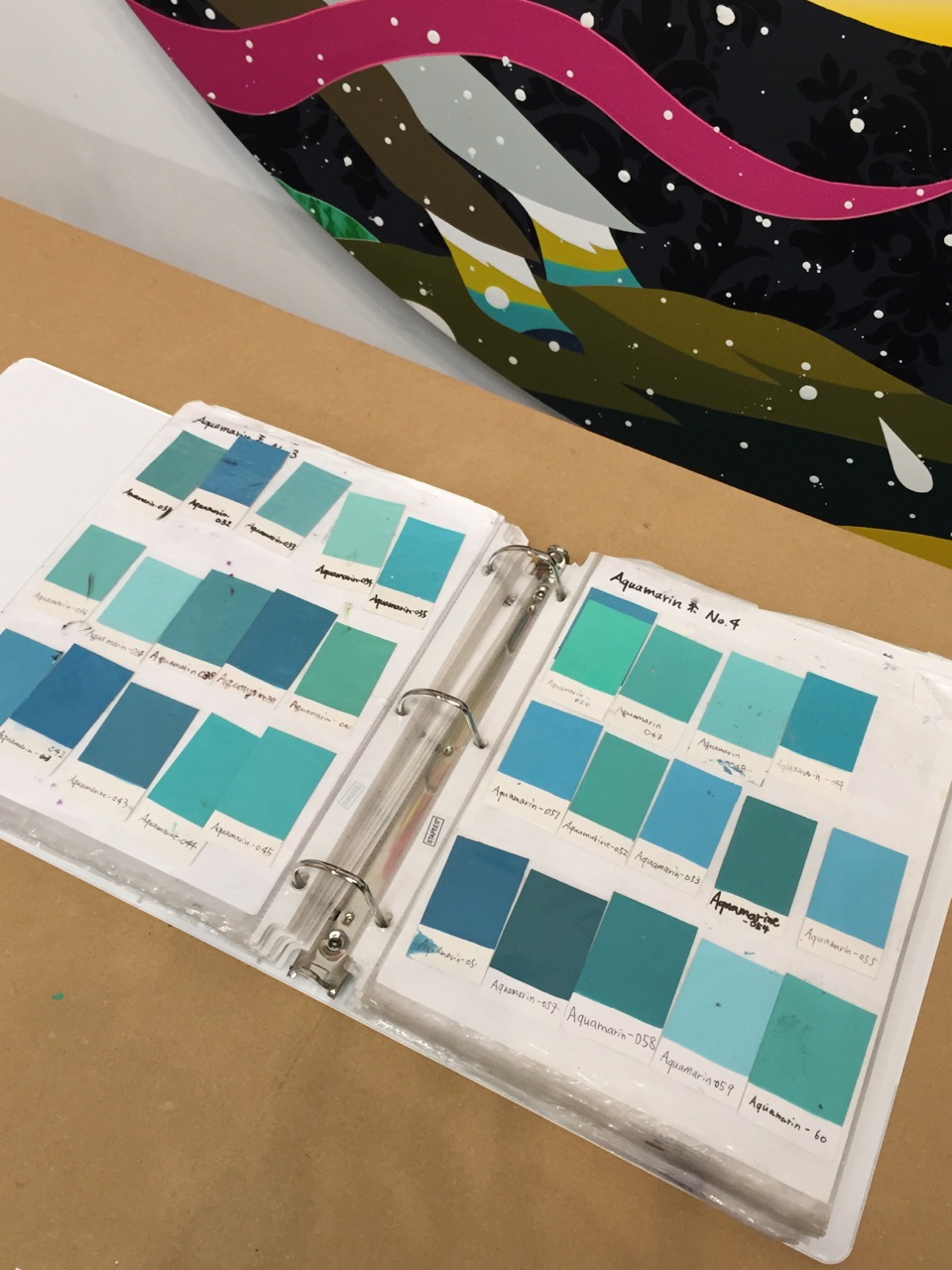 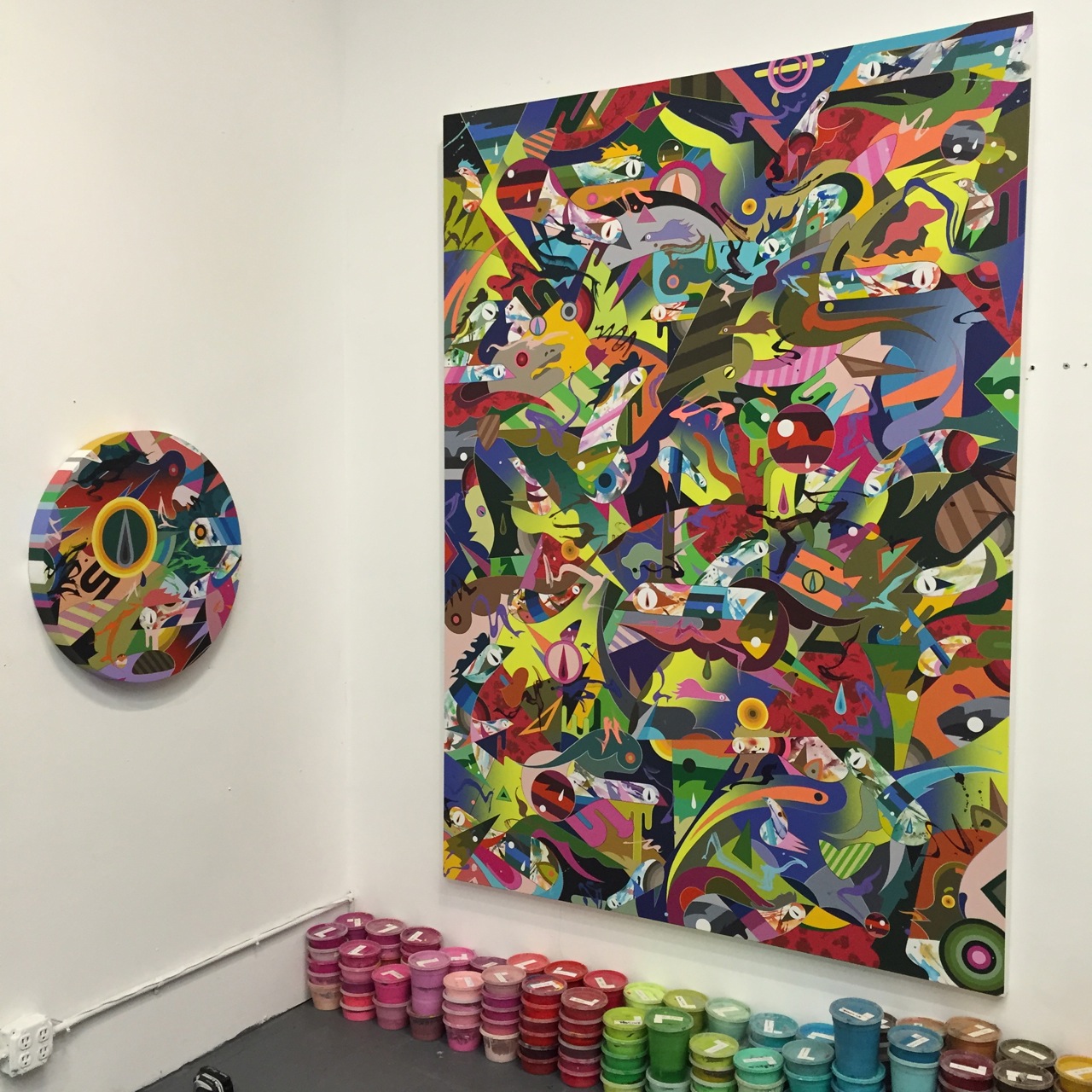