Several months since their opening in the Fall 2014, Chelsea gallery Hoerle-Guggenheim opened a solo show by Marquis Lewis a.k.a. RETNA (featured) on February 13th. Articulate & Harmonic Symphonies of the Soul includes the LA-based artist’s most important pieces of recent years and a selection of his newest works on canvas.

RETNA has been one of the artists that has successfully transferred the rawness of street art and graffiti into high end galleries. He’s been working on signature typographic, text-based imagery for over two decades, mixing gang or Mexican graffiti with Egyptian hieroglyphics, Gothic, Arabic and Hebrew, Native American motifs, calligraphy, and various other forms of lettering. Basically, his idea is to create an universal and unifying language that people from different cultures and parts of the world can relate to. While he is writing in both English and Spanish, being able to read the bold works is not essential for the artist. It’s the emotive states that the RETNA wants to show with his graffiti tags based, abstract lines of script. These are emphasized with either strong or minimal contrasts between the background and calligraphy color, use of different mediums such as acrylic, enamel, aerosols, oils or glitter, and even cutting up and stitching the large canvases. The uniqueness and mystery of his typography, as well as the origins of his visual language, makes his work time-relevant both on the streest and in art collections. His first solo show with Hoerle-Guggenheim will stay on view until  March 12th, 2015. 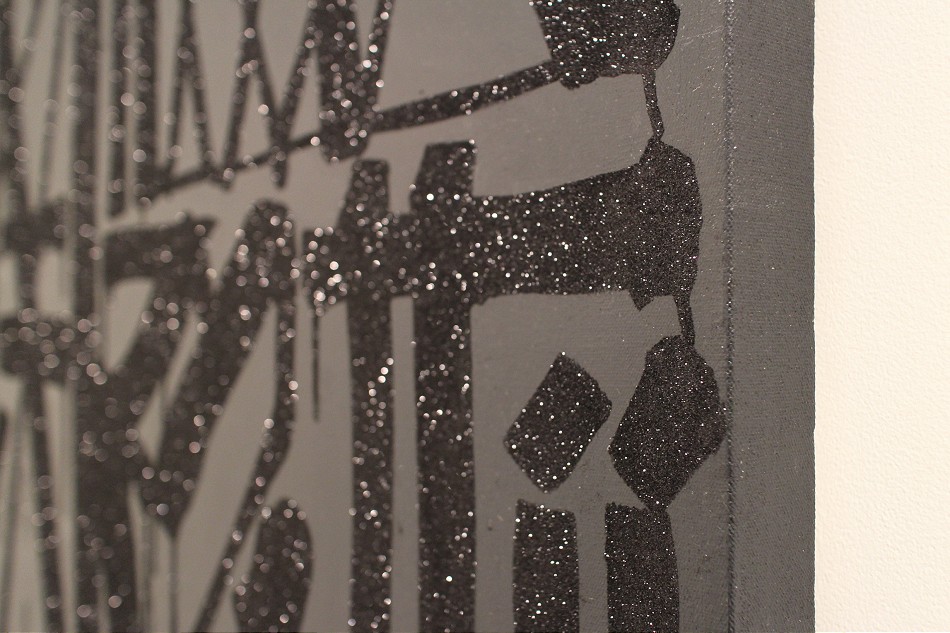 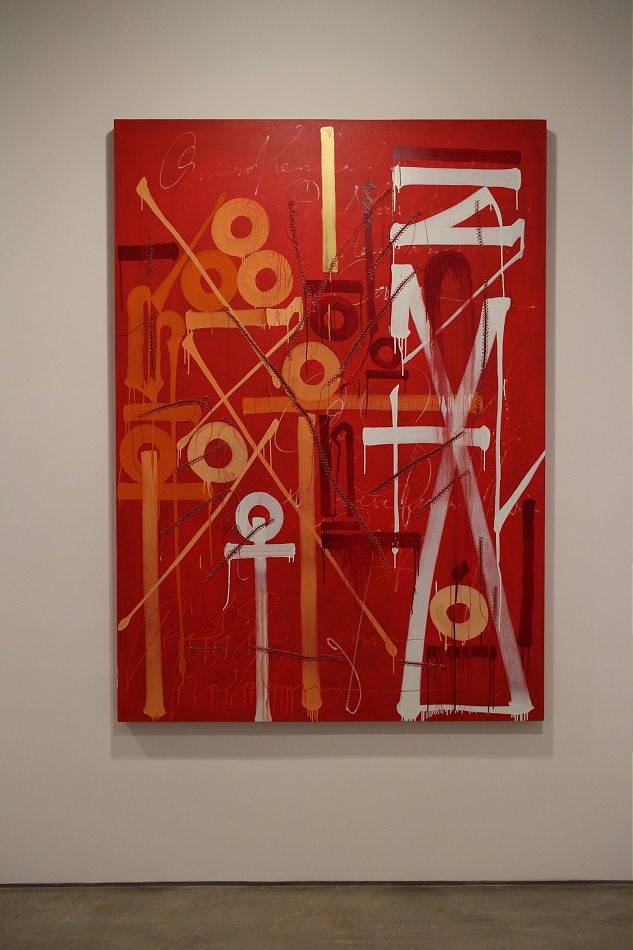 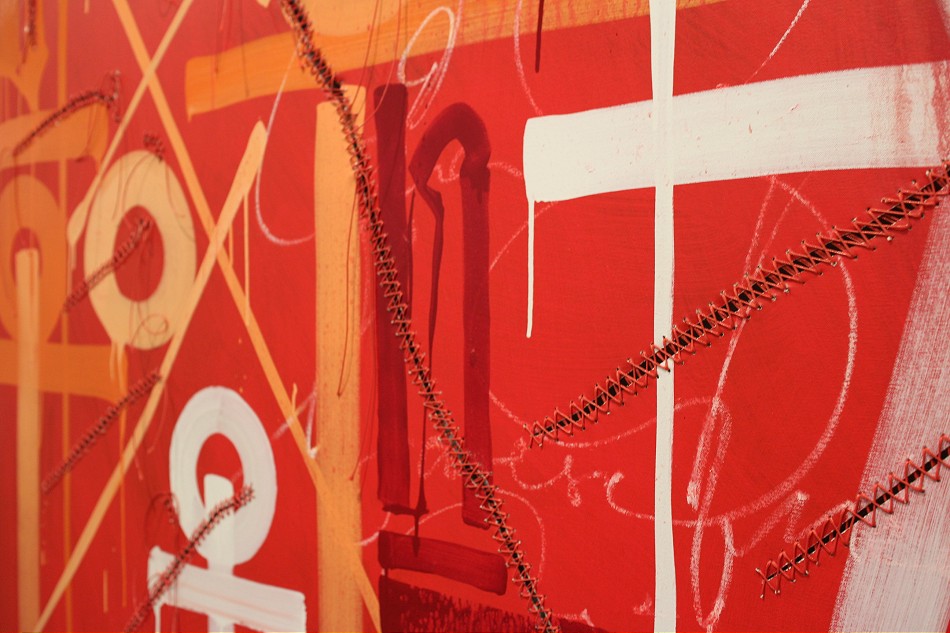 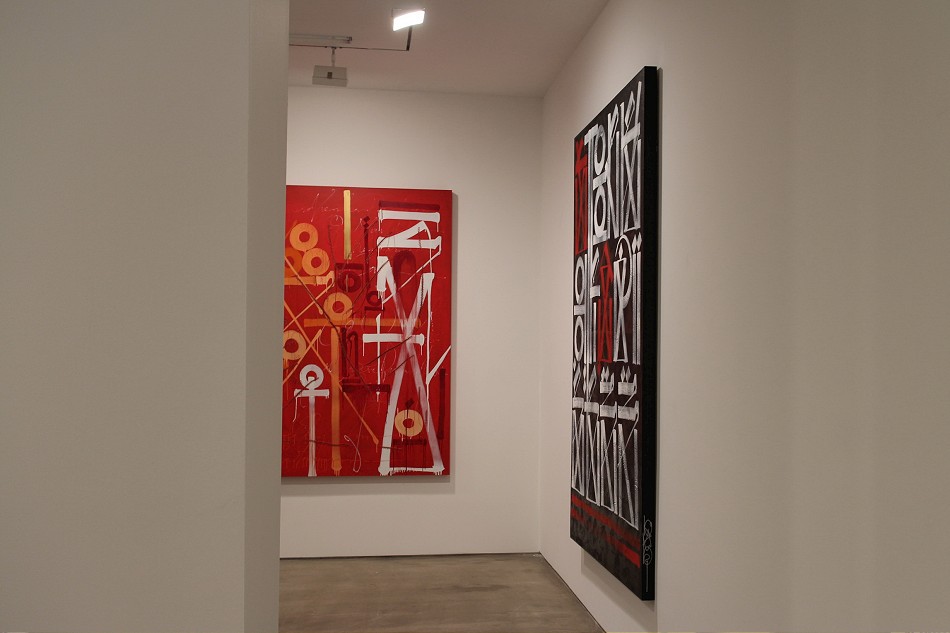 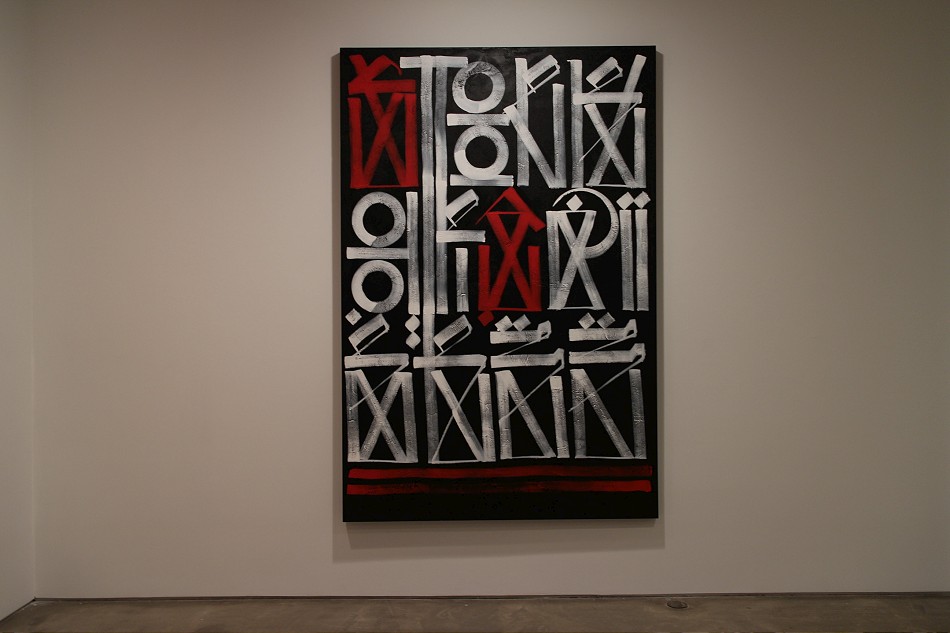 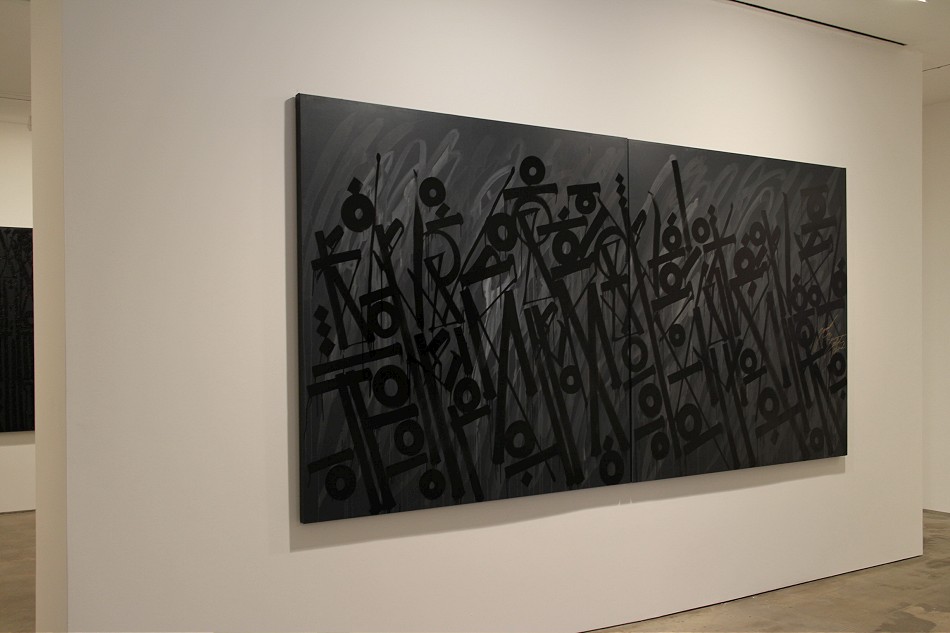 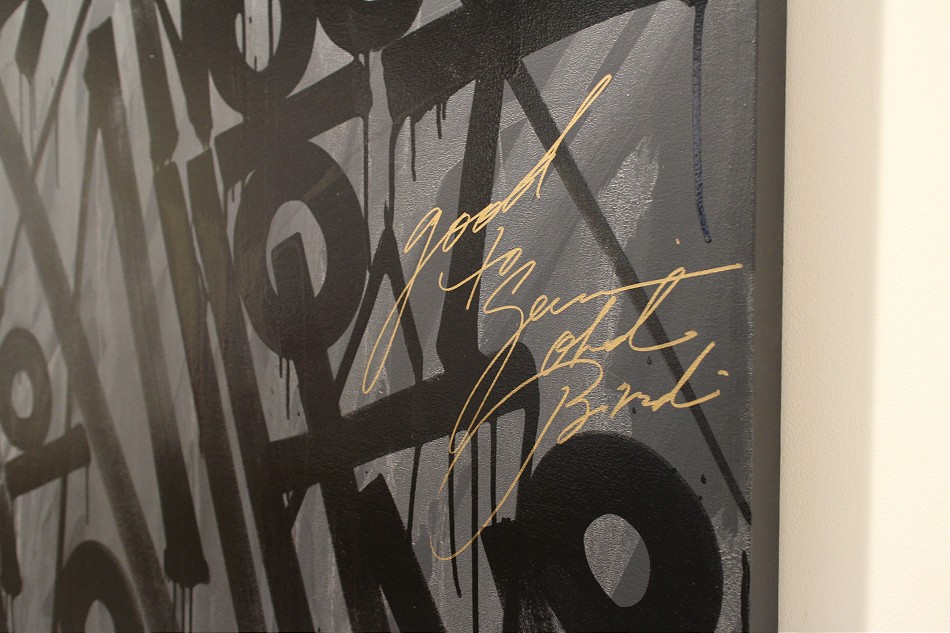 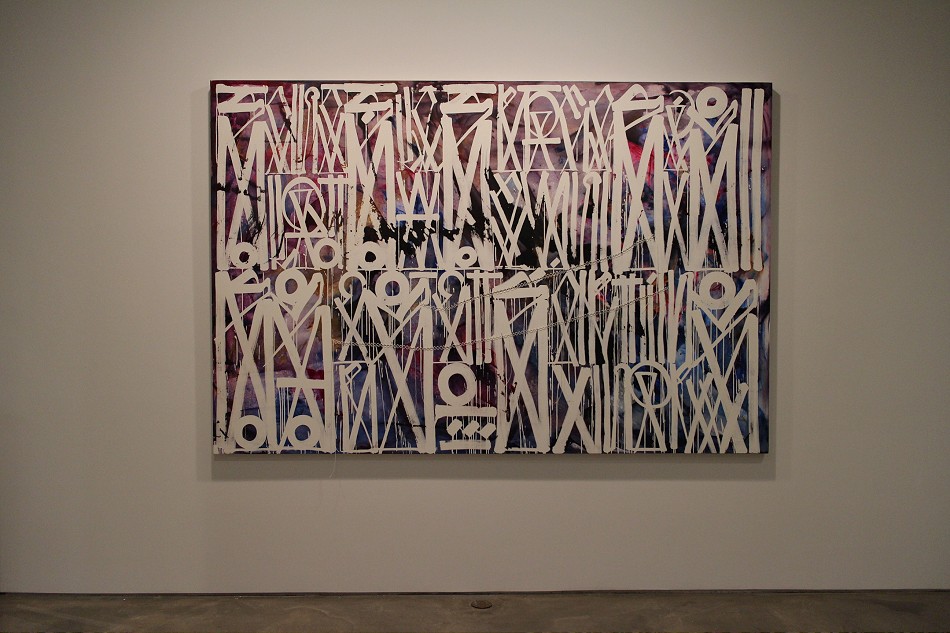