German artist Stohead is currently having a solo show at Galerie Lefeuvre in Paris, showing for the second time in their space. Titled Now, the show features 14 colorful, large size canvases in which he mixes his signature tagging and calligraphy elements with abstract smoke elements.

Slightly different than some of his previous paintings that are mostly focused on letters, this body of work feels like a step forward for the Berlin-based artist. While we’ve seen him use these other dynamic elements in some of his earlier works, it’s the bright color palette and white background that makes these pieces so vivid and strong. This is especially highlighted with pieces being displayed against the black walls of the gallery. The idea behind the works for Now is to capture a moment like a highspeed camera, freezing the action and making it visible and eternal. The moment in which “the dancing letters of his urban calligraphy dissolve into hazy structures or are born out of them.” The show opened on 20th of March and will be on view until the 12th of April. 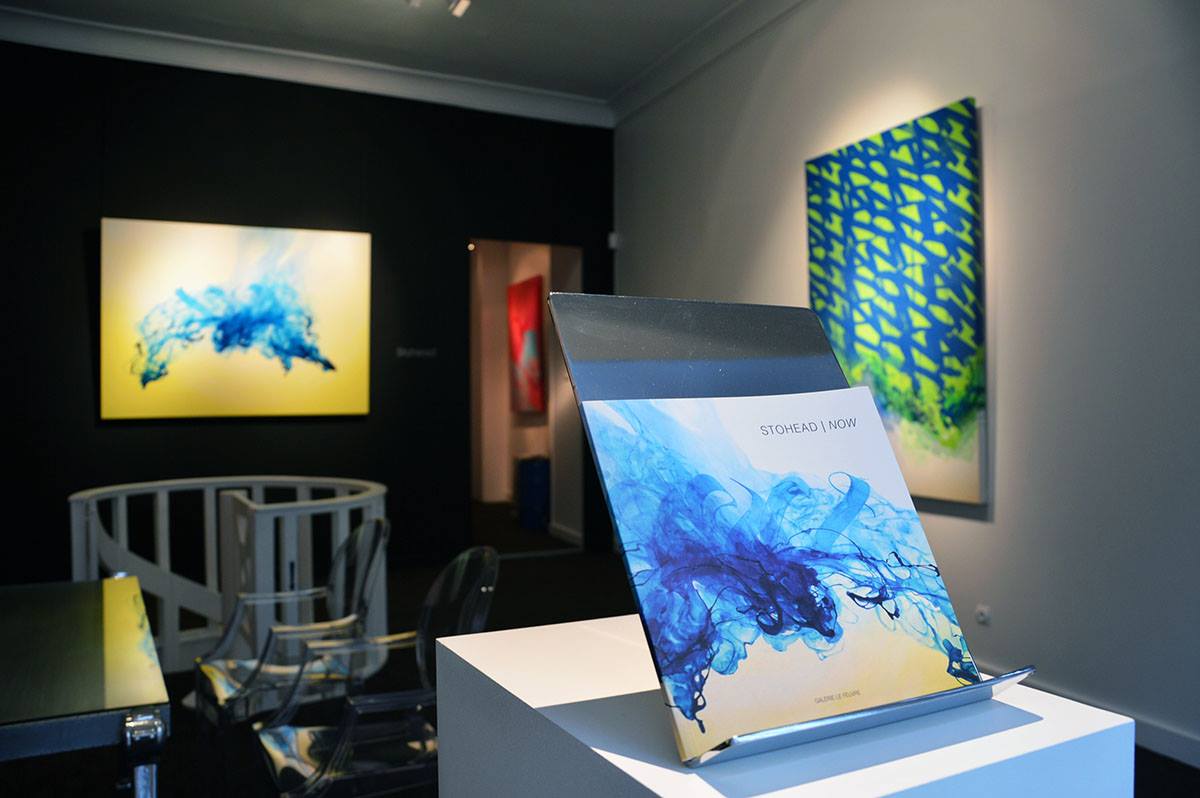 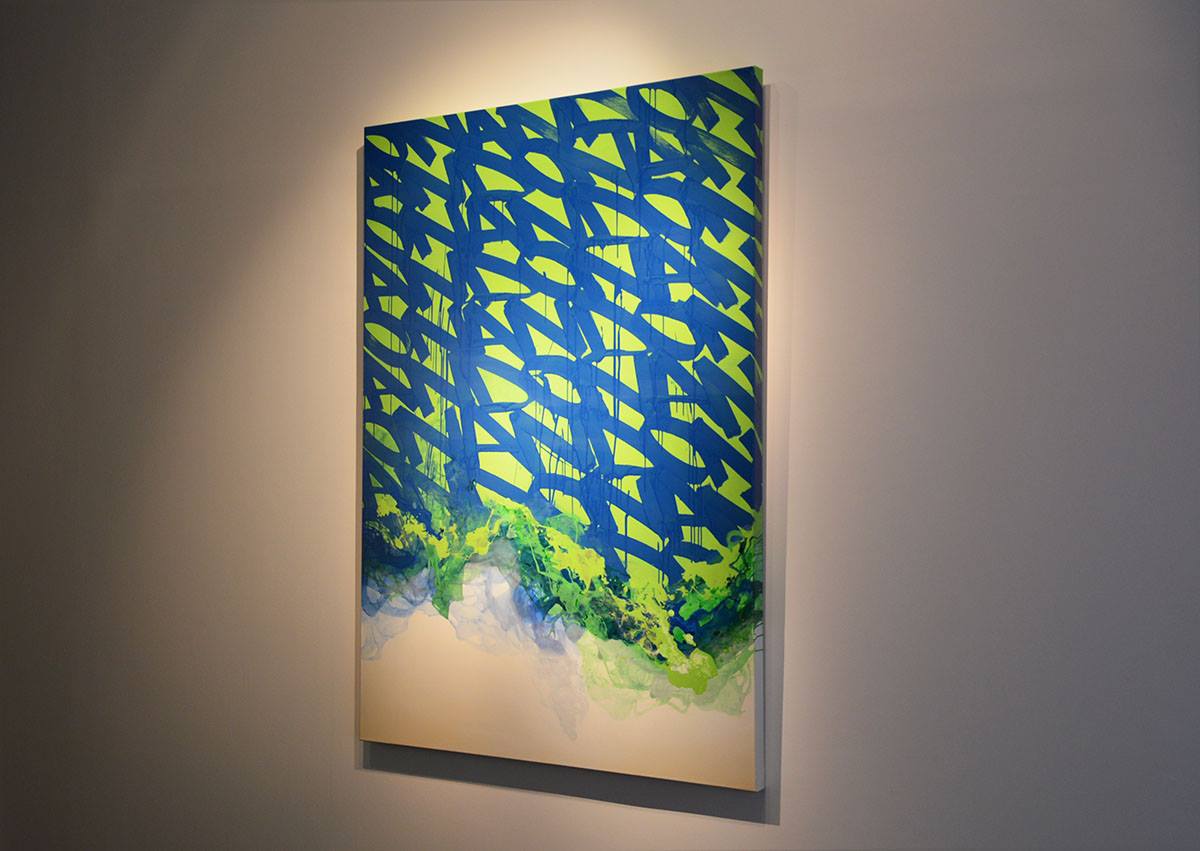 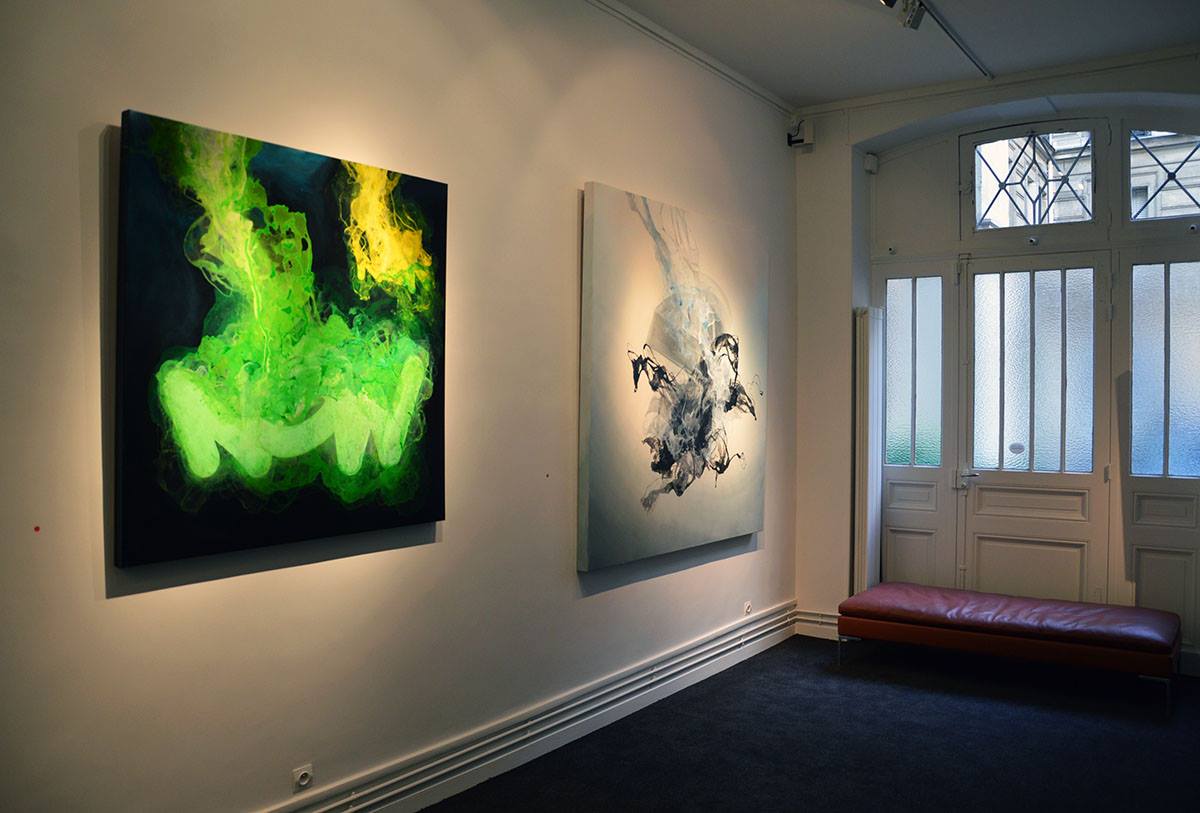 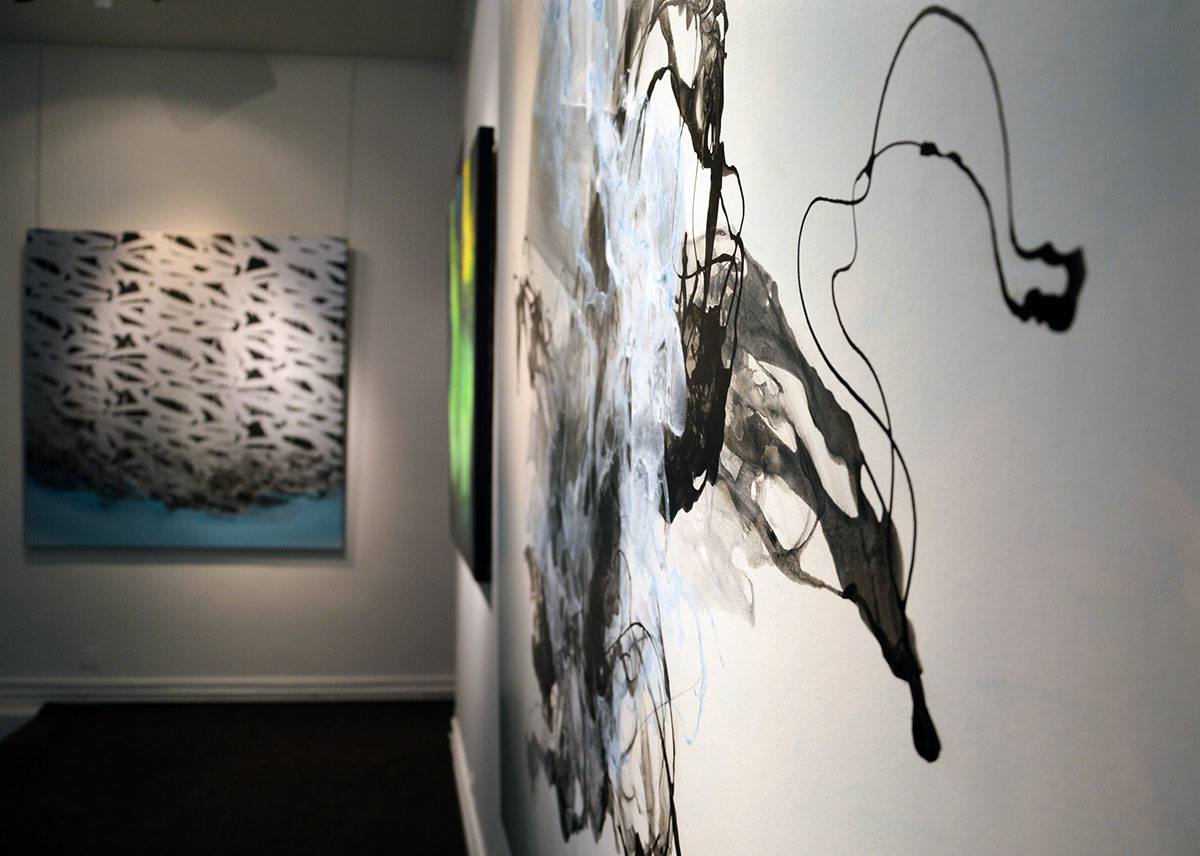 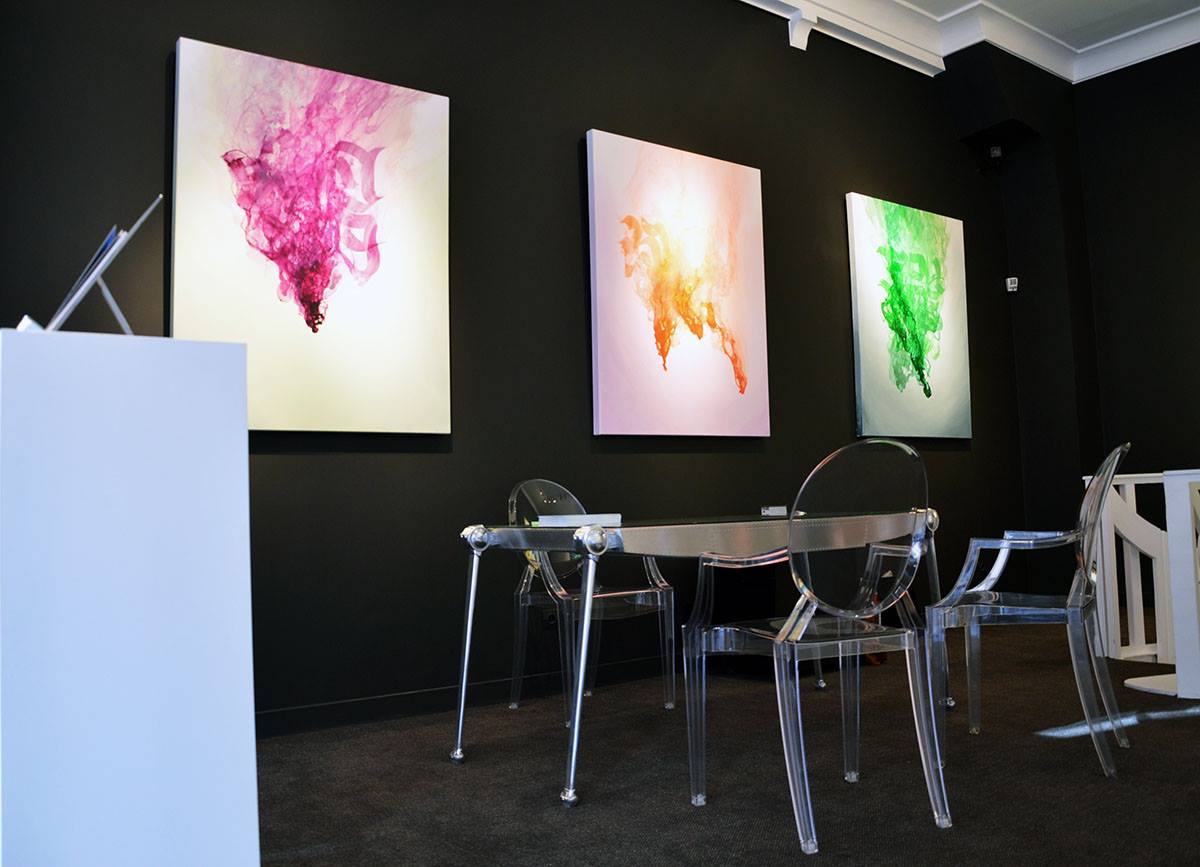 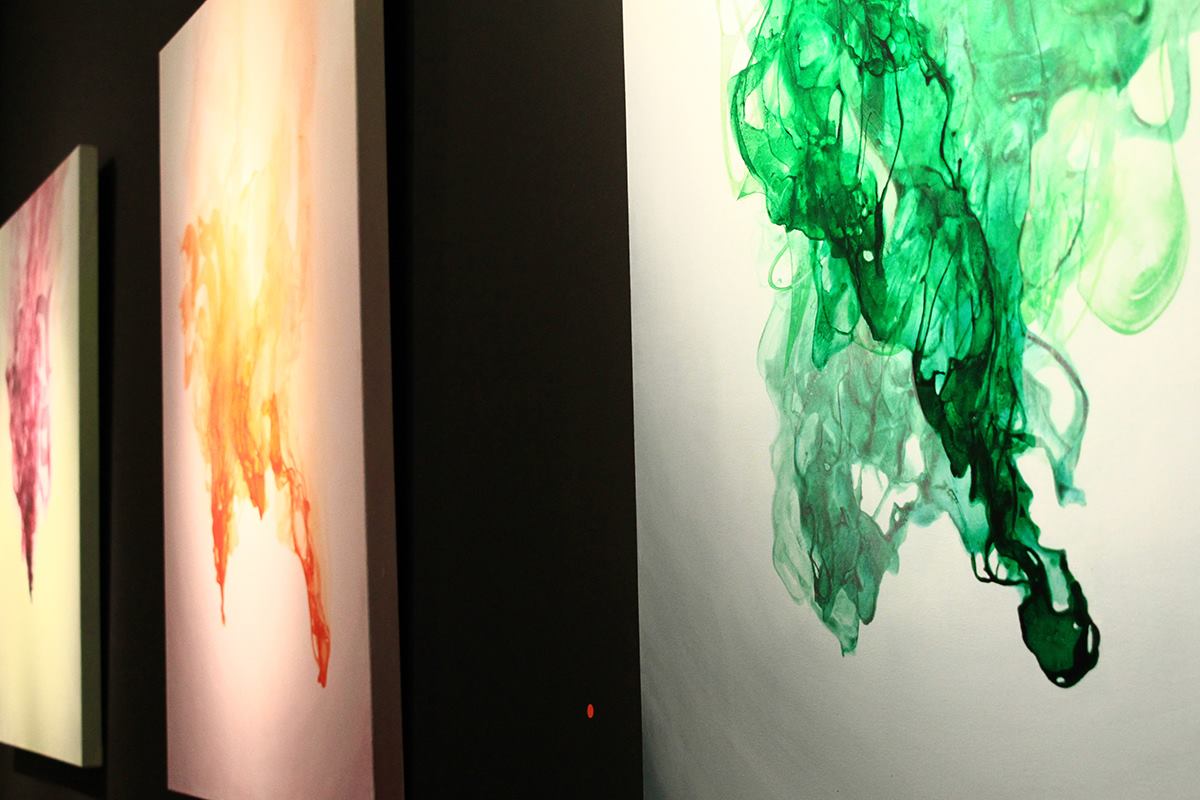 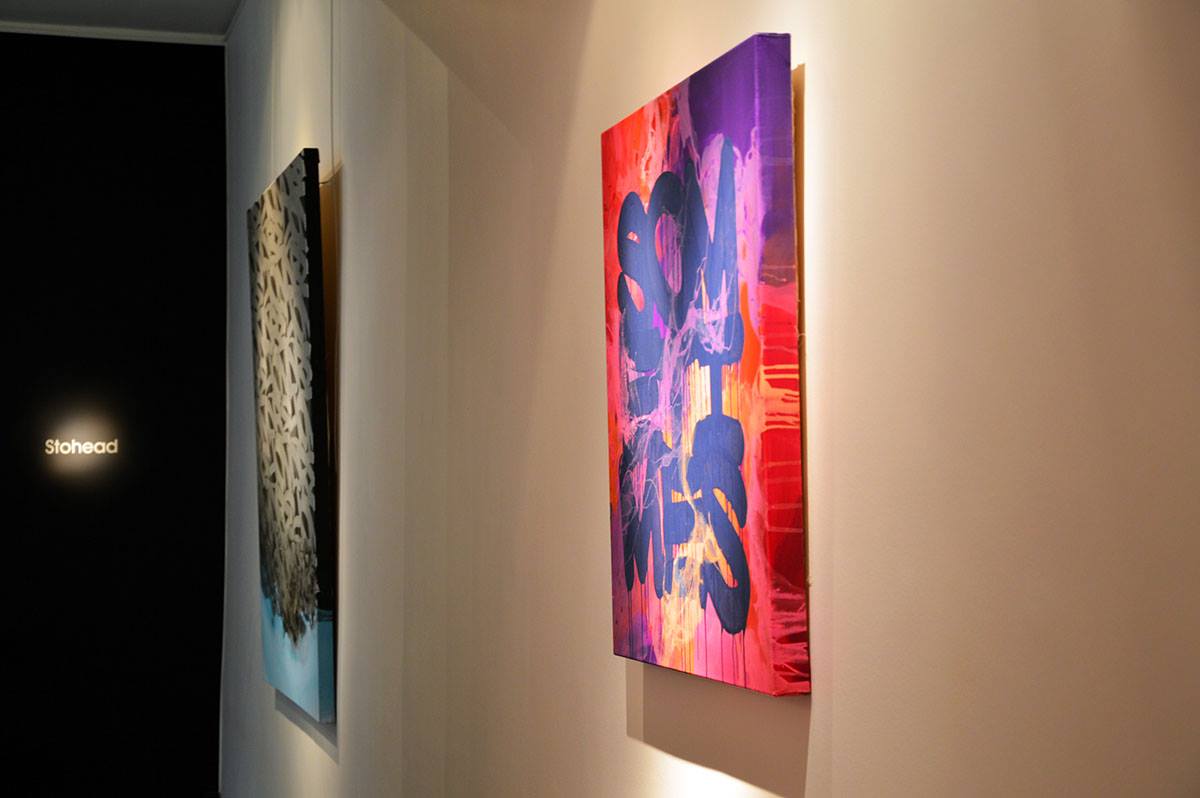 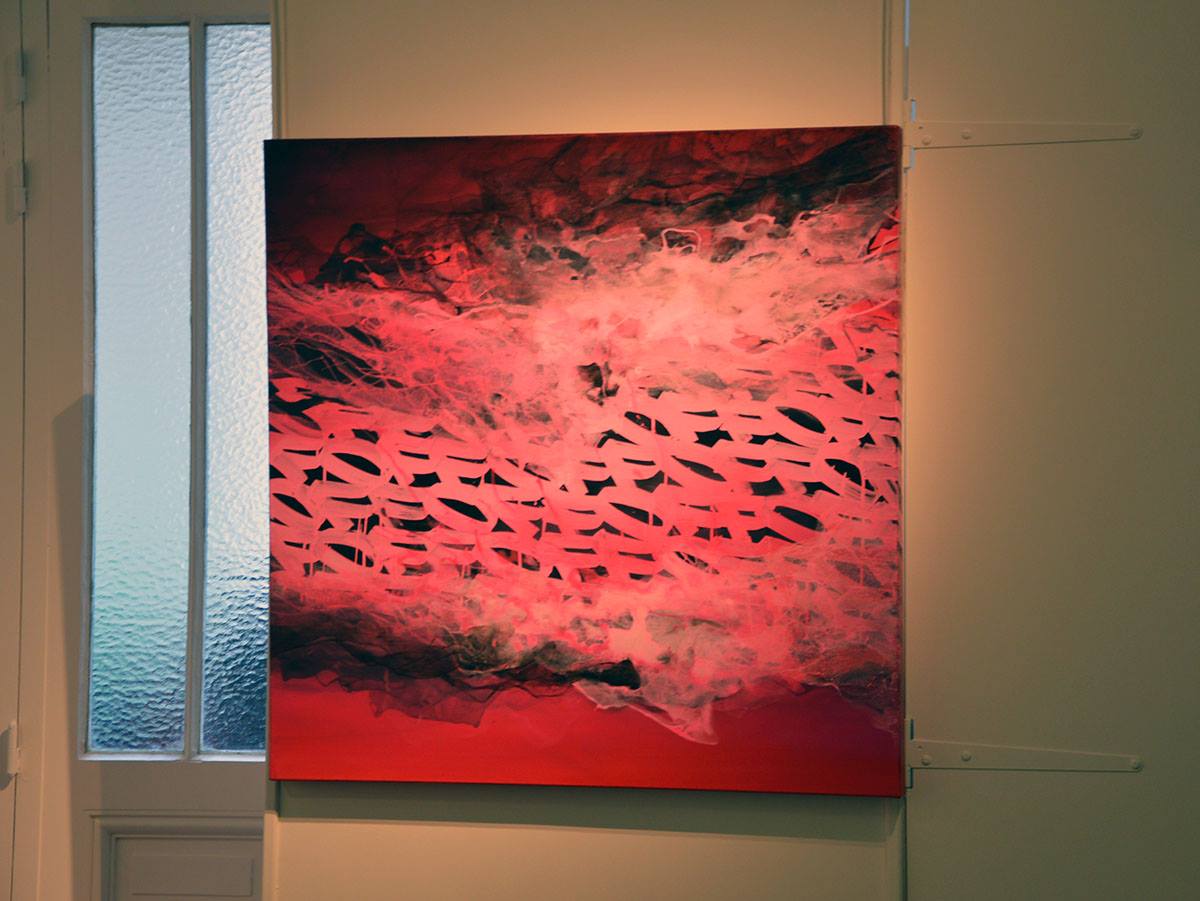