On Thursday, 30th of  January, Galerie Géraldine Zberro in Paris opened a two men show by French artists Julien “Seth” Malland and Pascal Vilcollet. While significantly different in their work practice, background, technique, medium, and imagery, both artists are strongly focused on showing emotions and their view of the world surrounding them –  Seth through his playful, colorful imagery and Vilcollet through his striking realistic portraits and paintings.

Strongly influenced by his travels and street work he created all over the globe, Seth has built a recognizable style and imagery that can not be missed. His children characters are often hiding from the world in colorful vortexes, curling up alone, or intertwining with each other or in their surroundings. He has also mastered a technique of creating light drippy lines, which reminds of works by Brazilian twins Os Gemeos and favors a bright color palette. Along with large size canvases, and few collaborative pieces the artists created shortly before the show opening, Seth also introduced his first sculptural work.

Pascal Vilcollet paints big portraits on canvas, somewhere on the border between reality and abstraction. While previously focused on celebrities and icons of our time, for this show he concentrated on reinterpreting the works of great masters like Caravaggio, Rembrandt and Velasquez. His expressive and raw brush strokes create strong images that are packed with emotions, often uneasy ones.

The collaborative works of these two artists are actually very interesting, as the abstract, vivid spray paint elements from Seth blend so nicely with Pascal’s acrylic portraits and scenes. This show was on view until February 1st at Espace Commine, 17 Rue des Commines, and from February 3rd to 22nd, the show will move to the new space of Géraldine Zberro at 23-25 Rue Jean Mermoz, Paris. 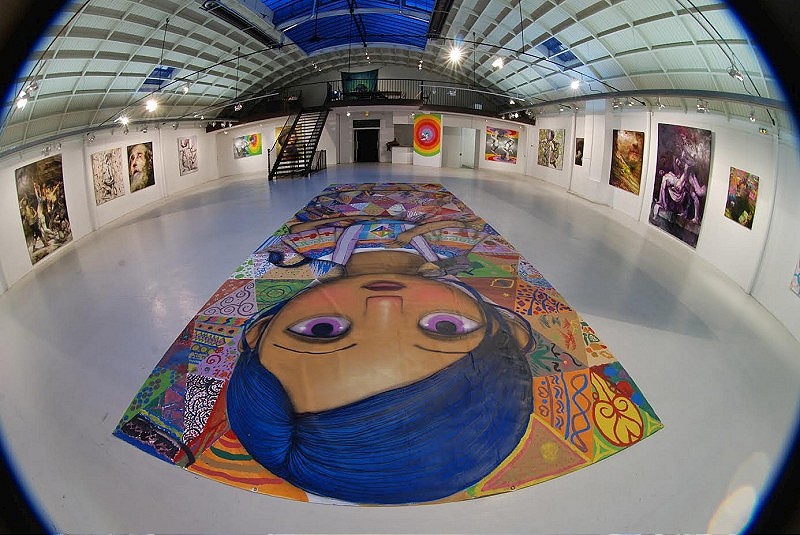 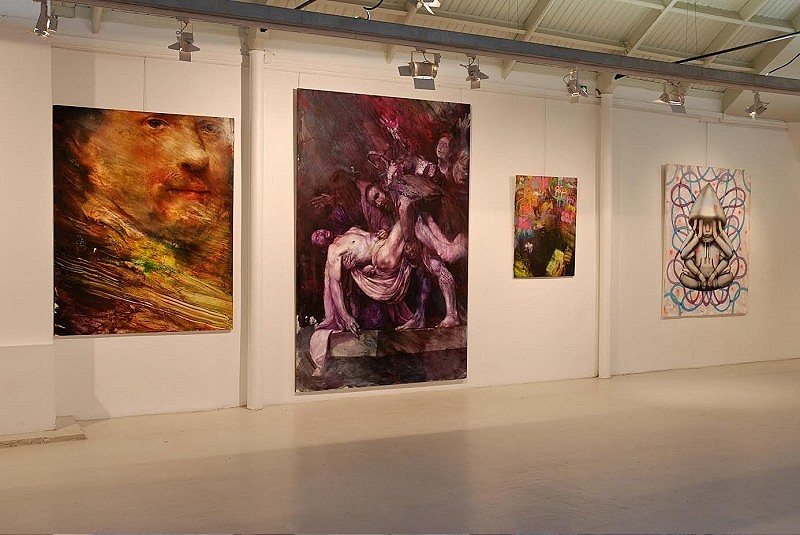 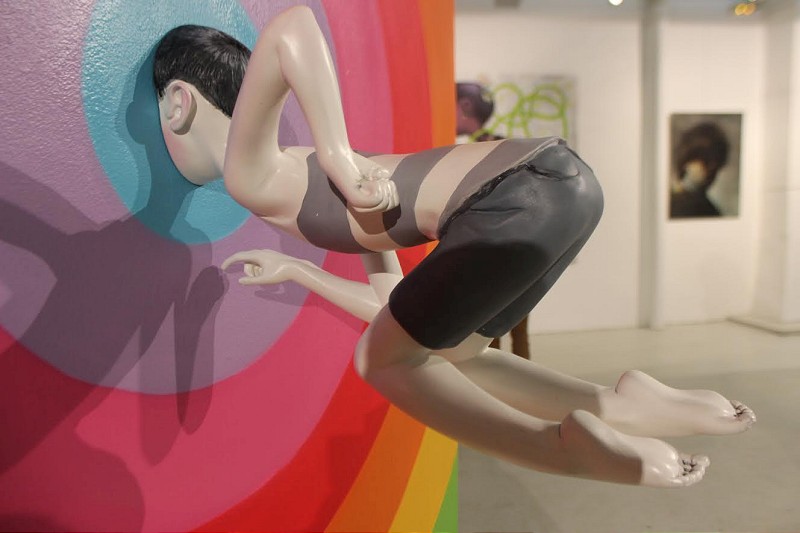 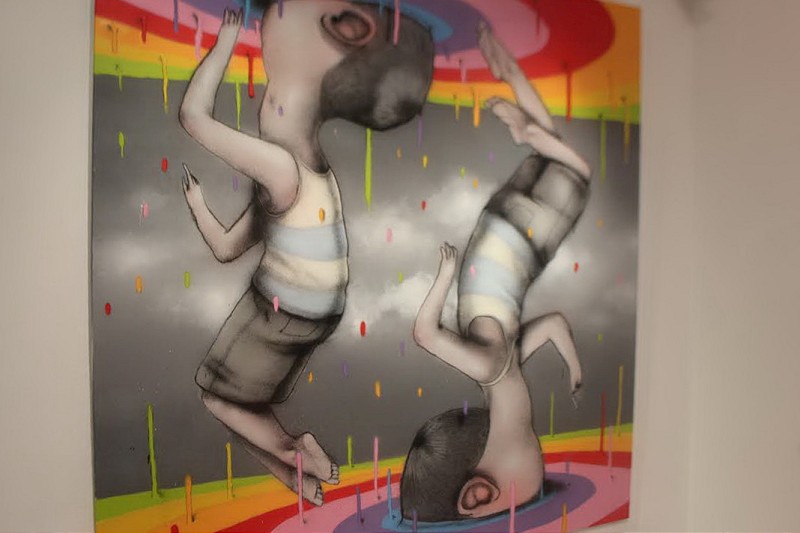 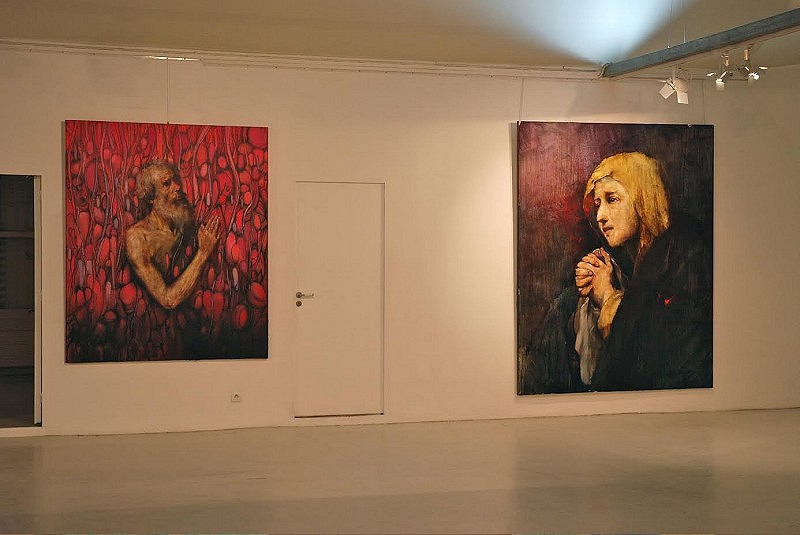 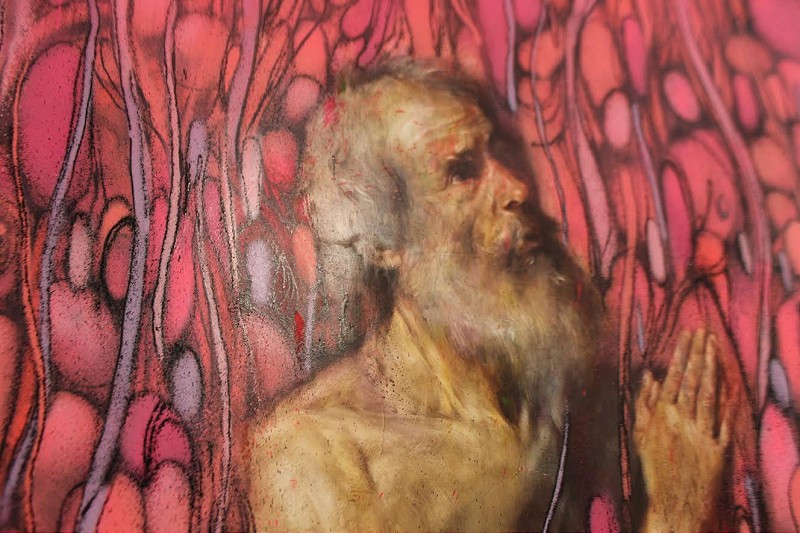 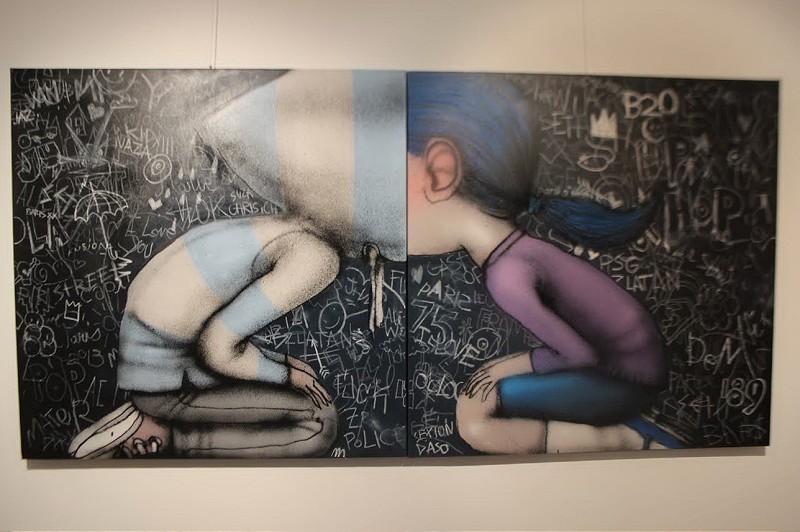 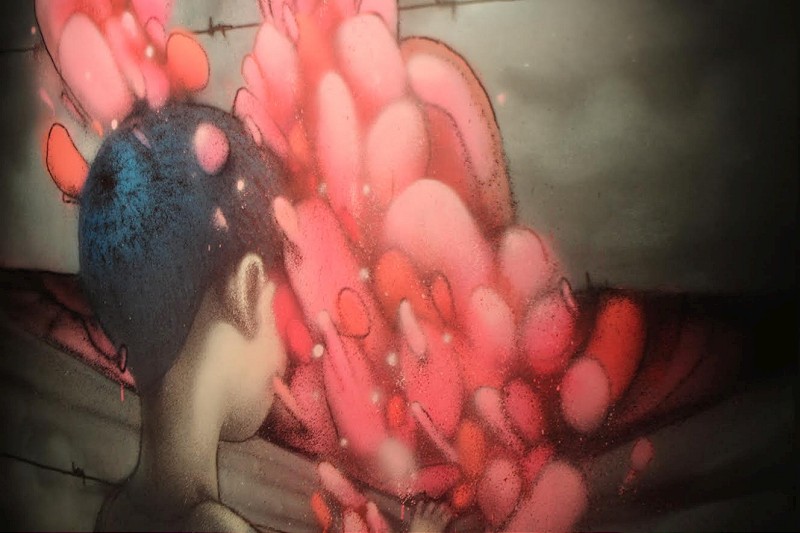