White Walls Gallery in San Francisco recently opened a solo show by American painter and stencilist Amanda Marie. The show titled I Was Just Thinking, opened on January 11th, and will be on view until 1st of February. For this exhibition, Marie used the majority of the gallery space to create an installation which includes both wall murals and clusters of original works.

The one thing that is very noticeable about this body of work is the use of black paint as the background, which hasn’t often been the case in her earlier works. Her familiar stenciled imagery looks strong in contrast with the dark background, and the painted gallery walls add more depth to the entire show. Also, the subtle darkness in her works is even more obvious this way, but her cute, vintage book illustration like images feel more bright and vivid at the same time. By using hundreds of stencils with the different iconography that she repeats in her works, combines together, crops, enlarges and modifies, Marie is able to create her own recognizable vocabulary through which she tells her stories featuring “sophisticated themes like sexuality and the loss of innocence, greed, happiness, envy and elation.”

Along with these “black works,” she also included several works on paper, panel and canvas, ranging from smaller 16″ x 20″ pieces to large canvas works measuring up to 72″ x 144″. These works include more of her signature brown and beige tones, with her characters and images blending and fading into the background. With this technique, she is able to create a vintage effect which provokes sentimental emotions strongly connected with childhood and past times. While both very serious and almost uneasy, her works are at the same time very calming, childish and playful, which can be seen in these photos from the show. 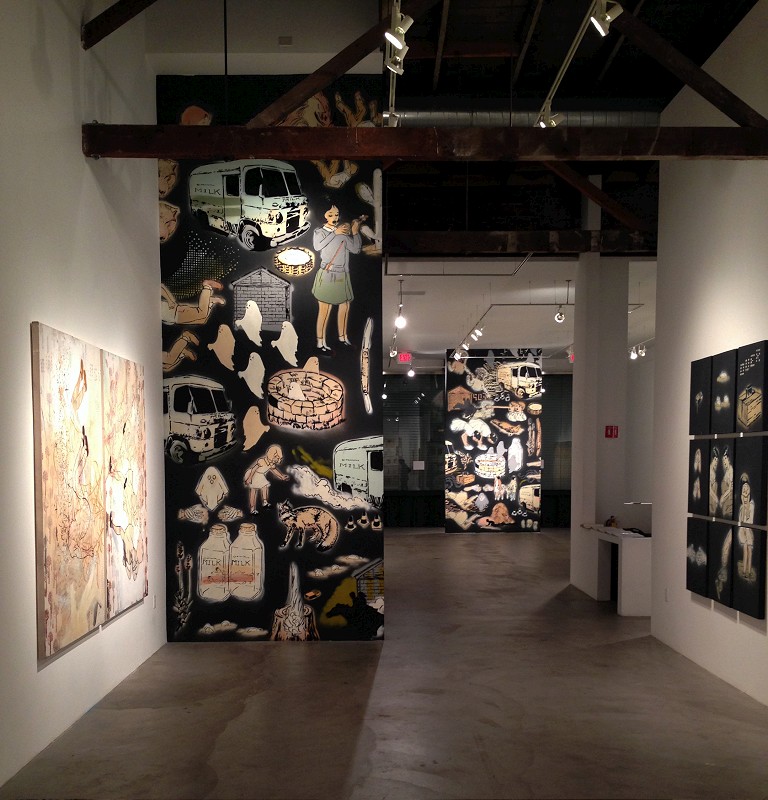 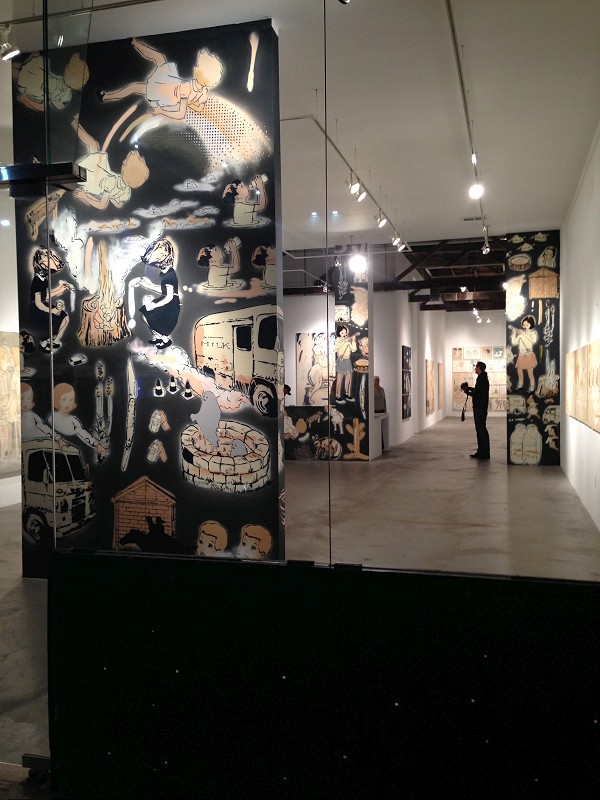 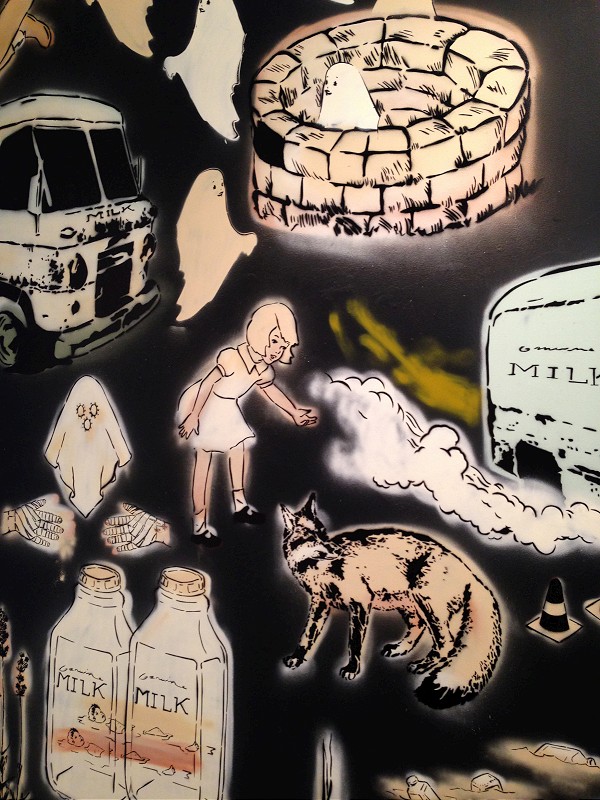 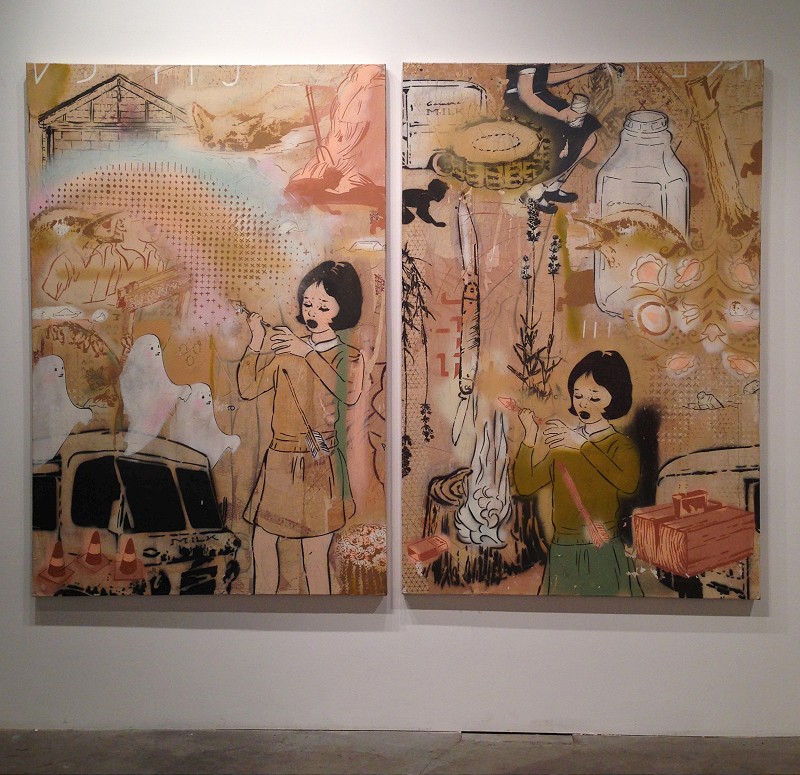 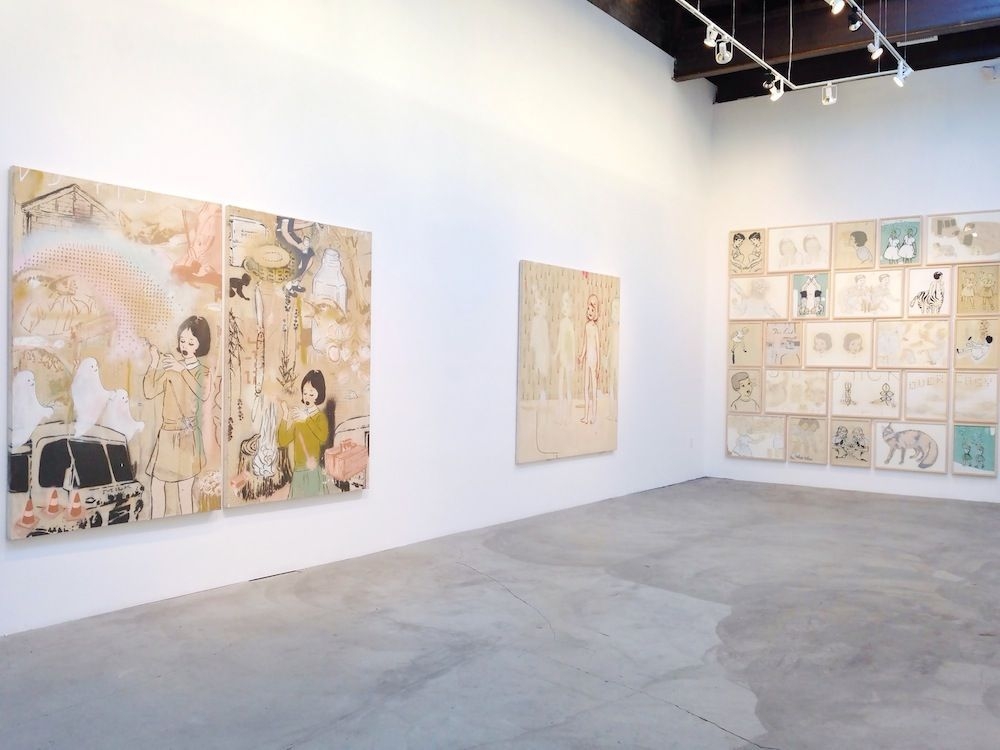 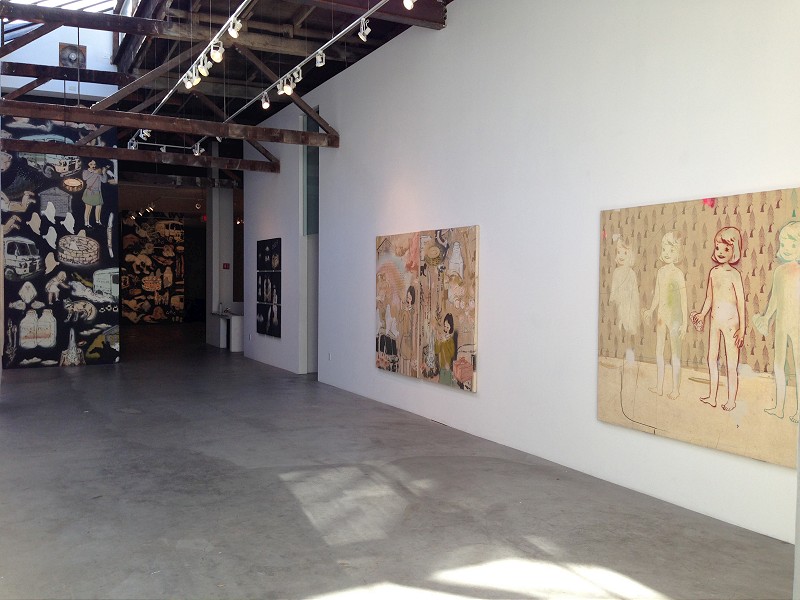