On the 22nd of November, The Outsiders in Newcastle opened a solo by Chinese born artist DALeast (interviewed). For this show, the South Africa-based painter created six large canvases, as well as six matching pen on paper studies, a video installation, and an exclusive limited edition etching created at gallery’s print studio. The title of the show, REDOK, is the phonetic English spelling for a Tibetan expression of hope and fear, two emotions that rule lives.

Stepping away from his previous practice of painting dynamic movement scenes, DAL instead presented large facial portraits of animals, challenging himself to try something new – creating his take on the 19th centuryʼs figurative masters and traditional portraits. Using his recognizable style and technique, the images are created on a heavily tea stained background with an impressive use of black lines with white accents. This technique was developed while painting in the streets, a style that is quick and doesn’t use too much paint. His intention in these works was to “represent powerful human emotions, and stories, with animals and objects,” and according to the response to the show, he definitely succeeded in his intention – this was artist’s first solo show with the gallery, and all the works, including the limited edition etching, were sold out the opening night. The show will be on until the 21st of December. 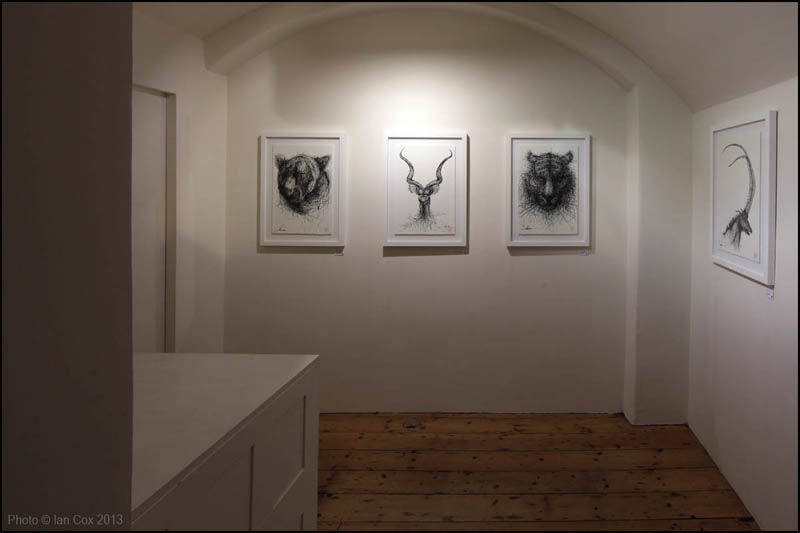 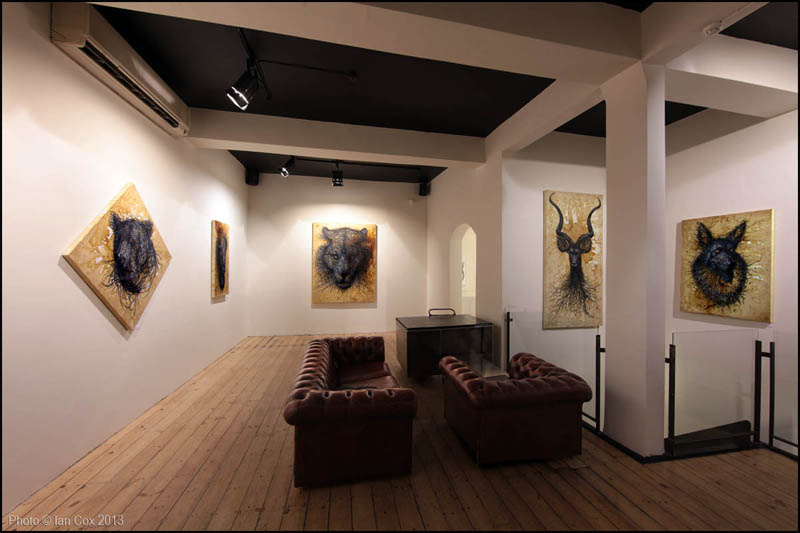 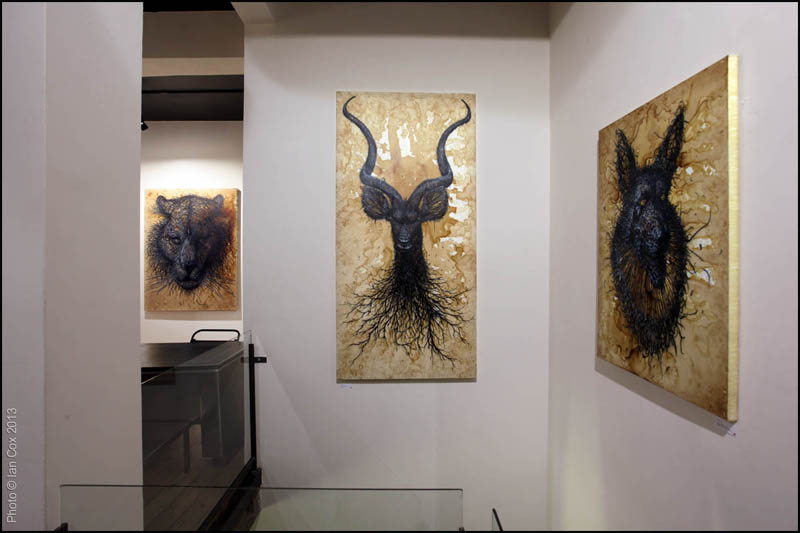 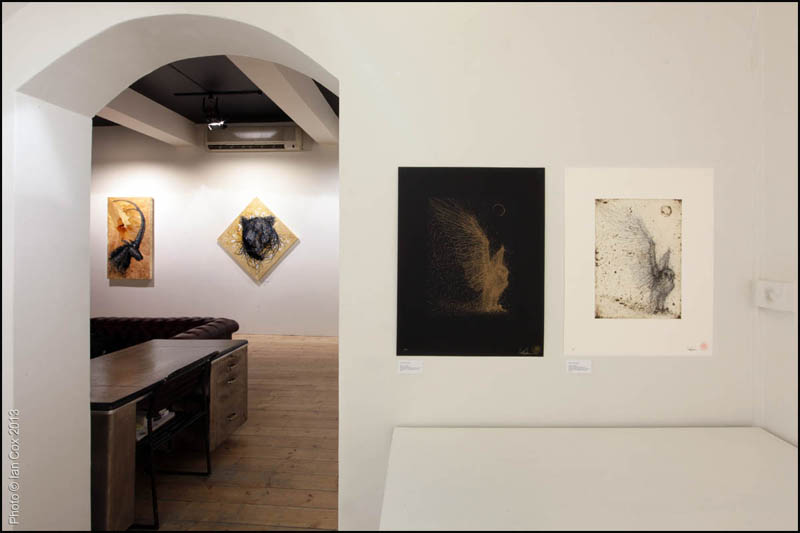 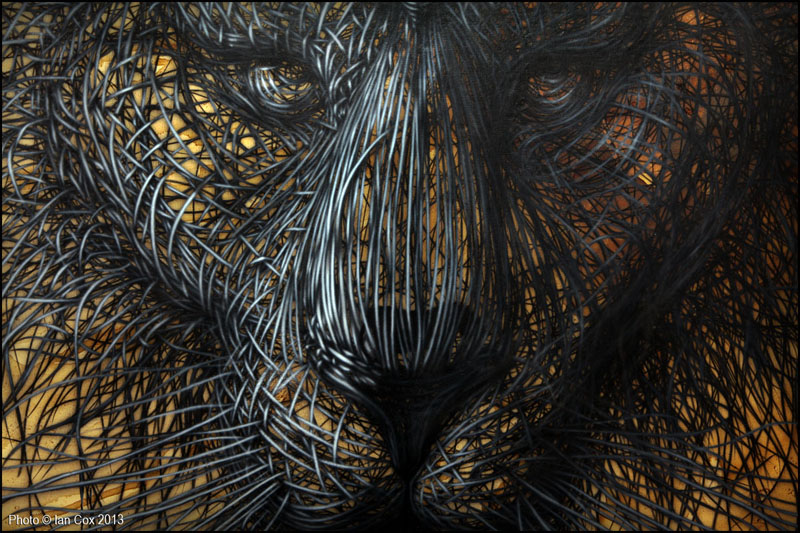 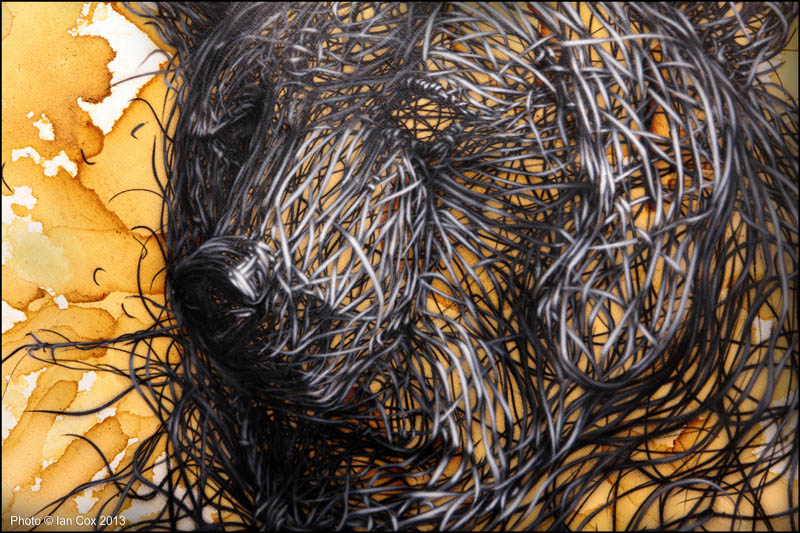 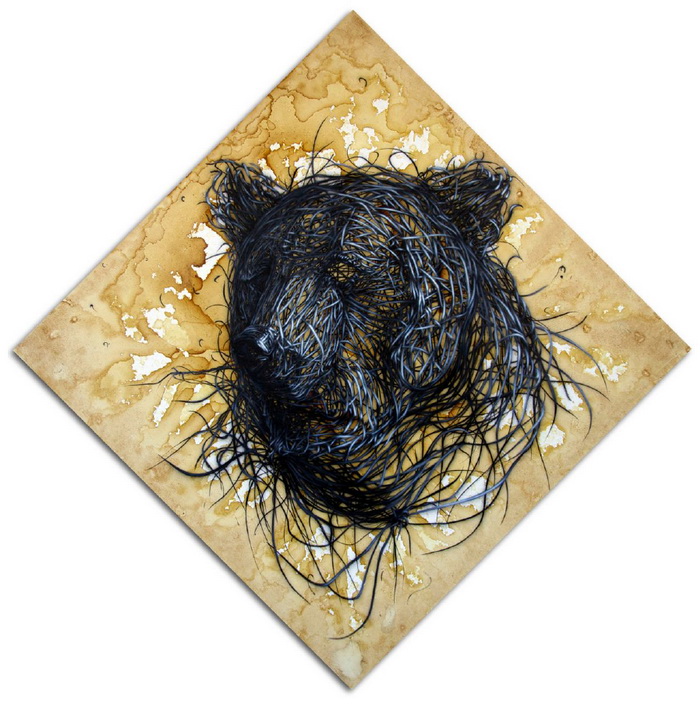 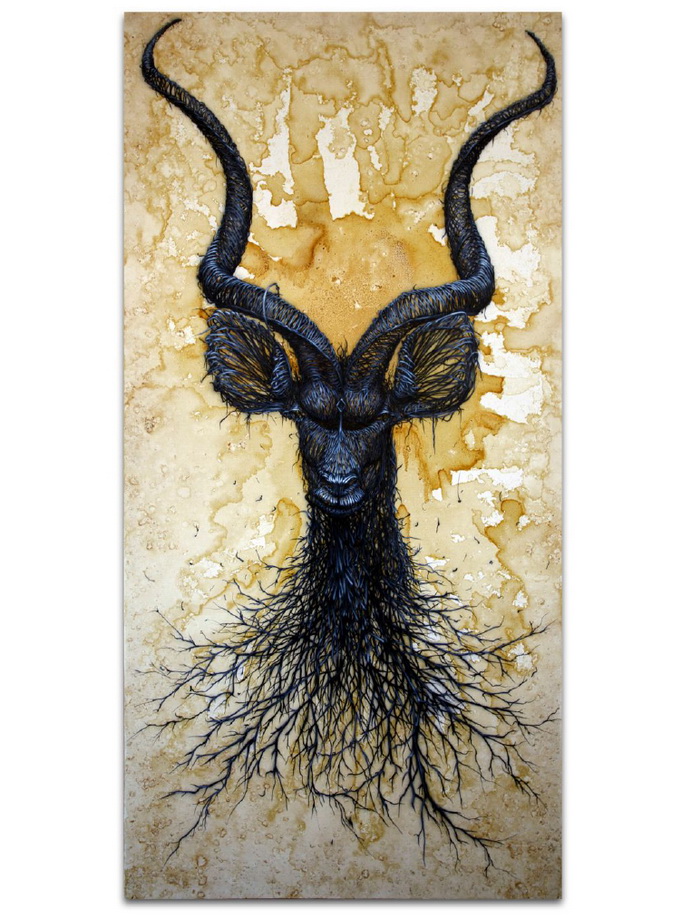