While much of street art these days is primarily decorative and created with a purpose of promoting an event, art show, or commercial endeavor, there are still artists out there that are using the streets as a powerful medium for sharing information and making statements. One of those artist is Blu, who is currently traveling around the America’s and creating engaged works. After recently visiting Bolivia (covered), he just finished another strong and meaningful piece in Mexico City, where he was invited by Fifty24Mx for their ManifestoMx project. The idea behind this initiative is to address the social and political situation in ‪Mexico‬, through large murals painted by a select group of artists.

The contribution from the Italian muralist features the colors of the Mexican flag being created out of (green) dollar bills, some rolled up for snorting cocaine (white), and finally a pool of blood (red). This entire scene is heavily guarded by an army of toy soldiers, symbolizing the state and the government protecting the drug trafficking. Always on point and direct with his work, Blu once again hits you where it hurts the most. Along with his dedication to reveal injustice and the struggle of the oppressed, he also showed his dedication to creating art by painting this large and elaborate piece while hanging on ropes. 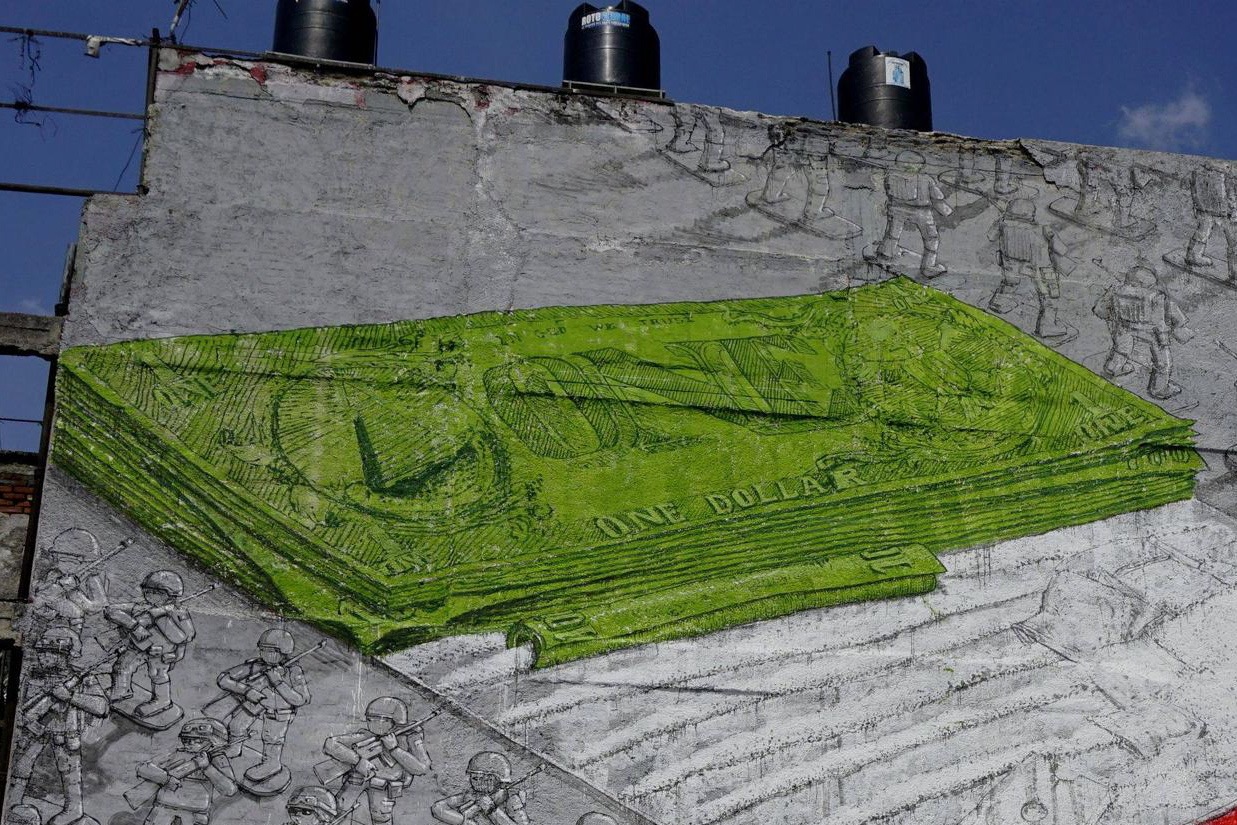 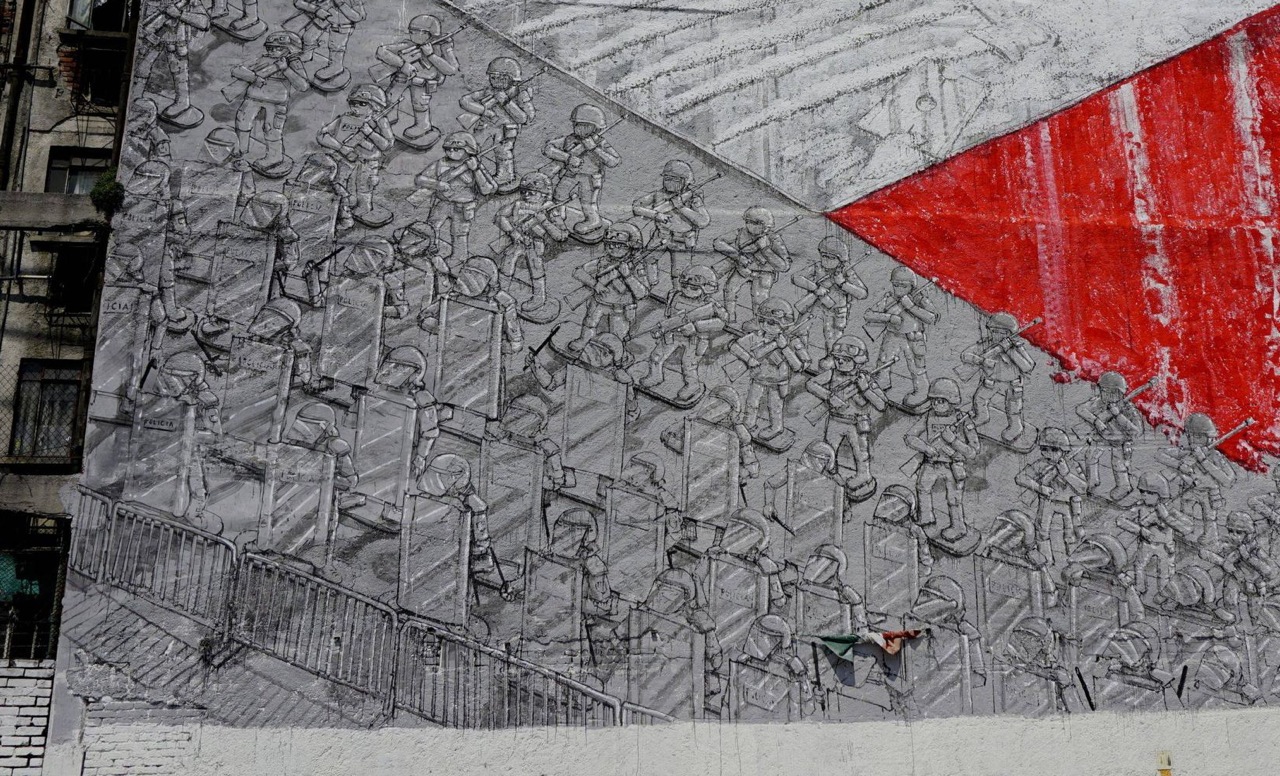 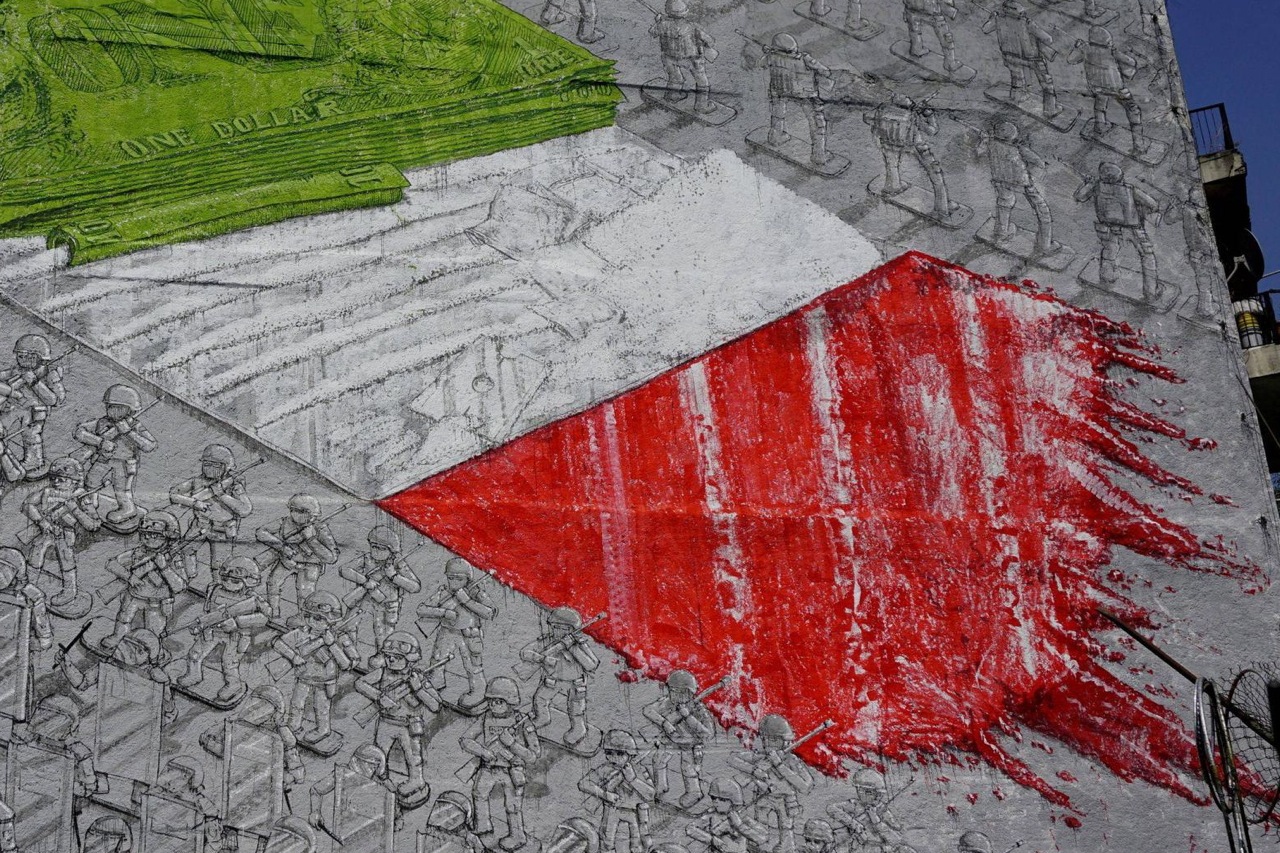 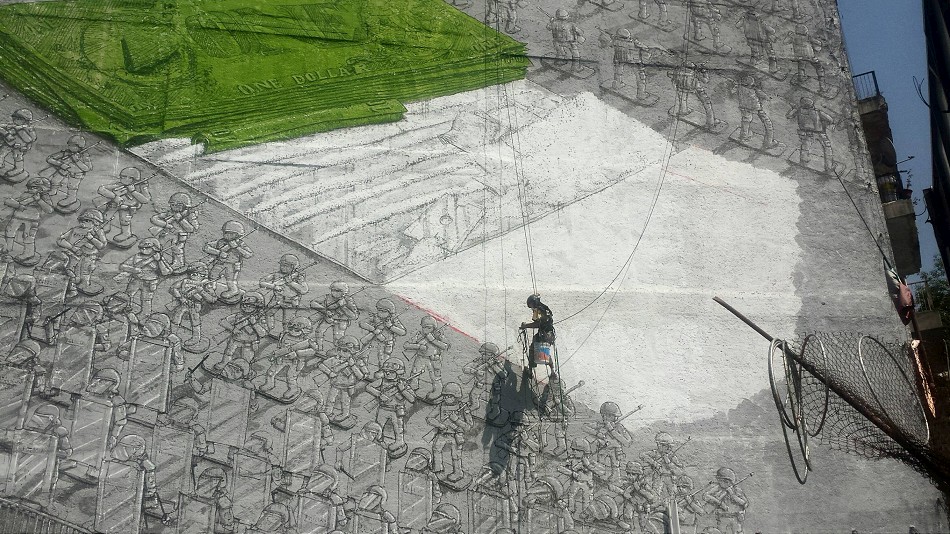